Frustrated athletes become “user innovators” when they invent for their sports.

Who invents for sports and why? Specifically, what motivates so many athletes to becomes sports inventors?

These are some of the central questions the Lemelson Center is exploring in the upcoming exhibition we’re now calling Change Your Game (formerly Game Changers). The name change—and emphasis on YOU—reflects a greater focus on our visitors. By sharing the stories of several sports inventors, we hope the exhibition inspires our visitors to see themselves as inventors and to “change their games,” whether that’s in sports or some other domain.

Time and again, we’ve observed a similar identity shift among the athlete-inventors featured in the exhibition. Athletes, we find, become frustrated—and then motivated to invent solutions—when they lose a contest, sustain an injury, or endure a bad call. Athletes with disabilities and different body types likewise invent sport-specific apparel, prostheses, and wheelchairs when they are unable to participate fully in their chosen sport. Athletes also invent just to have fun and try something new. In short, athlete-inventors are driven to develop sports technologies because of four primary motivations: 1) to improve performance and gain a competitive advantage, 2) to prevent injuries and enhance safety, 3) to improve officiating, and 4) to make sports more fun and inclusive for everyone.

These athlete-inventors engage in what MIT economist Eric von Hippel has called “user innovation.” In his book, The Sources of Innovation (1988) and other publications, von Hippel rejected the then-traditional, linear view of product development, in which firms observe an unfilled market need, engage in R&D, then introduce a new commercial product to fill the need. Instead, von Hippel found that “lead users”—experts operating at the cutting edge of their disciplines—often became frustrated with the limitations of the available tools and products in industries such as scientific instruments, tractors, and plastics. To compensate, these sophisticated users hacked and adapted their equipment, building improvised solutions that achieved better results. The manufacturers then partnered with the lead users to commercialize their prototypes.

We have found that athlete-inventors have historically experienced a similar process of user-led innovation. For example, during the 1970s, Joe Breeze and his friends invented some of the first mountain bikes when they modified vintage cruisers (nicknamed “clunkers”) with sturdier frames, brakes, and wheels to withstand the bumpy mountain trails in Marin County, California. As the niche sport became more popular, the community of mountain bikers eventually grew into a recognizable market. In 1982 and 1983, Breeze’s “Breezer 1” design became the prototype for the first commercial mountain bikes offered by vendors such as Gary Fisher, Specialized, and Univega.

Meanwhile, Lisa Lindahl was one of millions of Americans who started jogging as part of the fitness boom of the 1970s. But running was uncomfortable for Lindahl and other women because standard bras provided inadequate support. Lindahl teamed up with her childhood friend, costume designer Polly Palmer Smith, and Smith's colleague Hinda Miller to improvise a better solution. They deconstructed two men’s athletic supporters and sewed the pieces together into the “Jogbra,” a prototype sports bra. Lindahl and Miller first sold their invention through mail orders and quickly expanded their startup into a successful company.

Similarly, at the University of Maine, runner Doug DeAngelis had studied electrical engineering, run the middle distances for the Division I track team, and captained the cross-country team. After graduating in 1988, DeAngelis took an engineering job at Honeywell-Bull in Boston and ran in master’s races for a local track club. He prototyped an improved photo finish camera after growing frustrated with the Accutrack system that was popular in the 1980s.

The Accutrack photo finish camera, based on US Patent 3,829,869 issued to Jack Balko, Davis F. Moffatt, and Durward F. Searcy in 1974, used Polaroid instant film. If the gear mechanism jammed, it failed to provide usable photo finish images for DeAngelis and his fellow runners. In 1990, at age 24, DeAngelis sketched out a two-page idea for what he called a “digital Accutrack.” Instead of capturing finish-line images on Polaroid film, his concept would capture digital images of the finish line, timestamp them, and store them on a computer. In Spring 1991, DeAngelis enrolled in von Hippel’s “New Enterprises” graduate course at MIT and developed a business plan to commercialize his invention. In 1992, DeAngelis—a quintessential lead user innovator—became the founder, president, and chief technology officer of Lynx Systems Developers, which today provides photo-finish cameras and timing solutions for the Olympic Trials, Kentucky Derby, NASCAR, and the Tour de France. 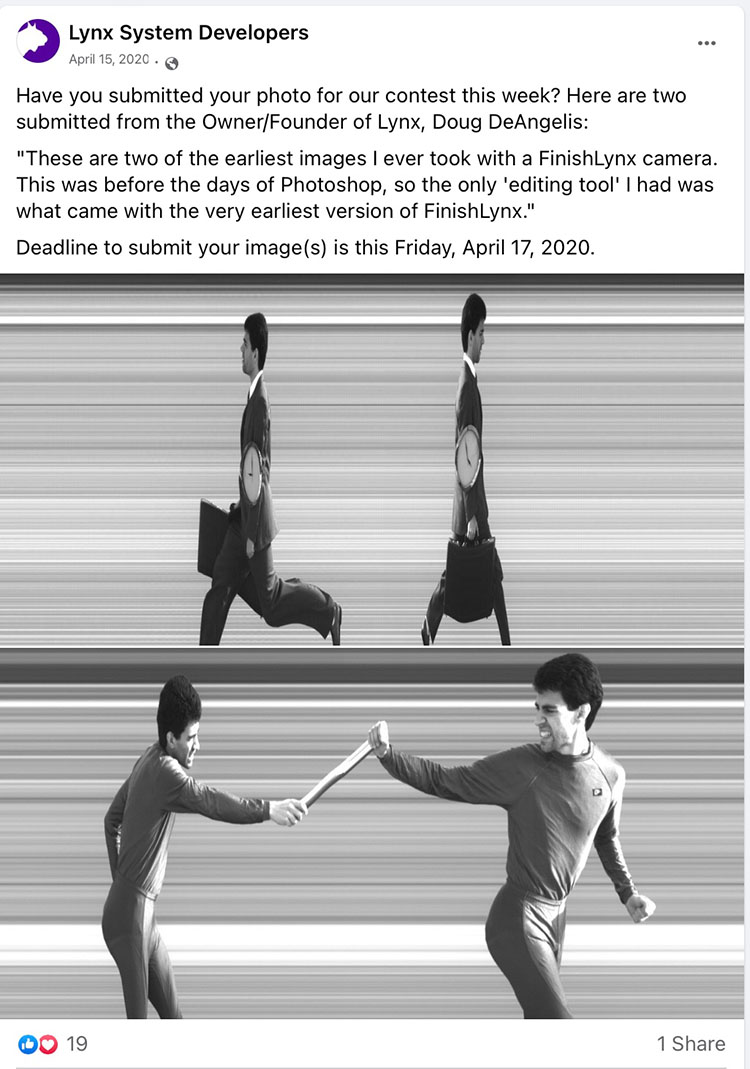 These are two of the earliest test images user innovator Doug DeAngelis (pictured) ever took with the digital FinishLynx photo finish camera, around 1991.  Courtesy of Lynx via Facebook, posted 17 April 2020

Similarly, British computer scientist Paul Hawkins invented the Hawk-Eye ball-tracking system in the late 1990s after fuming over a bad call. While Hawkins was up to bat, a cricket official called him out after determining that the ball hit his leg but otherwise would have hit the wicket. At the time, Hawkins was working on a missile defense system at Roke Manor Research Ltd., a consulting firm that provides contract research and development (R&D) services to industrial and government clients.

Hawkins decided to apply the same trajectory prediction principles to track a ball’s flight. The Hawk-Eye system uses multiple high-speed cameras and sophisticated software algorithms to precisely track and predict the speed and likely path of the ball. Hawkins successfully debuted the system at the Ashes cricket matches in August 2001, and soon adapted the technology to several other sports. Today, Hawk-Eye helps officiate 20 sports worldwide, including line calls in tennis and goal-line replays in soccer.

So why do so many athletes invent for sports? Answer: User innovators like Joe Breeze, Lisa Lindahl, Doug DeAngelis, and Paul Hawkins channeled their frustrations with the status quo to improvise and invent better solutions.

You can do this, too. As you go about your day, chances are you’ll be frustrated by something that doesn’t work very well. You can get mad . . . or you can get creative! Everyone uses technology, so each of us can become a user innovator. What will you invent today?

Lindahl, Linda Z. Unleash the Girls: The Untold Story of the Invention of the Sports Bra and How It Changed the World (And Me). Mt. Pleasant, SC: Bublish, 2019. 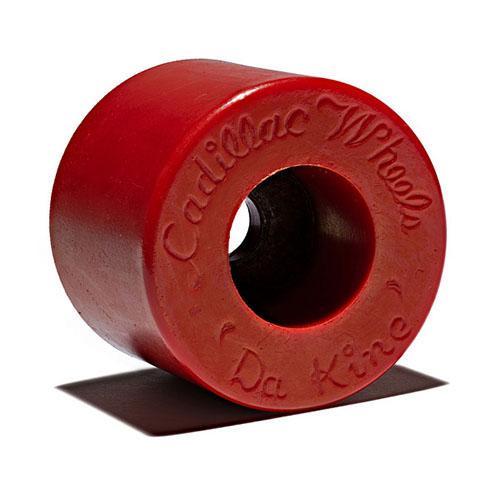 Frank Nasworthy’s development of skateboard-specific urethane “Cadillac Wheels” revolutionized the sport in the 1970s and beyond. 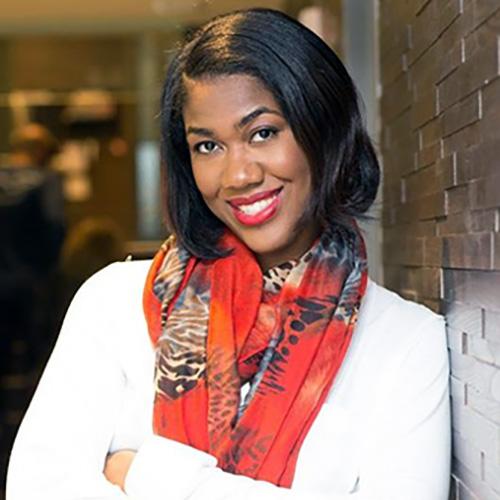 Engineering professor Dr. Tahira Reid Smith has been inventive since childhood and is best known for her automated double-Dutch jump rope machine.