Of all the devices that surround us, the cell phone may qualify as the most magical.

"Any sufficiently advanced technology is indistinguishable from magic.” Thus pronounced Sir Arthur C. Clarke, the prophetic author of 2001: A Space Odyssey and many other science fiction classics, in his “Third Law” of 1973. The connection between technology and magic can be traced back even farther than the 19th century, when electrical inventors Thomas Edison and Nikola Tesla were popularly known as wizards—a label that neither apparently tried to shed. In the era of Edison and Tesla, magic was part of the mystique of invention, and, frankly, an effective marketing strategy. Both electrical inventors were self-promoters fixated on reputation and market share.

Sir Arthur’s statement prompted me to reflect on if, and how much, times have changed. It seems to me that we are thoroughly accustomed and adapted to today’s electrical devices that have transformed our public and personal lives. They no longer astonish. Yet these gadgets are more powerful, mysterious, and “magical,” than ever. Their inner workings are infinitely miniaturized and shrouded in impenetrable disposable boxes. We are increasingly reliant on latter-day magicians, a priesthood of technicians, to mediate between them and us.

Of all the devices that surround us, the cell phone may qualify as the most magical. Yet, unlike other disruptive technologies—the telegraph, telephone, and light bulb—few people are familiar with the name of its inventor, Martin “Marty” Cooper. I had the privilege of interviewing him in a public forum last month. (Watch the interview on C-SPAN3). 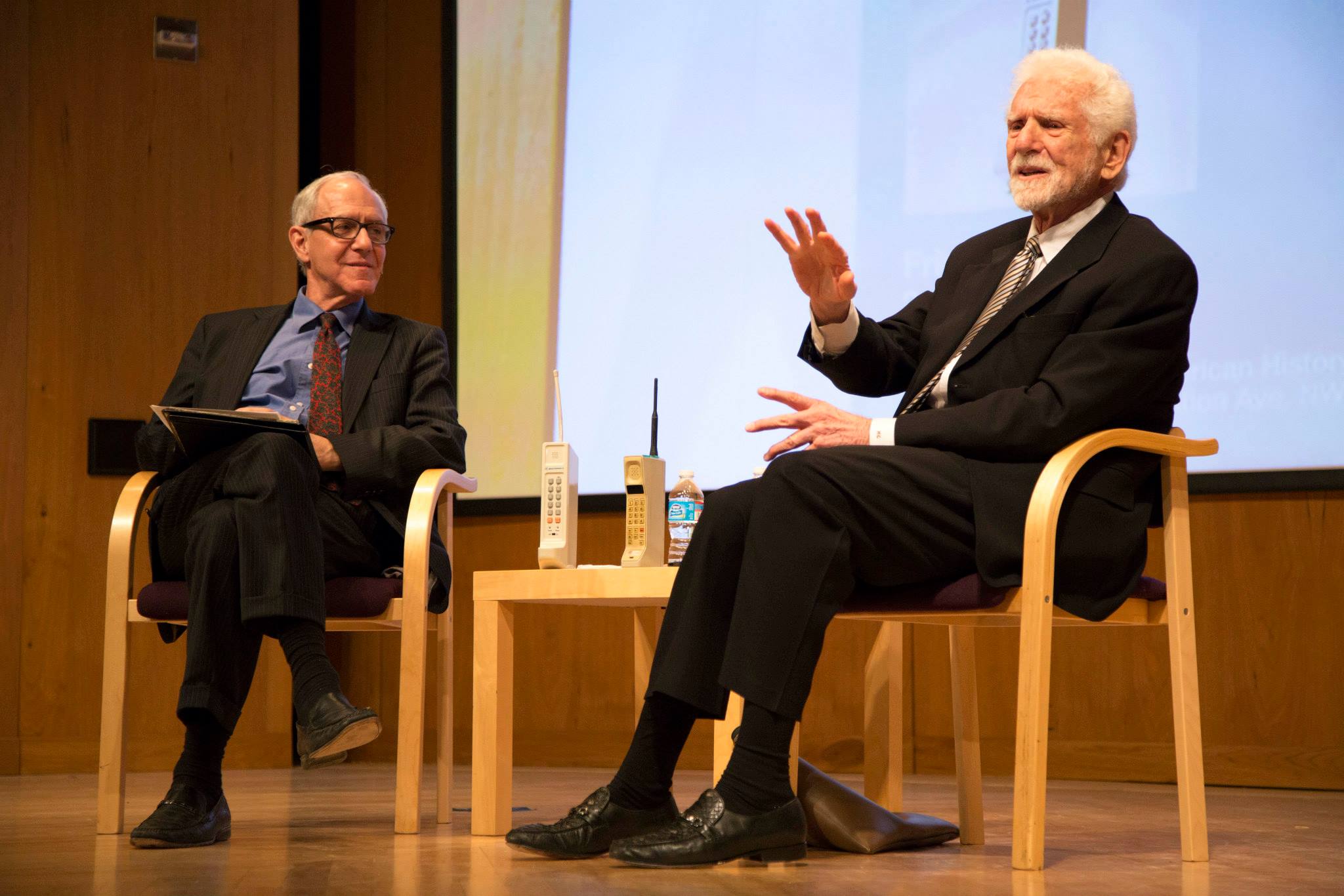 While working at Motorola, Cooper introduced the public to the first true cell phone in 1973 (the year that Clarke handed down his Third Law), and brought forth what is surely the most ubiquitous technology on the planet. It is estimated that the number of cell phones in use in 2014 will actually exceed the world population of seven billion. A game-changing technology by any measure, it has become the continually-evolving platform for a dizzying array of novel devices whose social impacts are incalculable. We humans are the ultimate social animals and, for good or ill, the cell phone is the perfect tool for addressing our social needs—and neediness.

Yet Marty Cooper refuses to mystify himself or his amazing accomplishment. One of the most down-to-earth people I have ever met, the trim white-haired Cooper is above all a teacher, devoted to building bridges between the public and technology.

During our interview last month, I asked Cooper about his “Eureka moment” in the discovery of the cell phone. He immediately rejoined that there never was such a moment—and added that I should not have expected one. Like almost all major inventions, he said, the cell phone was the culmination of many small, often anonymous improvements made over a long period. He gave ample credit to his coworkers at Motorola as well as to other engineers, and stressed that he never came forth with the mythical “Aha!” It was not magic, but plain hard work. The greatest challenge was reducing the size of the phone, called the Dyna-TAC, from the size of a brick (hence, the nickname) weighing 2.5 pounds. Even after the major breakthrough of the invention of the integrated circuit, shrinking the handset was a long, hard slog. 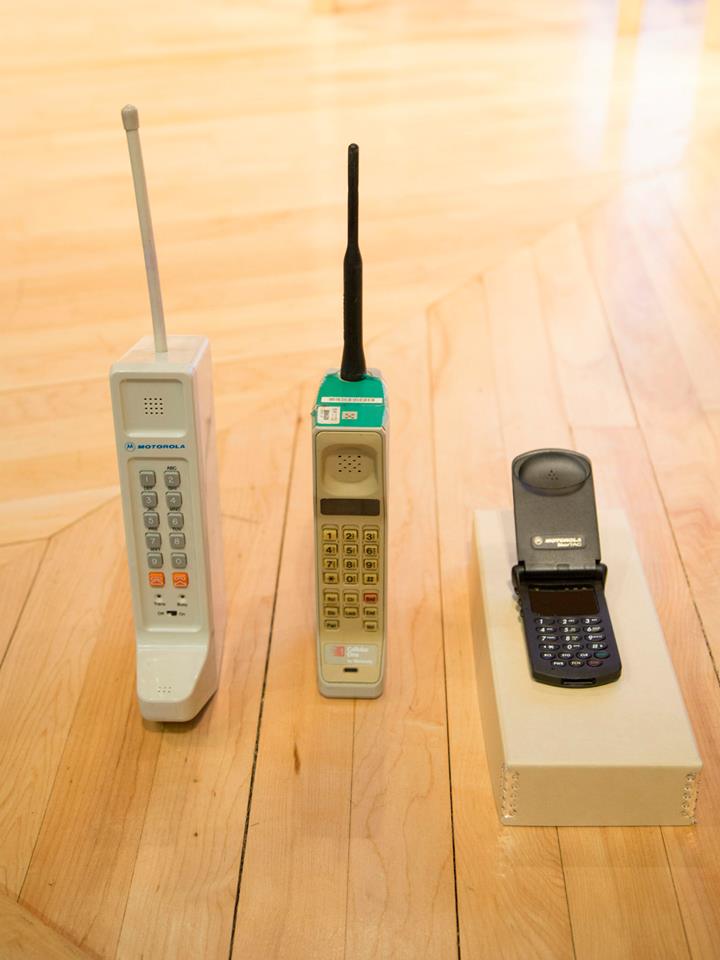 Well, what about your April 3, 1973, public demonstration of the first cell phone in New York City, I asked? Was it anything like Samuel Morse’s first telegraph message, “What hath God wrought?”—a line borrowed from the Bible. No, his was hardly a mystical moment, Cooper remembered. He made the call not to a colleague, but to Joel Engel, his rival at AT&T, who was then working on a cellular car phone. Known for his puckish sense of humor, Marty said: “Joel, I’m calling you from a cellular phone, a real cellular phone, a handheld, portable, real cellular phone,” making sure that Engel got the point.

Another major thing Cooper wanted us to know is that a cell phone is not a phone at all. Unlike illusionists who try to distract our gaze when they perform their tricks, he pointed out exactly where we should look. He explained that the cell phone is a special kind of radio, tracing its lineage not to Bell but to radio pioneer Guglielmo Marconi (that’s why the sound you hear when you first turn on your handset isn’t the once-familiar dial tone but the hiss of radio static.) As a communications engineer, this is a lineage that he is clearly proud of.

As for his greatest accomplishment, Cooper is quoted as saying the “personal telephone [is] something that would represent an individual, so you could assign a number not to a place, not to a desk, not to a home, but to a person.” The capability of calling an individual rather than a place, he insists, was the real value of his technical breakthrough. AT&T was focused on the car phone—place, not person. Told repeatedly that the personal cell phone was impossible, Cooper prides himself on his perseverance and faith in himself. No surprise then that he puts great stock in the cell phone as an agent of human individuality in our mass culture. That is its essence and true magic. 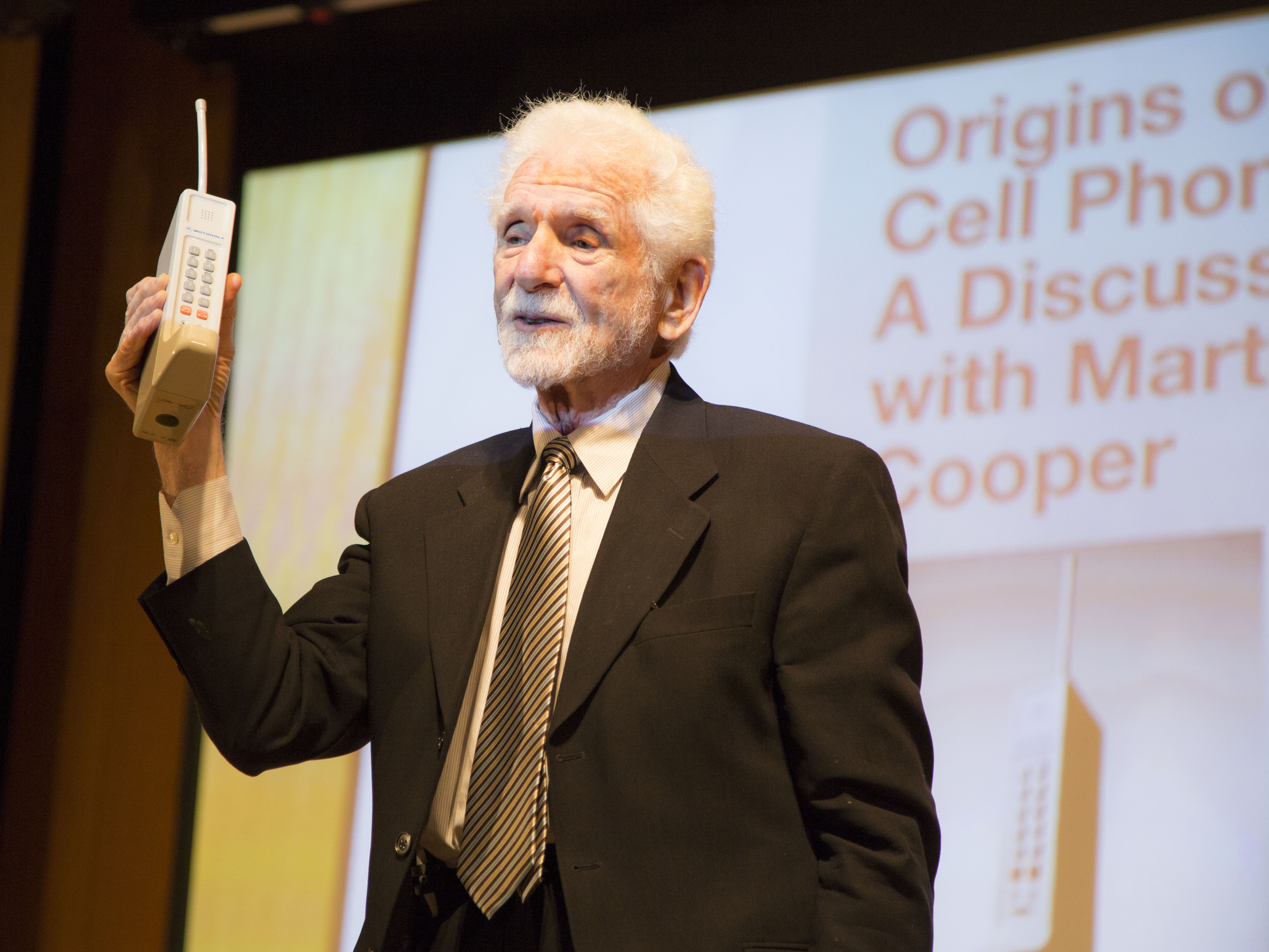 Cooper holds up his invention. Photo by Chris Gauthier.

In May, the Lemelson Center will join with Smithsonian Magazine and the Arthur C. Clarke Center for Human Imagination to explore themes of invention both magical and factual. The 2014 “The Future Is Here” festival will focus on “Science Meets Science Fiction: Imagination, Inspiration, and Invention.” We are inviting the public to explore with us the tantalizing realm where the real, the imagined, and the illusory meet—if not in the “Twilight Zone,” at least in the same neighborhood. “Science Meets Science Fiction” will open new vistas on society’s future by highlighting the visionaries in science, invention, and science fiction who epitomize human imagination and creativity. We invite you to join us. But we’ll ask you to silence your cell phones.

This program was made possible through the support of the Smithsonian Grand Challenge Consortia and was organized through a partnership with the project Fixing Connections: The Art & Science of Repair led by Joshua A. Bell (NMNH) with Jim Deutsch (CFCH), Fath Ruffins (NMAH), and Joel Kuipers (GW).