Did mastery of metallurgy open the door to ancient, and thus modern, inequality?

The following is a guest post by Edward Tenner, a senior research associate of the Lemelson Center and author of Why Things Bite Back and Our Own Devices.

More than 50 years ago, Israeli archaeologist Pessah Bar-Adon discovered a trove of over 400 copper objects and other priceless artifacts in a cave high in the cliffs overlooking the Dead Sea. The Polish-born scholar, who had lived for years among the Bedouin, had uncovered the “Cave of the Treasure” by a dry riverbed known as Nahal Mishmar. Originally chosen for its remoteness, the site was used by a vanished civilization over 6,000 years ago. The artifacts helped define the Chalcolithic or Copper Age of technology (4500-3600 BCE), first recognized in the early 20th century. This era marked a transition from the Stone Age to metallurgy, which brought with it the rise of villages controlled by chiefs, an expansion of agriculture, and the development of specialized crafts on an unprecedented scale.

Masters of Fire: Copper Age Art from Israel, an exhibition currently on view at the New York University Institute for the Study of the Ancient World (it will travel next to the Legion of Honor Museum in San Francisco), features stunning and often enigmatic objects (like anthropomorphic and zoomorphic ossuaries that held the bones of the dead) from Nahal Mishmar and other Chalcolithic periods sites. Beyond examining the artistry of the objects, the exhibition raises a fascinating question: Did mastery of metallurgy open the door to ancient, and thus modern, inequality?

Connections between metalworking and elitism have been made in other contexts. Investigations of the 5,000-year-old South Tyrol mummy Oetzi, for example, suggest that his copper-bladed axe was not only a highly efficient tool but a status symbol available solely to a small number of elite males. While the Nahal Mishmar hoard yielded clearly practical copper objects—such as heads of the maces that were the characteristic weapon of the period—it also included finely-worked “scepters,” “crowns,” and vessels that suggest the wealth and prestige of those reburied there, and the riches of their temples. 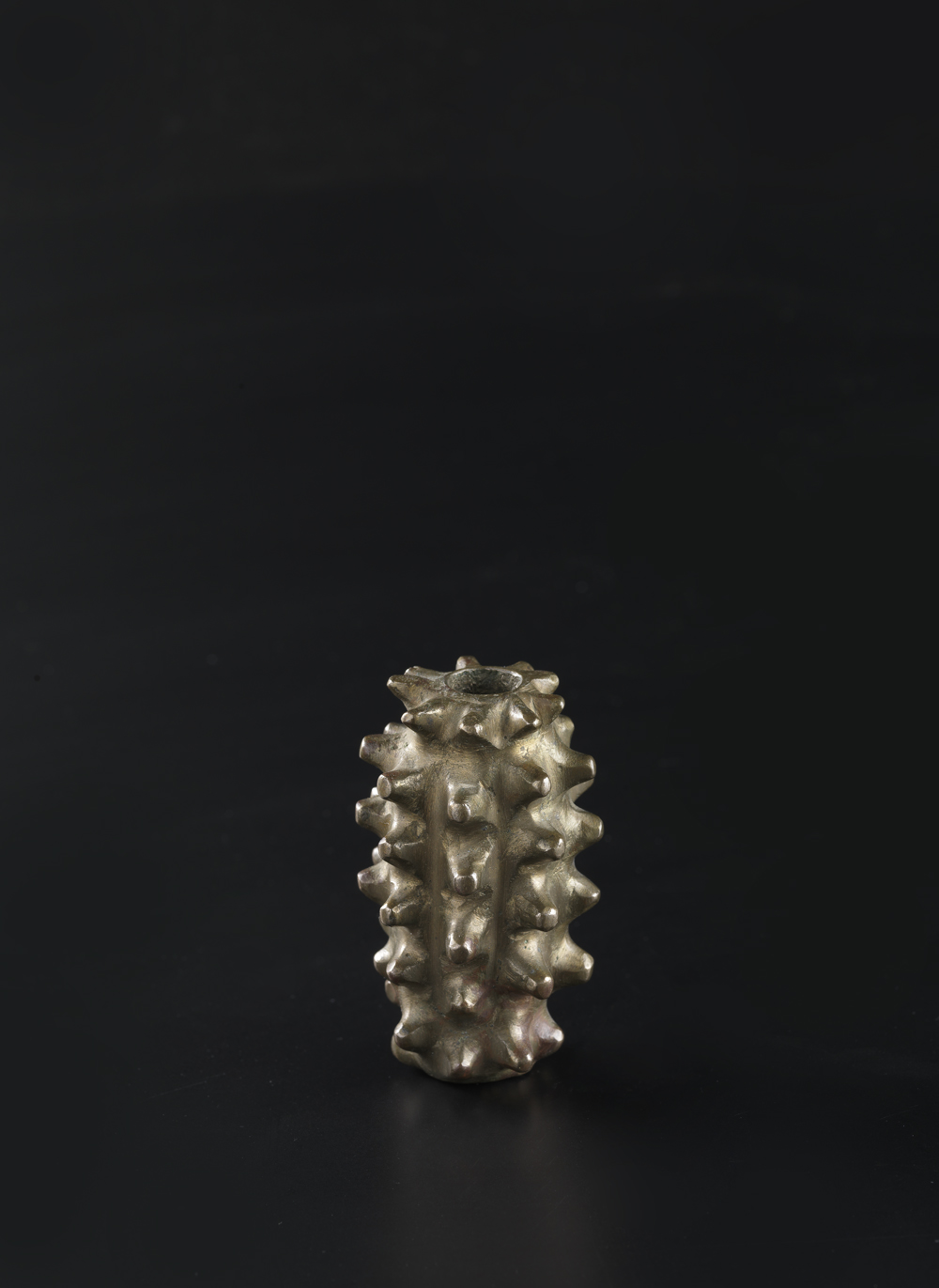 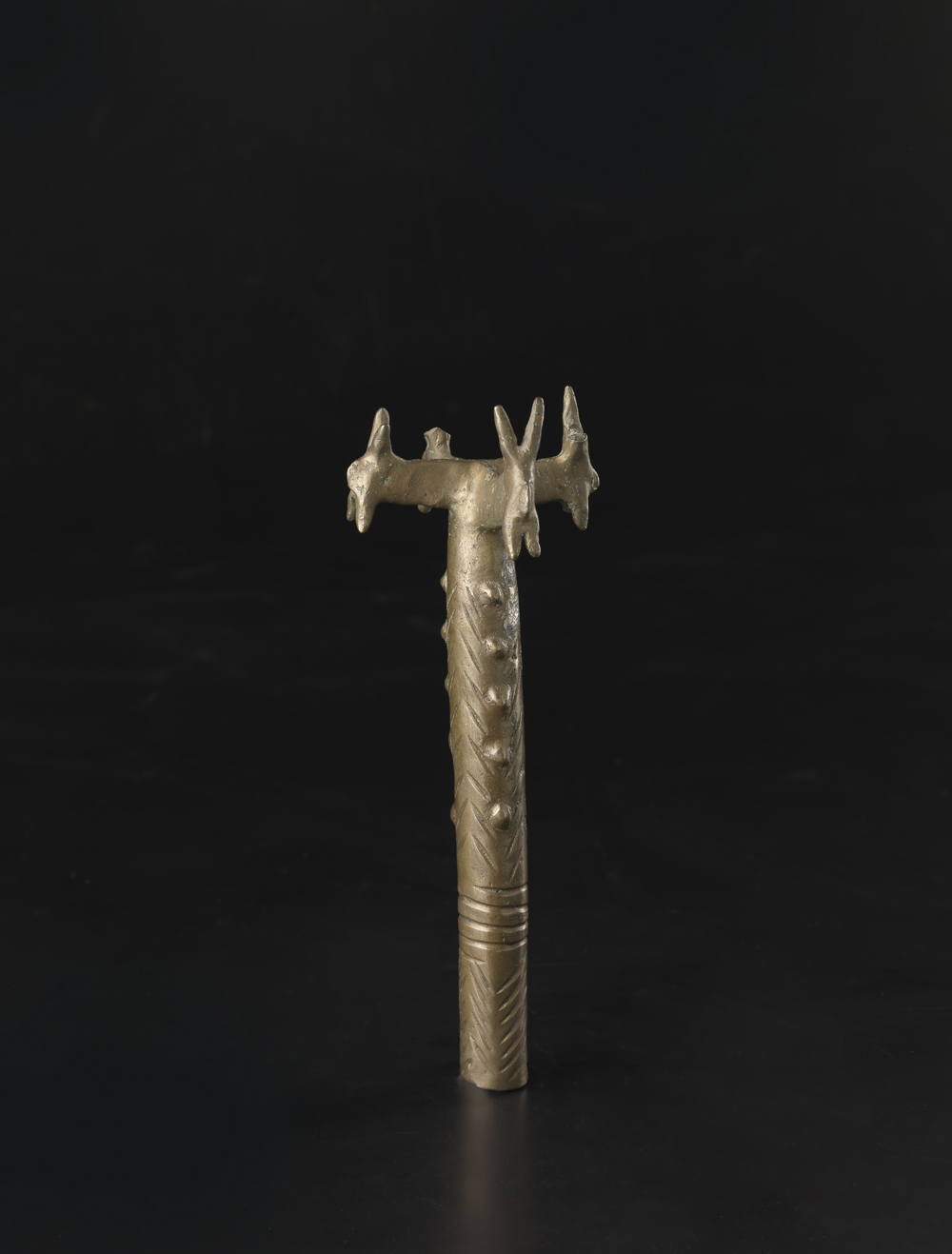 Whatever the objects mean and however they were used, the cost of obtaining, transporting, and smelting ore, and working copper—not to mention military protection of the new wealth—promoted inequality and social stratification. As Thomas E. Levy writes in the handsomely illustrated exhibition catalog, it took 35 hours of smelting time and 50 hours of work to produce a single copper axe. An egalitarian Neolithic society could not finance such skilled and specialized production without changing its character. “Once this transition was put in place, by the early fourth millennium BCE,” Levy writes, there was no returning.”

If you’re in New York through this weekend, or in the Bay Area this summer or fall, don’t miss this mesmerizing exhibition (there’s an excellent review by Edward Rothstein of the New York Times).