Each March, we celebrate Women’s History Month, so naturally, here at the Lemelson Center we like to mark the achievements of historic women inventors. Identifying those inventors is easy . . . right?

Actually, it’s not so easy to identify women inventors, at least not from patent records. Patents provide a remarkable amount of publicly available information that is a boon to historians and researchers. In addition to the technical details of the new invention, a patent includes an inventor’s name, location (city and state, or city and country for foreign patentees), classification by technology type, and citations to earlier patents. However, US patents have never included information about the inventor’s gender.

In the original Patent Act of 1790, there was no language—and so no restrictions—limiting patentees based on gender, race, age, religion, nation of origin, or any other category. During the 19th century—a period when women were unable to vote and had limited political and property rights—the patent system was not perfect, but it was one of America’s most gender-blind institutions. That said, the lack of gender identification on patents made it difficult for contemporary activists to assess the number of women patentees.

One of the earliest efforts to accurately count women inventors was championed by feminist reformer Charlotte Smith. Smith is largely forgotten today, but during the late nineteenth century, she was a well-known crusader for working women, and is probably still the most famous advocate on behalf of women inventors. Through her tireless efforts, the United States Patent Office published the first official list of women patentees in 1888.

Smith herself was not an inventor, but in The Woman Inventor (1891), a self-published broadside, she described how she was inspired to become their champion. Between 1872 and 1878, Smith lived in St. Louis and published a regional, general interest magazine, The Inland Monthly that was written, typeset, printed, and mailed entirely by women. In 1875, Smith was contacted by Mary S., the pseudonym for a struggling St. Louis inventor.  Mary S. had read an Inland Monthly article on “the practical occupations for women and their position as inventors.” She was the daughter of a talented but feckless inventor, a drunkard “with no financial ability” who sold each of his inventions “for the paltry sum of five or ten dollars.” After her father's death, Smith noted, Mary S. “perfected and executed thirty seven different inventions that her father had commenced, but never completed” and developed “sixteen different inventions of her own.” Mary S. sold her inventions to “agents in New York, Washington and St. Louis,” yet “she died a pauper” in 1880. Smith lamented that her friend “furnished the brains for man to create wealth, when he himself had not the genius to invent, but only the craftiness and cunning to take away the products of that woman's inventive labor.”  Smith recalled that Mary S. “implored me before she died to see that in the future justice was done to women inventors.”

Women—and women inventors—suffered many injustices due to the prevailing social and legal conditions of the late nineteenth century. First, women had fewer opportunities for technical education. Plus, many in the middle- and upper-classes of society considered it “unladylike” for a woman to perform technical or manual labor, which also would have suggested that her husband or father was not sufficiently providing for her. Moreover, laws in many states assigned all marital property rights to husbands, and prohibited married women from owning or controlling property in their own names. Writing in 1883, Matilda Joslyn Gage described how these property laws discouraged women inventors:

Should such a woman be successful in obtaining a patent, what then? Would she be free to do as she pleased with it? Not at all. She would hold no right, title, or power over this work of her own brain. She would possess no legal right to contract, or to license any one to use her invention. Neither, should her right be infringed, could she sue the offender. Her husband could take out the patent in his own name, sell her invention for his own sole benefit, give it away if he so chose, or refrain from using it, and for all this she would have no remedy.

These draconian property laws and the social norms of the era deterred many women from becoming inventors. Meanwhile, those women who did invent were often forced to have their patents issued in the names of their husbands, fathers, brothers, or male patent attorneys.

As a result, there was little credible information about the breadth and scope of women’s inventive activity. So when Charlotte Smith sold The Inland Monthly and moved to Washington, DC in 1879, she kept her promise to Mary S. by convincing the Patent Office to compile an official, comprehensive list of female patentees. Unofficial lists had already been circulating for a few years. For example, in March 1877 investigative journalist Ida M. Tarbell published an article titled “Women as Inventors” that reported that 1,935 women had received US patents between 1790 and December 1886. However, Smith believed it was critical to establish—with the official imprimatur of the Patent Office—exactly how many women had been engaged in invention.

Smith spent the next several years writing letters and calling upon four successive Patent Commissioners, even visiting Commissioner Benton Jay Hall in person—seventeen different times. The commissioners’ polite excuse was always a shortage of funds and clerical time, so Smith spoke before Congress and obtained the necessary $300 appropriation. In 1888, four Patent Office clerks compiled the official published list—Women Inventors to Whom Patents Have Been Granted by the United States Government, 1790 to July 1, 1888—a chronological listing of the inventor’s name, address, patent title, patent number, and issue date of 2,297 patents earned by women. The clerks’ method was simple, if not rigorous; they spent about 10 days culling what sounded like women’s names from the cumulative list of nearly half a million patents. The Patent Office subsequently published two later installments, bringing the list up to date in 1892 and 1895. These lists provided activists like Smith (and future historians) with an unassailable, government-sponsored record of women’s inventive activity.

For historians of invention, the significance of the Patent Office’s list of women patentees (hereafter cited as LWP) can scarcely be overstated.  As scholar Autumn Stanley (1987) has suggested, when considering women inventors of the 19th century, the LWP is “the only easily usable source with any pretensions to completeness.” Yet Stanley also cautions that “this crucial source is far from perfect,” due to a number of omissions. To understand the scope of those omissions, Stanley systematically examined one entire year of patents (1876) as published by the Patent Office, counted all of the women’s names, and then compared the total against LWP’s total. In 1876 alone, she found 33 patentees with unmistakably female names that did not appear on the LWP. Since LWP listed 124 women’s patents for 1876, that means the Patent Office’s clerk-compilers omitted one women’s invention for every four they recorded. Extrapolating this omission rate across the entire date range (1790-1888) suggests that the LWP should contain 7,008 women’s names instead of the 5,535 it lists. 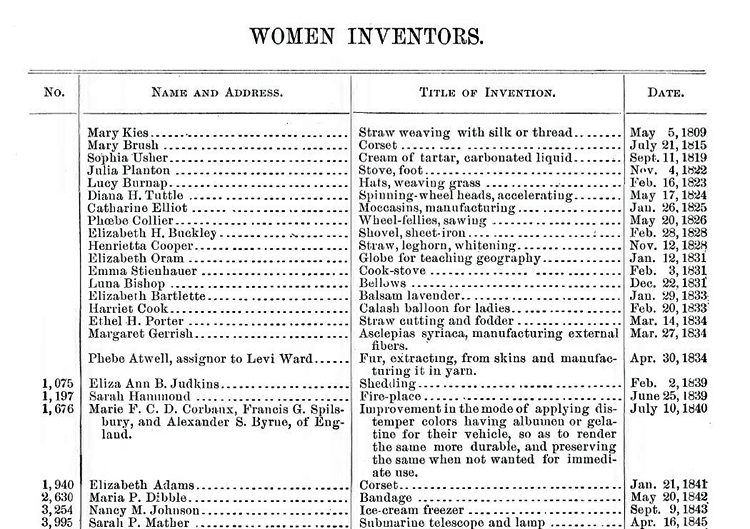 The first page of the Patent Office’s list of women patentees, 1888.  In 1809, inventor Mary Kies was the first woman to receive a U.S. Patent, an un-numbered grant for an improved method of weaving straw with silk thread to make hats.

Who were some of the women inventors omitted from the Patent office’s 1888 list and what were their inventions? One omission is Martha J. Coston;  she secured a patent for naval night-time signaling devices in 1859, on behalf of her deceased husband Franklin. This omission by the clerk-compilers might have been justified considering the circumstances, but Martha took the patent and ran with it. The three-colored pyrotechnics revolutionized naval communications and received considerable publicity when the United States Navy and other fleets adopted it. Coston secured an improvement patent in 1871 and built a long-standing, successful business; the Coston Supply Company was still in operation through the late 1970s. 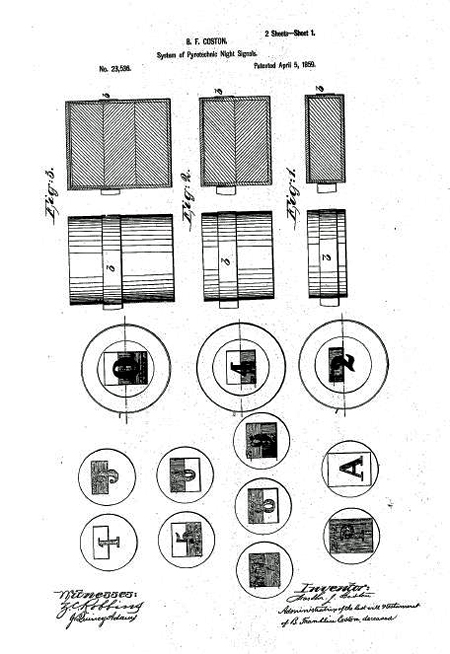 Martha J. Coston secured a patent on behalf of her late husband, B. Franklin Coston, for a “System of Pyrotechnic Night Signals,” US Patent 23,536, issued 5 April 1859. It was omitted from the LWP.

Why were these and other women inventors omitted from or under-represented on the list? Stanley suggests that the male clerk-compilers in 1888 were simply biased in their evaluations. Many of the patents listed on the LWP, like Mary Carpenter's, were for domestic technologies (such as sewing equipment and clothing accessories) traditionally associated with women. However, the inventions by Martha Coston and other missing inventors were for military and industrial uses, i.e., fields that were not traditionally associated with women during the 19th century. Stanley suspects that the clerk-compilers, upon finding a woman’s name associated with an industrial invention, simply assumed that it could not be true, and omitted these patents from the list. Through their incomplete compilation, the clerk-compilers of the LWP both reflected and reinforced the stereotype that women only invented in so-called domestic areas.

So as we mark Women’s History Month, we should celebrate the achievements of women inventors such as Martha Coston and Mary Carpenter. But we should also honor the determination of advocates and scholars such as Charlotte Smith and Autumn Stanley, who ensured that their stories came to light. 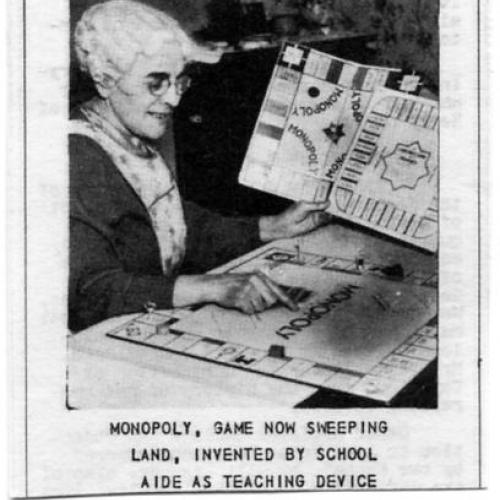 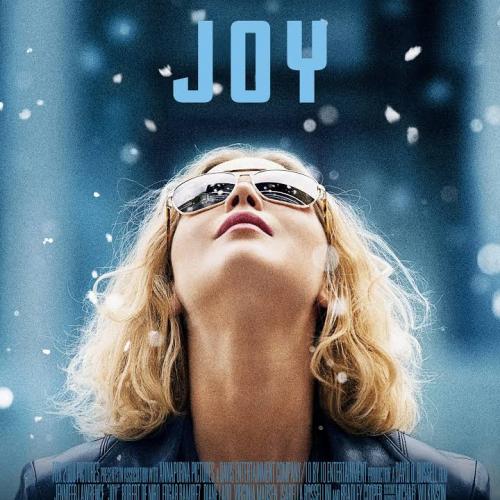