Schematic for the Zip-R-Lok. Courtesy of David Haas

If you have ever been concerned about theft from your bag, this invention story is for you.

If you are someone who has been concerned about theft from your carry bag or handbag, and use some type of anti-theft or anti-pickpocket device, this invention story may relate to you. It’s about an anti-theft latch, originally called the Zip-R-Lok, invented about twenty years ago—it was an early, may even the first, anti-pickpocket latch for women's purses and carry bags. The Zip-R-Lok was patented in 2005 (US Patent 6,851,285), manufactured and introduced for sale through advertising, and shown at many travel luggage trade shows, retail stores, and airports. It was a complete commercial failure, for clear and understandable reasons that should have been envisioned by the inventor/entrepreneur at the time. This article really provides lessons for novice inventors.

Most of you have probably seen the current snaps and reverse latches on purses and carry bags sold in travel stores today. And you will understand, after looking at the Zip-R-Lok, why it failed. I give credit to the designers and marketers of these recent anti-theft devices for purses and carry bags for their vision—and for the cleverness that did not prevail with the Zip-R-Lok.

Before I progress too far, the most important lesson to be learned by new inventors is: “Do not fall in love with your invention!” Of course, I have done this several times, so I am speaking from experience. Falling in love with your invention, no matter what it is, leads to making serious decisions based on emotion, not business sense. As I look back on some of these decisions, I find it hard to believe that I actually made them.  But of course I did, because they were purely emotional decisions, and we all know how “love” can effect everything.

The Zip-R-Lok story begins with a personal experience that motivated me sufficiently to dream up a product that almost solved the problem. My wife Sandra and I were on a business trip to Paris; she had her wallet in a backpack-like handbag on her shoulders. While on a back street looking in store windows, a pickpocket approached her from the rear, unzipped the backpack and was in the midst of removing her wallet when she let out a scream. I was startled, and so was the pickpocket, who dropped the wallet and ran. After this very upsetting experience, I began thinking about how to prevent pickpockets from casually opening women’s purses and other zipper bags. When we returned to the United States, I spent quite a bit of time searching the internet, browsing catalogues, and visiting department stores, just to see what devices already existed on carry bags and purses to prevent casual opening by individuals other than the owner. I basically found nothing in the retail stores and it appeared that anti-theft devices for bags just did not exist. So that encouraged me to give this topic a lot a thought.

To my surprise, a functional latch attached to the zipper pull required a number of important design characteristics: 1) it must be small, inexpensive, and lightweight; 2) it must be easy and fast (really fast) for the owner to open, but difficult for a pickpocket to open; and 3) it must be attractive, or else the manufacturers (and users) would never want it visible on their bags.

So this proved to be more of a challenge than I expected, but after a few months I had an idea. This device—Zip-R-Lok—has a simple plunger as a deterrent—not a lock, just call it a latch. The latching device is a push and rotate plunger (key) that engaged and unlocked in only one of several positions to release the latch. So pickpockets could not open it easily because they would not know in advance the correct rotation position for the key, and it would also require two hands to "push and hold" the key in, which pickpockets do not have available. This latch could be quite small, inexpensive, and molded in only two parts (see US Patent 6,851,285).  Its shape would be a small cylinder, attractive with a chain. It could also be molded in different colors in addition to being offered in a silver color (most popular). After considerable experimentation, we made several metal prototypes and sure enough, they worked well.  The individuals we showed the latch to liked them, both men and women.  Everything in our mind was positive (except for the truth—I loved this product too much!).

In the years 2000–2010, there were few if any security or anti-pickpocket devices for handbags—no hooks or latches on any purse or bag items in retail stores. Zip-R-Lok definitely presented a new product to the marketplace and the retail people we showed it to were impressed (of course, something new for them to sell!). Many of them said they had had customers request secure, anti-pickpocket purses. This great invention was ready to go.

I presented the Zip-R-Lok, along with our patent application, to a security accessory manufacturer I knew well—they loved it, too! After performing some simple marketing investigations and showing the prototypes at several security and travel trade shows, they licensed it from me and immediately put the product into production. The first production run was ten thousand pieces in multiple colors including silver. They showed the Zip-R-Lok to their security and retail dealers along with a number of distributors who sold to major retail stores. I attended several of these trade shows in order to hear the responses.

The Zip-R-Loks were individually packaged on brightly colored cards with full instructions and the single digit (1-10) security code. During the product introduction, thousands of samples were distributed. The product was placed on consignment in a number of retail stores. Individuals who tried samples and used the latch were very happy as it provided them with a feeling of security unavailable at that time, particularly in large cities like New York—especially in Times Square which, just like Paris, was a pickpocket hotspot.

But after a few months, we were unable to sell our latch to any major handbag manufacturer or vendor. There just were no orders. In about six months, we surveyed many of the individuals who had tried the product and they all said similar things.  First, while it was true that the Zip-R-Lok made them feel more secure, and that they liked it, it simply proved to be a nuisance each time they opened their bags (a barrier greater than the perceived threat). Second, even though they could open the Zip-R-Lok in only two or three seconds, this proved to be much too long; less than a second may have been acceptable.

However, as with any new product, many of these handbag and luggage companies followed our lead and now offer simple theft resistant bags of all sorts. They had the foresight and experience that we did not have, they had real sales outlets where they could show real customers and sales staff, they had real stores and vendors who could provide feedback, they could manufacture a few dozen units and put them on display in real stores just to see if the product would really sell to real customers. This is the name of the new product game.

I can only say that we take great pride in our accomplishment for introducing additional personal security to society. It appears that we certainly did create a new market niche that has continued to be successful. (And Sandra has purchased several (many!) of these security handbags!) Of course, this adventure cost us a few dollars, but as with any new product venture, we did not "bet our lives" on its success, and it did not jeopardize our future livelihood. This invention, which of course was very exciting (and "we loved it so much"), re-taught us a lesson that , of course, we already knew but had forgotten. And unfortunately, that is the story for so many new products and entrepreneurs who fail to learn the lessons of the past.

As a final statement, I decided to present what was actually wrong with the Zip-R-Lok design. We learn by our mistakes!

1. Overdesigned. Whereas the Zip-R-Lok really would prevent a pickpocket from opening a zipper, as simple as it is, it was much too complicated. A secret single-digit combination did the job, but the new simple clip-on latches, both forward and reverse clips, are sufficient. Remember, a pickpocket will just move on to the next person's purse once they discover a barrier.

2. Too complicated. Even though individuals could open the latch within a few seconds, it was still too long and complicated for the average person. If we had test marketed real samples, this fault would have become obvious.

3. Too costly to manufacture. Whereas the Zip-R-Lok costs less than fifty cents to manufacture, a simple bent metal clip only costs a few cents. Just being too clever can increase the cost and complexity of the product.

4. Patent protection was probably not needed as the product proved to be impractical.

5. We failed to adequately test market the product, and failed to understand the lack of initial sales.

6. Do not fall in love with your invention!

David Haas studied physics, biophysics, and X-ray crystallography, held postdoctoral fellowships in Europe, and then worked as Principal Scientist (X-rays) at Philips Electronic Instruments. He and his wife Sandra later developed and manufactured sophisticated security ID products for 20 years. They hold 50 patents and have authored several monographs, publications, and videos. 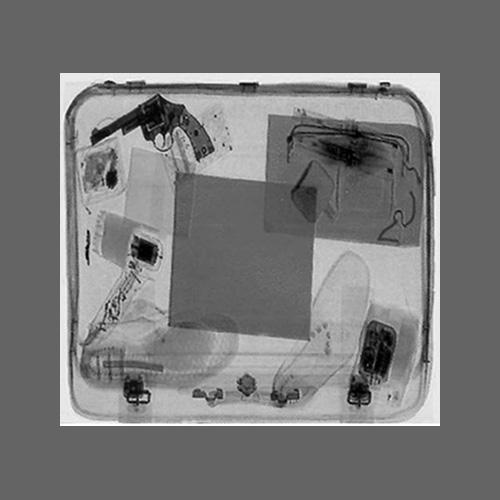 The Two Inventors Who Made Airline Travel Safer 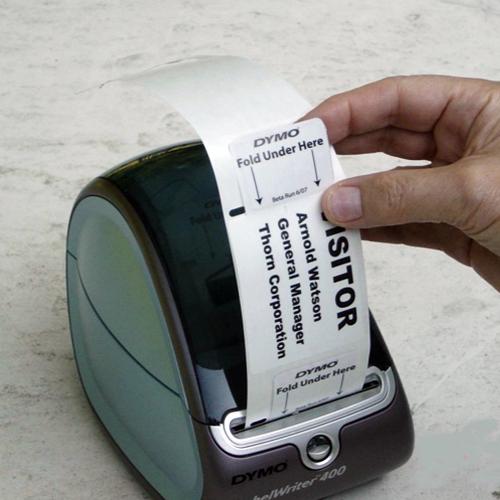