The proliferation of specialty coffee shops has fundamentally changed how the world consumes coffee. But can there really ever be a perfect cup of coffee?

My family is obsessed with Dunkin’ Donuts coffee. The ubiquitous pink and orange logo is emblazoned in my memory. Grandpa Andy’s routine consists of a daily walk to the nearest Dunkin’s―about 500 yards from the house he built―for two cups of medium regular. Those cups sit on the kitchen counter until the moment comes to zap one in the microwave for a minute before he sits down with the daily crossword. His affection for the beverage is so well known that people bring him souvenir coffee cups from all over the world. His collection now contains over 2500 unique cups. The irony? He always drinks his coffee out of Dunkin styrofoam, never out of a reusable mug.

So when I flew the coop at the age of 18, the best coffee I’d ever had was a Dunkin iced hazelnut extra extra. Now, not an insignificant number of years later, I can’t even bring myself to drink the stuff. What changed? Sure, my tastes have changed. But back then, that’s all that was available in the small city I called home. These days, the proliferation of specialty coffee shops has fundamentally changed how the world consumes coffee. Innovations in coffee consumption are at the heart of this transformation.

The roasting and brewing of coffee didn’t change much between the 1400s and late 1800s. From Yemen to China to Ethiopia, the process by which green coffee beans were converted into dark, caffeinated liquid was pretty much the same: small batches of dried beans were cooked in a pan over a source of heat, then pulverized and steeped in hot water.

That all changed in 1880s, when Jabez Burns patented his coffee roaster.

Suddenly, coffee could be roasted in volume. At the same time, the industrial revolution introduced workers to unnatural sleep patterns and long hours. While coffee roasters previously had paid particular attention to sourcing good quality coffee beans, producing in large quantities to satisfy the needs of workers resulted in lower quality roasts. The invention opened a new market from which iconic brands such as Folgers and Maxwell House emerged.

Then, in 1890, an inventor from New Zealand named David Strang created instant coffee, and (in my opinion) the quest for the perfectly roasted cup took a huge leap backwards. I know some people swear by instant coffee, but, to me, instant coffee is a poor substitute for the real thing. Despite this, the popularity of the freeze-dried substance grew. It was sent overseas with the troops during the two world wars, and it became a staple in many households throughout the century. This was known as The First Wave of coffee.

Folgers and Maxwell House may be the most well known mass producers of coffee, both instant coffee and the traditional kind. And up until the 1950s, most coffee consumption was done at home, in sit-down restaurants, or on the fields of battle. But then came the second wave of coffee, with the introduction of the quick stop coffee shops like Dunkin’ Donuts, Peet’s Coffee, and Starbucks. It might not be fair to put all those in the same category, and depending on your loyalties, you might be offended by this notion. Peet’s Coffee is known to have been the first to rediscover, if you will, that coffee—depending on the origins and roasting methods—could have nuances in flavor. It was also at a Peet’s Coffee that many Americans first encountered espresso and the myriad drinks that have since proliferated.

With this second wave, the emphasis shifted from the need for mass production to the desire for a better cup of coffee, and retail prices rose in conjunction with it. This lead to inventions such as the French Press coffee maker, the moka pot, the Mr. Coffee automatic coffee maker, and (my personal favorite) the Chemex. Chemex is my favorite because it was invented and is still produced in a town I consider a second home, Pittsfield, MA. It also, until recently, produced the best cup of coffee I have ever tasted. 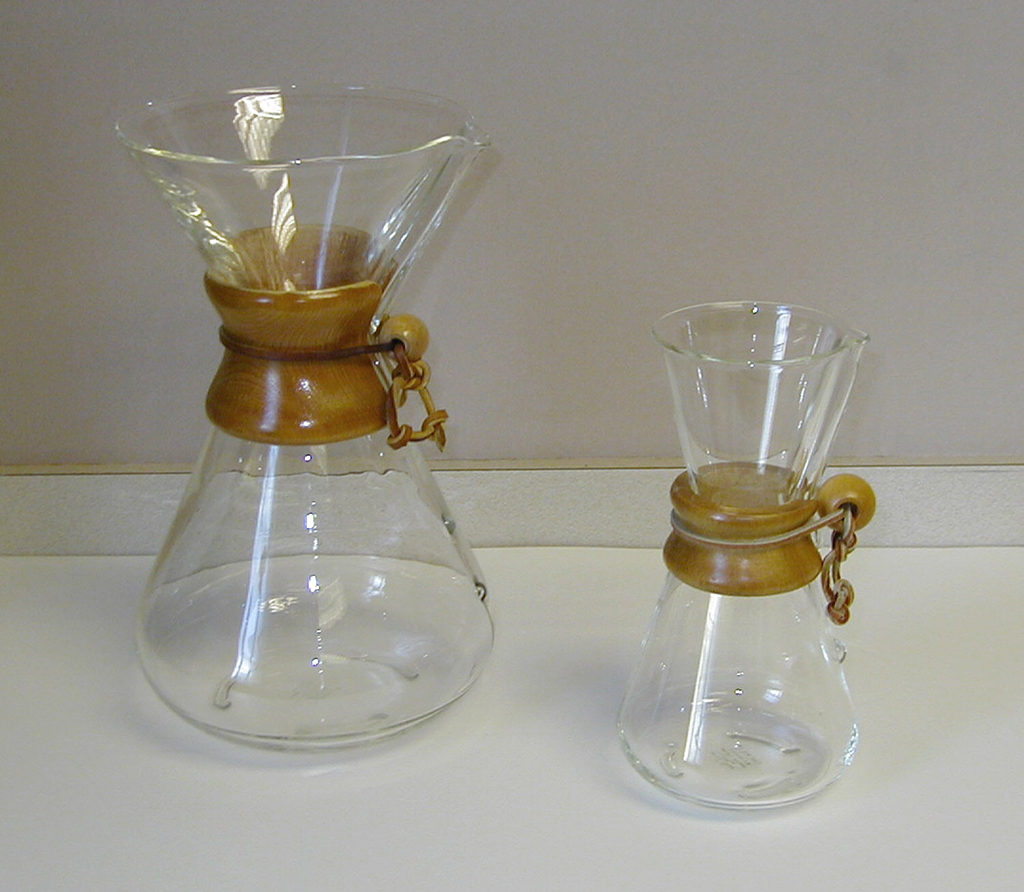 Last year, I discovered a coffee shop in Portland, ME, called Speckled Ax. It’s a specialty coffee shop where the owner, Matt Bolinder, is the roaster and also the main importer. He is part of a growing trend of coffee aficionados who will travel the world looking for the best coffee beans to bring home and roast. The third wave, according to Climpson and Sons, well-known coffee experts, is "focused on craftsmanship; where beans are sourced from farms instead of countries and roasting is about bringing out unique characteristics of a bean. ...third wave is in the throes of achieving the same level of detail and understanding from bean to cup that wine connoisseurs have demanded for decades - farm, harvest, processing style, roast date, coffee variety and tasting notes."

At Speckled Ax, and countless other small, independent shops popping up around the country, the emphasis is on creating a unique cup of coffee, unparalleled in flavor, color, texture, aroma, etc.

The quest for the perfect cup has lead to many innovations in roasting and brewing. At Speckled Ax, for example, Matt Bolinder roasts his coffee beans using wood fire—“Our object is to complement the distinctive flavors inherent to our select coffees with the subtle aromatics that only a wood fire can impart.”

On the brewing side of things, I recently came across a process called “Steampunk” at a coffee shop here in Washington, DC, called La Colombe. This process produces the best cup of coffee I’ve ever tasted, using beans selected with utmost care by Todd Carmichael, a celebrity in the coffee world. The Steampunk process takes concepts as old as coffee brewing itself, and aims to use modern technology to achieve the perfect cup.

But can there really ever be a perfect cup of coffee?

No. No there can’t be. Perfection is impossible. But I’d love to be proved wrong.

While I can’t remember the first great cup of coffee that I ever had, I can certainly remember the last.  It was brewed here in our offices earlier this week with freshly ground coffee beans, the perfect amount of cream & sugar, and a strong caffeine kick that cleared my early morning brain f 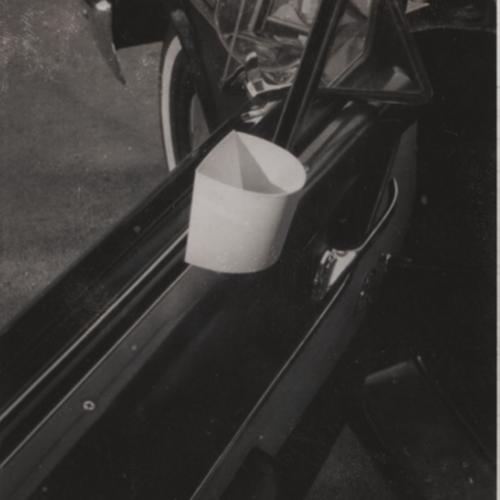 I’ll Take That Drink To Go!

Today we take cup holders in vehicles for granted, but this indispensable feature wasn’t common in the early 1960s. 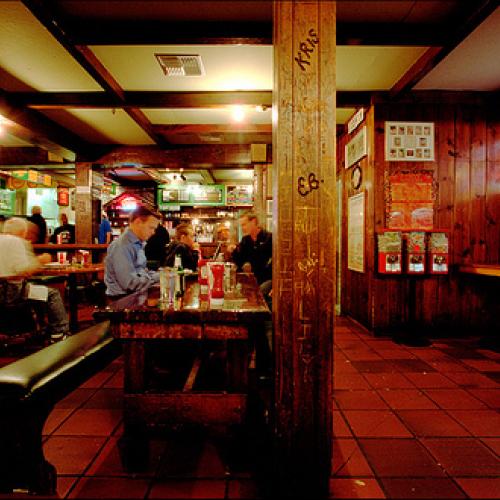 In Silicon Valley, some of the most important conversations occur outside the office.