Who knew the history of staples and paper clips could be so fraught?

One of my favorite archival tools is the stainless steel micro spatula. This durable, light-weight tool is invaluable for quickly and safely removing staples and other fasteners found in archival collections. Fasteners, such as staples, paper clips, brads (small tapered nails), grommets, and straight pins are found throughout archival collections. They were used by the creators of the documents to maintain the order and relationship deemed important at the time. Consequently, these fasteners play an important role in archives. An archivist must respect and retain these relationships when organizing and preparing a collection for research use to ensure historical integrity and context. Unfortunately, these all-important fasteners can cause physical damage to the documents such as tearing, puncturing, and staining from rusted metal. Metal fasteners can also be sharp, cutting archivists and breaking against brittle paper causing even more damage. To reduce the risk of further damage to the materials, archivists remove these fasteners and keep relevant items together using a stainless steel paperclip secured over a small strip of archival bond paper. In some cases where a paperclip will not work, a small folder made of archival bond paper can maintain the order. Sometimes, we leave non-rusty staples in place provided that environmental conditions are not conducive to rust. Some fasteners are embedded so deeply that they can’t be removed. 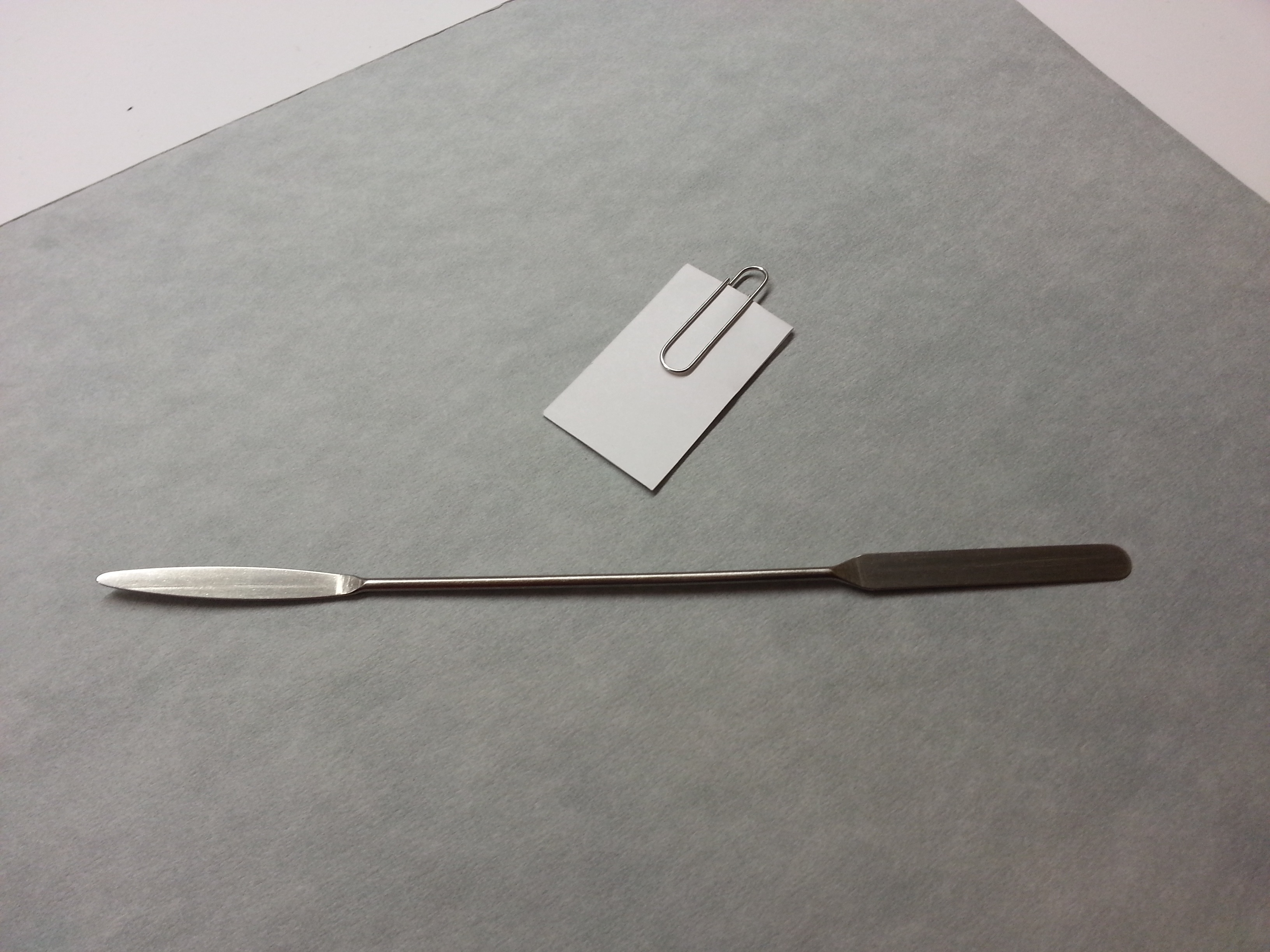 Most fasteners I encounter while processing are the standard paperclip, sometimes known as the “Owl” or “Fay.” Although I have yet to encounter one in a collection, I recently found information about some really fabulous fasteners manufactured by Holmes, Booth & Haydens, a Waterbury, CT, manufacturer involved in casting, rolling, and drawing brass and copper in the Warshaw Collection of Business Americana. I am especially fond of McGill’s No. 3, S-Ring (a turtle). This sample card featuring the “McGill Fastener” was used by salesmen as a point-of-purchase ad in a stationery store. I was intrigued by these fasteners and began to wonder if I would remove an example if I found one while processing? Would I hesitate, micro spatula in midair? Best practice dictates I remove it, but I would save this novelty. 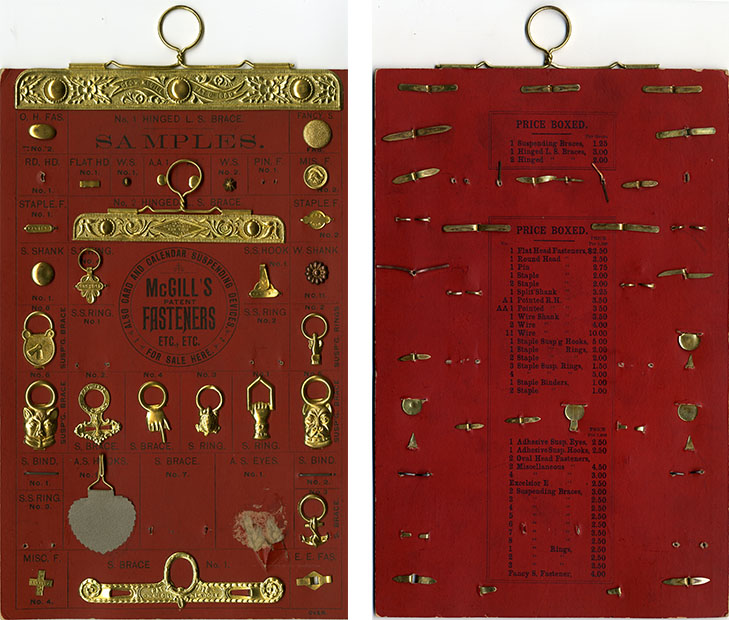 Like many things, these fasteners have a fascinating story. George W. McGill (1843-1917), an inventor and patent attorney (how convenient!) invented the first of many metal fasteners in 1866. McGill held over 50 patents, all relating to fasteners. An improvement in metallic paper-fasteners (US 56,587) was McGill’s first patent, issued on January 24, 1866. Several legal cases were based on this 1866 patent and subsequent patents for improvements to fasteners. Holmes, Booth & Haydens, had, under contract, the sole right to manufacture the McGill fasteners. But others in the fastening business were interested too so the trade was fraught with litigation surrounding the McGill patents.

In 1891, McGill sued (McGill Fastener Company vs. Universal Paper Fastener) for infringement upon his patent of 1875 for an improvement in metallic paper-fasteners (US 162,183) and his 1886 patent for the regular flathead “T” paper fastener (US 337,182). These two shank fasteners, with the head covered by a metal cap and bent at right angles, formed a button-like head that was applied in a variety of ways. The courts decided in favor of the Universal Paper Fastener Company citing the McGill patents void and “want of novelty” and therefore there was no infringement. Despite this legal setback McGill would not be deterred. 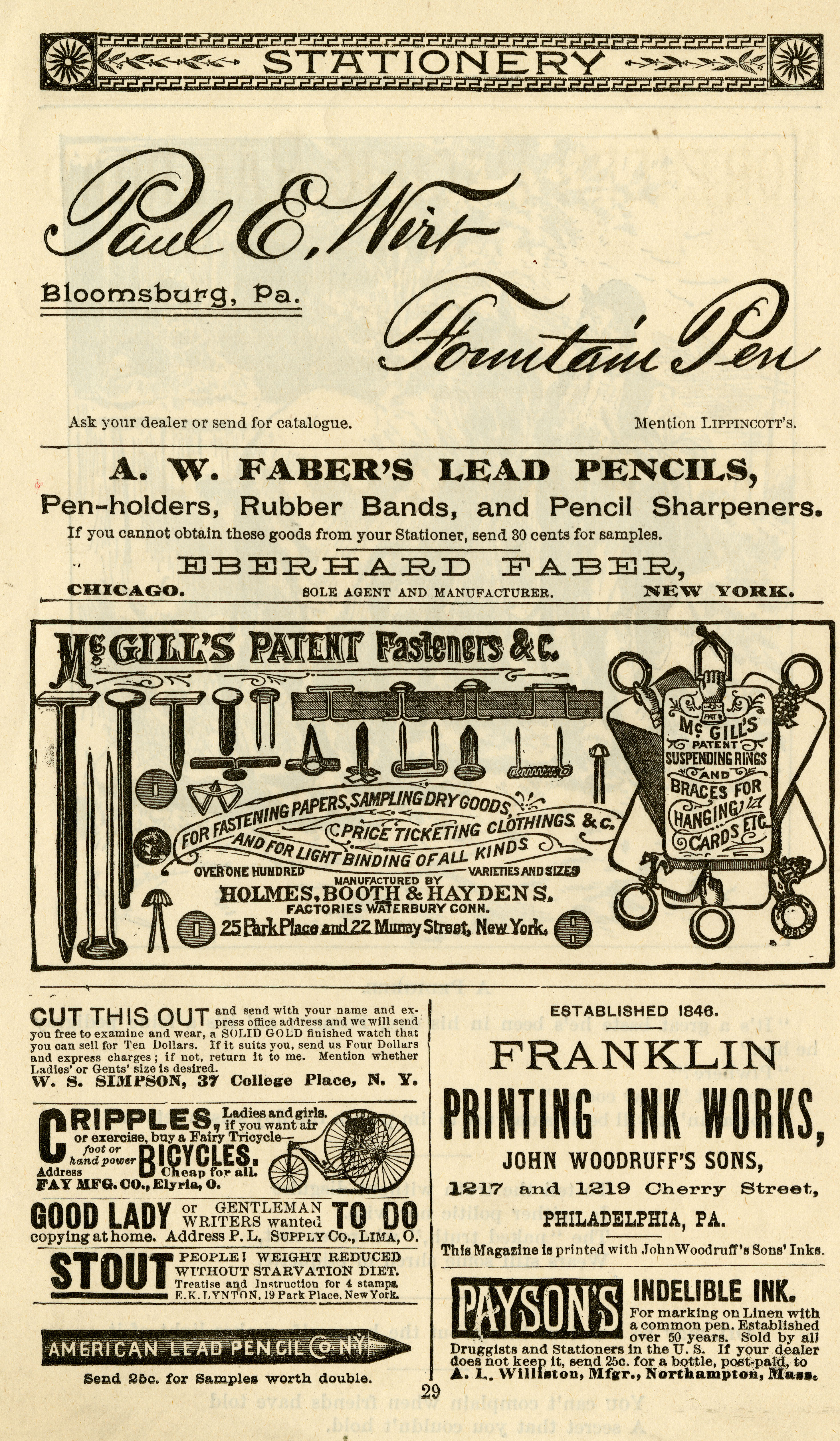 In 1893, he went back to court in Lawrence vs. McGill. McGill accused Benjamin Lawrence of the B. Lawrence Stationery Company of manufacturing fasteners like McGill’s patents of 1866 for a metallic fastener (US 56,587) and 1883 for a staple fastener (US 285,640) and selling them at half the cost. Lawrence argued that McGill’s patent was invalid because it was invented in England and that even if the patent was valid, it had expired. McGill sent a circular notice to the trade warning other companies against selling the infringed fastener. That circular caused the courts to consider a companion libel case—did McGill have the right to issue the circular claiming that B. Lawrence Stationery was infringing? Did McGill blackmail Lawrence by offering money to cease manufacturing?

McGill stated in his testimony, “I am the pioneer in this fastener line in this country. When I brought out my first device in 1866 I had faith and confidence in the business, and devoted my time, energy and money to its development. I spent $25,000 in making improvements which it took years to make and complete. I studied the needs of the business community, kept in touch with the march of improvement, worked hard to find out precisely what the trade needed, and invented new devices for growing needs and various uses.”

And, in 1901, Holmes, Booth and Haydens vs. McGill appeared on the docket again. McGill brought four laws suits (thankfully they were consolidated into one lawsuit) against Holmes, Booth & Haydens for liability for royalties from 1895 to 1896.  The suit was settled in favor of McGill who recovered $20,315.96 worth of royalties. Metal fasteners were certainly profitable for McGill! 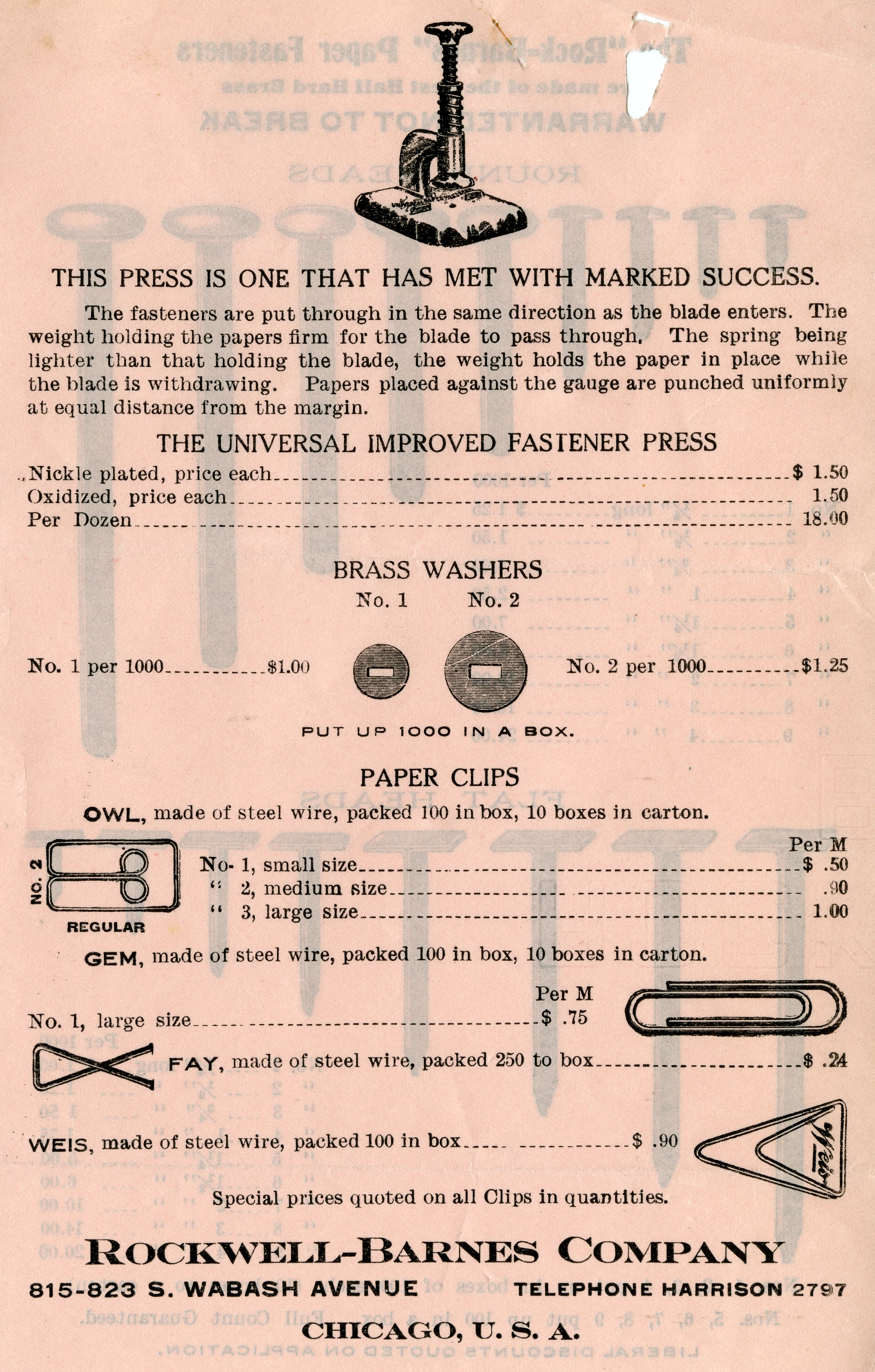 To learn more about our collections, visit the Archives Center.