A meeting of academics and hip-hop artists leads to collaboration.

What happens when you put museum experts and hip-hop community members in the same room? The Lemelson Center found out when we hosted a hip-hop discussion day in July.

The day was organized as a culmination to Goldman Sacs fellow Martha Diaz’s summer at the Lemelson Center. Martha is the founder of the Hip-Hop Education Center at New York University. The Center cultivates hip-hop scholars, teaching artists, hip-hop advocates, and social entrepreneurs to encourage the incorporation of hip-hop into the way teachers educate students. She is also a scholar-in-residence working on an upcoming hip-hop exhibit at the Schomburg Center for Research in Black Culture in Harlem. Martha came to the Lemelson Center to learn more about museum practices and to share her knowledge of hip-hop with us as we continue research for our upcoming exhibit Places of Invention. When the exhibition opens in 2015, it will include the invention of hip-hop in the Bronx during the 1970′s as one of five case studies that represent various characteristics of a place of invention.

We had intended the meeting as a wrap-up event for Martha’s fellowship. Little did we know that instead it would be the start of some great collaborations. Participants from the hip-hop and cultural/performing arts communities in DC and New York contributed to a robust conversation that covered a variety of topics.

One issue that surfaced is that many pioneering hip-hop artists feel that current histories of hip-hop do not present a full picture—they discussed how important it is to emphasize that hip-hop was created in spite of the environment in the Bronx. Our participants also felt that it will be important to capture hip-hop’s conflicting history while the most prominent figures are still living. This is an issue that the National Museum of American History’s Jazz Oral History Program has struggled with and can serve as a good case study for the hip-hop community. 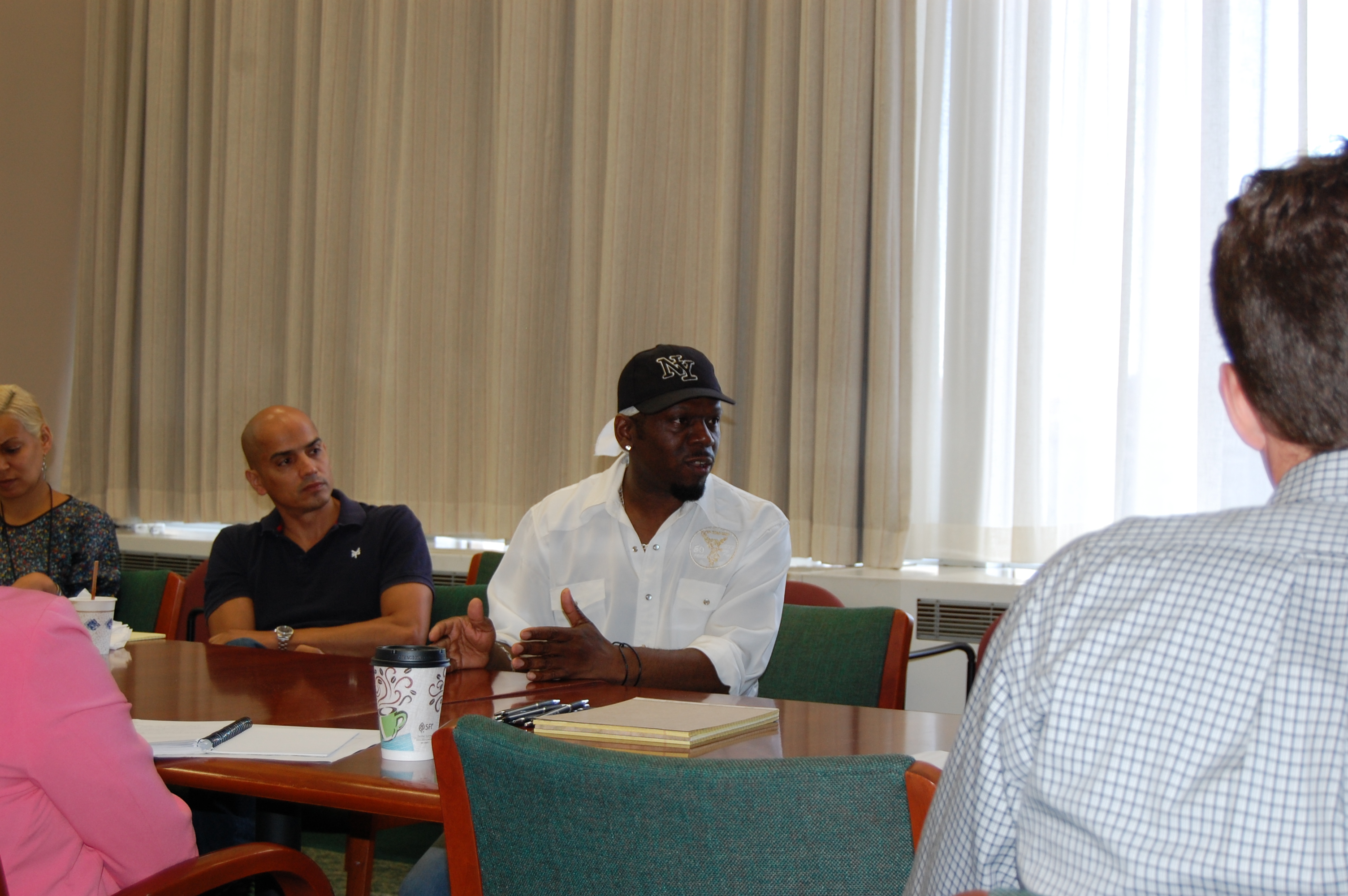 The hip-hop community voiced the desire for institutions to be more inclusive. They observed that institutions tend to cater toward other institutions, but reminded us that it’s important to reach out to community members, even thought this often the more difficult path. This is something that the Lemelson Center is familiar with. In partnering successfully with the skateboarding community on a recent event about inventions and innovations in skateboarding, we learned that while there are often vocabulary barriers and differing working methods that make collaborating more challenging, ultimately if both collaborators are committed to the end product, then success is achievable and inevitably more meaningful.

Perhaps the most surprising comment to come out of the meeting that this was the first time the hip-hop artists participating had been asked to participate in a meeting like this—of DC-based groups working on hip-hop projects. The energy and enthusiasm was apparent and has translated more quickly than I anticipated into the creation of collaborative projects. We are currently awaiting the results of an application co-written by Martha Diaz and Deborra Richardson, the chair of the Archives Center at the National Museum of American, to fund the creation of a Smithsonian hip-hop group that would coordinate hip-hop related projects at the Institution. It is hoped that part of this may be the founding of a hip-hop oral history program and a book about documenting hip-hop’s history. 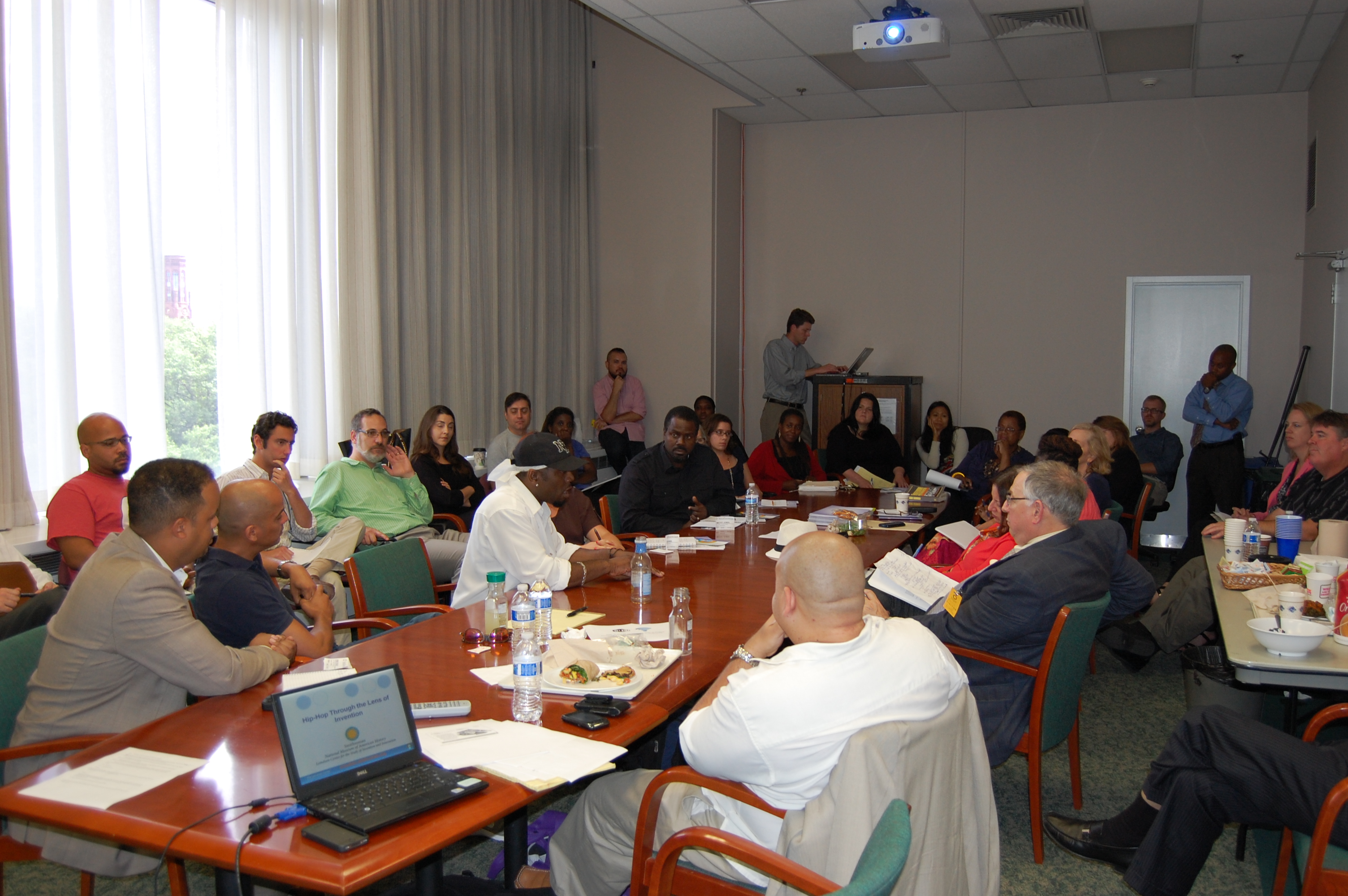 Another direct outcome of the meeting is the negotiation of long-term collaborations between the Lemelson Center and two pioneering hip-hop artists. These artists would help us tell the story of hip-hop through our exhibition, website, book, and programming. The artists will be featured at the Smithsonian, and gain exposure to a different type of audience, and inspire new generations. There have also been discussions with all of the people in the DC hip-hop community who participated in the meeting about future programming collaborations, allowing the Lemelson Center to tell a fuller story of inventions in hip-hop beyond the walls of the exhibit, and for other organizations to find new inspiration in the museum’s exhibits and collections. These collaboration will give us all the opportunity to interest people who may have had no previous interest in hip-hop.

Without knowing it the meeting was a kick off to fruitful collaborations with other people, organizations, and communities they represent. I can’t wait to see what we come up with next!