During the 18th and 19th centuries, trade cards were commonly used to announce and advertise a company’s product or service. The cards, typically two inches by four inches or three inches by five inches in size, were printed with images and other useful information about a specific item or service. Trade cards with enticing images lured in potential customers. Information about the product or service was printed on the back of the card. Many of the cards were chromolithographed, a popular printing process that used multiple lithographic stones. In this example from the Skandia Plow Company of Rockford, IL, an anthropomorphic apple wearing slippers was printed in bright yellow, orange, and blue tones. The eye-catching colorful image was intended to promote their iron lever harrow, patented in 1889, to would be plow buyers. An important piece of farm equipment, a harrow leveled the soil and prepared it for seeding. The apple, looking as tough as an iron plow in her rose colored ruffled skirt has her fist raised and is angry. Perhaps she thinks a Skandia harrow will level her apple orchard leaving no trees or worse, she’ll be made into apple sauce. Buy a Skandia plow or else! As the apple shuffles along you can hear her shout the refrain :

The plowman homeward plods his weary way.
Surprising all at tea, with what he has to say
About his troubles with his old inferior plow;
And wondering where he’ll get a better now.

He goes to town and sees across the street,
A sign that dazzles every eye it meets.
He staggers in, and buys himself a Skandia plow,
That somehow tells him, “He’ll be happy now.” 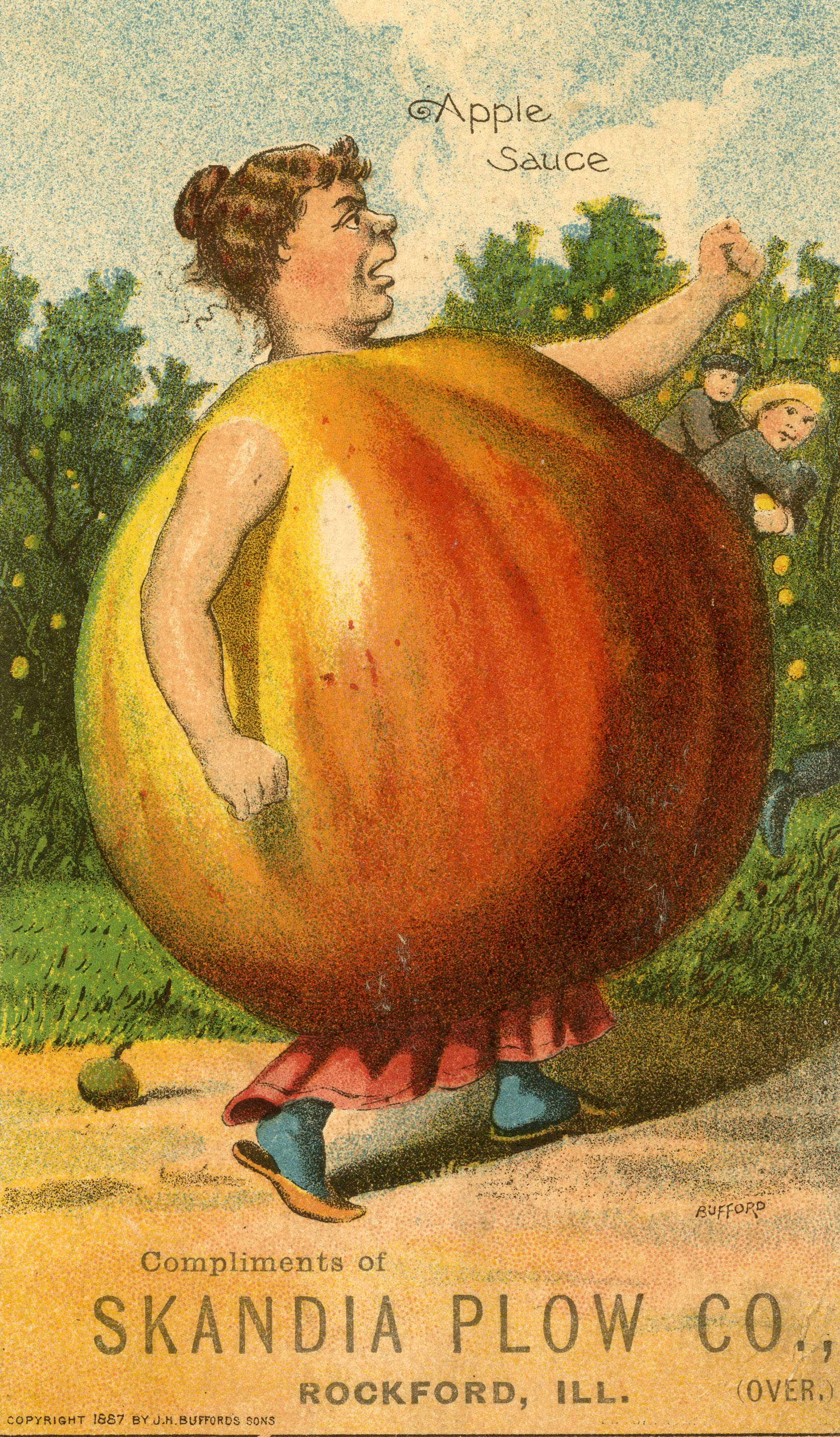 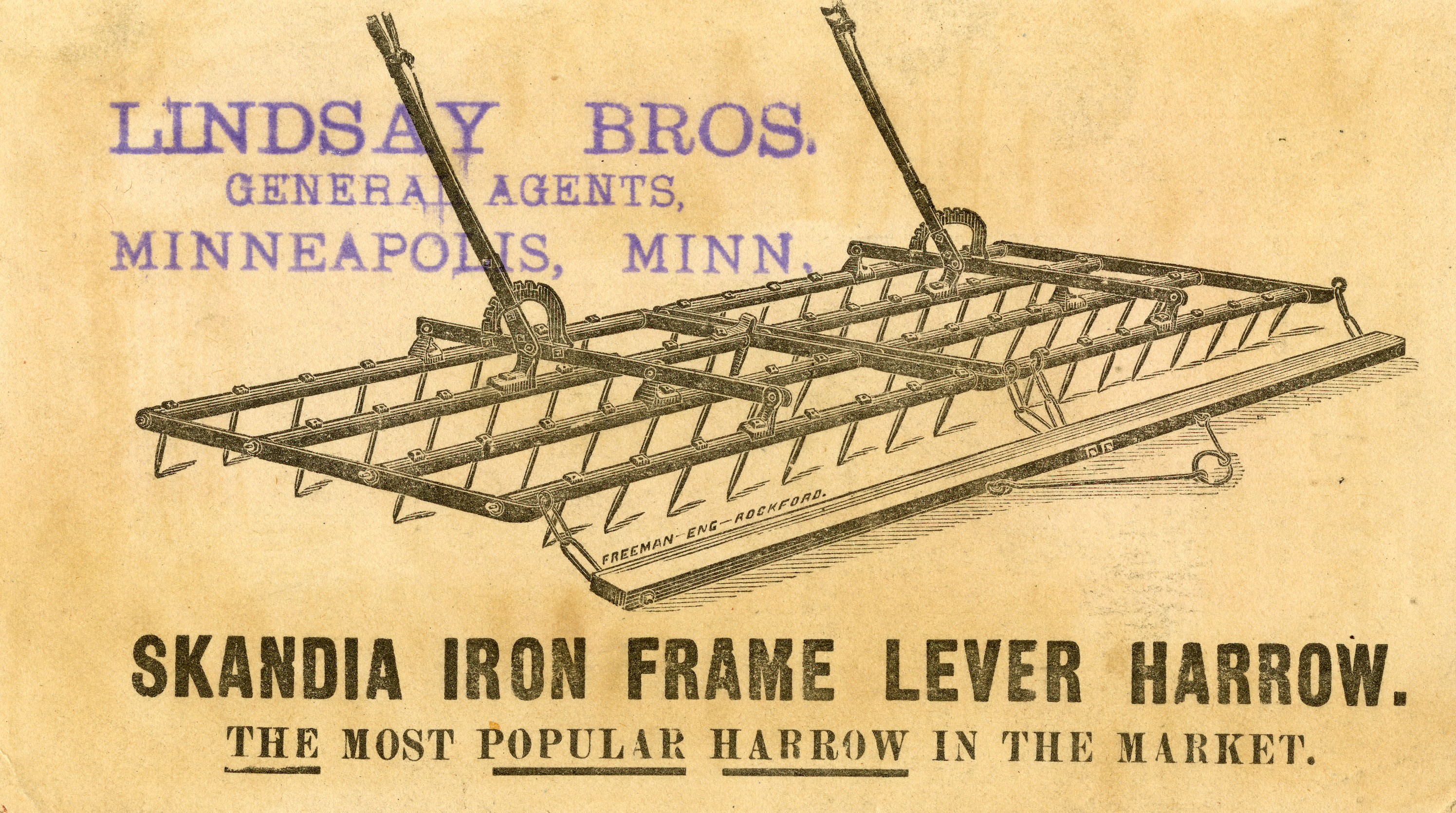 To learn more about trade cards in our collections, visit the Archives Center and the Warshaw Collection of Business Americana. 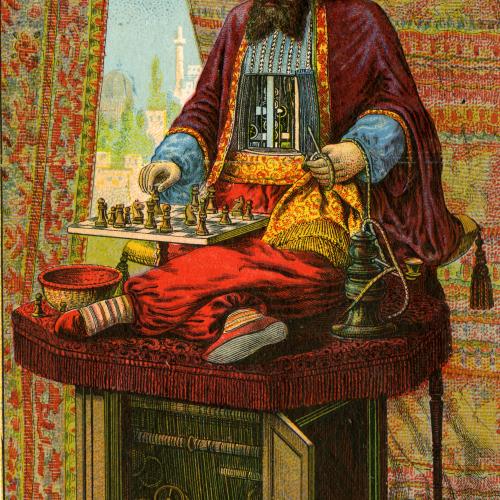 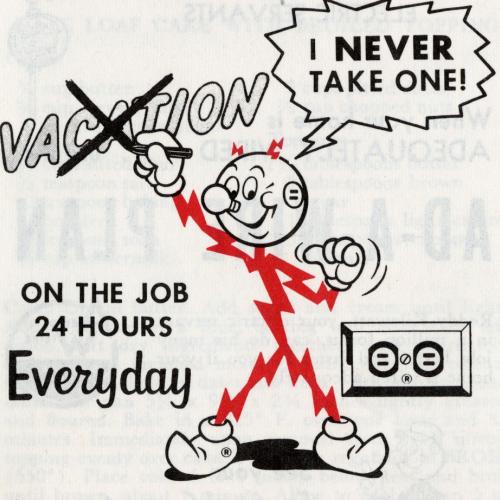