Inventions to tackle the fascination with floating a few inches off the ground.

Back in 1989, a little film about a young fella who travels to the year 2015 captivated audiences. At the heart was a smart device that inspired a generation to pursue the impossible: to hover, inches off the ground, with total control of movement. Since then, hundreds have tried to replicate the experience of the hoverboard, ranging in success. There are dozens of videos online of do-it-yourself-ers attaching leaf blowers to plywood in attempts to hover, while others demonstrate the use of magnets and copper in the attempts. None have really come all that close to Back to the Future-level hoverboarding.

Scientists are mostly in agreement that there are only two ways to hover (not to be confused with floating, like in a hot air balloon). The first method is to use air pressure to push against the ground to lift the object above it. It's this princple that the leaf blower-plywood contraptions employ.

It's also the same method used in hovercraft, or hydrofoils, which are used by commercial, municipal, and military organizations throughout the world, and it's the same way drones and helicopters hover.

A company based in England is working on an invention that would allow a person to pilot a drone-like vehicle. Malloy Aeronautics used Kickstarter, the online crowdfunding platform, to launch its prototype last year, and is promising to ship its production quadcopter, which resembles the speeder bikes from Star Wars films, later this year.

The second method by which hovering can be achieved is through the use of magnetic levitation, or maglev. Lenz's Law, which essentially governs the way electromagentic circuts work in relation to the convservation of energy, is one way to achieve magnetic levitation. Scientists and engineers have succesffully used this princple to design super fast trains that seem to "float" on tracks. The first of these trains to be put into commercial use is in Shanghai, where a German company was contracted to construct a superfast train line between Shanghai's international airport and the city center. The 30km between the two points is covered in eight minutes, with the train traveling an average speed between 140 and 150 mph. 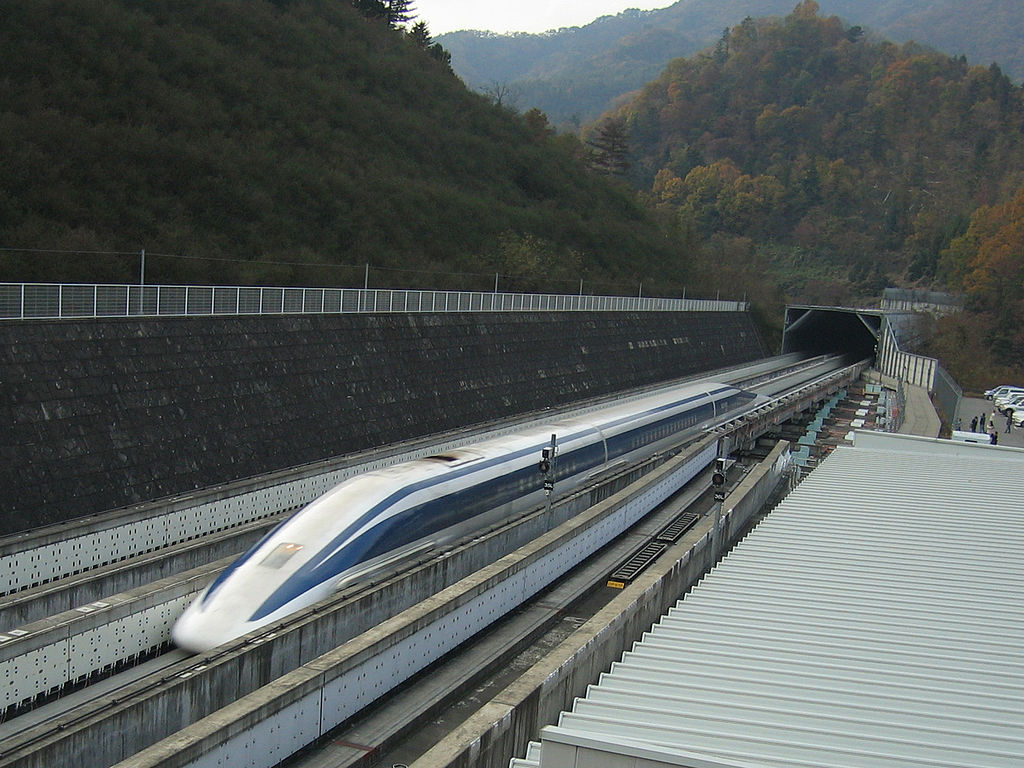 A super fast maglev train races along magnetic tracks in Japan. This train is capable of traveling over 240 mph. Wikimedia commons photo.

The same idea that allows these trains to "float" inches above the tracks, magnetic levitation, is also used in much smaller devices. In December 2014, a wife and husband team in Los Gatos, CA created a great deal of buzz with a Kickstarter fundraising campaign that raised over $500,000 for the creation of a hoverboard based on the science of magnetic levitation. Greg and Jill Henderson were inspired not by Marty McFly's escapades in the movies, but rather by a desire to find a way to use Lenz's Law to stabilize buidlings during earthquakes. The "Hendo" hoverboard, which earned patent #20140265690 last year, was a proof of concept that gained so much attention, even the legendary Tony Hawk took notice.

Part of the Hendersons' goal is to get the DIY and maker communities involved in prototyping and experienting with the technology the company has developed. Individuals who gave more than $300 to the fundraising campaign were rewarded with a small working model of the hovering device to play around with. The team is eager to get feedback and to work with other inventors on ways in which the technology can be used.

No survey of the quest to hover would be complete without mentioning jetpacks. These once expensive and dangerous contraptions are no less dangerous and expensive these days, but their prevalence has sky-rocketed (pun intended). One of the most well-known aerial daredevils, Troy Hartman, recently tested a home-built jetpack on a dry lake bed in California; the resulting video is spectacular. And last year's "Future is Here" festival, hosted by the Smithsonian, featured a jetpack demo in the atrium of the Ronald Reagan building (due to FAA restrictions, it's illegal to fly jetpacks, drones, and other personal aircraft within a three mile radius of the White House airspace).

Jetpacks were once used in Super Bowl halftime shows, but if inventors like Hartman and Glenn Martin, whose jetpack invention can climb over 5000 feet, have their way, jetpacks will be as common as Segways, and instead of groups of tourists riding by on the National Mall, they'll be hovering above it, Jetsons style.

Notes from the Director: The Once-and-Future Spirit of Discovery

I felt like a kid again as I waited expectantly on the rooftop terrace of the National Museum of American History for the flyover of space shuttle Discovery.