Traces of a figure skater's movement were once the focus of the sport. Courtesy of U.S. Figure Skating

How Skating Acquired and Lost Its “Figure”

Thanks to invention and innovation, the history of figure skating is truly head-spinning.

When Nathan Chen rocked the sports world in 2017 as the first figure skater to successfully land five different quadruple jumps in competition, not everyone was cheering. To be sure, many in the skating community were ecstatic that Chen had harnessed his incredible technical skill and physical stamina to raise the bar in the men’s competition heading into the 2018 Olympics. For each jump, Chen had  completed four revolutions in less than a second, spinning in excess of 400 rpm.

Others, however, voiced concern that his game-changing feat further tipped the scales in figure skating in favor of athletic prowess over artistic expression. Mid-twentieth-century Olympic champion and longtime sportscaster Dick Button rued the development, commenting, “I don’t even enjoy watching skating today because it’s all about quadruple jumps.” Like it or not, the reality is that figure skating has thrived on changes wrought by invention and innovation.

Bone skates like this one from the medieval period (left, courtesy of Museum of London) are what the skaters depicted in Olaus Magnus’ “Carta Marina” (1539) (right, courtesy of James Ford Bell Library, University of Minnesota) were using, with the help of a staff, to traverse the Gulf of Finland.

Starting in the 14th century, the Dutch began to transform skating from a means to get around in winter into a recreational activity. Sharpened, concave, and edged blades, as opposed to those filed flat, enabled skaters to better control their movements and use less energy. With a staff or pole no longer needed for propulsion, skating invited athleticism and artistry, and, in the process, became faster and more fluid. Skate makers developed the distinctive large curl or prow so the blade would not catch on rough ice. Enthusiasts innovated the Dutch Roll, the rhythmic gliding and creating of curved designs, or figures, in the ice by using the outer edges of the blades.

Wearing Dutch skates with curls or prows (left, courtesy of The Virtual Ice Skates Museum) made skating over rough ice easier and were also the type originally used to execute simple figures such as those depicted in George Anderson’s The Art of Skating (1868) (right, courtesy of  Internet Archive).

The Dutch and English nobility found the tracing of figures in ice elegant and refined. Men-only skating clubs began to appear in Britain in the mid-eighteenth century. Seeing a growing market, skilled cutlery makers in England and Germany began manufacturing high quality metal blades for skating. A succession of proponents in Europe and America wrote about the artistry and technique of figure skating, broadening its appeal. A century later, elite skating clubs for both men and women began to be established in America. When the middle class discovered the activity, a skating craze ensued. 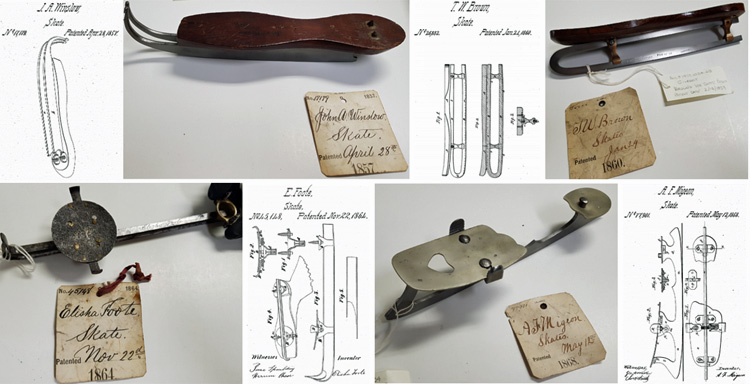 As figure skating gained in popularity, inventors took up the challenge to make skates safer and easier to use. Competing design patents sought to better secure a skater’s everyday footwear to the skate. In 1865, Jackson Haines created what is essentially the modern skate, permanently attaching the blades of high-end skates to boots, using toe and heel plates forged onto the blade. Not having to worry about equipment issues—leather straps loosening, clamps unhinging, etc.—and using quality blades made of steel allowed for more graceful and athletic movements. Haines’s invention in the 1870s of the toe pick, or teeth cut into the front tips of the blade, enabled jumps and spins, such as his namesake sit spin. 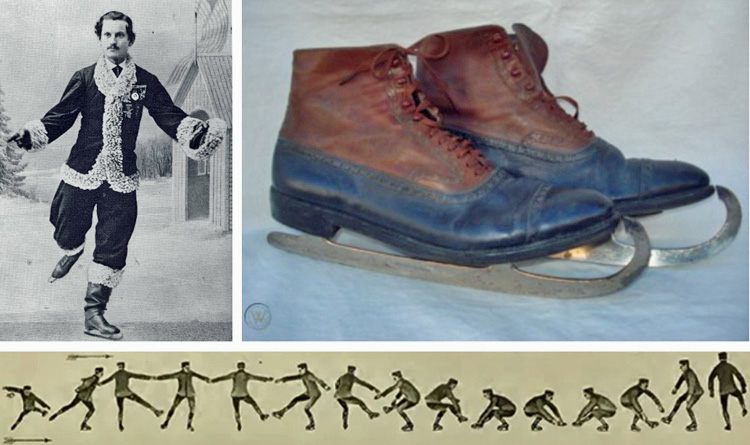 In 1865, Jackson Haines (above left, courtesy of IceStage Archive) created what is essentially the modern skate (above right, courtesy of WorthPoint). He was celebrated for his expressive skating style and known for his signature spin, captured above in the 1921 instruction manual, Skating with Bror Meyer (courtesy of Internet Archive).

Indeed, with these improvements, Haines developed an expressive skating technique that combined his background in theater and ballet. While American and British skaters preferred the predominant stiff and rigid style, he created a sensation in Vienna with his skate-dancing of figures set to live music. He opened a school there and popularized what is now known as the International style, the basis of figure skating as we know it.

As figure skating grew as a sport in the closing decade of the 19th century, international competitions began to be held. At first these events consisted primarily of skating compulsory figures based on a figure eight, in which athletes made prescribed circles on the ice with one foot, then retraced them with the other, and special figures, in which an athlete skated a unique and often complex design on one foot. High scores were rewarded to the geometric perfection of the circles and the accurate tracing of the figures. Free skating was also judged, but was considered a less important event. In a compromise that endeavored to uphold the tradition of tracing figures but yielded to the growing enthusiasm for free skating, special figures were dropped after the 1908 Olympics in favor of compulsory figures and the free skate. 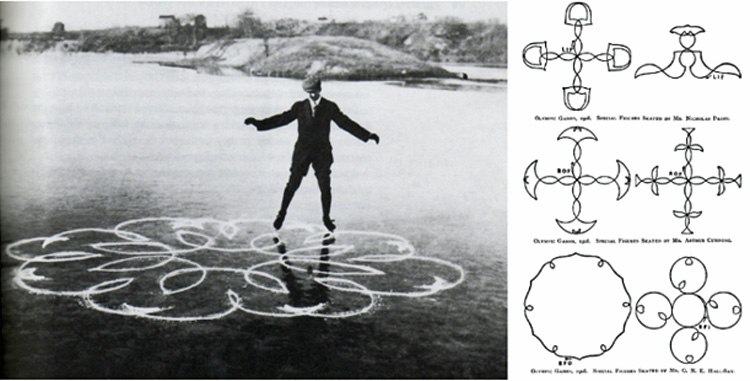 The official report of the 1908 Olympics described how the Russian skater Nikolai Panin (left, courtesy of Klubfedotova) outshone competitors “both in the difficulty of his figures, and in the ease and accuracy of their execution.” Panin’s special figures are the more intricate top pair in this diagram of medal-winning designs from the 1908 Games (right, courtesy of LA84 Foundation).

Notable athletes during this formative time in the sport—especially Axel Paulsen, Ulrich Salchow, and Alois Lutz—followed in the footsteps of Haines, creating signature moves for free skating. This kind of non-technological innovation kept free skating interesting for athletes, judges, and fans. This was not so for compulsory figures. Interest in the event waned over the course of the 20th century. After debate and controversy, the sport let go of tradition and compulsories were dropped from world skating competitions in 1991. Through continuous invention and innovation, figure skating as a sport had evolved such that its very name had become a misnomer.

Since athletes have been able to focus exclusively on free skating, those wanting to gain a competitive advantage increasingly have looked to add high-point value jump and spin combinations to their skate programs. Critics say this focus has diminished the importance of footwork, artistry, and interpretation of music, resulting in competition outcomes in which less cleanly skated but more ambitious programs win out over perfectly skated but technically easier ones. While Nathan Chen and other elite competitors push figure skating toward increased athleticism, coaches and scientists debate whether the sport is approaching the limit of what’s physically possible. A quintuple jump may or may not be in the cards, but I am excited to see how invention and innovation help the sport of figure skating progress by leaps and bounds. 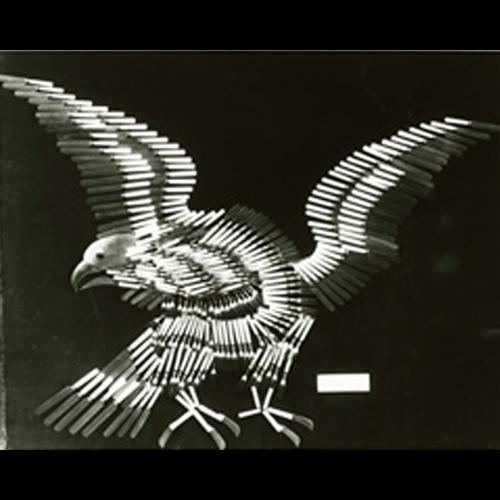