I’ll Take That Drink To Go!

Today we take cup holders in vehicles for granted, but this indispensable feature wasn’t common in the early 1960s.

Inventors draw and sketch as part of their process of working out an idea. Drawing moves the idea from the inventor’s mind to the paper, making it seem more possible. Sketches and drawings can also convince others that something will work—before it is actually built or manufactured. This makes them a particularly important part of the patent application package.

A great example of this critical supporting material is found in the A. Bernie Wood Papers in the Museum’s Archives Center. Arthur Bernie Wood (1921–1986) was an advertising designer, consultant, and inventor actively involved in the development of the restaurant franchise industry in America during the 1960s and 1970s. Particularly notable is his work in creating, promoting, and merchandising the new fast-food corporate image of McDonald’s (read more about Wood in the finding aid to his papers). 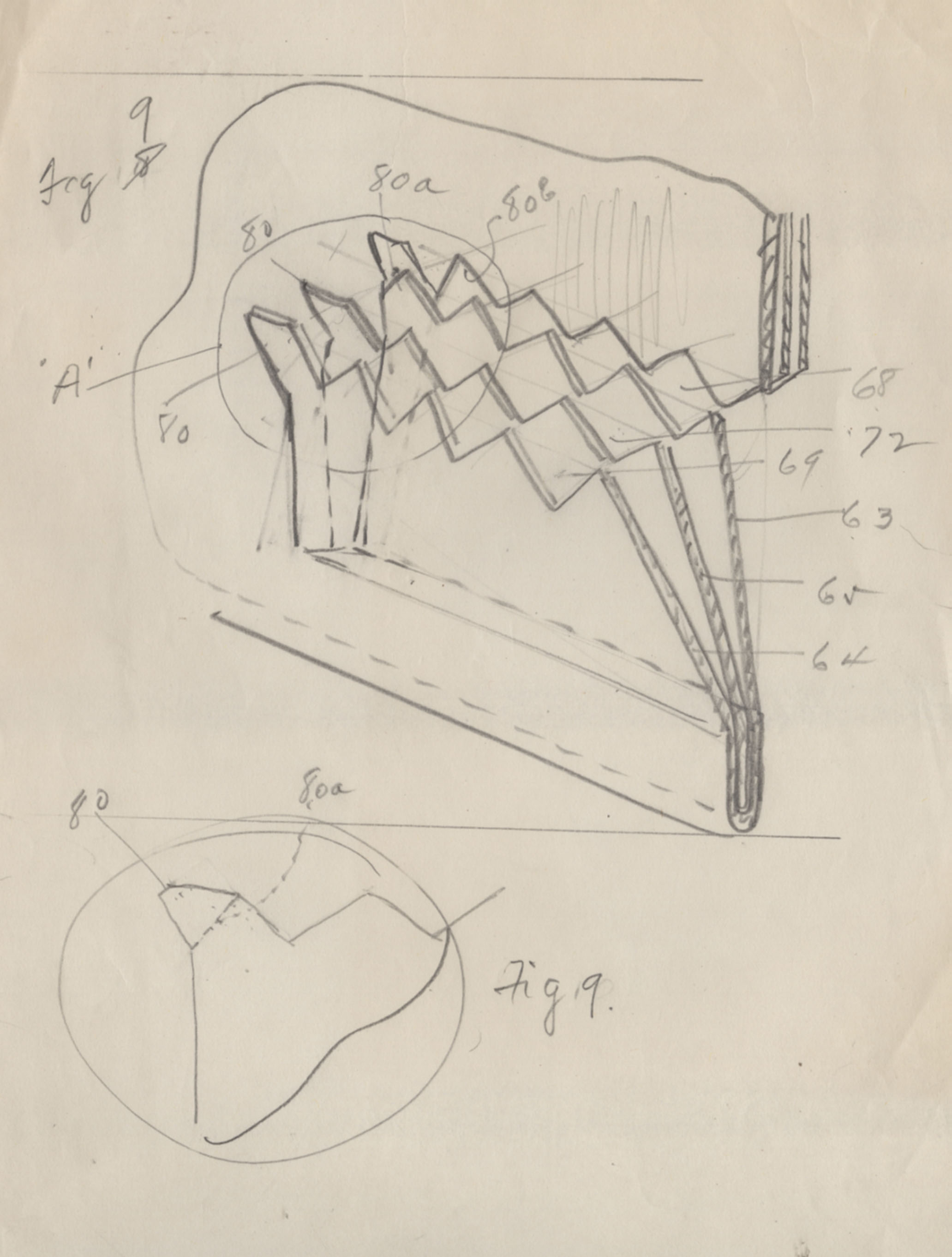 In addition to his work for restaurant chains, Wood also held a number of patents, including one for a “Beverage Cup-Holder for Motor-Vehicle Doors” (US Patent 3,128,983). Today we take cup holders in vehicles for granted—I think my minivan has 10 cup holders, perhaps more. But this indispensable feature wasn’t common in the early 1960s. Involved as he was in the growing fast-food industry, it might seem obvious that Wood would wonder where drive-thru patrons might put their drinks as they drove off with a sack of burgers and fries. Wood stated in his patent, “Apart from the floor of the vehicle there hardly is a level place where on to set a cup without fear of it being upset.” While other solutions to this problem were already available, Wood believed he could do better. 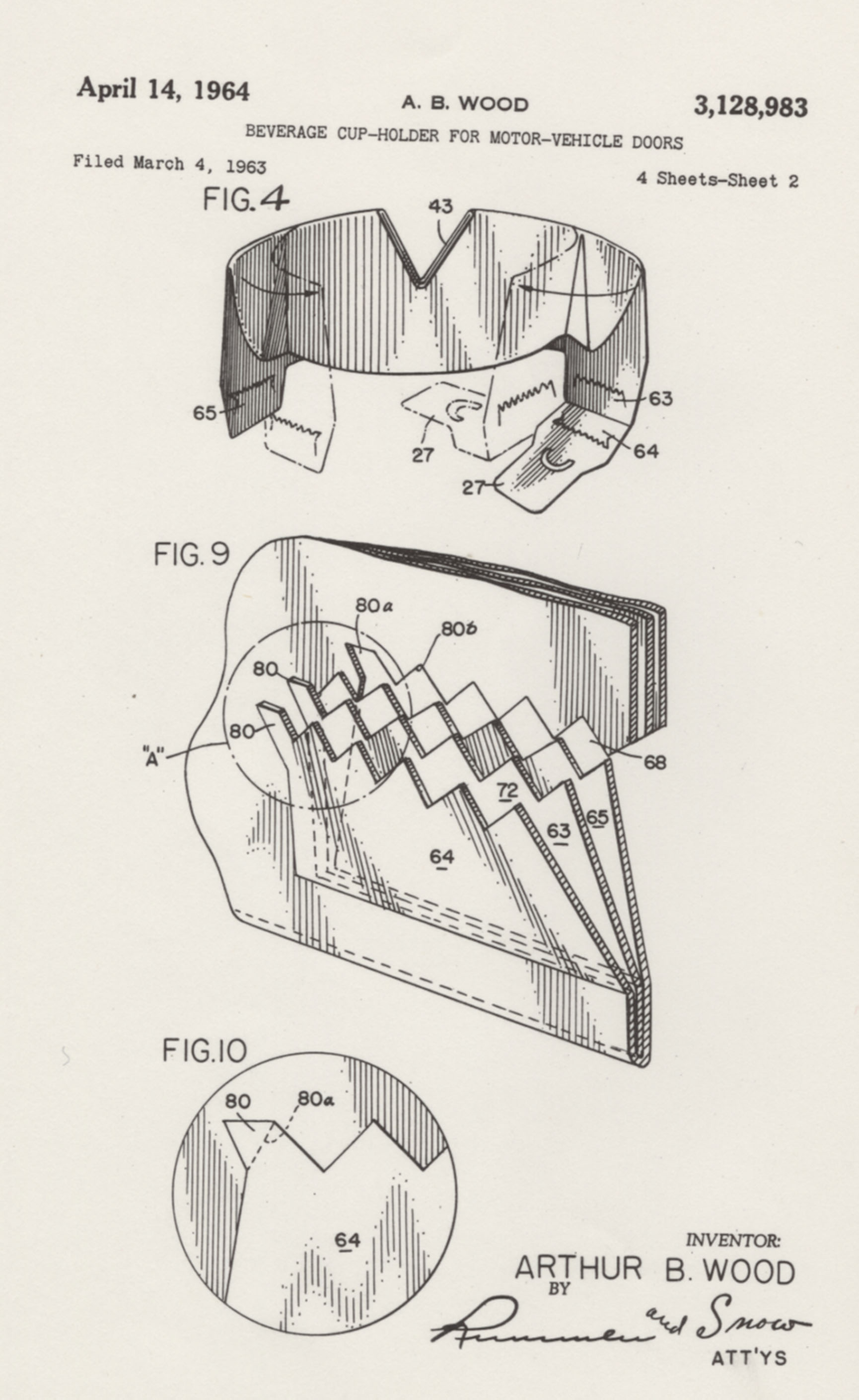 What makes Wood’s patent interesting to me is not the idea of a cup holder itself, but the amount of archival documentation supporting it. Patent “jackets” are specialized folders that contain standard information such as patent number, actions, references, assignment, application serial number, and fees paid. The jacket also typically contains correspondence with the United States Patent and Trademark Office, foreign patent and trademark offices, the inventor/designer, company attorneys, and other company officials; as well as drawings and photographs. In Wood’s case, the patent jacket contains substantial sketches and prototypes that trace the evolution of his idea for a practical cup holder. 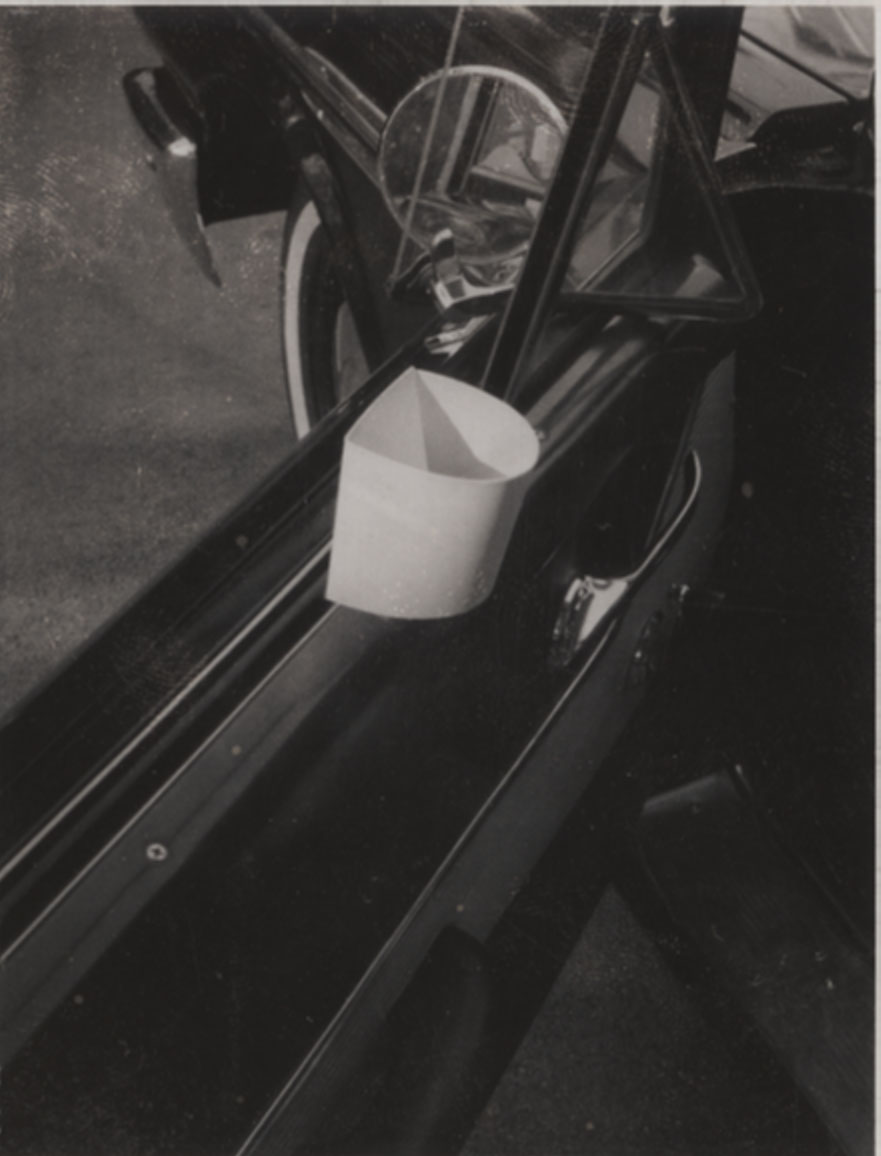 Wood’s sketches and paper prototypes provide insight into his inventive process and help us understand how he worked out his idea. He created numerous paper templates and annotated those with measurements and directions on how to fold and assemble the cup holder. The images seen here include pencil sketches, which were first transformed into paper templates, and then into finished patent drawings. The black-and-white image shows the beverage cup holder in Wood’s car.

We don’t know if Wood’s cup holder was ever manufactured or if the patent was licensed. But I feel certain that Wood would have loved my 10 cup holder minivan.

Follow A. Bernie Wood’s invention process—from sketch to patent to beverage on the go—below: 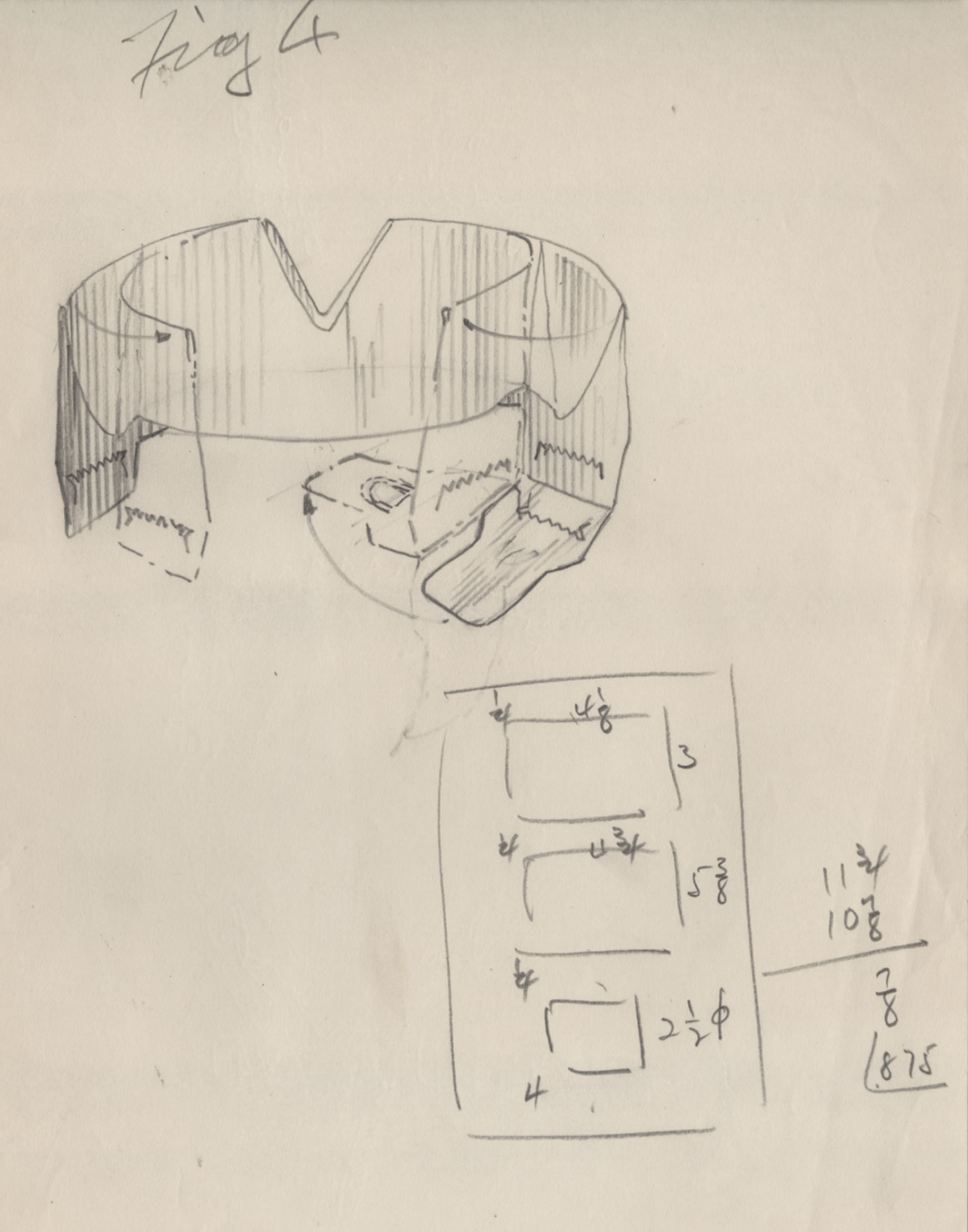 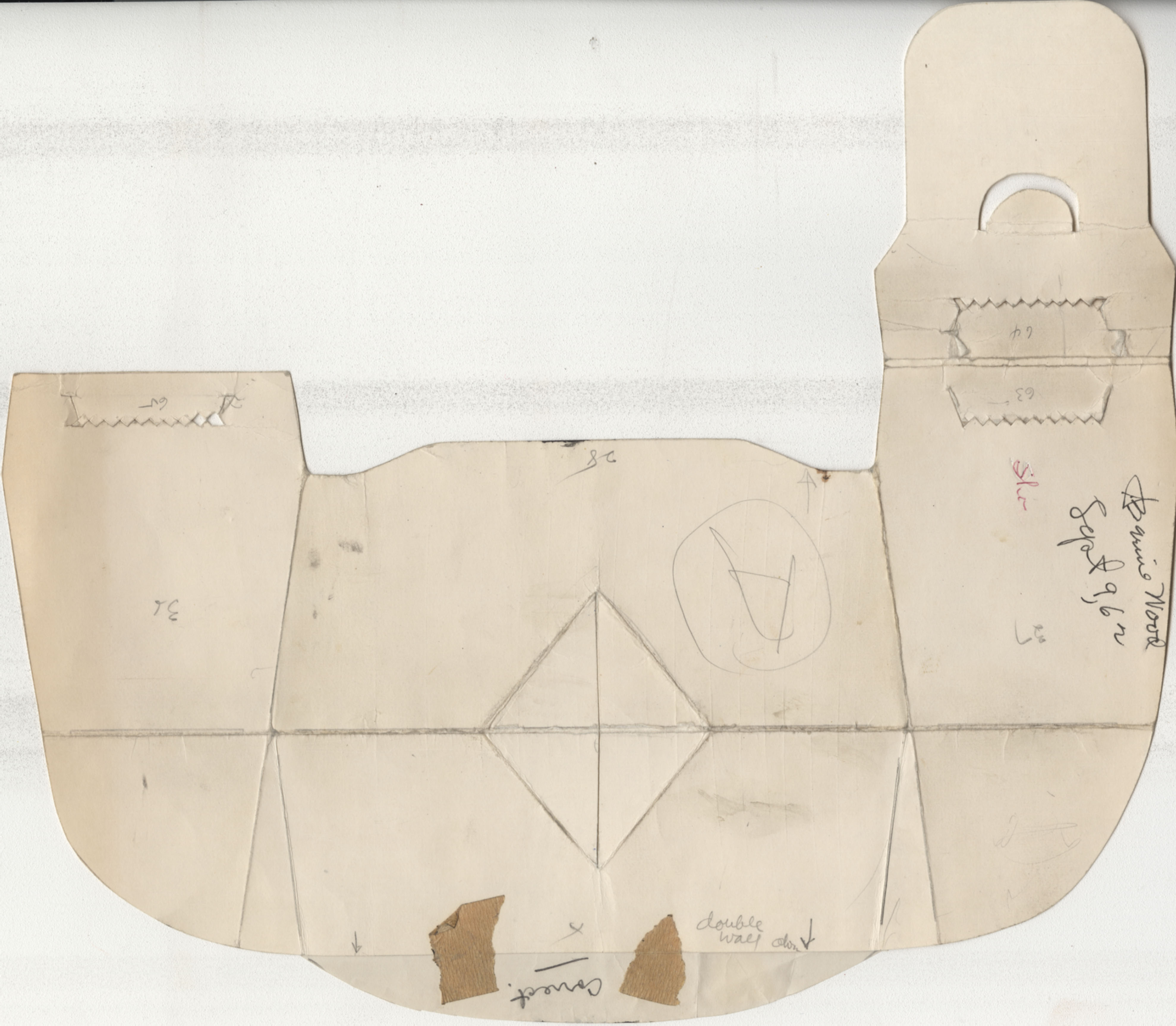 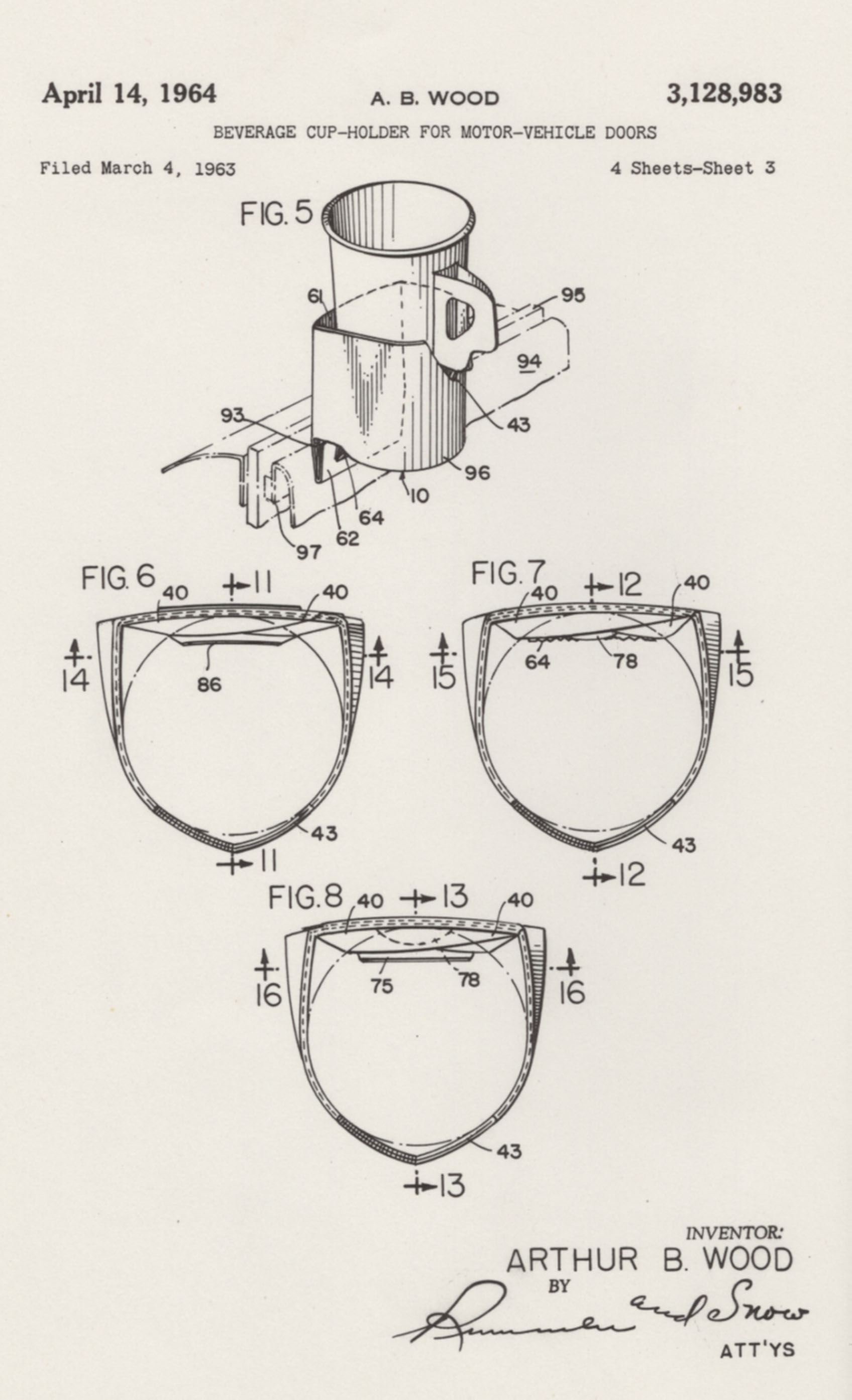