On Thanksgiving, Americans consume about 46 million turkeys. The key to serving a perfect bird is getting the interior to just the right temperature. Too low and you risk getting sick from the undercooked meat. Too high and it’s likely to be dry.

About 30 million turkeys are sold each year with built-in pop-up timers designed to tell cooks when the bird has reached that magic temperature. Today, the pop-up timer market is dominated by Volk Enterprises, founded in the 1950’s by Anthony Volk. When he returned from serving in World War II, Volk began working in a turkey processing plant, which led him to invent a variety of turkey-related products, and ultimately, to start his eponymous company.

Before he invented his pop-up timer, Volk worked with his brother Henry to create a device called the Hok-Lok, which helps to bind the turkey together. The wire contraption, which is meant to be left on the turkey even during cooking, keeps the drumsticks right alongside the turkey breast, and helps make the breast look plumper. Basically, it keeps the whole bird together and looking nice. Though the company has since innovated on the design and created new binding products out of different materials, the Hok-Lok is still used today. 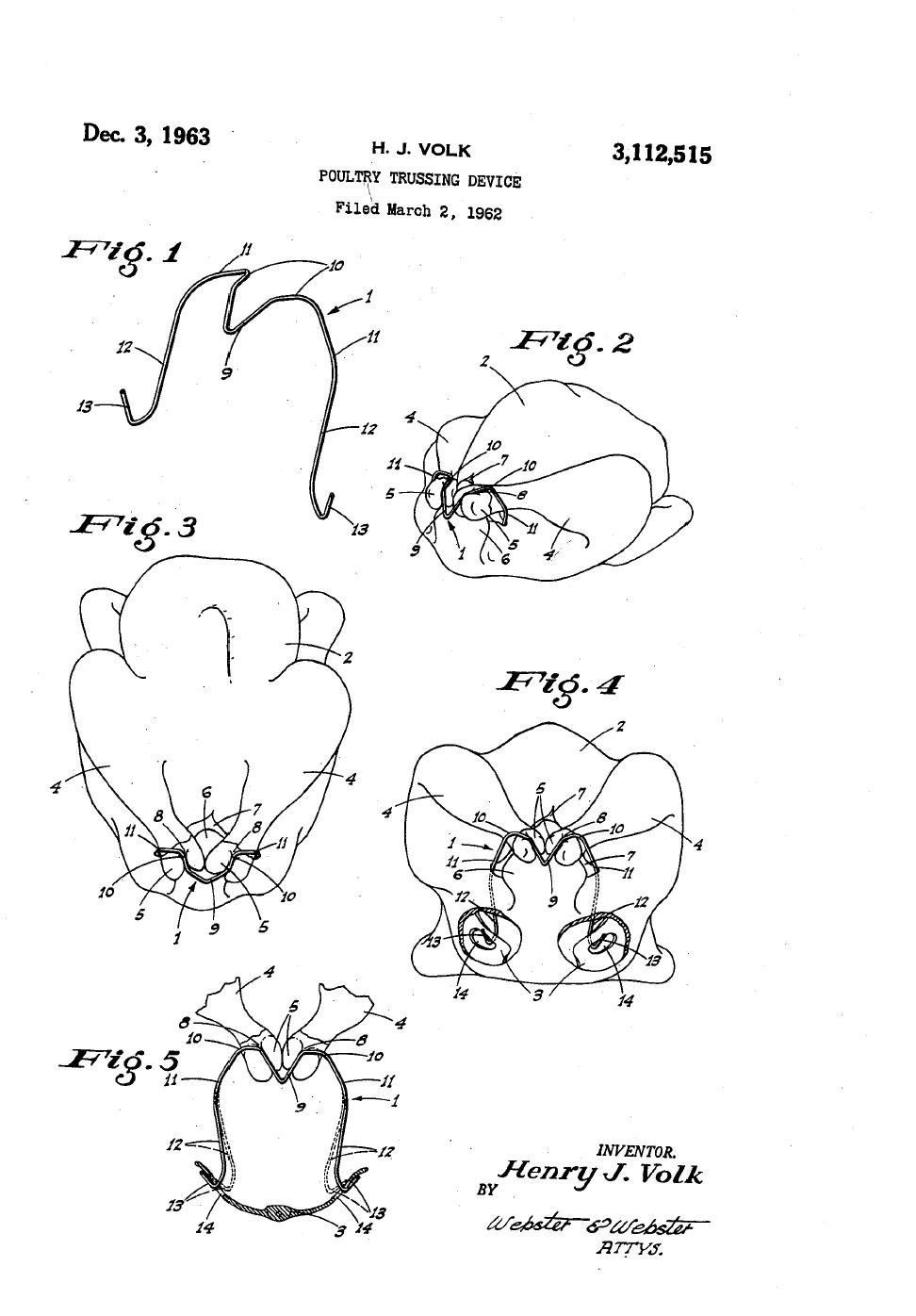 Patent drawing for the Hok-Lok, a Poultry Trussing Device.

After the Hok-Lok, Volk went on to develop a turkey thermometer, but he wasn’t the first to do so. In the 1960’s, a group from the California Turkey Producers Advisory Board began thinking about how to gauge when a turkey was done—but not overdone. The Board was receiving complaints about turkeys being too dry, which they attributed to overcooking. The group began brainstorming ways to combat this, and came up with the idea of an insertable thermometer. 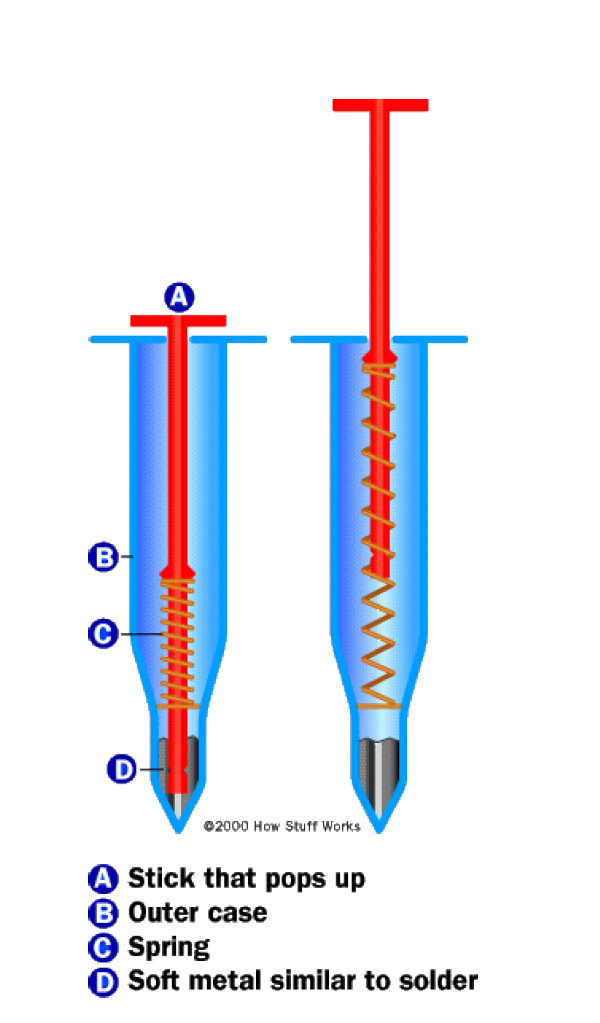 How a pop-up timer works (via How Stuff Works)

In 1971, after prototyping various solutions, the group filed a patent for a Thermal Indicator “particularly suited for use in indicating temperatures attained by a heated body such as an article of food….” The Indicator was inspired by ceiling sprinklers that activate when they reach a certain temperature. The turkey thermometer consists of four parts: an outer tubular casing, an inner piece that pops up when the appropriate temperature is reached, a spring, and a small amount of metal at the bottom of the tube. The inner pop-up piece is situated in the metal, which is solid before cooking. The metal melts as the turkey cooks, releasing the inner piece and allowing it to pop up. 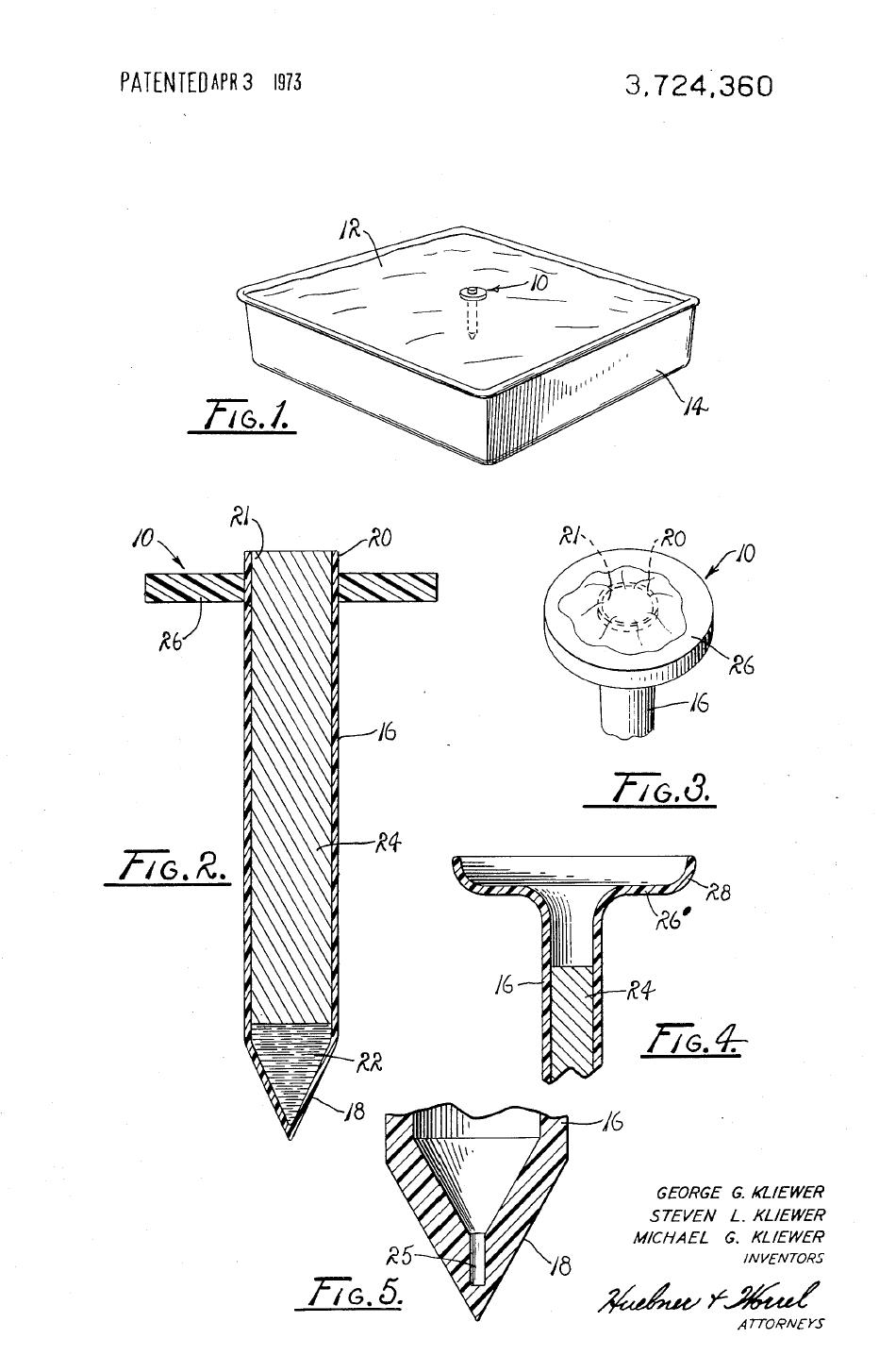 The group established the Dun-Rite Manufacturing Company to make the devices, but in 1973, sold it to 3M. 3M refined the design and continued to make the timers until 1991, when it sold that part of its business to none other than Volk Enterprises.

In the 1970s, Anthony Volk invented his own turkey thermometer. A reverse of the pop-up timer, Volk’s Vue-Temp thermometer was designed to stick out when the turkey was raw and to sink into the bird as it cooked. The design seemed to confuse consumers, however, and Volk soon abandoned that design to develop his own pop-up timer, which was similar to the Dun-Rite/3M device. (It was so similar, in fact, that 3M sued Volk Enterprises in the 1980s for patent infringement. The suit was ultimately settled, however, and both companies continued to produce the timers.) 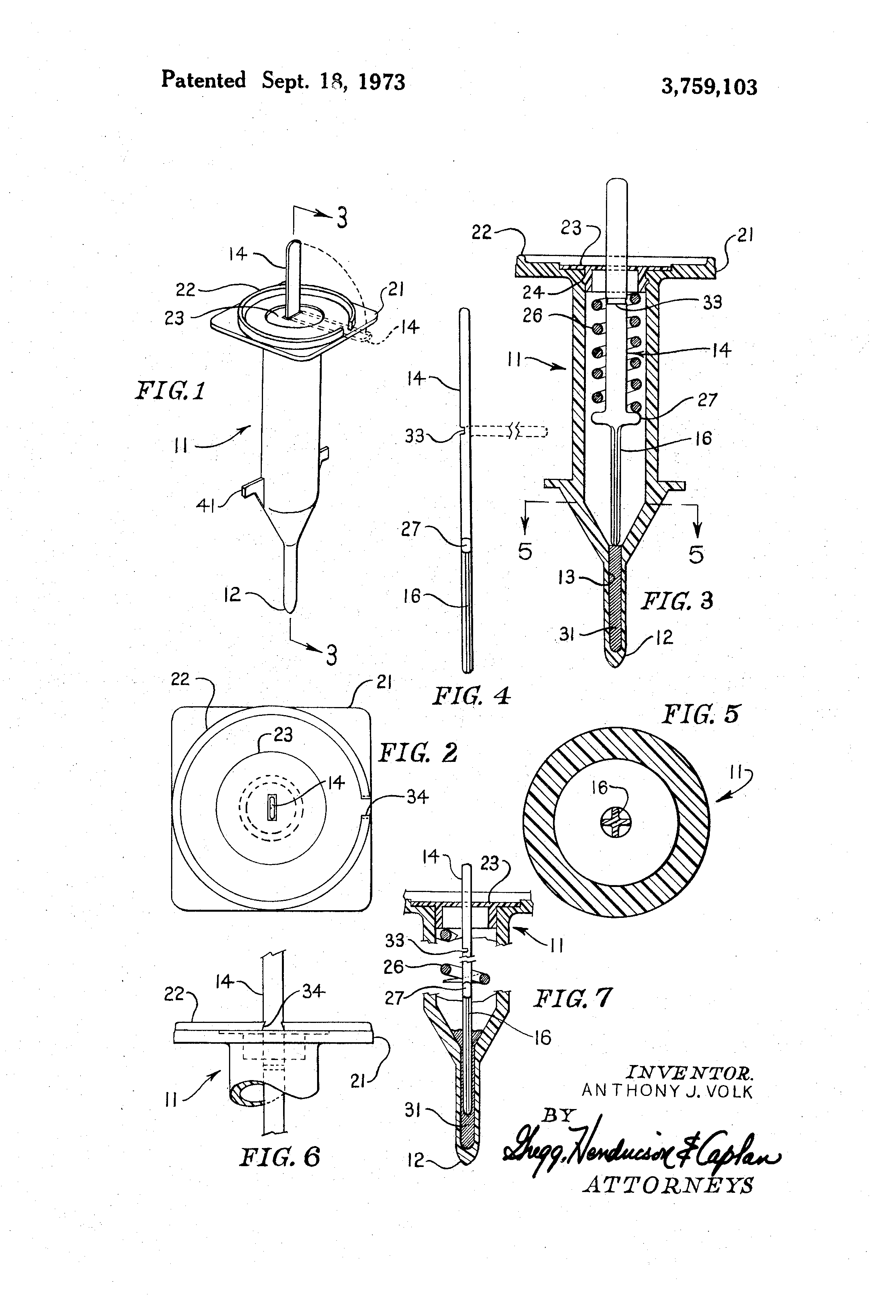 Though Volk Enterprises dominates the built-in turkey timer market today, there are also pop-up thermometers that can be purchased independently of a bird. The most innovative (at least aesthetically)? This thermometer that is actually shaped like a turkey. Its drumsticks pop up when the meat is done. 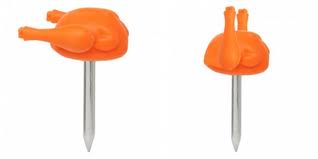