It’s no wonder that a unique jazz sound emerged from Pittsburgh. The city has a hum and a buzz, a palpable energy that resonates in its landscape, social spaces, and multitude of people. My colleague Ken Kimery—Executive Producer of the Smithsonian Jazz Masterworks Orchestra and Program Director of our Jazz Oral History Program—tells me the sound is unmistakeable. That you instantly recognize the city’s voice and feel in the placement of the beats of Kenny Clarke’s, Art Blakey’s, and Roger Humphries' drums. In Stanley Turrentine’s saxophone. In Billy Strayhorn’s compositional techniques and the musical dialects produced through jazz session group dynamics.

I recently went to Pittsburgh wanting to know more about this sound for the Lemelson Center’s Places of Invention (POI) Affiliates Pilot Project. When the POI exhibition opens in 2015, the story of Pittsburgh jazz innovation will be featured on a large, digital interactive map at the center of the exhibition and website. The Senator John Heinz History Center, one of our most active Smithsonian Affiliate museums, is creating content for the project with Dan Holland of the Young Preservationists’ Association of Pittsburgh. The story will focus on the 1920s–1960s. Ken Kimery and Marty Ashby, Executive Producer of Pittsburgh’s MCG Jazz, are advising the team, directing them to additional experts and resources and making available oral histories and other multimedia. When the exhibition opens, the public will have opportunities to comment on the story and add recollections of their own, making the map another repository for the growing body of documentation about the city’s jazz history. We’re especially eager to see material posted by the Pittsburgh jazz and preservation communities 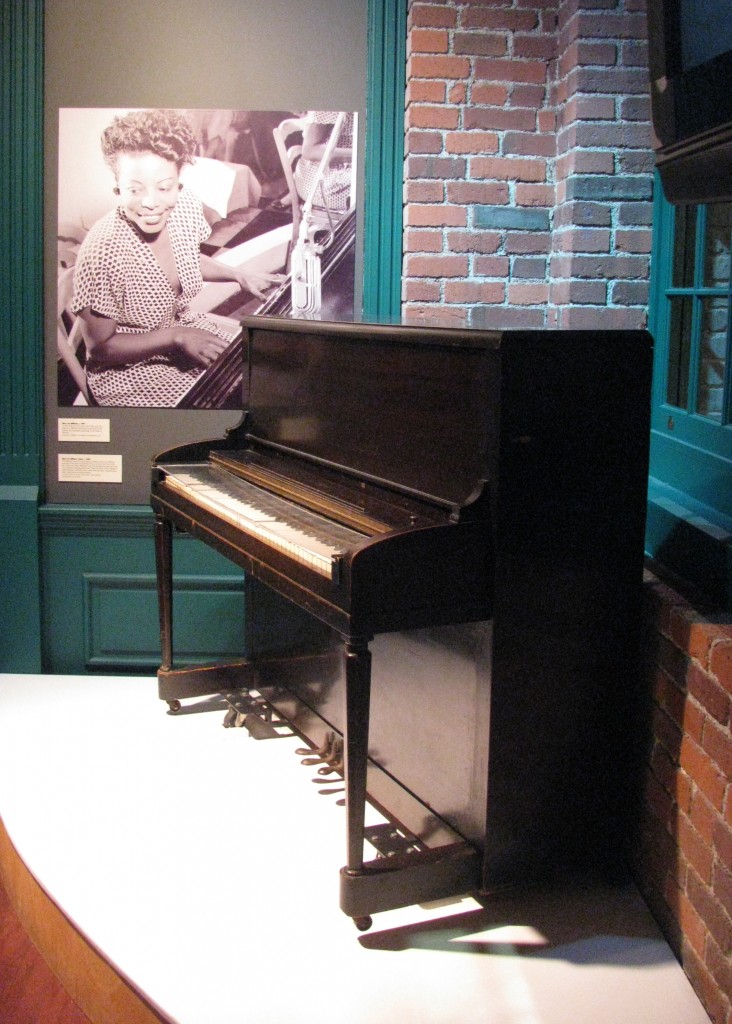 Mary Lou Williams’ piano, c. 1940s, on view in a re-creation of the Crawford Grill in the Senator John Heinz History Center’s exhibition, Pittsburgh: A Tradition of Innovation.

The thesis of the POI exhibition is that place and community matter; that advantages and limitations of geography and resources drive innovation when combined with new ideas shared and refined through social networks. If I had any questions about Pittsburgh geography, they were answered on my drive into the city to visit the POI team. My car went up and down and around steep hills, past rocky slopes, and over railroad tracks and wide rivers moving large chunks of ice. As I wound through neighborhoods of brick houses, I couldn’t help but lean into each curve and think of the geology that helped drive the city’s famous steel and glass industries. Buildings I passed on rocky outcroppings looked more like cliff dwellings than urban homes. 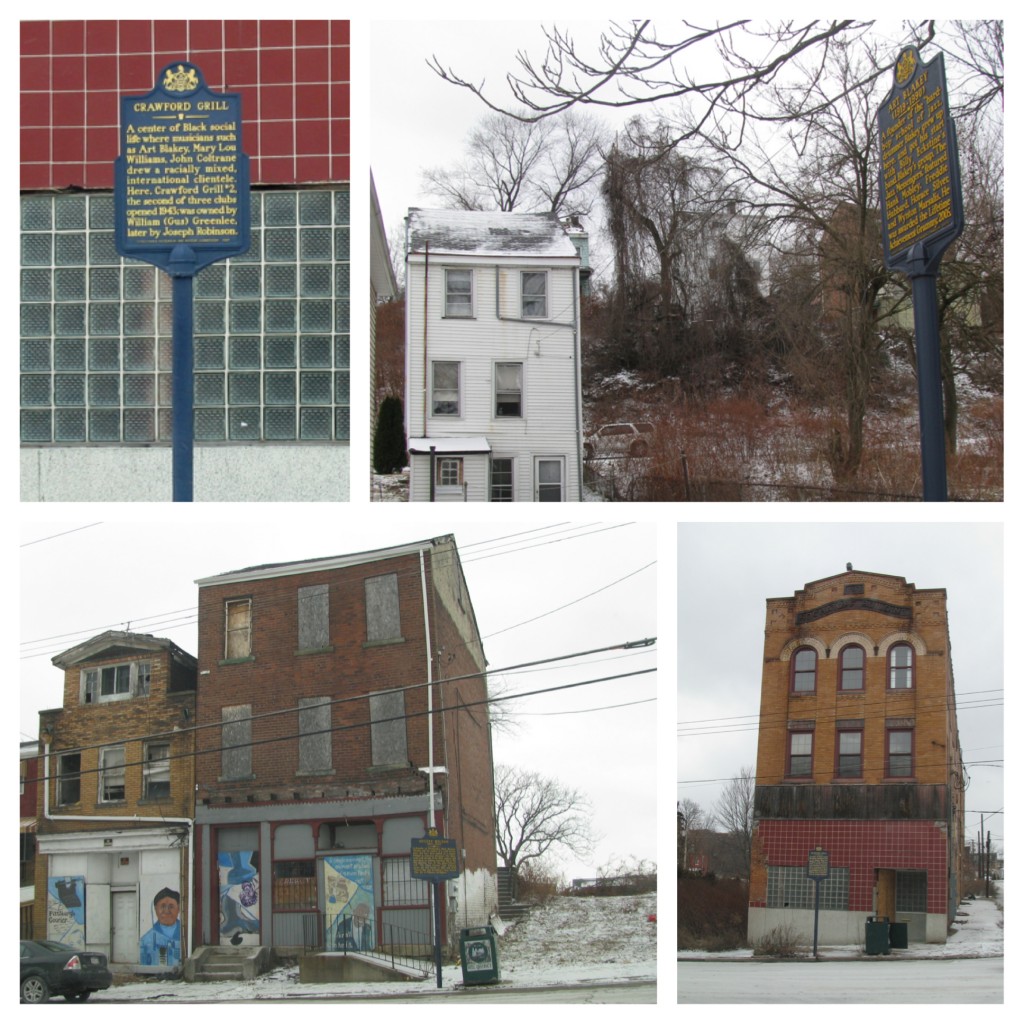 I learned even more about Pittsburgh’s landscape on a tour of the city’s Hill District led by Dan Holland. His knowledge of the area—the things that live even when the physical structure might be gone—was not only impressive but also moving. Smithsonian Affiliations’ Jennifer Brundage and the Heinz History Center’s Sandra Smith and Kate Lukaszwewicz also joined and provided helpful insight. As we passed the homes of Art Blakey and August Wilson, we saw storefronts and row houses clumped together on otherwise razed blocks. The Crawford Grill nightclub held its own on a street corner behind a blue historical marker. At the New Granada Theater on Centre Avenue, signs of community involvement and recovery were evident. 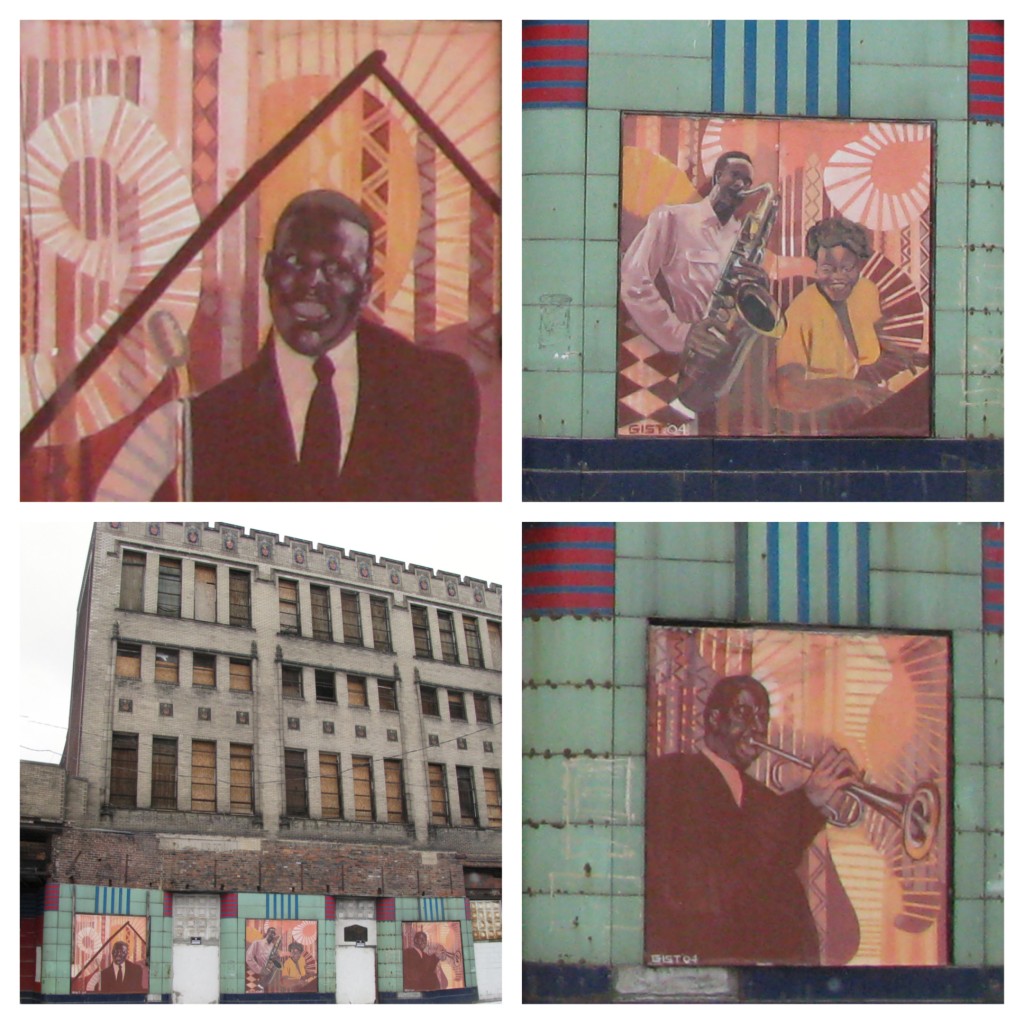 Details of the New Granada Theater featuring Pittsburgh jazz legends. The building was originally built as a Pythian Temple for the Knights of Pythias, an African American craftsmen lodge.

Dan also took us to a special spot on the Hill for the tour’s most dramatic view: a panorama of “the city of bridges.”

View of the Strip from the Hill: The Heinz History Center’s Sandra Smith and Kate Lukaszewicz with the Smithsonian’s Jennifer Brundage and YPA’s Dan Holland. Remains of old funicular to the right. Allegheny River in the background.

Nearby, we could see the remains of the old Penn funicular from a time when gravity planes transported coal and people up and down the Hill to the Strip District. 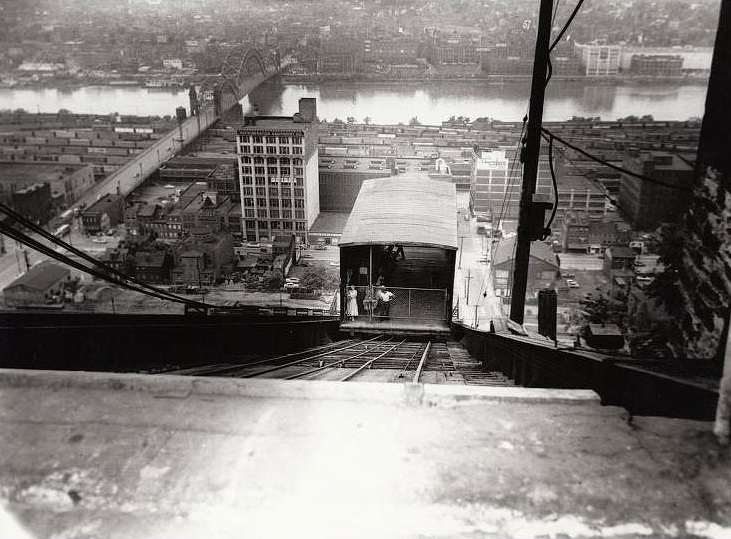 So how did the city’s geography, community, and networks shape Pittsburgh jazz? Our team is exploring this question in detail, taking into account the research and documentation that has been lovingly preserved in its cultural institutions. Does it come from the people dining with—celebrating with—worshipping with—playing with—laughing with—surviving with each other in segregated Pittsburgh? From a strong African American middle class with money to spend at the lively social spots that lined the Hill? From the mix of ethnicities that came to live and work together? From the many schools and institutions promoting music education? From the building trades-inspired apprenticeship system? From the clubs serving mill workers whose shifts ran around the clock? From the artists who could actually make a living performing and teaching in the city? From the visiting musicians bringing new ideas and inspiration to the music scene while on layovers between New York, Chicago and New Orleans?

Or was it something else? The very rhythm of the city itself? Can the answer be found in Teenie Harris’ photographs of musicians and good-timers packed into the Crawford Grill and Goode’s Pharmacy? In images of children in classrooms clapping to live piano or playing brass instruments and bongos on the street? In performance shots of Roy Eldridge blasting his trumpet, Art Blakey on drums, a young Ahmad Jamal at the piano, and Duke Ellington and Billy Strayhorn backstage at the Stanley Theater? In the movement of the dancers and Lena Horne captured in a night at the Loendi Club? In Mary Lou Williams sitting at the Syria Mosque’s piano, surrounded by Earl “Fatha” Hines, Erroll Garner, Billy Eckstine, and Maxine Sullivan? 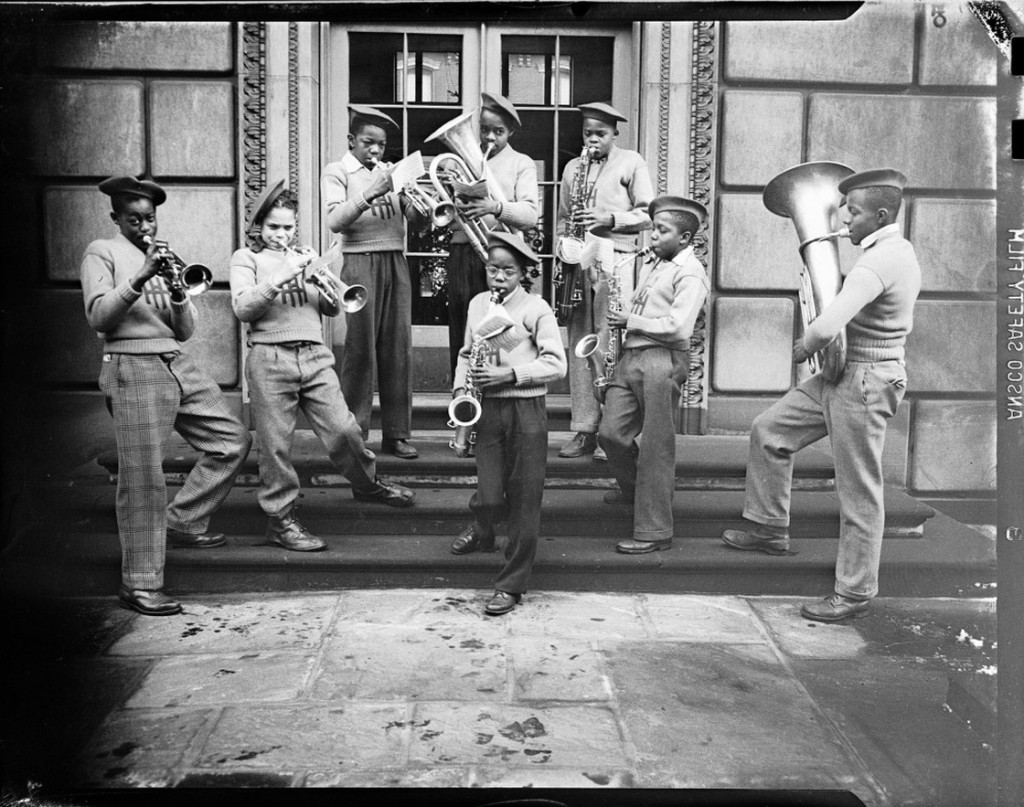 My colleagues and I are enthusiastic to learn more and see how the Pittsburgh POI team develops its story. My trip was deeply rewarding and full of exuberant conversations about the project and the importance of telling this often overlooked story of Pittsburgh invention. We welcome all to join us as we celebrate the ongoing innovation of the Pittsburgh jazz sound. 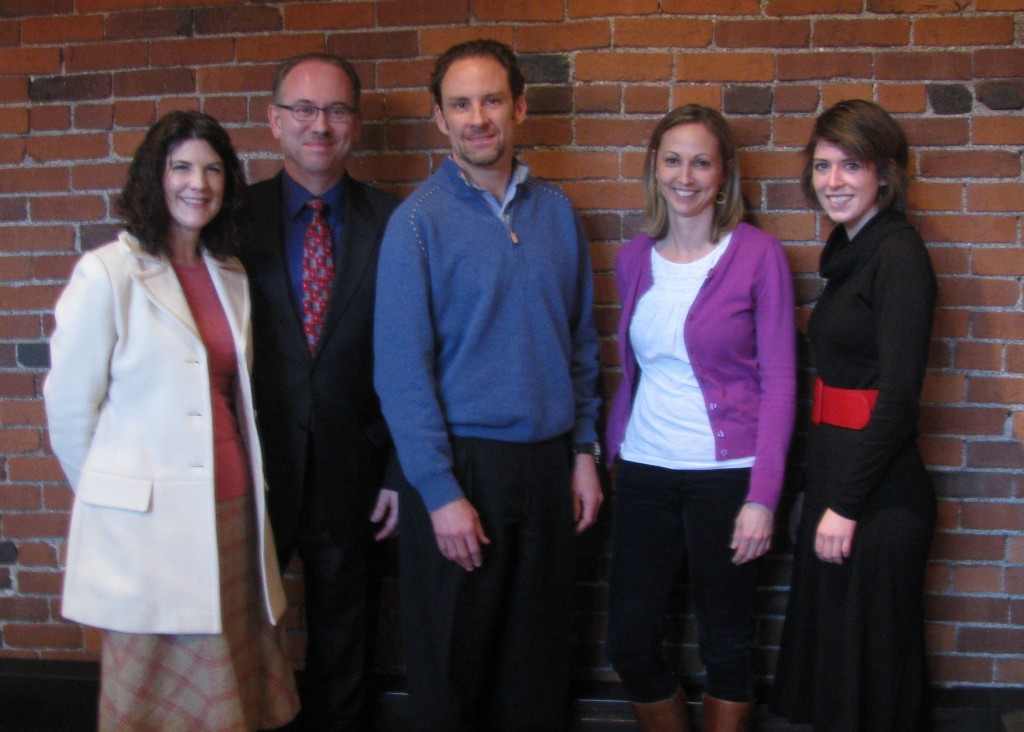