Inventing to Clean Up the Ocean

Inventors around the world--and in Spark!Lab--are coming up with new ways to clean up our oceans

On a hot summer morning, I walk into the National Zoo. Just inside the Connecticut Avenue entrance to the park I’m greeted by a giant parrotfish. I’m immediately captivated by its vibrant colors—yellows, oranges, greens, and blues. As I look more closely, I see what give the fish its color and texture. Not gills and scales, but plastic. Flip flops, sand buckets, plastic sheeting, water bottles, a toy sailboat, and even a bowling pin make up this larger-than-life creature. 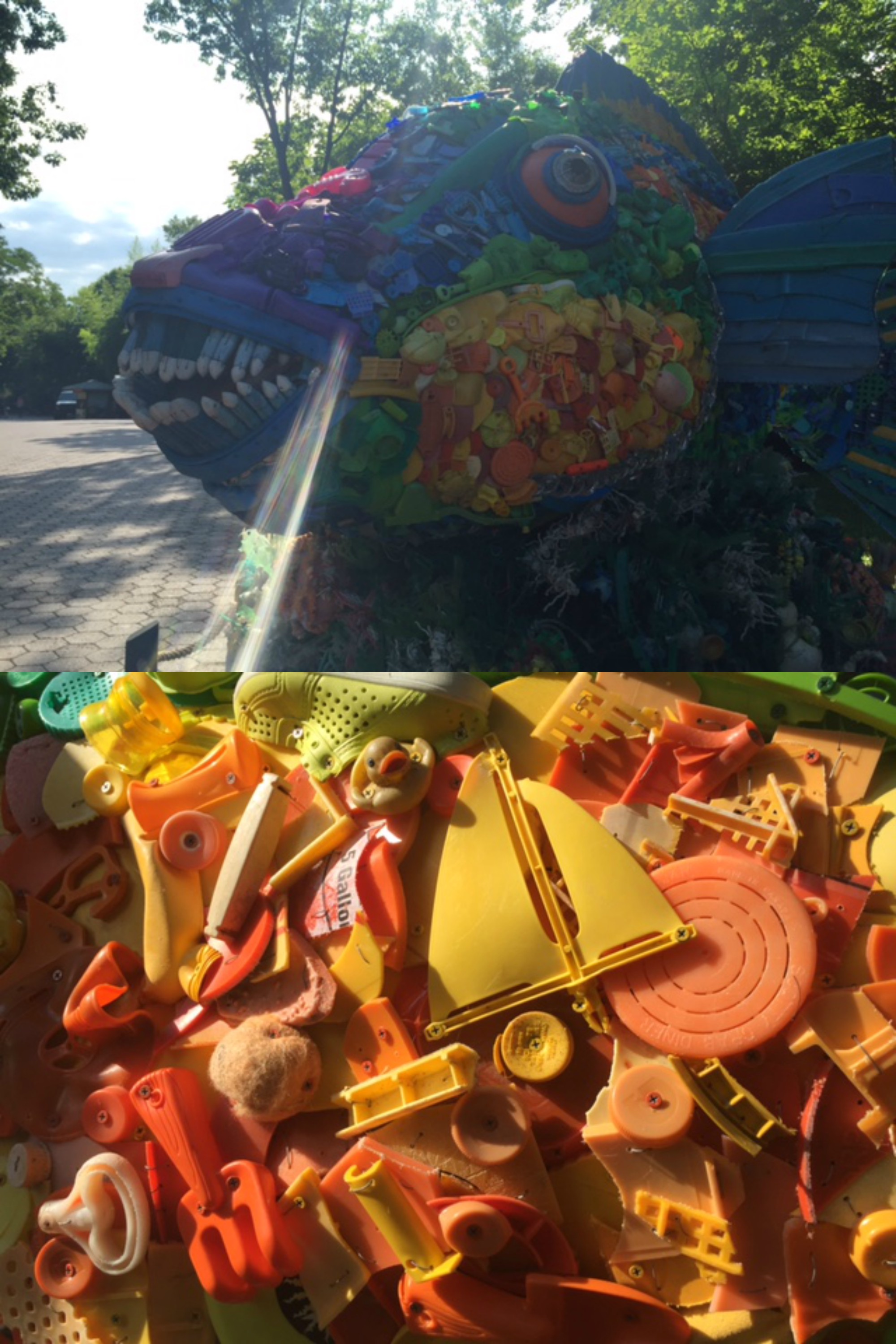 The parrotfish sculpture (above) and detail

The parrotfish sculpture is part of the Washed Ashore: Art to Save the Sea  exhibition on view at the Zoo until September 5, 2016. Founded in 2010, the Washed Ashore organization collects plastic and other debris that washes up on the Oregon coast. Founder and lead artist Angela Haseltine Pozzi, along with teams of volunteers, uses the waste to create sculptures like the parrotfish to “educate a global audience about plastic pollution in oceans and waterways and spark positive changes in consumer habits.” According to Washed Ashore, they have processed 38,000 pounds of marine debris (90% of which is petroleum based), and created more than 60 sculptures which have been exhibited around the United States. 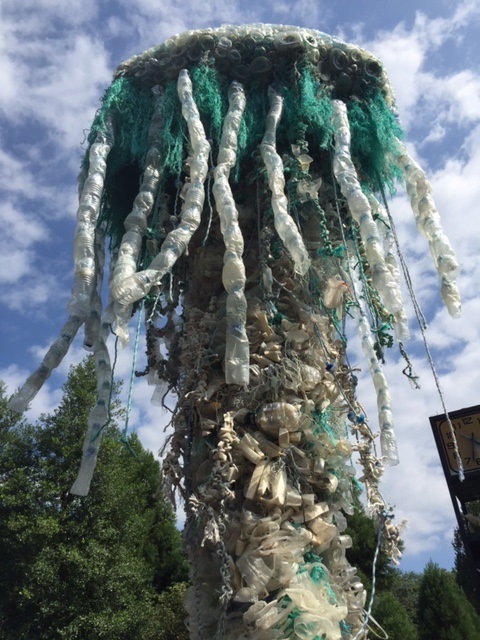 The sculptures are both beautiful and sobering, highlighting the enormous challenge the world is facing. A 2015 study from the University of Georgia estimated that eight million metric tons of plastic end up in the ocean every year. That’s a lot of plastic polluting our waters and harming fish and other marine life. But as grim as the situation may seem, there are inventors around the world working to develop ways to remove plastic and other debris from our waterways:

As part of our "Planet" themed activities in Spark!Lab, we are challenging our young visitors to develop prototype solutions to this same problem. Most kids are already aware of the challenge when they visit Spark!Lab, and are motivated to sketch, create, try, and tweak their invention ideas to find new ways to remove plastic from the ocean. It’s inspiring to see children working together to tackle the challenge and developing creative solutions. Inventions have included innovative netting systems, vacuums, plastic-attracting magnets, and even a school of robotic plastic-incinerating fish. 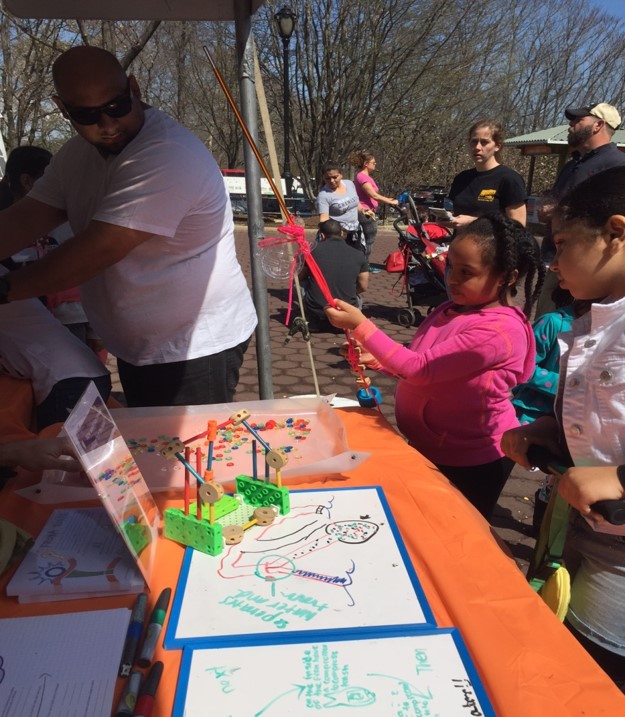 A visitor prototypes her invention to remove trash from the ocean

What would you invent to help clean up the ocean?