We are being watched. Anytime we enter a building, place a phone call, swipe a credit card, or visit a website, our actions are observed, recorded, and analyzed by commercial and government entities. Surveillance technologies are omnipresent—a fact underscored by the Boston Marathon bombing dragnet and Edward Snowden’s revelations of widespread domestic surveillance by the National Security Agency earlier this year. It’s clear that we live in a “surveillance society” driven by a range of innovations, from closed-circuit TV cameras to sophisticated data mining algorithms. But how did our surveillance society emerge, and what is the effect of ubiquitous surveillance on our everyday lives?

To tackle these questions, the Lemelson Center is presenting Inventing the Surveillance Society, a symposium that explores the role of invention and technology in a modern world where our actions (and transactions) are constantly being monitored. The symposium will bring together scholars, inventors, policymakers, members of the media, and the public to discuss the historical evolution of surveillance technologies, and their contemporary societal implications. The symposium will be held on Friday, October 25 at the Smithsonian’s National Museum of American History in Washington, DC. All events are free and open to the public and will be available via live webcast.

As I’ve told friends and colleagues about our upcoming symposium, I’ve encountered some mild surprise that a history museum would be convening this kind of conversation. Let me provide a few reasons why the Lemelson Center and the National Museum of American History are the right place for this discussion and describe how our approach will be different than what you typically see on the 24-hour news cycle.

The President said we should do it. As a Smithsonian (i.e. federal) employee, I listened closely when my boss, President Obama, made remarks on the heels of Snowden’s revelations about the NSA’s domestic surveillance programs. In his June 7 news conference, the President suggested that the American public will need to “discuss and debate” the “balance between the need to keep the American people safe and our concerns about privacy.” With our symposium, we are providing a free, public forum for exactly this kind of discussion here at the Smithsonian.

Widespread public access. Think tanks and university department host these kinds of programs all the time, but they tend to operate at a somewhat rarified level; unless you’re a scholar or policymaker, it can be tough to get on the invitation list. Here at the museum, admission is free and we welcome all comers. And if you’re not in DC, then you can tune in via a live webcast. By hosting a very public event, we believe we’re fulfilling our Smithsonian mission—“the increase and diffusion of knowledge”—in a way that will be accessible to the broadest number of people. We hope you’ll participate in the discussion.

Current events in historical perspective. Over the last several months, questions about surveillance have been debated daily in newspapers and on current affairs news programs. They rightly focus on breaking news—that’s their job. However, the emergence of the surveillance society did not occur overnight. As a museum, we can present the long view on surveillance and hopefully uncover some insights that will illuminate our current era. 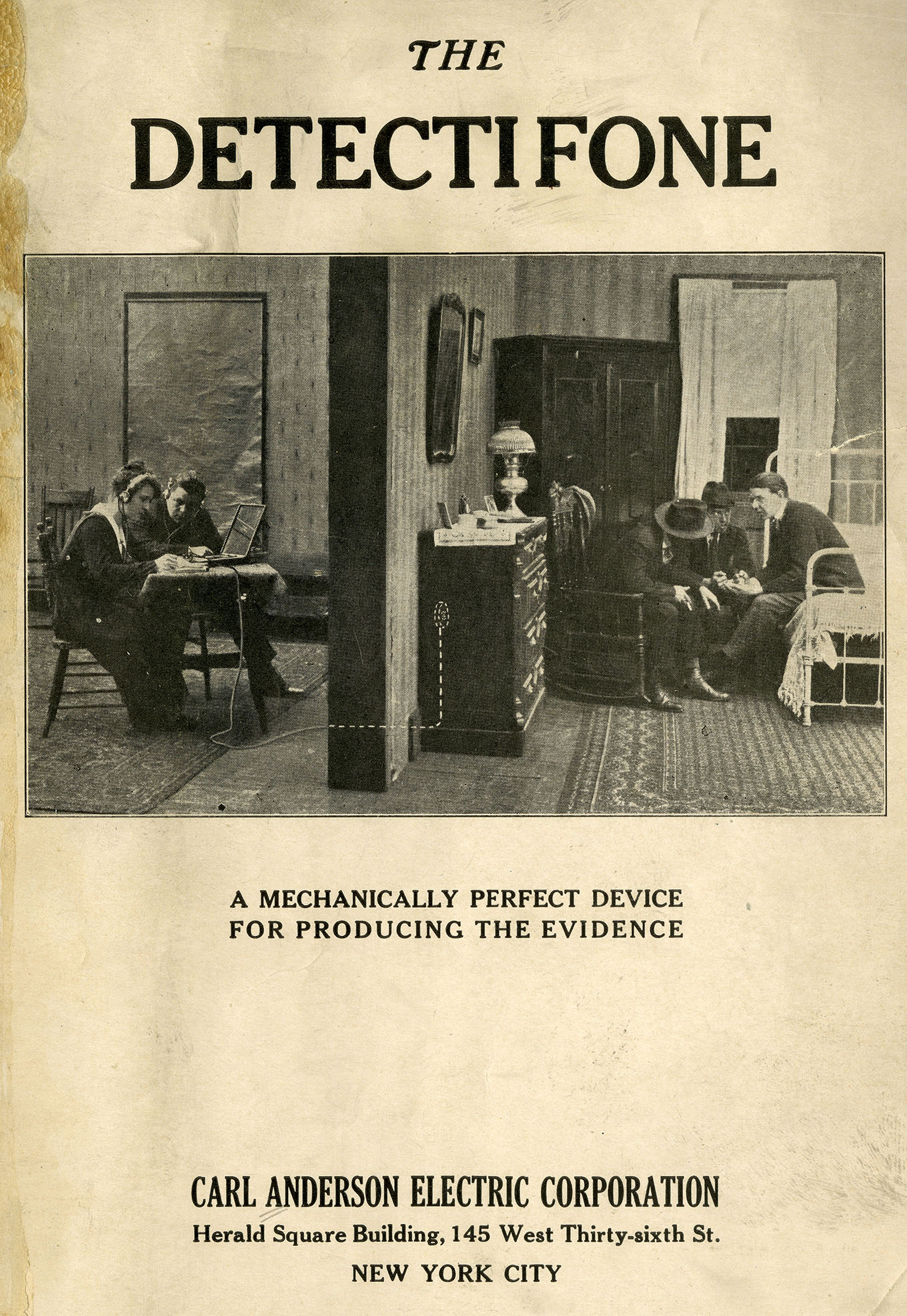 Surveillance is not new. Since ancient times, kings and pharaohs have dispatched spies to gather intelligence on things happening both inside and outside the kingdom. And over the last 150 years or so, those direct, human observations have been augmented by a range of new inventions that have improved the watchers’ ability to capture, store, and analyze their observations. Yet, a symposium dedicated only to the history of surveillance wouldn’t be very relevant, so we plan to explore both the historical emergence of the surveillance society and its contemporary implications. Today’s news is tomorrow’s history, so it’s crucial that the museum convene conversations like this to explore and document current topics like surveillance that will be historically significant in 50, 100, or even 200 years.

Focus on invention and technology. In the news, the conversation about surveillance tends to be framed in terms of legal and ethical issues: how do we balance national security and personal liberty? However, few pundits stop to consider the technological basis of the surveillance society. As with past symposia that have explored topics likes spaceflight, food, and sustainable architecture, the Lemelson Center’s 2013 program will specifically examine the surveillance society through the lens of invention and technology. 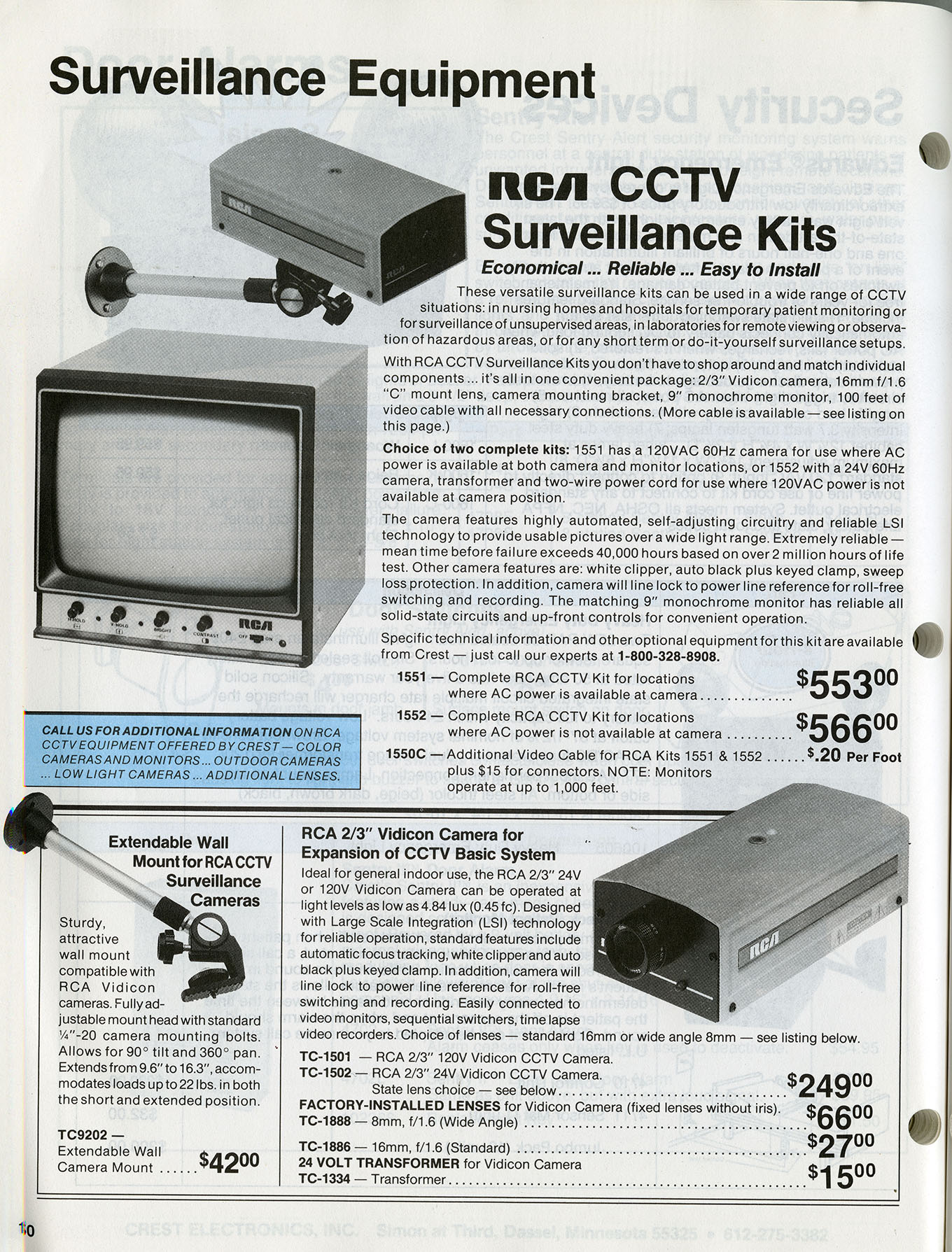 At its heart, modern surveillance is fundamentally driven by technology. For example, the invention of the daguerreotype and the phonograph in the 19th century created new kinds of recorded evidence that were more trustworthy than faulty memories or hearsay. Similarly, 20th century office technologies like the dossier, the carbon form in triplicate, and the filing cabinet were mundane (but crucial) innovations that enabled government and commercial bureaucracies to gather, store, and retrieve information about us. Today, autonomous cameras record your entrance into a building—or through a red-light intersection. Massive data warehouses store terabytes of information about our credit card transactions and website clickstreams, so that sophisticated data mining algorithms at Amazon and Netflix can suggest the kinds of books and movies it believes we would enjoy. Clearly, the advance of technology has expanded the scope and strategic value of surveillance. Accordingly, the symposium’s emphasis on invention should provide new insights that go beyond the familiar privacy-security debate.

So that’s the advance scoop on Inventing the Surveillance Society, our annual Lemelson Center symposium, coming to the National Museum of American History on Friday, October 25. Check out the program here—we hope you’ll attend or check out the live webcast! In the coming weeks, I’ll say more about our featured speakers and what they’ll be discussing—stay tuned!