Invention and Innovation in Fiber Arts

Much like other thriving communities of invention, fiber arts encourages experimentation, tweaking, failure, and entrepreneurship. Here are my top five favorite discoveries.

In my explorations of knitting, I have discovered a whole world of invention in fiber arts. This is no rocking-chair field; it’s a contemporary one full of surprises, intelligence, and devoted community. Much like other thriving communities of invention, fiber arts encourages experimentation, tweaking, failure, and entrepreneurship. Here are my top five favorite discoveries:

1. Knitting—and fiber arts in general—is a collaborative field that lends itself well to the invention process.

In knitting communities such as Ravelry.com, fiber artists invent new patterns and upload them for other knitters to test. These knitters then recognize mistakes—or errata—in the patterns and report them back to the knitter, who tweaks the pattern to correct it. This pattern is then uploaded for others to purchase. Additionally, many patterns encourage other knitters to adapt patterns to their personal likes or needs. Substitutions of fiber, color, and additional flourishes such as cables or ribbing actually result in new patterns, which are then tested and uploaded for purchase. It’s a cycle of innovation that results in a myriad of patterns to choose from. 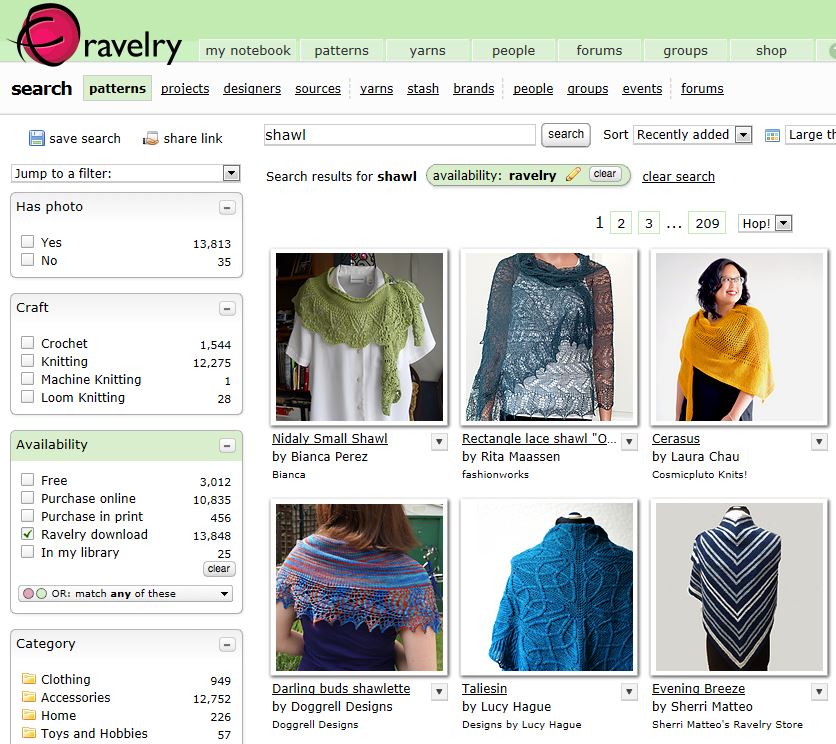 2. Failure is an inherent part of learning in knitting and can lead to surprising results.

Failure is probably one of the best ways to learn how to move forward in knitting. Unlike sewing, where a slip of the scissors can ruin an entire garment, mistakes in knitting can often be easily fixed. This has encouraged me to try new techniques, knowing that if I drop a stitch or lose my place, there are ways to fix it.

Additionally, making mistakes in a pattern can actually create a new and interesting stitch. This stitch can then be incorporated into a new pattern, like the Purl Bee’s Easy Mistake Stitch Scarf. Et voila, a slip of the needles becomes a new invention!

One of my favorite contemporary artists is Nick Cave, a fiber artist who developed iconic Soundsuits. These sculpture-costumes of found objects, hair, and recycled fiber are meant to conceal the wearer’s race, gender, and identity. Cave created the Soundsuits in reaction to the Rodney King riots, which happened while he was living in Los Angeles. 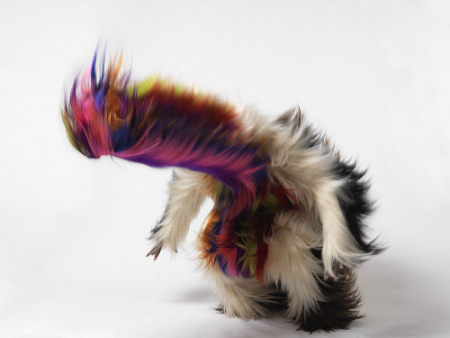 A Soundsuit by fiber artist Nick Cave. Image via laurenfenton.com.

On a more mundane level, everyday knitters who are environmentally conscious have begun to unravel old sweaters and knit with the upcycled wool. I’ve started doing this as well, and have discovered that it’s incredibly satisfying to turn an ugly sweater into a something current and fresh. However, it takes a LOT of work—I have to unravel the sweater, wash the wool, hang it to dry with a weight to get the kinks out, and then twist it into a skein. I’m going to have to be pretty intentional to continue this practice.

One of my reclaimed wool projects. 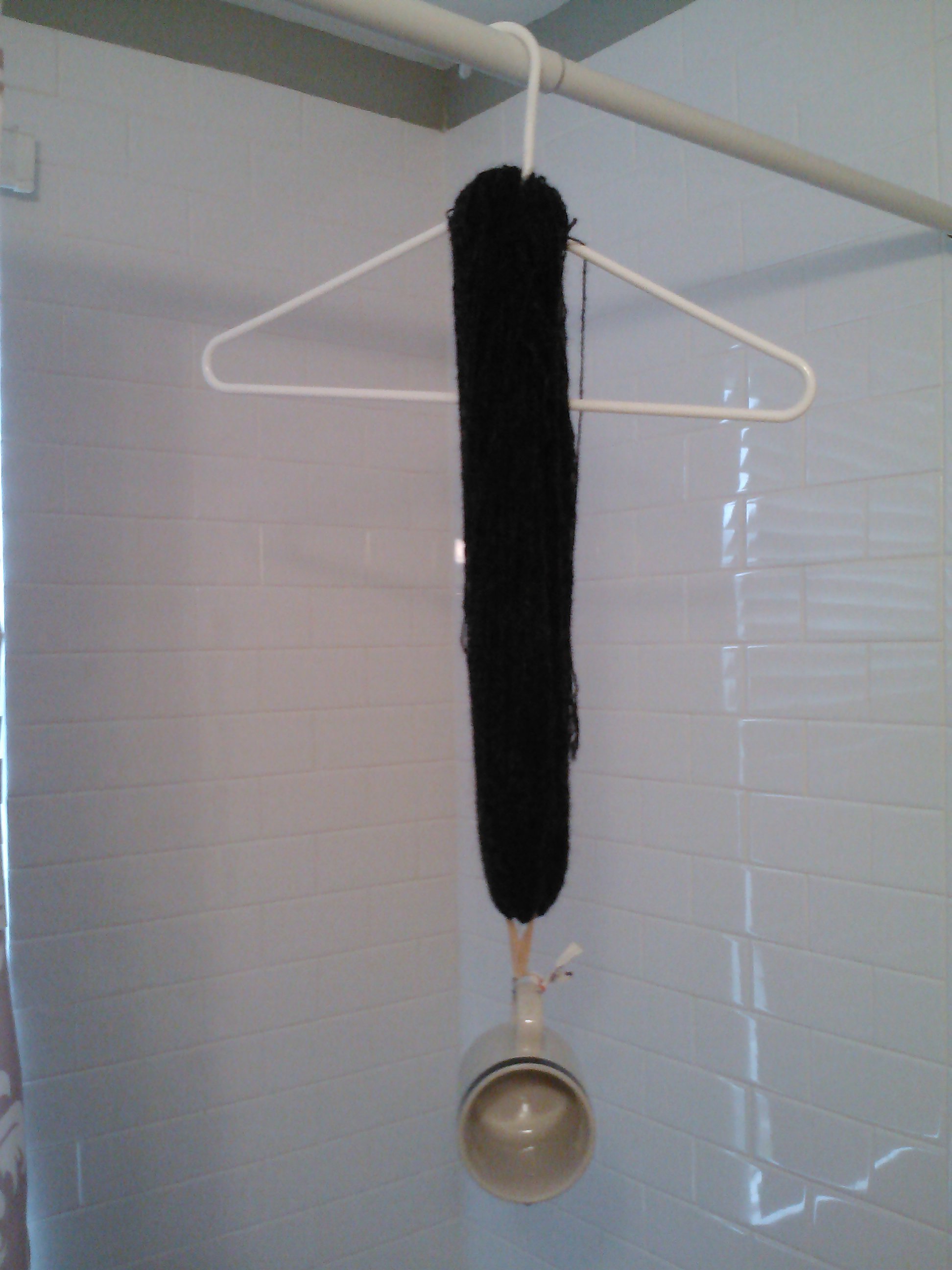 My improvised system of getting the kinks out of upcycled yarn: coat hanger, rubber band, and coffee mug.

4. There is a ton of innovation going on in knitting.

Yarn bombing, spinning plastic, contemporary basketry—the list goes on and on. In my opinion, a heightened interest in innovation in fiber arts is reflective of a cultural turn towards wanting to do something with our hands and keep a historical tradition alive. In the high-tech sector, knitting is being sourced as a way to improve performance. This can be seen in the Nike Flyknit Racer and gloves with knitted conductive material for touchscreen use. 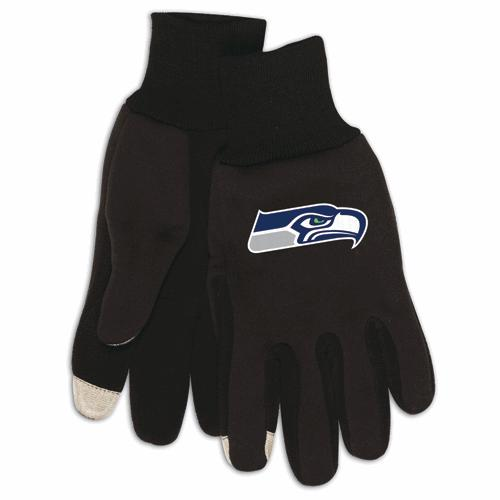 You can get touchscreen gloves with knitted conductive materials in your favorite team’s logo. Screenshot from Seahawks.com.

5. Contemporary knitters pull from a long and rich history of American fiber arts.

American fiber arts have a long and rich history in America. According to the Anne Macdonald’s No Idle Hands: The Social History of American Knitting, knitting has been an integral part of American life since the very beginning. First Ladies such as Martha Washington and Eleanor Roosevelt were avid knitters, and urged others to take up the craft to make a political statement, and as a way to gain social and financial independence.

The fiber arts collections we have here at the National Museum of American History show the artistry, craftsmanship, and innovative spirit of fiber artists that have been in weaving, carding, and knitting for a very long time. The following image is a pair of mittens knitted by Priscilla Ostrum Wilson (1831-1906). According to the Museum’s collection information, Priscilla lived in Wellsboro, PA. At age 18, she married and went to live on a farm, where she created mittens and sold them to merchants in nearby villages. 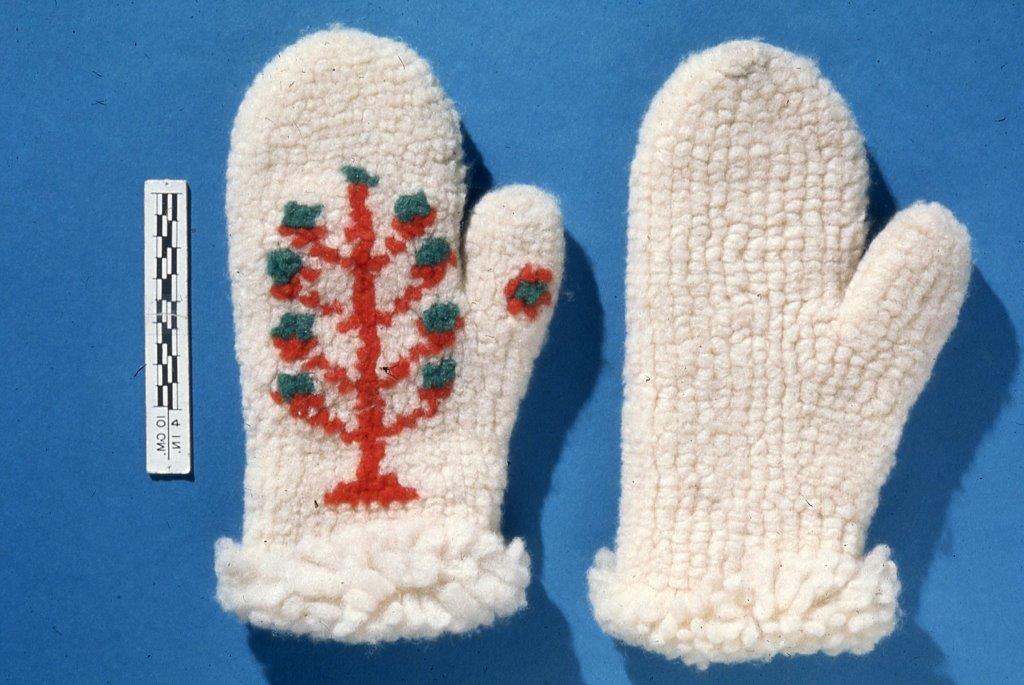 It’s fascinating to see such a rich history of invention and innovation in American knitting and fiber arts. I’m excited to see what’s next for the field, and to participate in its continual evolution. For more, join us on Twitter (@SI_Invention) Monday, August 19, from 1-2PM EST at for a coffee break conversation about the future of knitting using #brightknitting.