A look at the short-lived but technologically vital age of ice-making plants.

Where does ice come from? The refrigerator door, most of us would answer. But the technology to create the kind of “artificial” ice we take for granted took a long time to develop, and like most products viewed over time, started out much bigger.

The concept of producing man-made ice began as early as the 1850s, when several patents were filed for ice making contraptions. Until then, large blocks of ice were harvested directly from frozen lakes in the north, packed in straw, cork, or sawdust, and shipped southward to various ice houses built especially for storing them. Depending on the distance to travel and the temperatures at the time, the commodity could literally melt away before reaching its destination. The making of ice in factories closer in proximity to its final destination was more practical in theory, but rather fraught with difficulty in real life. The machinery required was massive, complicated, and expensive—so much so that artificial ice could not be competitively priced against natural ice without loss of profit.

However, the winters of 1889 and 1890 were especially mild, and the resulting ice shortages combined with increasing concerns about pollution in the lakes was enough to close the profit gap between natural and artificial ice. Enter George Frick’s engine and harvesting equipment foundry in Waynesboro, PA. George himself, having spent his life engineering and building steam engines and threshers throughout the early days of agricultural mechanization, had long retired from his company and left its management to his sons. His oldest, who went by A.O., teamed up with engineer Alfred Penney in the late 1880s and designed a “refrigeration machine,” which combined a specialized steam engine called the “Corliss” with a massive ammonia compressor to produce coolant.

This refrigeration machine could be used to provide mechanized cooling on a vast scale. Industries like breweries and meat-packing plants were early-adopters of mechanical refrigeration technology, desirous of maintaining their production year-round by keeping their buildings at a fixed low temperature. 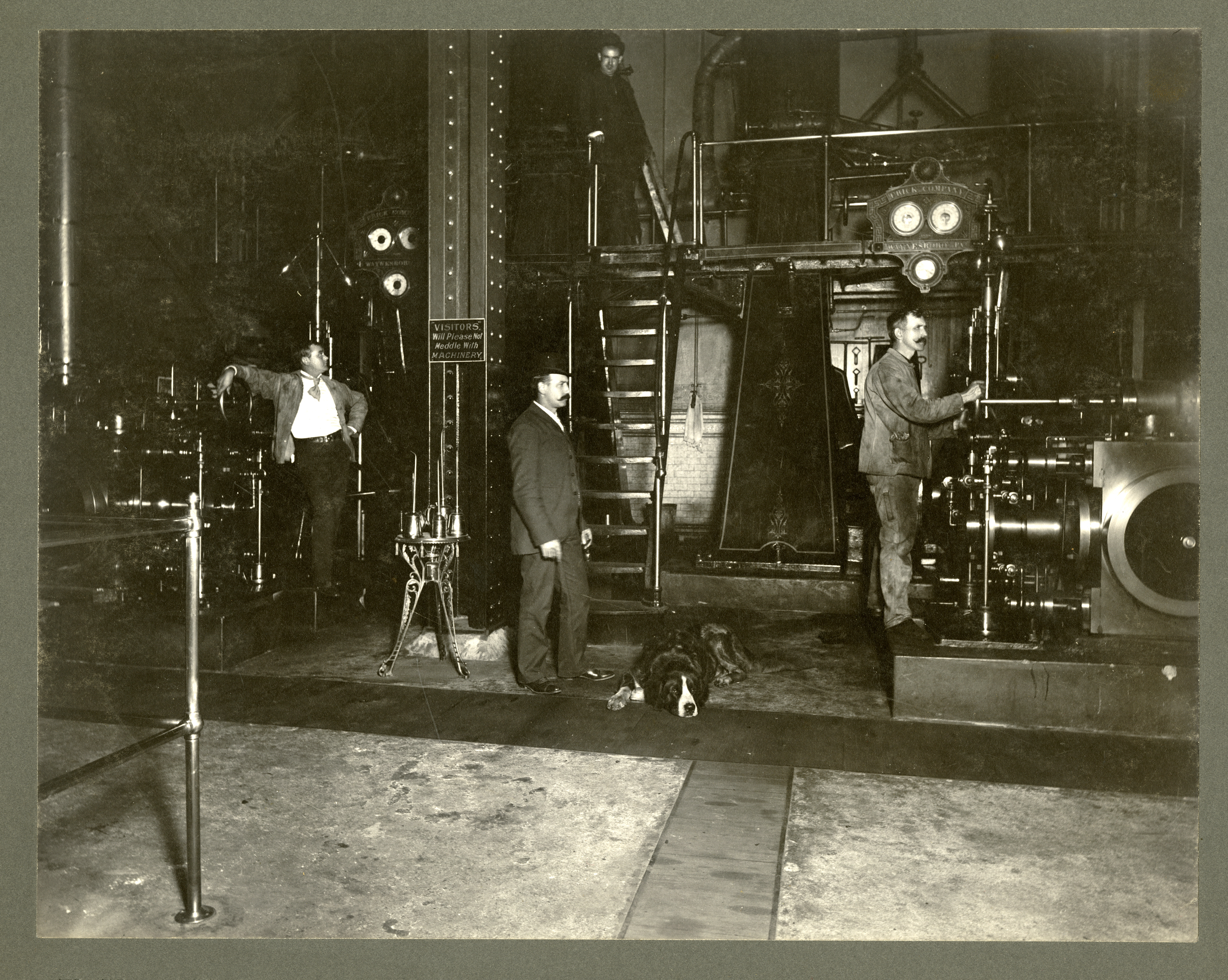 Frick built refrigeration systems for many kinds of businesses, but was especially proud of the one they constructed in 1896 for the Armour meat-packing plant in Missouri. Dubbed “The Largest Ice Machine in the World,” it required 15 cars on specially reinforced track to transport its 350-ton weight by train from Waynesboro to Kansas City. It remained the largest machine Frick ever built and operated in the Armour plant continuously for 40 years. 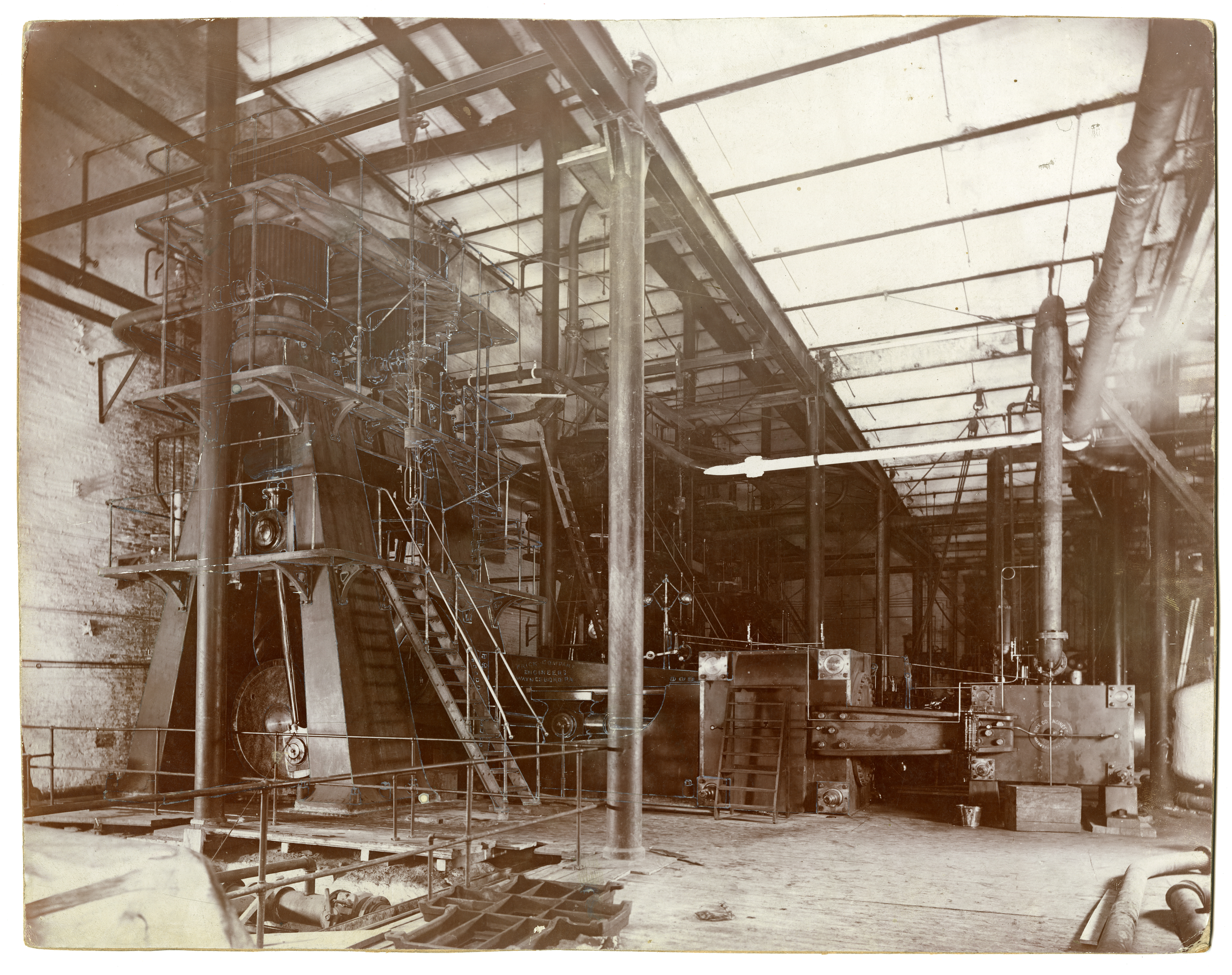 Impressive as they were, those colossal refrigerating machines were only the engine component of a successful ice-making plant. Ice plants were mechanically complex feats of engineering, consisting of a vast floor of submerged, lidded rectangular cans ready for filling—like a subterranean ice cube tray. Once filled, the cans of water would soak in a tank filled with ammonia-cooled brine, taking up to three days to become frozen. They were then hoisted out of the floor with chains attached to a 20-ton movable crane, tipped out using a mechanized can dumper, cut, and packed for shipping. 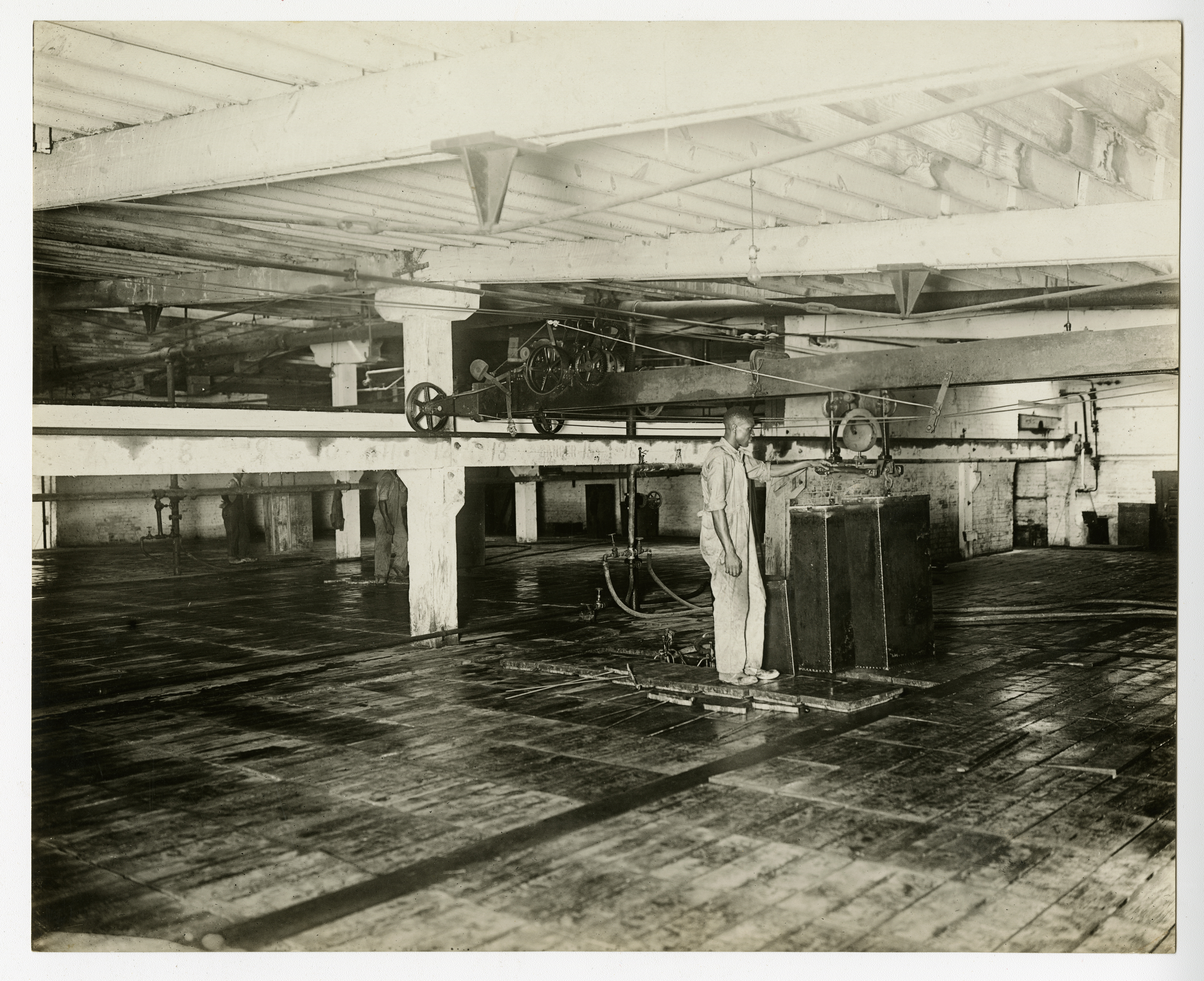 It quickly became a matter of pride how transparent the ice could be, since clear (therefore, dense) ice retained its shape longer. Mechanized agitation was the secret, and Frick was at the forefront of developing the necessary tools for perfect ice. One issue of their promotional booklet Ice and Frost declares “It is with pardonable pride that we point to the fact that Frick Company is a pioneer in the manufacture of ice-making and refrigerating machinery (Series A, No. 8).” Promotional photos featured ice blocks with people posed behind them as if looking through panes of window glass. (“Note: the men are standing behind the ice,” one advertisement insisted.) 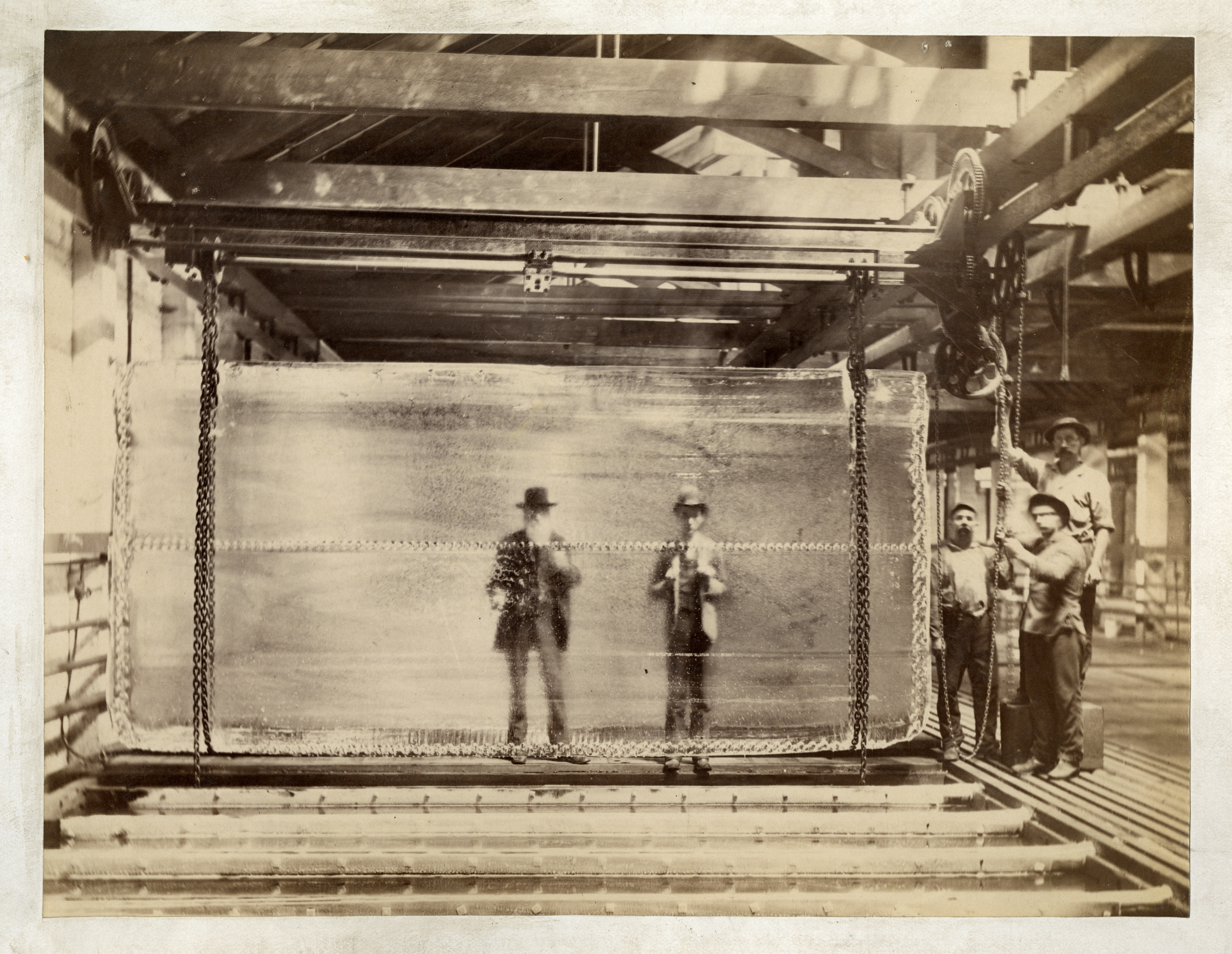 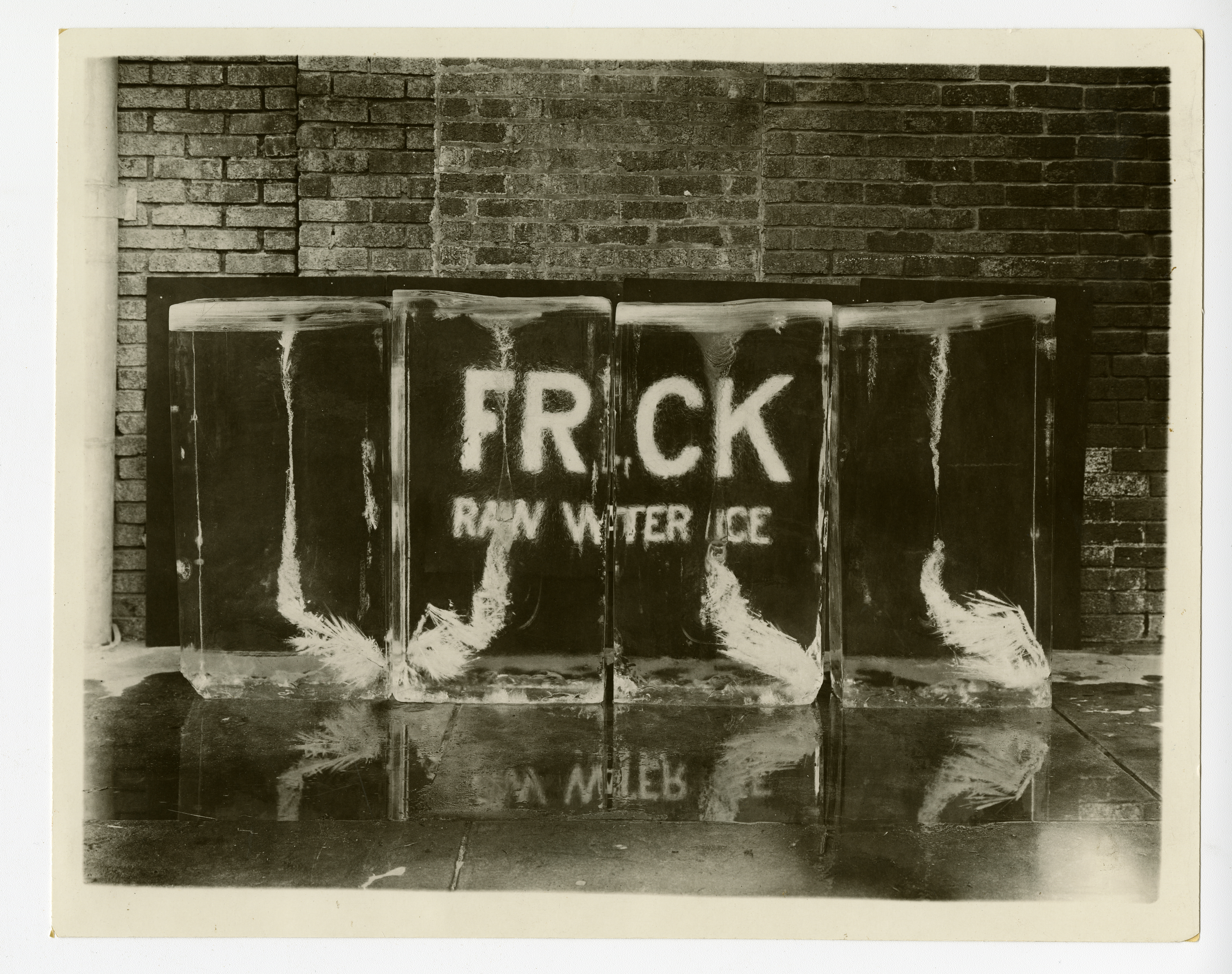 Ice plants, built by Frick and many others, cropped up all over the country, and by the turn of the century almost 800 were in operation. Frick shipped ice plants overseas as well, building in Japan, India, Thailand (then called Siam), Greece and others, enough to warrant a version of their refrigeration trade publication Ice and Frost in multiple languages. 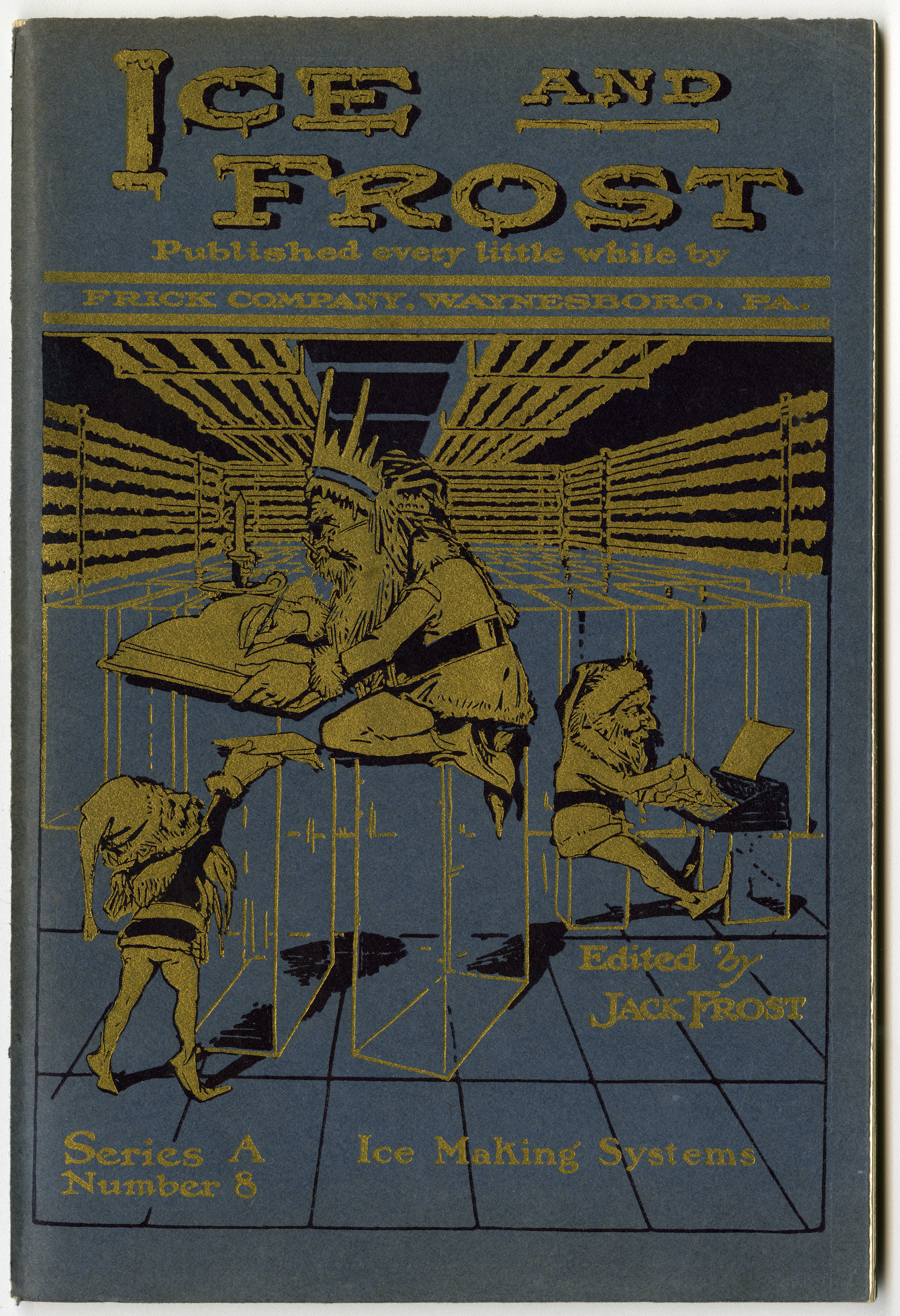 In addition to large-scale industrial and commercial use, block ice was used well into the 1920s and 30s for in-home ice boxes, the precursor to the refrigerator. The local ice-man would load up his wagon (or truck) and deliver a block of ice to each household, often walking straight into homes and placing the ice directly into the customer’s appliance, whether the residents were home or not. 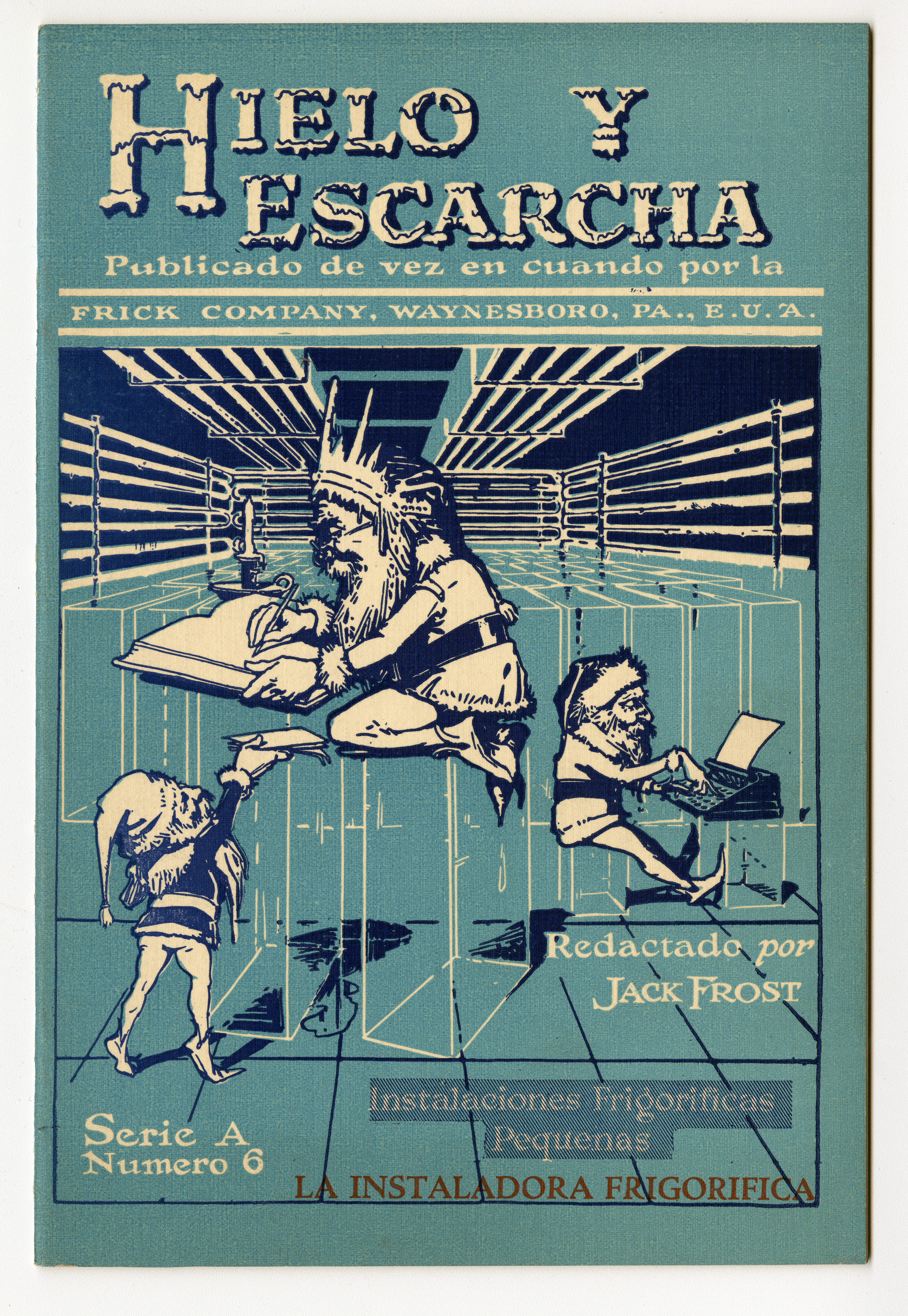 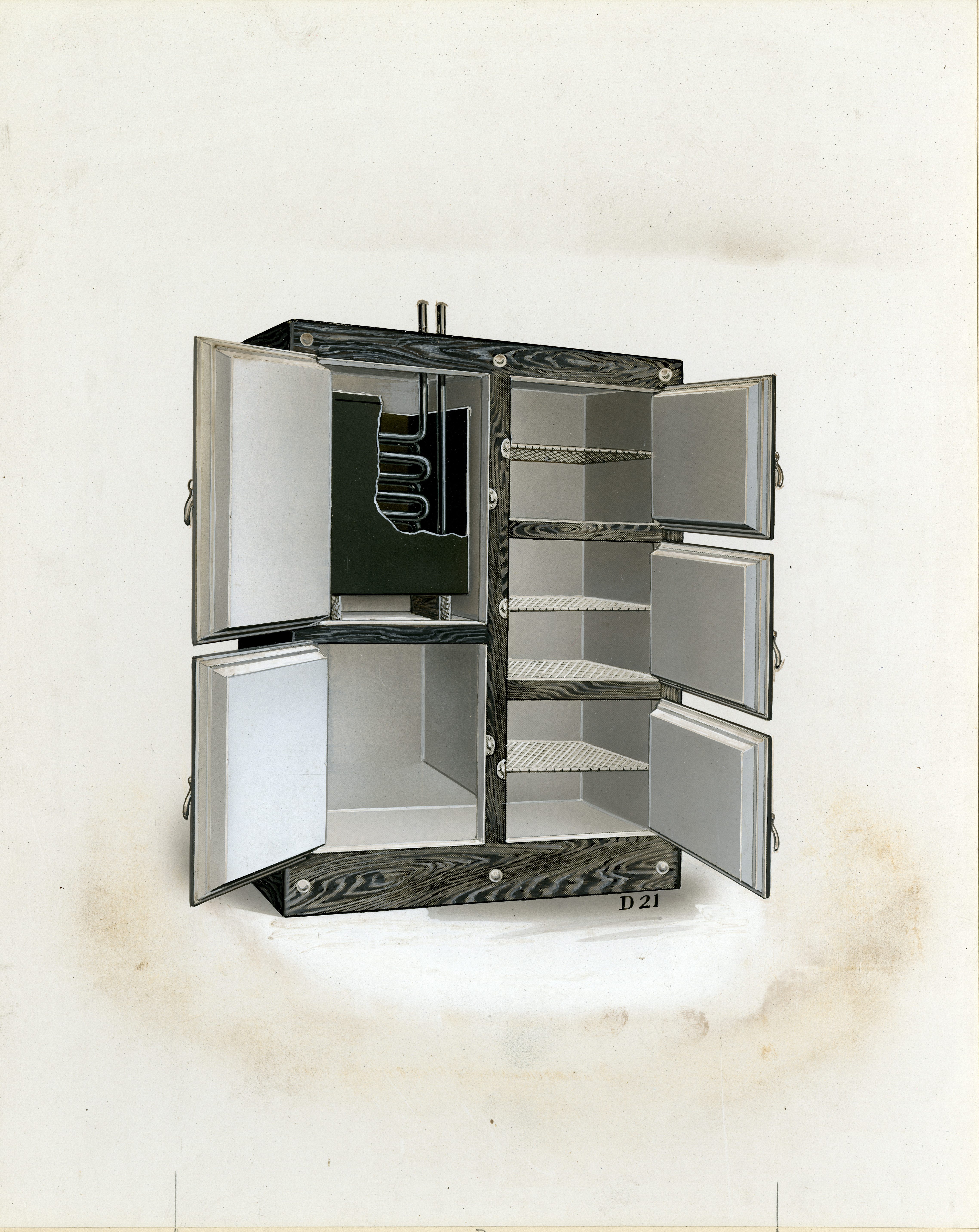 By the 1940s, Frick and others in the industry had moved on to smaller-scale refrigeration technology that would eventually turn into the refrigerator/freezer units we are familiar with today. The hundreds of ice plants and ice houses around the country shut down and almost no trace of the industry remains. Frick declared in a 1926 publication of Ice and Frost, “…past experience has proved that the demand for ice grows larger every year, and … is simply the beginning of a constantly increasing demand.” It seems their vision of the future was not as crystal clear as their ice was.

To learn more about Frick and his contributions to ice-making, visit the Archives Center and explore the Frick Company Collection. 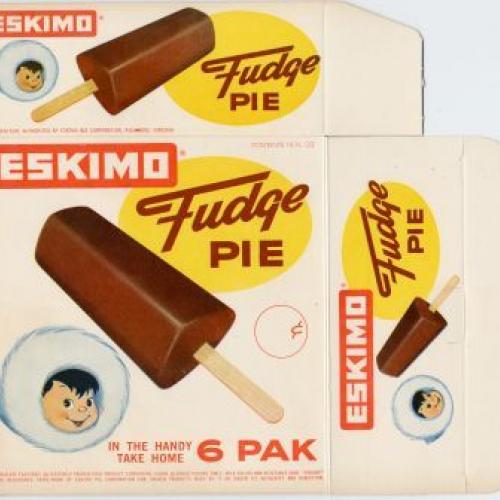 Beat the Heat with a Cool Treat

One of the more fun ways to cool down is by enjoying a cold treat. Here are three frozen treats (and their invention stories) to beat the heat.