Health professionals recommend that you sanitize your hands frequently with soap and water or hand sanitizer to help prevent the spread of coronavirus. Courtesy of NicePNG.com

Lupe Hernandez and the Invention of Hand Sanitizer

Sorting out the facts in an oft-told story.

What uncertain and anxious times we are living in. The worldwide spread of the novel coronavirus has altered lives across the globe. Even simple things that we usually take for granted now seem surreal. When my husband and I ventured out for our weekly trip to the grocery store, I couldn’t shake the disturbing feeling that the empty shelves evoked. Of course, there wasn’t a single roll of toilet paper to be found, and we didn’t even bother to look for bottles of hand sanitizer.

By now, many of us have read stories about the inventor of hand sanitizer, but until I was contacted by a reporter about ten days ago, I hadn’t heard it. The story starts in Bakersfield, California, in 1966, when a young Latina nursing student named Lupe Hernandez came up with a way to deliver a disinfecting alcohol solution in gel form. Since the reporter reached out, I’ve seen this story at least a dozen times in a variety of news outlets and blogs and on social media (#lupehernandez).

The most common source cited is an article published in 2012 in the British newspaper, The Guardian. It reads, in part, “[I]n 1966, a student nurse named Lupe Hernandez first dreamed up the idea of hand sanitiser. The story goes that Hernandez realised alcohol delivered through a gel could clean hands in a situation where there was no access to soap and warm water. Recognising the commercial potential of her idea, she duly called an inventions hotline she had heard about on television and set about registering the patent.”

The reporter wanted to know if the story was true.

It isn’t unusual for the Lemelson Center to field requests like this. There is a great deal of incomplete, misinterpreted, or, frankly, wrong information online and in print about the history of invention and about inventors, past and present. An incorrect story that appears in a trustworthy source is often perpetuated by others, without further research. We try to find the facts and tell the stories as accurately as we can, understanding that we, too, may need to revise how we describe an inventor’s work as new information becomes available. Honestly, doing this sort of “detective work” is a highlight of being a historian.

So I began by searching for a patent issued to Lupe Hernandez (or several variations of the name), but I didn’t find any. I did discover patents for hand sanitizers from roughly the same period, but those covered apparatuses into which one would place one’s hands for sanitizing. For example, Lincoln L. Stevenson received US Patent 2,814,081 for a “Rapid Hand Sanitizer,” which he described as “a device for quickly and efficiently rendering the hands sanitary.”

Stevenson primarily targeted the food service industry. He noted, “It is a matter of everyday observation that people handling foods and similar products in public, as at lunch counters, drug stores, etc., often pick up objects from the floor, touch their hair, and otherwise soil their hands, then immediately pick up and handle food or other supplies. This is both unsanitary and objectionable to the patrons.” He highlighted the impediments to hand washing, stating that “it is usually not convenient or practical to provide the necessary plumbing for such facilities in a convenient location, so that still more time and steps would be wasted in going to and from the washstand, and with impatient customers waiting to be served, the temptation is very great to omit such washing."

Lincoln Stevenson received US Patent 2,814,081 for a “Rapid Hand Sanitizer” in 1957. Users would insert their hands into the apparatus for cleaning. Courtesy of USPTO

His solution was to invent something “which employees can be readily persuaded to use as often as necessary,” and “which requires no attachment to plumbing, and which is entirely enclosed, so there is no danger of either splashing other objects or of being contaminated by other objects.” Stevenson’s hand sanitizer took the form of a glass box with two openings at the front, through which the user would insert his or her hands. Inside the box, hands were subjected to “an electrically operated fine spray device and a hot air blower-drier” for cleaning. The spray would be a “compound including lanolin, pure grain alcohol, perfume, and possibly a slight amount of additional disinfectant added if necessary.” The whole process was intended to take “a very few seconds” to complete.

Similarly, US Patent 3,220,424 was issued to Warren W. Nelson in 1965 for a “Hand Sanitizer.” Nelson noted, “One of the most serious sanitation problems concerns the need for simple, economical and efficient means for insuring that kitchen employees, hospital and medical aids, etc., sufficiently cleanse their hands.” Nelson’s invention comprised a box with an opening for the insertion of a user’s hands in “an open and outstretched condition whereby to expose substantially all of the skin area of the hands to the sanitizing fluid contained within the receptacle.” The “complete submersion of the person's hands in the sanitizing fluid,” regulated by “an electric and adjustable timer,” provided the necessary sanitizing. 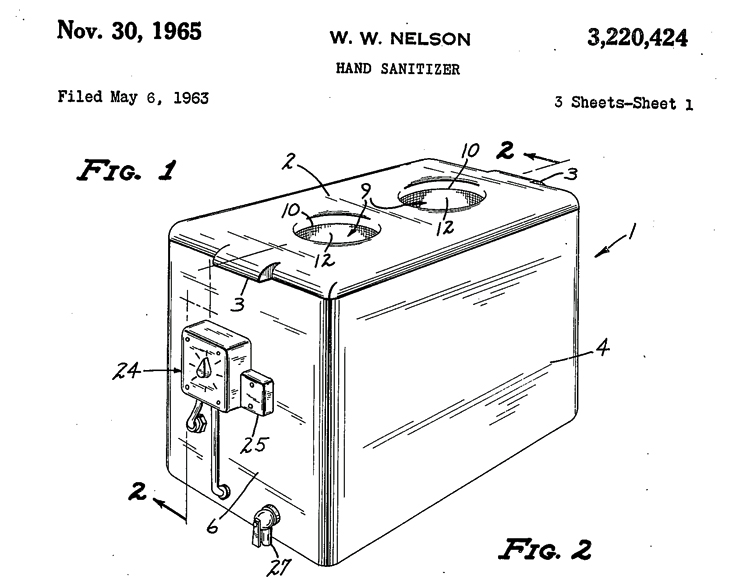 Although these inventions are indeed hand sanitizers, they weren't the targets of my search, and so far, I hadn’t identified any patents issued to Lupe Hernandez or for the gel-type hand sanitizer. Certainly, the idea and chemistry behind a hand sanitizer has been around for a while; here’s a small sampling of patents for different germicides and the like:

I did find later patents for the gel-type hand sanitizer, including US Patent 4,956,170, issued to Andrew S. Lee in 1990 for “Skin Moisturizing/Conditioning Antimicrobial Alcoholic Gels.” But nothing from the mid-1960s. It seemed as if the patent part of the story might be mistaken.

And perhaps, so was the identification of Hernandez as a woman. Other articles referred to Lupe Hernandez as a man. Could I at least confirm that part of the story? I searched city directories and other databases, but without more information, I didn’t find anything conclusive; Lupe Hernandez is too common a name. I thought that I might have found a clue when I read an obituary for Lupe G. Hernandez, a woman who was born in 1949 (her age could possibly fit the story) and passed away in Torrance, California, in 2007. Someone had left a note in the online guestbook: “Thank you for hand sanitizer. It helps a lot of people be germ free!” The entry, however, was made in 2019, a dozen years later. That seemed a bit suspect to me.

I continued searching and found a note on Answers.com, purportedly written by Hernandez and posted in 2012, in answer to the question, “Is Lupe H Hernandez inventor of hand sanitizer still alive?” (The following is a direct quote from the Answers.com page.)

Yes, and it is a male, I gave my idea to a CEO of idea company and am still waiting to get credit. I can prove that it was my idea of how I explained it and how its made.

I was in college and thought of a way to help speed up work in hospitals and to kill germs and help with good hygien. The story of a women is wrong to corp. gain, but its ok cause I no where am at in that whole devolopment.

Had I finally found the truth? Was Lupe Hernandez a man, still living in Bakersfield eight years ago, who had never patented or, presumably, profited from his invention? I still have doubts. The Answers.com “general disclaimer” opens by stating there is “no guarantee of validity” of the information on the site, so I can’t say with any degree of certainty that the above is correct, or even written by Hernandez.

I’m sorry that I couldn’t give the reporter (or myself) a definitive answer (yet). I’ll keep searching. If anyone reading this has further information on Lupe Hernandez and the invention of hand sanitizer, please do let us know, either by using the Facebook commenting feature on this page or emailing lemcen@si.edu.

In the meantime, stay safe, stay home, stay healthy, wash your hands frequently . . . or use hand sanitizer, if you can find it.

Bethany Rice, the curator at the Kern County Museum in Bakersfield, read our blog and let us know about her research on Lupe Hernandez. Here's her email, reprinted with her permission, and with our thanks:

I am the curator with the Kern County Museum, which is located in Bakersfield, CA. I have also been contacted several times regarding the story of Lupe Hernandez and the invention of hand sanitizer, however I have also not found any corroborating evidence that he/she existed.

I have reached out to Bakersfield College, where she (he?) could possibly have been a nursing student, but have not come across any evidence of this person in the yearbooks thus far. Nor have myself or a volunteer of mine been able to find any newspaper evidence.

I just wanted to reach out and let you know how much I appreciated your article on the topic, as well. The Guardian article, and subsequent mentions in various forms, has been shared all throughout our community and I finally posted a video on the topic, explaining the difference between primary and secondary sources. If you're interested at all, I've copied a link below

If you get any further information on this topic, would you please pass it on to our museum, as well? I will continue to dig on my own, of course . . . I have reached out to The Guardian, as well, and requested more information on where the sources came from. The writer, Laura Barton, still writes for The Guardian, so I hope to hear from them at some point.

Thank you again for helping to stem the tide of potential misinformation out there! I look forward to reading your future pieces.

The author thanks Donald Tarazano of the United States Patent and Trademark Office for his comments on the draft of this blog. 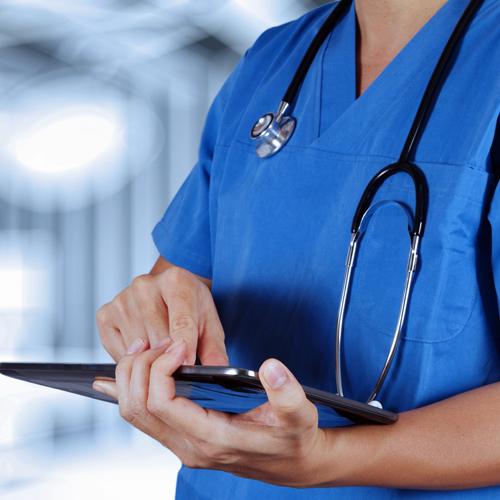 DIY Innovation in the Hospital

Scientists, clinicians, and patients have always been do-it-yourself innovators. 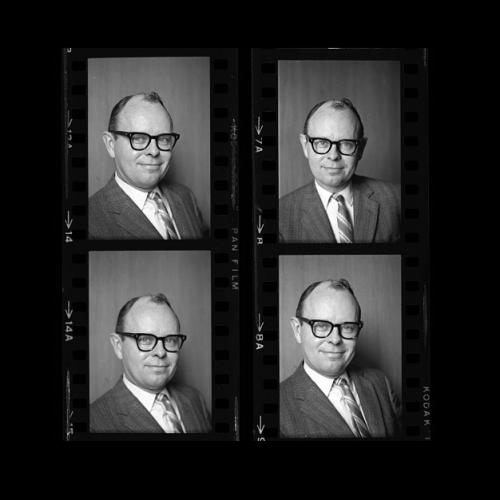 "Whenever you prove who was first, the harder you look you will find someone else who was more first. And if you persist in your efforts you find that the person whom you thought was first was third." 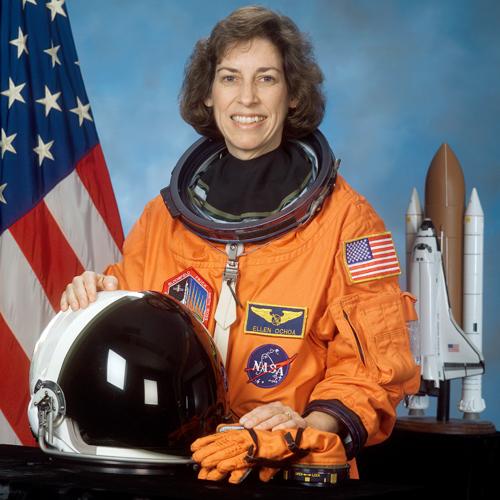 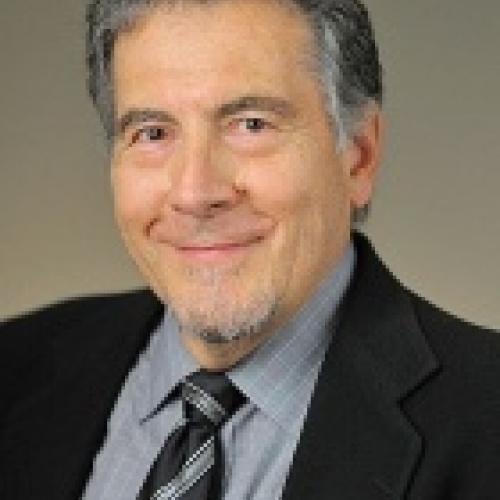