MIT in World War II: A Hot Spot of Invention

The region surrounding Cambridge, Massachusetts, is known today as a vibrant place of invention, but an earlier hot spot started to form there in 1930, when Karl Taylor Compton became president of the Massachusetts Institute of Technology (MIT). He transformed the curriculum, raising the profile of science and promoting research partnerships with government.

Compton found a kindred spirit in Vannevar Bush, an electrical engineering professor and mentor to his students, and he named Bush the first dean of the new School of Engineering in 1932. Though Bush left MIT in 1939, he and Compton continued to work together, most notably when Bush became chairman of the newly established National Defense Research Committee (NDRC) in 1940, and later, the Office of Scientific Research and Development (OSRD).

As World War II approached, the links between MIT, the federal government, and the military grew stronger. The campus bustled with a growing network of inventive people and new and expanding research laboratories. Three of these--Charles Stark Draper's instruments lab, the Radiation Laboratory, and Harold Edgerton's strobe lab--contributed directly to the war effort and illustrate how the work of Compton and Bush turned MIT into a hot spot of invention.

Charles Stark Draper's love of flying sparked a lifelong interest in navigation and control. Arriving at MIT as an undergraduate in 1922, he later started a small lab to design aircraft and automotive instrumentation.

"Here I am in an airplane in the fog," he commented, "and I can't see a thing. I don't know where the hell I am or where I'm going. I don't know whether I'm right side up or wrong side up. I ask myself, 'If you can wear a wristwatch to tell you what time it is, why can't you have something that will tell you where you are with respect to space?'" (1)

Understanding where things are as they travel was essential to the work he was doing in 1940 to increase the accuracy of artillery. The gyroscope, with its ability to resist changes in direction, became a central component in a new type of gunsight that could calculate where the target would be when the shell reached it. Draper's prototype, nicknamed the "shoebox," eventually became the Mark 14 gunsight used on U.S. Navy ships during the war.

Bush and the Radiation Laboratory

World War II had spread across Europe by 1940 and Great Britain was under German air and sea attack. But a recent British invention, the cavity magnetron, offered the promise of better defense because it made more accurate microwave radar possible. A secret mission of British scientists brought the magnetron to Washington, D.C., to ask the Americans to help advance the new technology.

In response, Bush's NDRC, now one arm of the OSRD, created the Radiation Laboratory to develop radar, and Bush was instrumental in locating the "Rad Lab" at MIT. As historian Michael Dennis points out, "Bush's prewar connections became an integral aspect of the wartime organization of research--as well as one reason why MIT was the largest single recipient of OSRD contracts." (2) Air and surface radars developed by the Rad Lab were pivotal to improved navigation and defense against bombers, V-1 rockets, and submarines.

Harold Edgerton entered MIT in 1926 as a graduate student in Vannevar Bush's electrical engineering department. To study the actions of large electrical motors, Edgerton developed the electronic stroboscope to visually "stop" the motion of operating machinery with short, intense flashes of light. By 1932, Edgerton had turned his experimental apparatus into a commercial product.

In 1939, Major George W. Goddard of the Army Air Forces asked Edgerton if a strobe lamp could be built that would be powerful enough to take photographs at night from a height of a mile. Edgerton gave Goddard a tentative "yes." "[T]he required kind of flash lamp could probably be built," Edgerton speculated. "But there was also a good probability that the lamp would explode ..." (3)

Edgerton and his team overcame the obstacles, however. The system went into service, flying missions from England, and played a role in the D-day invasion. The reconnaissance photographs taken early on June 6, 1944 (see banner image above), revealed no massing of troops on the ground. "So those pictures were useful," Edgerton recalled, "they were used all during the war." (4)

What happened to the hot spot after the war?

Draper's lab flourished after the war as the MIT Instrumentation Lab. In response to protests against defense research on campus, however, the lab separated from MIT in 1973 and is now the independent, not-for-profit Charles Stark Draper Laboratory.

The Radiation Laboratory closed at the end of World War II, but its direct descendant, the MIT Research Laboratory of Electronics, was founded on July 1, 1946, as MIT's first interdisciplinary lab.

Edgerton's lab became a treasured MIT institution where Harold Edgerton continued to teach and work until his death in 1990. Fittingly, the strobe lab is now the home of the Edgerton Center, a hands-on educational space.
Today, a new hot spot of invention is thriving in Cambridge. A network of bioscience companies and academic institutes has grown up around Draper Lab, continuing the partnerships among industries, universities, and government fostered by Compton and Bush decades ago.

(1) Quoted in Francis E. Wylie, MIT in Perspective: A Pictorial History of the Massachusetts Institute of Technology (Little, Brown, 1975), 169. 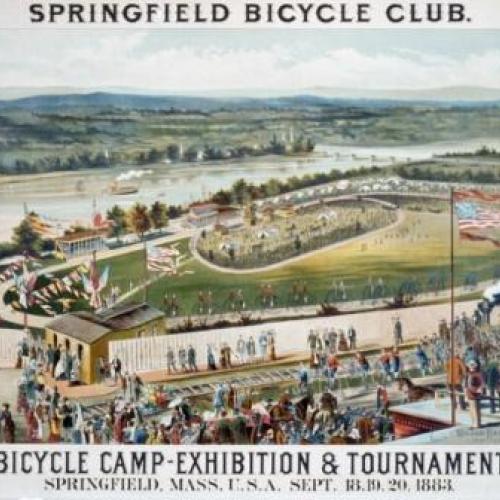