“All sorts of things can happen when you’re open to new ideas and playing around with things.”

One of the few women chemists at DuPont in the 1960s, Stephanie Kwolek’s work led to the development of Kevlar®, a fiber best known for its use in bullet-resistant vests.

Kwolek’s research at the DuPont Textile Lab included experimenting with long molecules called polymers in order to develop lightweight, heat-resistant fibers. One day in 1965, while trying to dissolve one of the polymers, something strange happened.

“Ordinarily a polymer solution sort of reminds you of molasses, although it may not be as thick. And it’s generally transparent. This polymer solution poured almost like water, and it was cloudy. I thought, ‘There’s something different about this. This may be very useful.”

Convinced that this unusual solution could be spun into fibers, Kwolek spent several days urging her colleagues to spin it and test its physical properties. They were all amazed when the test results revealed how strong, stiff, and yet lightweight the fiber was.

“The most important factors in inventing are persistence and the ability to recognize something unusual.”

From the time Kwolek first stirred that solution in a test tube, it took six years to produce Kevlar® commercially. “It turned out to be a great team effort in the end.”

What is a Polymer? 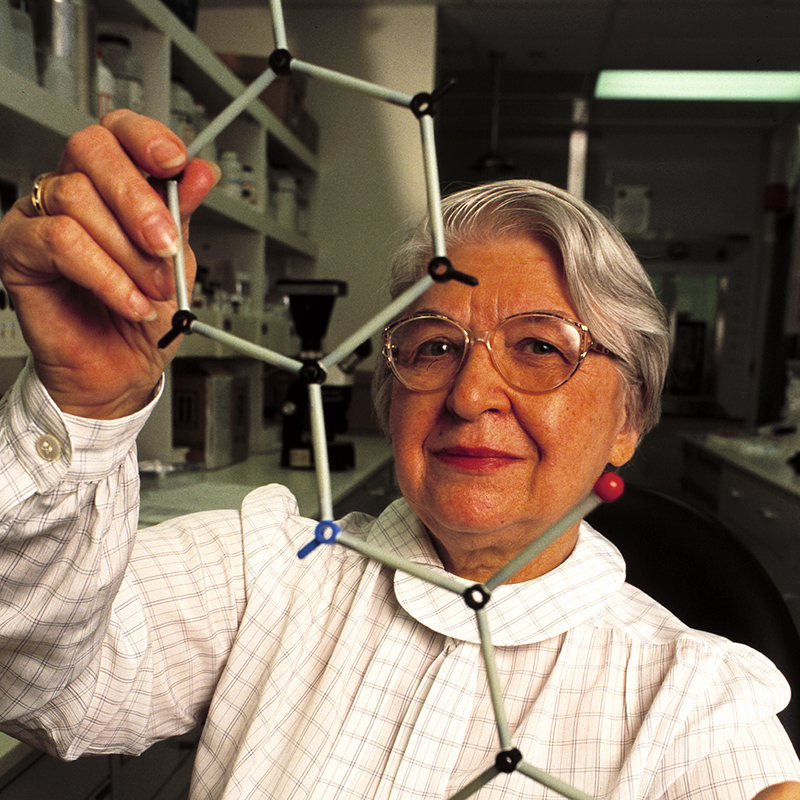 A polymer is a giant molecule made up of a chain of many thousands of chemically bonded smaller molecules.

A polymeric fiber, like Kevlar®, is a polymer whose chains are stretched out straight and stacked next to each other like spaghetti in a box.

How Strong is Kevlar®? 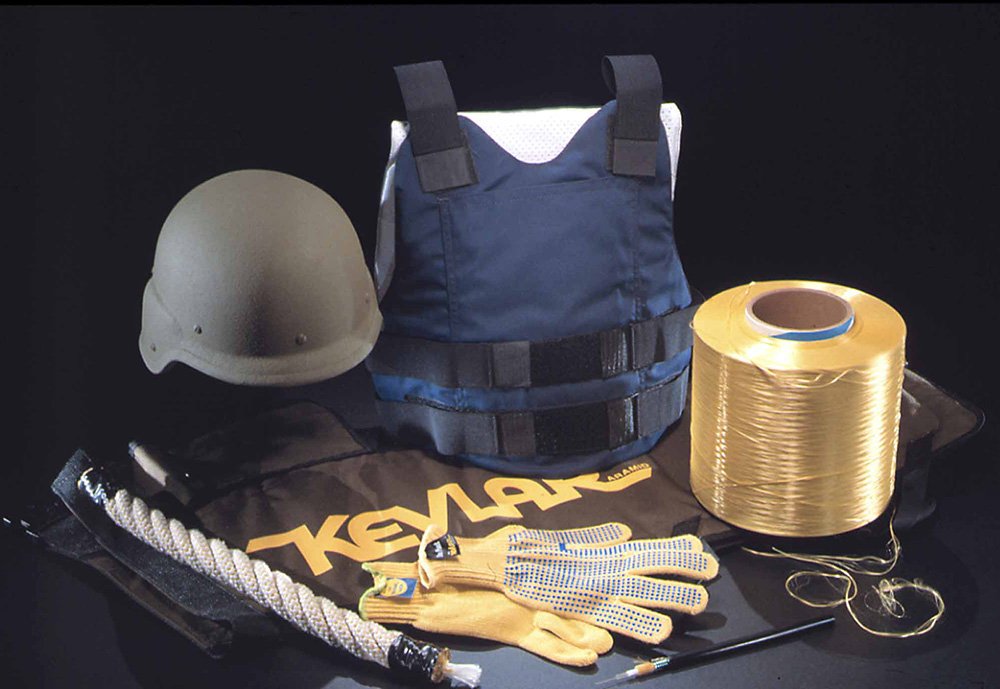 Kevlar is found in many products, including this helmet, bullet resistant vest, rope and pair of gloves. Photo by Eric Long, courtesy of the Smithsonian Institution.

The polymer that Stephanie Kwolek created—Kevlar®—was very light but stiff and strong beyond anyone’s imagination. Pound for pound, Kevlar is five times stronger than steel. And it’s chemical and flame resistant. Today Kevlar® is used in boat hulls, bullet-resistant vests, cut-resistant gloves, fiber-optic cables, firefighters’ and lumberjacks’ suits, helmets, tires, sporting equipmen—anywhere that resistance to heat or cuts is a must.

Kwolek’s ability to recognize possibilities where others did not is a quality that she shares with many inventors. This ability to see non-obvious connections and relationships often leads inventors to the key insight that is the basis for their invention. Sometimes it seems as if the inventor had a flash of inspiration or a “Eureka!” moment. But often these instances are examples of a lifetime habit, begun in childhood, of curiosity, exploration, and refusal to give up at the first sign of failure.

Kwolek in Her Youth

“I was always very good in math. Maybe that helped me later in science. My father was also very scientifically inclined. I guess I was genetically predisposed for the field I ended up in.

“When I was six years old, I wanted to be a fashion designer. I was fascinated with clothes. Designing clothes takes a lot of creativity, and I really liked to sew.

“I thought I would be a teacher. I spent a lot of time holding classes and teaching kids in my neighborhood. I also remember writing poetry and drawing. My father and I would go exploring in the woods, collecting flowers and leaves. I would press them in a notebook. We studied snakes and other things, too, as we walked through the woods.

“Later I got interested in science. I was either going to be a chemist or a medical doctor. When I got out of college, however, I didn’t have enough money to go to medical school.

“So I went to work as a chemist. The problem was that I was so interested in chemistry and research that I totally forgot about medicine.” 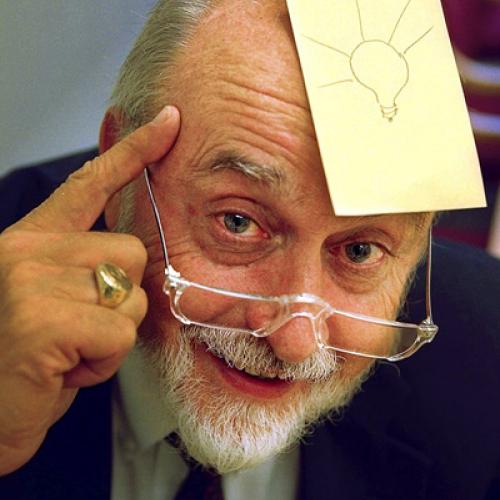