Innoskate festivals in 2014 featured a bi-coastal celebration of innovation in skate culture with integrated events at the Polk Museum of Art in Lakeland, FL (June 20-21, 2014) and at the Museum of History and Industry (MOHAI) in Seattle (August 16, 2014). Though joined in spirit and content, the programs at each venue reflected the specific interests of each museum and its community.

The Innoskate festival held at the Polk Museum of Art demonstrated the power of the connection between innovation and skateboarding to capture the public’s imagination. The entire staff of the Polk Museum—especially its Director Claire Orologas—and the City of Lakeland were imaginative and generous collaborators who created a fantastic event. With their insight and support, the discussion panels and activities in Lakeland helped us appreciate the importance of artistic creativity in skate culture and revealed how the innovations of Florida skaters have impacted skate’s history. In doing so, the Polk Museum demonstrated its commitment to Lakeland and the region to serve as a welcoming, innovative, and dynamic gathering place where ideas about the human experience can be explored through works of art.

Skate culture is a strong and integral part of Lakeland’s community and the Innoskate weekend got off to a great start as the city issued a proclamation declaring Lakeland a skate-friendly city. The event began with a Friday evening Welcome and Kick-off Party at the Polk Museum of Art, which had transformed its parking lot into a skatepark complete with skatable artworks and live music. On Saturday, Innoskate began the day at the new, city-built Lakeland Skatepark. A public skate session and opening remarks were followed by panel sessions discussing technological innovations in skateboards with Florida native Paul Schmitt, and the contributions to the history of skateboarding made by Florida’s innovative skaters Elissa Steamer, Mike Frazier, Nick Halkias, and Tim Payne. The morning’s festivities concluded with a best trick contest.

Perhaps the highlight of the day was the open skate for all Innoskate participants and attendees from the Lakeland Skatepark back to the Polk Museum of Art—including a police escort who closed the roads for the skaters.

Back at the Polk Museum of Art, the afternoon panel session featured Florida native Rodney Mullen and local artist and skater Chad Cardoza who shared their insights into the relationship between art, creativity, and innovation. Inside the Polk Museum. Guests were treated to the All Decked Out exhibition of skate art and hands-on art activities. Public skating continued throughout the day, complimented by food trucks and live music. It was a truly epic event.

Panel Discussion: Innovation and Progression of the Board

Florida native and skateboard innovator and manufacturer “Professor” Paul Schmitt reprised his panel exploring how skaters spark innovations in skateboard design through their drive and determination to invent new tricks, navigate a variety of terrain and environments, and continually push the boundaries of skateboarding. This panel highlighted the critical role of the skater as the primary innovator responsible for instigating advances in deck design and the use of new materials in the skateboard, wheels, and trucks in order to realize a creative vision. In Lakeland, Paul was joined by Ryan Clements of TheBoardr and Betsy Gordon of the National Museum of the American Indian. Florida skaters Jeremy Knibbs, Sam Bellipanni, and Aaron Austin demonstrated the critical importance of new design innovations in skateboards as they attempted modern tricks on skatebaords from earlier eras.

The skaters and innovators of Florida contributed mightily to the foundation of modern skate culture. Florida skaters continually influence not only how and where people ride skateboards, but how—and from what—skateboards are made. Florida’s climate provides skaters with unlimited opportunities to skate all year, so it's not surprising that the first concrete skatepark was built in Florida (a wide network of skateparks now exists throughout the state). The first skate contest at a skatepark was held in Florida and Tampa’s Bro Bowl was the first skatepark listed on the National Register of Historic Places.

Panel Discussion: The Art of Skateboarding

The concluding panel in the afternoon featured skateboarder extraordinaire Rodney Mullen, widely regarded as the “Godfather” of modern street skating; Chad Cardoza, a local artist and skateboarder; and Josh Friedberg, an accomplished photographer and filmmaker who focuses on skate culture. In this conversation guided by the Lemelson Center's Jeffrey Brodie and Adam Justice, Curator at the Polk Museum of Art, the panelists explored and exchanged ideas about creativity, innovation, and the role of community in their respective worlds.  In what ways are the creative and inventive processes in art and skating similar? In what ways are they different? And in what ways do they intersect and influence one another? Rodney, Chad, and Josh offered personal insights into how one’s individual experiences intersect with the surrounding environment, people, ideas, and culture to influence artists and what they create. 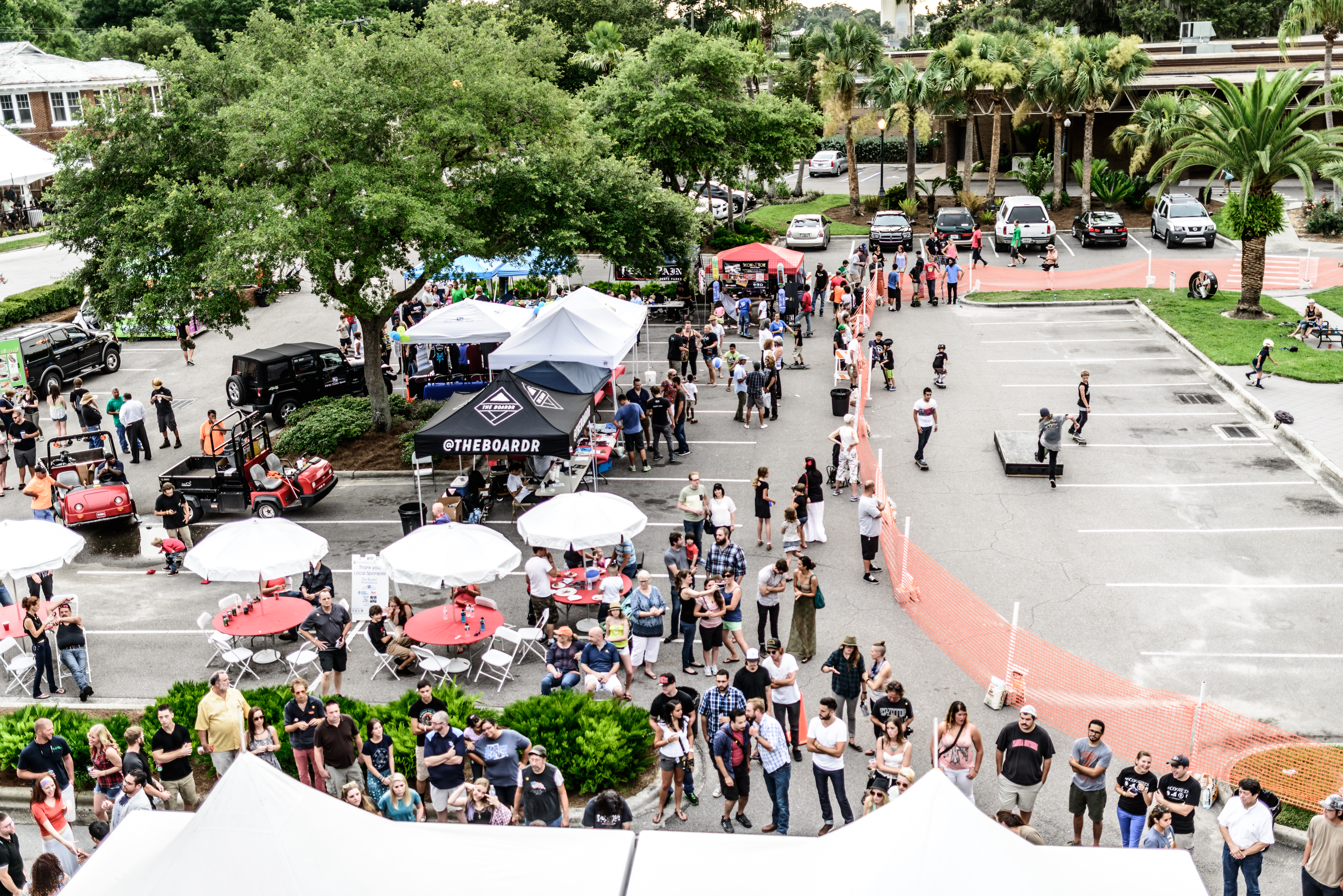 Innoskate 2014 created a special “Northwest / Southeast” connection that explored skateboard culture in new and unexpected ways, brought new audiences and communities together for intergenerational learning opportunities, strengthened collaborations among the Smithsonian Institution, the Lemelson Center, and Smithsonian Affiliate institutions, and broadened the public’s appreciation of the role and purpose of museums in local communities.