“Innoskate at the Upstate,” held on August 8, 2015 at The Children’s Museum of the Upstate in Greenville, SC, marked the fifth major Innoskate program. Once again, the Innoskate team was embraced by the local community. Museum President and CEO Nancy Halverson and the entire staff of The Children’s Museum put forth an amazing effort and transformed their museum into a welcoming skater’s paradise. With generous support from Michelin North America and many other community partners, Innoskate explored the connections between the skate community, Greenville, and the international community through the lens of invention and innovation. Greenville and The Children’s Museum of the Upstate provided a welcoming, innovative, and dynamic gathering place in which ideas about the human experience were explored by people of all ages.

"Innoskate at the Upstate" began with a skate clinic that taught the basics of skateboarding to those new to the activity. The day’s first panel gave visitors an overview of the history of invention and innovation in skateboards with demonstrations provided by pro skater David Loy. The second discussion panel of the day explored why certain regions in the United States explode as “places of invention,” with a focus on what drives innovation and entrepreneurship in Greenville.

Inside the museum, young inventors were challenged to invent new types of skate wheels and the skatepark of the future and visitors enjoyed exhibitions featuring the history of Greenville’sPoe Mill, which has been become the epicenter of the Greenville skate community. Back outside, skate artist Mouse painted a special mural commemorating the day’s events.

After an open public skate session, a final panel explored skateboard innovation from an international perspective and featured the work of innovators who are using skateboarding to effect social change in Afghanistan and Cuba. The festivities continued with a best trick contest held on the museum’s front stairs—epic! After the official Innoskate activities concluded, the Department of Recreation sponsored a special after-event skate party at the historic Poe Mill site.

Panel Discussion and Skate Demo: Innovation and Progression of the Board

Skateboard innovator and manufacturer “Professor” Paul Schmitt reprised his panel that explores how skaters spark innovations in skateboard design though their drive and determination to invent new tricks, navigate a variety of terrain and environments, and to continually push the boundaries of skateboarding. This panel highlighted the critical role of the skater as the primary innovator responsible for instigating advances in deck design and the use of new materials in the skateboard, wheels, and trucks in order to realize a creative vision. In Greenville, Paul was joined by pro skater David Loy and Betsy Gordon of the National Museum of the American Indian. Performing new tricks on old skateboards lacking modern innovations is exceptionally difficult, and in his attempt to perform one of these maneuvers, David had an epic wipeout. As moderator Ryan Clements said later, “I thought we broke David!” Fortunately, David was bruised, but not seriously injured, and continued with the program. 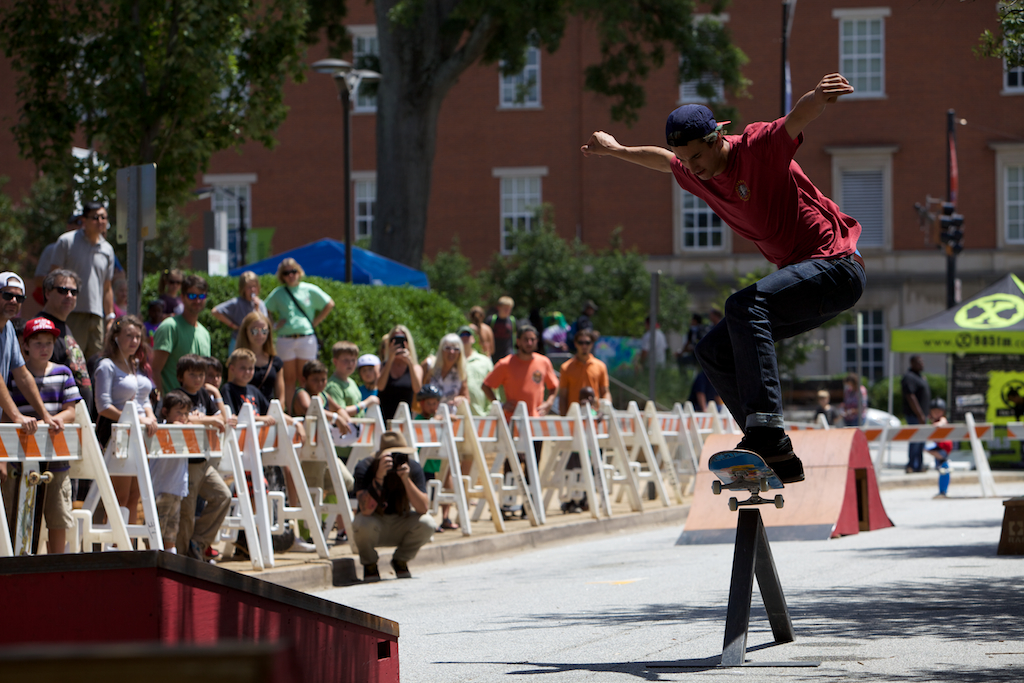 Panel Discussion: Greenville as a Place of Invention—How and Why Greenville is Emerging as a Hotspot of innovation

For many years, the Lemelson Center has studied the role of place in the invention process. What kind of place stimulates creative minds and sparks invention and innovation? What factors lead to the rise of innovative regions like Silicon Valley? Is it possible to intentionally create or replicate a place of invention? In a conversation facilitated by the Lemelson Center's Jeffrey Brodie, Jay Long from Michelin North America, Ben Riddle from Furman University, and Zack Eikenberry from NEXT High School shared their insights into the factors that promote innovation and discussed the growing reputation of Greenville and the Upstate region as a “place of invention.”

Panel Discussion: Skateboarding as an International Incubator of Invention

The day’s final panel, moderated by Betsy Gordon of the National Museum of the American Indian and Ryan Clements of TheBoardr, featured an exploration of how innovators are using skateboarding as a dynamic tool to promote social change around the world. In this powerful session, Miles Jackson, Director of the Cuba Skate program, and Benafsha Tasmin, who was born in Kabul, Afghanistan and served as an Education Coordinator for Skateistan, the non-profit organization which uses skateboarding and  skate culture as tools for empowerment, discussed their efforts to improve the lives of others. 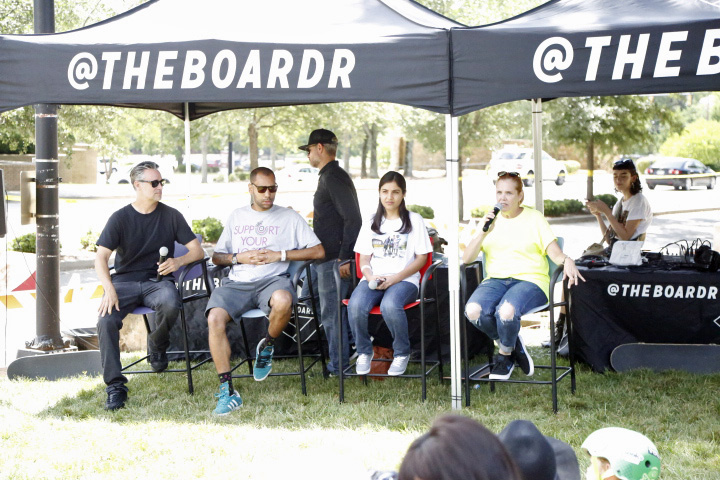