Helmets: Many of the tricks and stunts that skaters practice and execute are dangerous to perform without protective gear. Helmets also became much more than protective gear with designs that reveal the skaters personality or make public statements.

Skateboards: Skateboards come in many different shapes and sizes. The collection of skateboards donated to the museum shows the evolution of the skateboard from a simple board with wheels to a thoughtfully-crafted piece of equipment that is often also a work of art. 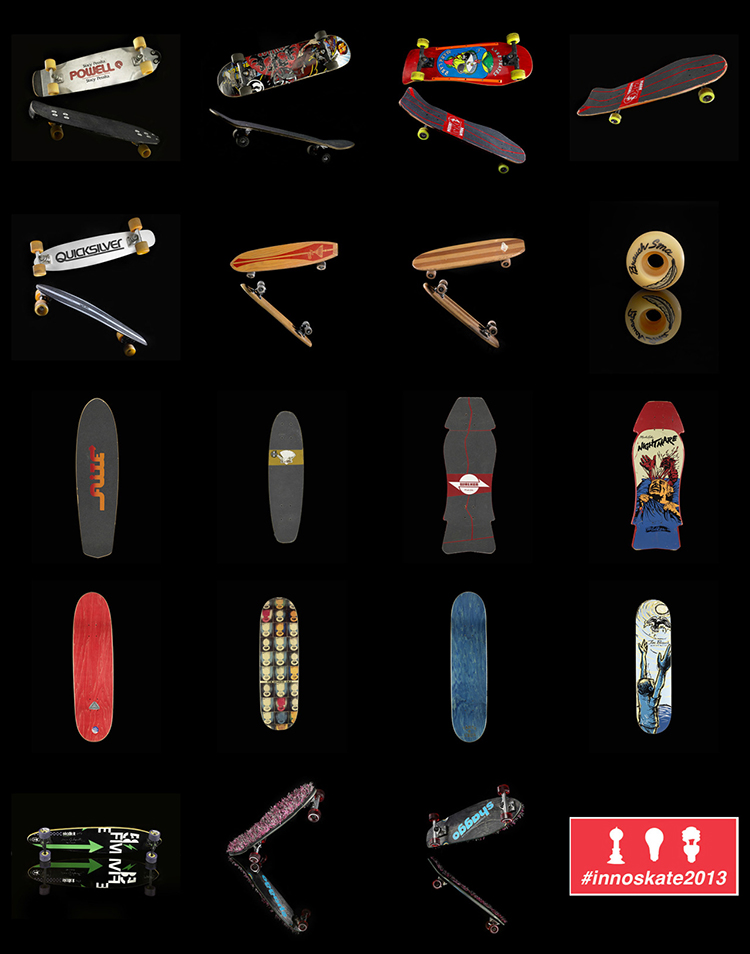 Rails and boards: Many skate tricks are performed on rails or boards. These objects can vary in size, shape and material.

Medals: As skateboarding became a more organized sport, tournaments emerged and skaters could show the public their skills and talents.

Bibs: At skate tournaments, contestants wore bibs—numbers that distinguished them as they competed for the championship.

Apparel: Although clothing tailored to skateboard culture is now available commercially around the nation, many skaters made political, artistic, or personal statements with their apparel.

Archival Material: As skateboarding became a more organized sport, several publications emerged to document the latest news and trends. In addition, nationally recognized publications featured the skateboarders and the sport.

Miscellaneous: There are many different types of objects that make up a holistic skateboarding collection. Not all of these objects fall within the typical categories people associate with skateboarding, but they are very important to the sport and culture.