“How to get rid of the sewage and sickening and nauseous filth which is pouring its deadly stream of corruption, loaded down with disease germs, into our drinking water, is the grave subject which is absorbing the attention of the health boards and commissions of the world.”

These words, from the Loomis-Manning Filter Co., reflected how population growth and industrialization, especially in and around cities, became increasingly connected to concerns about water quality.  The Loomis equipment cleaned water for entire buildings by passing it through a series of filters and screens. The Ralston and Sanitary “stills” were stovetop devices for the home that distilled water by boiling to eliminate contaminants. 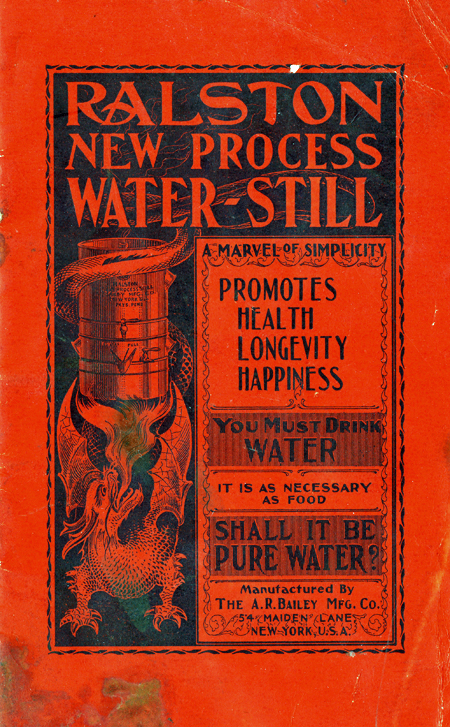 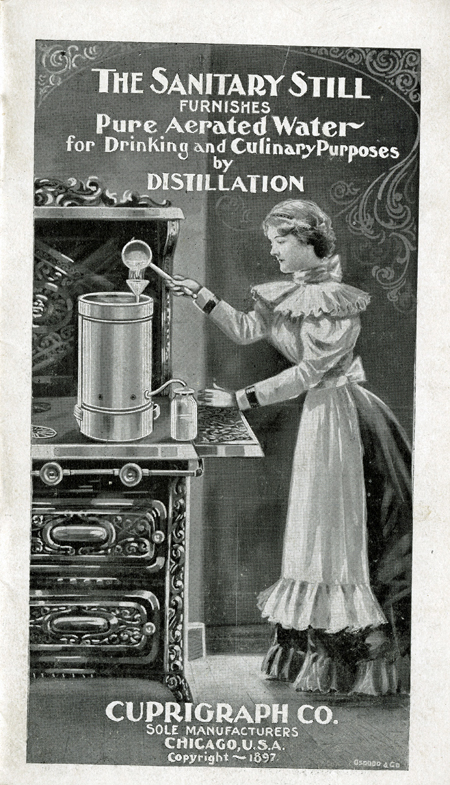 At different points in his life, Wadsworth Mount (1907–1985) worked on Wall Street, ran the family woodworking business, had a job with a printer, and designed an antiaircraft weapon during World War II. He then settled into a career as an independent inventor—and his inventions were as varied as his resume, ranging from children’s toys to hardware for sailboats. He patented the solar-powered water distiller illustrated here in the 1960s. He built his prototype at home with commercially available ice chests. Heat from sunlight shining through a piece of glass covering the cooler evaporated the water inside. The purified water vapor would then be collected as it condensed on the glass cover. 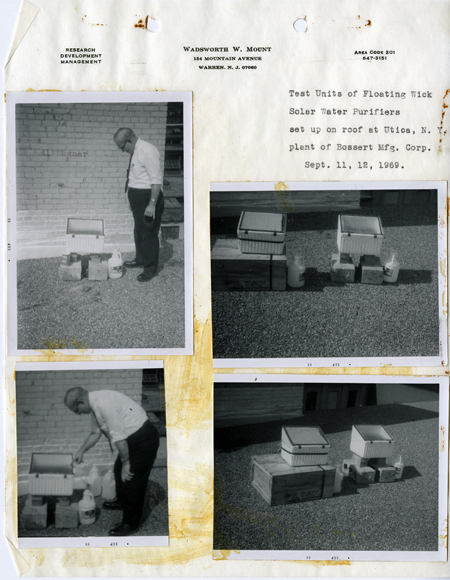 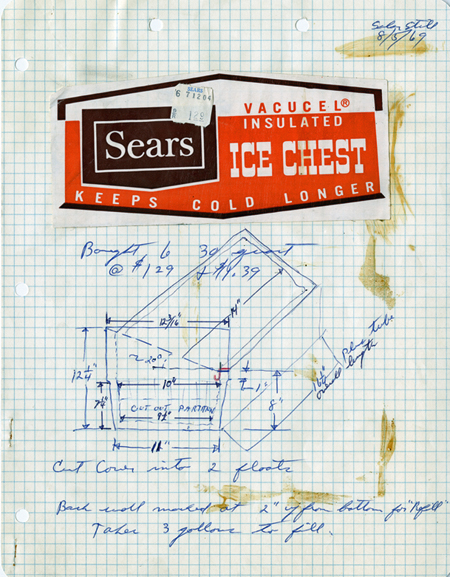 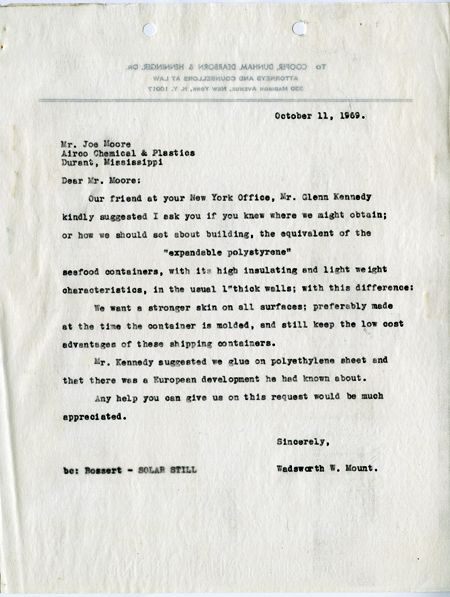 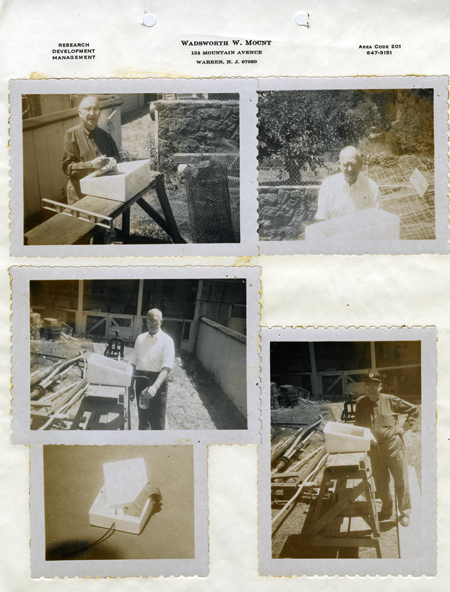 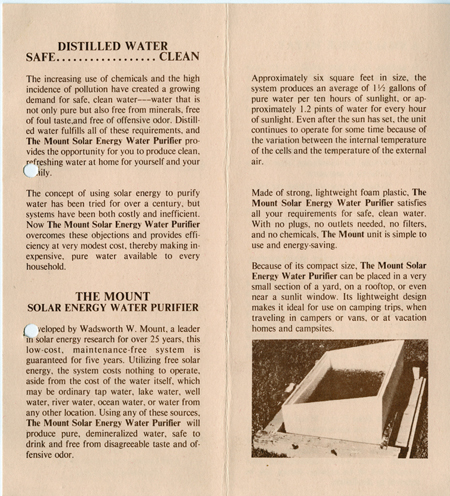 Theresa Dankovich invented germ-killing water filters as a graduate student and co-founded her company Folia Water in 2016 to scale up production. Folia Filters (patent pending) are made of thick paper embedded with silver nanoparticles, which are lethal to  microbes. The filters are distributed in Safe Water Books—each book provides a year of safe drinking water for a family. Dankovich’s team has field tested her inexpensive filters with users in South Africa, Ghana, Honduras, Bangladesh, Kenya, and Haiti. “I saw an opportunity to simply listen to the people . . . and to deliver designs that fit with the culture,” she notes. 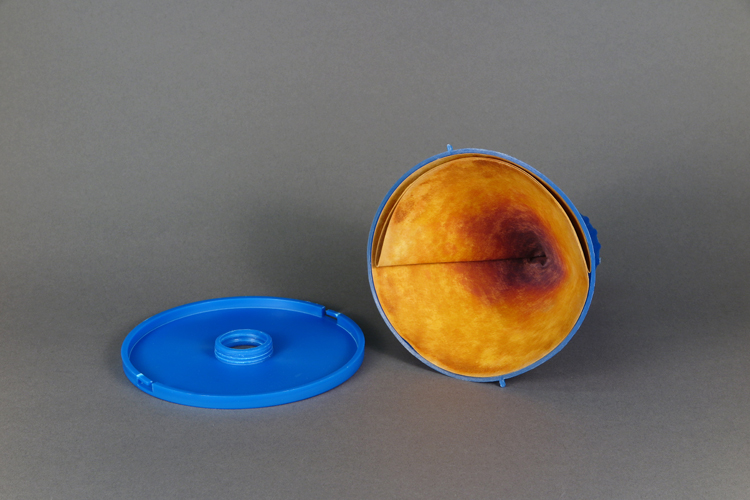 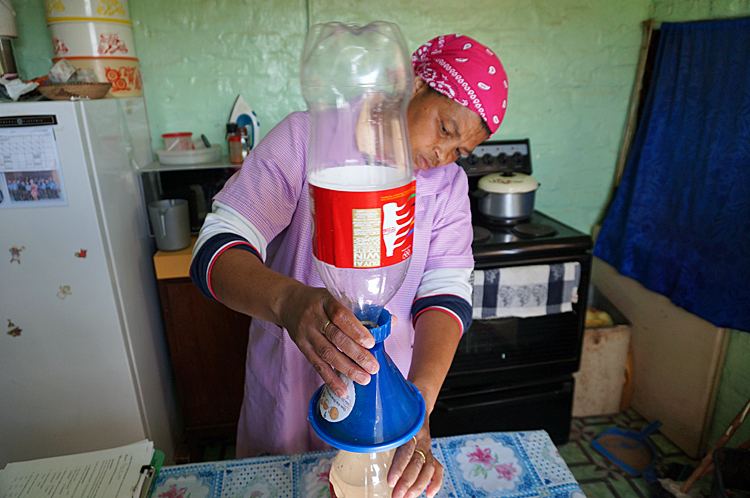 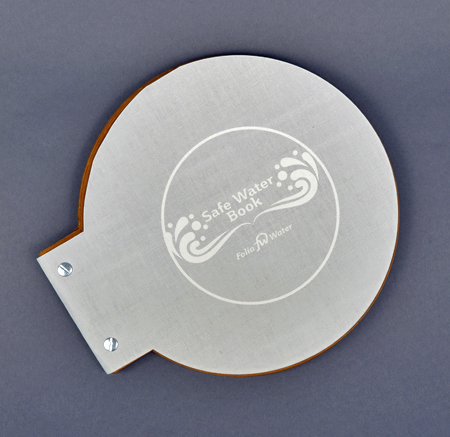