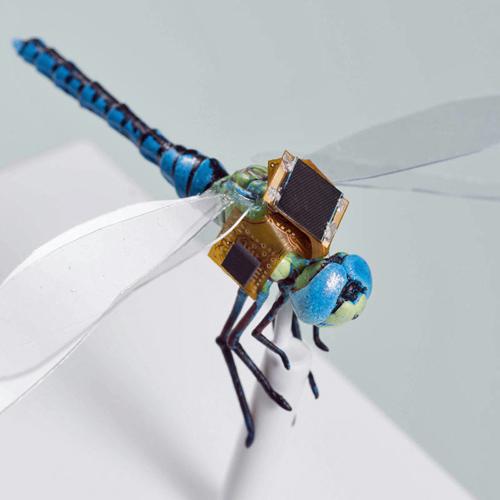 The Lemelson Center explores invention and innovation with diverse audiences of all ages through exhibitions and programs.

Our award-winning Places of Invention (POI) exhibition continues to welcome some 480,000 visitors per year to the Lemelson Hall of Invention and Innovation. Audiences of all ages enjoy exploring the six featured communities, from the best known invention hot spot, Silicon Valley, to the surprising Bronx, NY, to other fascinating but lesser known stories of inventions in Fort Collins, CO, Hartford, CT, Hollywood, CA, and Medical Alley, MN. Since the exhibition opened July 1, 2015, the interactive map featured in the center of the POI gallery has received over 22,000 total visitor story submissions about inventors and innovations from across the US and the globe.

A new exhibition, Inventive Minds: Sporting Inventions, was installed in the gallery in August 2017 and will be on display through August 2018, with new objects added in January and May 2018. The exhibition features stories of inventors who changed the way Americans play—from Marilyn Hamilton, inventor of the lightweight Quickie sports wheelchair, to Howard Head, who created skis and tennis rackets that enhanced average skill.

With support of the Lemelson Foundation, we conducted oral history interviews with John Warner, the co-founder of the field of green chemistry, and David Stone, inventor of a carbon-negative substitute for concrete, as part of our 2016-2017 theme, Inventive Minds: Inventing Green.

Innovations in Defense: Artificial Intelligence and the Challenge of Cybersecurity

With support of the Defense Advanced Research Projects Agency (DARPA), the Lemelson Center brought an artificial intelligence machine to the Museum for a six-month exhibition. Visitors saw a groundbreaking, prize-winning “cyber reasoning system” that was designed to fix software vulnerabilities and even block attacks from new computer viruses.

On May 20, we partnered with research and innovation labs from the US military and associated organizations to display more than 30 leading-edge inventions and innovations alongside historical artifacts. Over 24,800 visitors saw technologies not yet in common use; met and interacted with scientists, engineers, and soldiers from the Army, Navy, Air Force, Marines, DARPA, Draper, and others; and tried their hand at invention challenges. On stage, General Mark A. Milley, Chief of Staff of the US Army, discussed the role of invention for defense strategy and warfare, and panels explored how military technology will find new uses for civilians in the future.

In collaboration with Virginia Tech’s Institute for Creativity, Arts, and Technology, we presented the first ACCelerate: ACC Smithsonian Creativity and Innovation Festival on October 13-15. The festival was a celebration of creative exploration and research happening at the nexus of science, engineering, arts, and design, and featured 48 interactive installations from across the 15 ACC colleges and universities addressing global challenges in the areas of environment and sustainability, health, body, and medicine, civic engagement, advanced manufacturing and making, biomimicry, and arts and technology; 12 dramatic and musical performances; and nine panel discussions. The Museum welcomed more than 36,000 visitors during the festival’s three-day run.

Part of the Lemelson Center’s vision of a more inventive world, Innovative Livesengages audiences of all ages and backgrounds in public conversations with diverse inventors, innovators, and entrepreneurs about their pioneering work and careers. This year’s series included:

Innovative Lives: Lonnie Johnson—On February 2, inventor Lonnie Johnson, best known for his wildly-popular invention, the Super Soaker water gun, and for his work on high performance Nerf dart guns, spoke about his upbringing and education that led him to devote his life not only to creating toys, but also to solving some of the world’s most complex technological problems.

Innovative Lives: A Dialogue on Healthcare Innovations—On March 16, a conversation between Tiffany Kelley, founder of Nightingale Apps, and Anna Young, co-founder and CEO of MakerHealth, focused on entrepreneurial innovations by and for nurses, the challenges and rewards of the inventive process, and pursuing breakthrough solutions to bridge gaps in healthcare.

Innovative Lives: Rodney Mullen and Steven Sebring 360—On September 7, Rodney Mullen, one of the world’s most influential skateboarders who creates and performs tricks no one else can execute, and Steven Sebring, a photographer, filmmaker, artist, and inventor who is pushing boundaries to explore humans from new perspectives, treated audiences to a special screening of their joint creative project Liminal, and discussed their thoughts on the necessity of innovation.

America as a Place of Innovation: Great Inventors and the Patent System—On February 16, we partnered with the George Mason University Center for the Protection of Intellectual Property and the United States Patent and Trademark Office (USPTO) for a panel discussion examining the social, economic, and legal context of innovation in late nineteenth century America. Disputes arising from Bell’s telephone patent and the impact of Edison’s invention of the electric light bulb on American culture were among the innovation stories featured.

From Jazz to Go-Go: The Sounds of Community and Change—On July 1, we hosted an afternoon of lively music and discussion exploring Washington, DC’s innovative musical history as the birthplace of go-go, and a proud community where jazz and other genres have been vital to cultural expression for generations.

Wind Me Up Chuck: The Influence of Chuck Brown and Go-Go as DC History—On August 20, we traveled to the DC Public Library’s Woodridge branch for a panel discussion on Chuck Brown’s role as a creator of the go-go music genre, his contributions to the DC music community, and the earlier music—blues, jazz, and funk—that influenced his creativity.