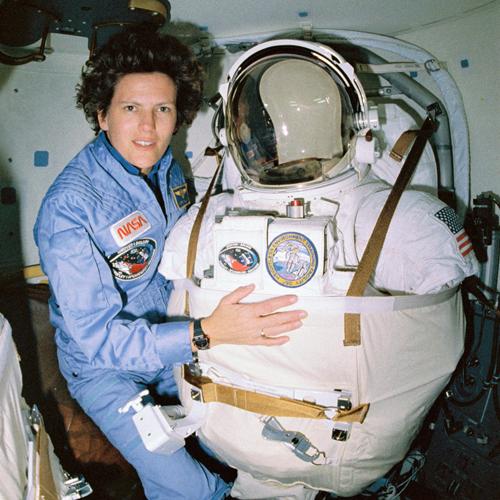 The Lemelson Center advances scholarship about the history of invention and innovation through workshops, fellowships, research opportunities, documentation activities, and publications.

The athletics industry is under pressure to develop new technologies and other innovations that provide competitive advantages. Likewise, inventions change how the public engages, consumes, and participates in sport. In September, we launched a multi-year initiative to explore the relationship between invention and sport with a two-day workshop featuring scholars, athletes, inventors, policy makers, sport industry leaders, and museum and education professionals. Sessions considered the invention and use of new equipment, and changes to physical training, medical technologies, and nutrition, while also exploring the key questions of whois involved in the invention and creation of technologies for sports and who decides when the use of a new technology is beneficial, fair, legal, and ethical.

In 2016, the Center received generous seed funding from three pioneering venture capitalists—Thomas Baruch, the late William Bowes, and William Draper III—to launch a documentation and programming initiative on the history and contemporary impact of venture capital for the American innovation ecosystem. In 2017, the Center advanced the initiative in three ways, including a joint acquisition with Stanford University of materials from the 2011 documentary film, Something Ventured. The acquisition includes raw video footage and interview transcripts from several pioneering venture capitalists and the entrepreneurs they financed. Second, the Center recorded new oral history interviews with semiconductor laser inventor and angel investor Don Scifres and with biotech investor Sam Colella. Third, the Center introduced a new “Sell It” station in Draper Spark!Lab where visitors can record a short video “pitching” their invention ideas. The Center will continue to expand its work in this area through additional oral history recordings and by developing public programs to help our audiences appreciate the crucial role that VCs play in the process of innovation.

In the duration of a single generation, video games evolved from a fringe activity to a central technology in education, simulation, and entertainment. The window of opportunity to capture the developmental arc of this simultaneously technical and creative industry through first-hand recollections and perspectives of its founders is narrowing. In close collaboration with industry leaders, we are undertaking in-depth video oral history recordings and developing innovative ideas for public engagement using the materials. In 2017, we recorded interviews with Steve “Slug” Russell and Peter Samson, who coded the game Spacewar!; Nolan Bushnell, founder of Atari; Don Daglow, who wrote the first baseball game and numerous others; and Brenda Laurel, one of the first women in the video game industry who also created Rockett’s New Schools.

The Lemelson Center supports the work of scholars by offering residential fellowships, travel-to-collections grants, and an annual archival internship. We also host and advise visiting scholars who have other financial support.

The Arthur Molella Distinguished Fellowship is endowed by the Lemelson Foundation to honor the scholarly contributions in the history of invention and innovation in American society by the Lemelson Center’s founding director emeritus, Dr. Arthur P. Molella.

In 2017, we also welcomed the following Lemelson Center Fellows in Residence:

Travel-to-Collections Awards provide travel funds for research on the history of invention and innovation using the extensive holdings of NMAH’s Archives Center and curatorial divisions. In 2017, we hosted the following awardees:

Two new book proposals were accepted to the Lemelson Center Studies in Invention and Innovation series, published by the MIT Press. Co-edited by Joyce Bedi, Arthur Daemmrich, and Arthur Molella, the series advances scholarship in the history of technology, engineering, science, architecture, the arts, and related fields and disseminates it to a general interest audience.

The Lemelson Center also encourages scholarly publishing by its own staff: