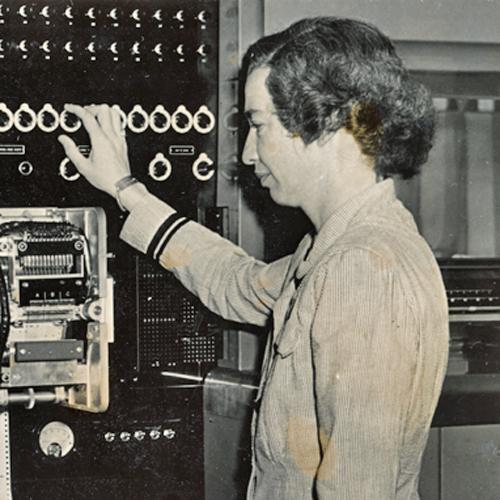 “Getting frustrated only stops you.”

When World War II began, Grace Murray Hopper (1906–1992) was a PhD mathematician teaching at Vassar College. She joined the US Navy in 1943 and applied her math skills to writing code for the Mark I, a new electromechanical calculator at Harvard’s Cruft Laboratory. Hopper’s instructions for running complex computations were punched into paper tapes, like the segment from “Problem L” seen here. (Problem L calculated mathematical tables that had applications in radio, sound, and frequency modulation.) Hopper was one of the first woman programmers. In her lifelong computing career, she pioneered ways to make communication between humans and computers more user-friendly. 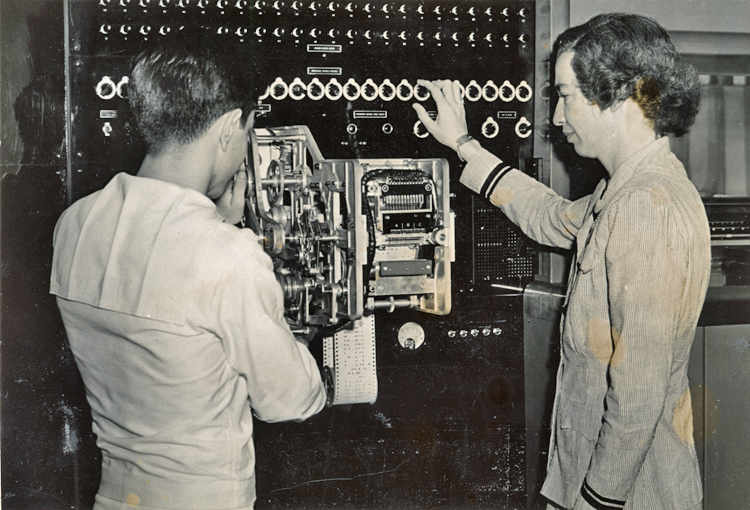 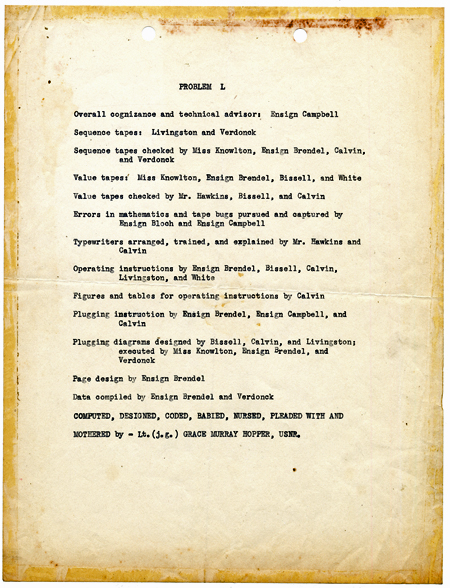 A lighthearted summary of the distribution of work on Problem L, run on the Mark I around 1945. Problem L calculated mathematical tables that had applications in radio, sound, and frequency modulation. Grace Murray Hopper Papers, Archives Center, National Museum of American History, AC0324-0000015. © Smithsonian Institution 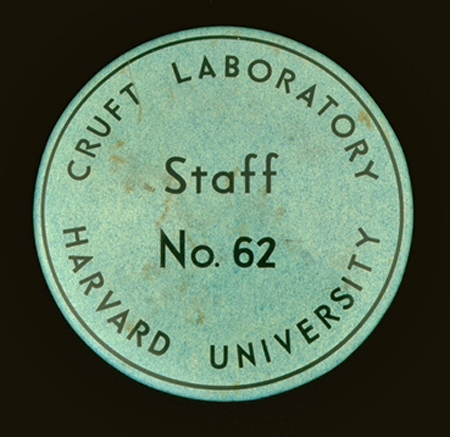