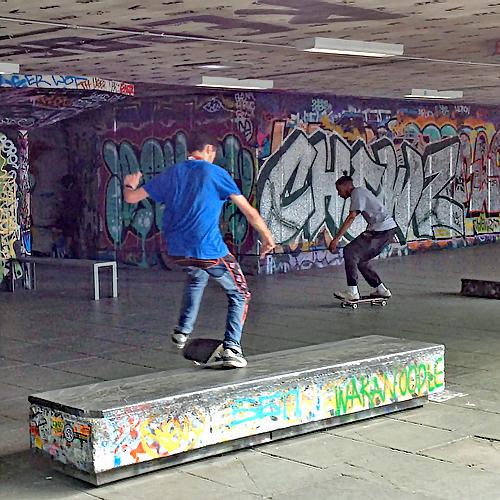 The Lemelson Center had a dynamic 2018, featuring significant public engagement ranging from Draper Spark!Lab at the National Museum of American History to the expanding Spark!Lab network to invention and innovation festivals and our Innovative Lives program series.

We will continue to advance education and scholarship about invention and innovation both on and beyond the National Mall.

The Lemelson Center will continue in concept development and preliminary research for Game Changers, which will focus on the ways in which invention and innovation have impacted sports. We partnered with media company SportTechie to produce a pilot video, IMPACT: The Evolution of Football Helmets, premiering on Super Bowl weekend in February 2019. The video features interviews with NFL players, historians, engineers, medical professionals, scientists, and manufacturers to explore the role of invention and technology in developing more effective and safer helmets for football. The video was made possible through the generous gift of Judy and Bob Huret. A $150,000 grant from the Lemelson Foundation will continue to support preliminary exhibition development activities such as initial conceptual design, the front-end visitor evaluation report, and contracting a grant writer to work with us to submit a National Science Foundation grant in November 2019.

In 2019, we are slated to host four Innovative Lives programs at the Museum. We will kick things off March 6 with an evening discussion featuring Dr. James West, inventor of the electret microphone, and his daughter, Ellington West, entrepreneur and CEO of Sonavi Labs. On May 1, we will highlight Dr. Merry Lynn Morris, inventor of the Rolling Dance Chair for people with disabilities. On June 22, we will explore the impacts of hip-hop culture and innovation in collaboration with the Museum’s America Now program. On December 4, we will feature Dr. Kathryn Sullivan, astronaut and inventor, to coincide with publication of her book Handprints on Hubble: An Astronaut’s Story of Invention, part of the Lemelson-MIT Press series.

At the forefront of innovation and creativity, the fifteen universities of the Atlantic Coast Conference (ACC) will come together for the second Accelerate: ACC Smithsonian Creativity and Innovation Festival, April 5–7. The free family-friendly festival will showcase cutting-edge technologies that draw upon art, science, and humanities to address global challenges. Keep up with the daily activities by following the hashtag #ACCelerate on Instagram and Twitter.

Religion and Innovation: Past, Present, and Future

On May 18, we will showcase examples of today’s leading-edge military inventions at the third annual Military Invention Day. This daylong program demonstrates the crucial role of invention for the United States, explores technology transfer and entrepreneurship for military technology, and gives visitors an opportunity to interact with diverse scientists, engineers, and inventors. New additions to the program in 2019 will be workshops on entrepreneurship and intellectual property and a “Shark Tank”-themed stage demonstration of new technologies transitioning to the market.

In May, the Innoskate program will produce its first international festival in London in collaboration with Street League Skateboarding. With skateboarding making its debut as an Olympic sport at the 2020 Olympics, an international Innoskate event in east London presents an ideal opportunity to showcase the collaboration between the Smithsonian and the Victoria and Albert Museum, explore the growing global influence of skateboarding innovation, and enhance the influence of the Queen Elizabeth Olympic Park area as a dynamic center of cultural and educational activity.

Software is everywhere, yet how to categorize it and protect the work of its authors, inventors, and coders has long been controversial. This daytime panel discussion on June 12 will examine the history and development of software IP protections while considering the concerns of inventors, corporations, and consumers. 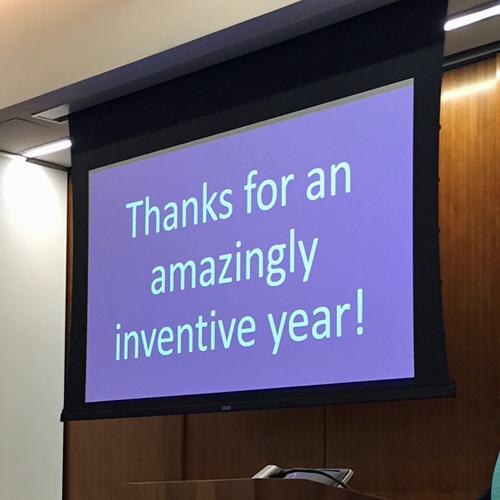