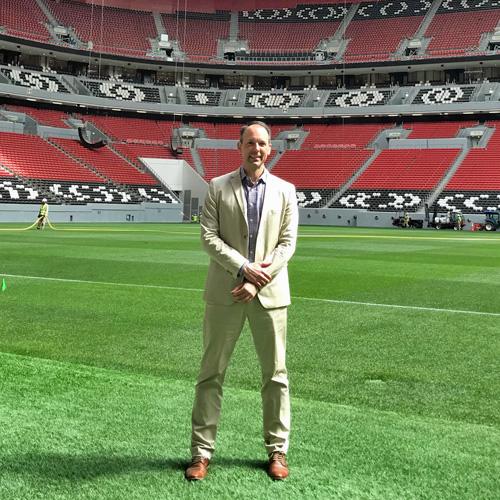 In 2020, the Center pivoted much of its work to the digital realm to serve our audiences.

For 25 years, the Lemelson Center has been a leader in the study of invention and innovation. In 2020, the Center continued to build archives and advance diverse research projects.

During 2020, the Lemelson Center engaged in several research efforts underlying our Game Changers initiative. In July, following a competitive application process, the project secured a three-year $1.8 million grant from the National Science Foundation’s Advancing Informal STEM Learning program. With the grant, the Center has partnered with education researchers Joanna Garner, Old Dominion University, and Avi Kaplan, Temple University to design exhibition elements that will spark visitors to explore their inventive identities. To test the efficacy of this concept with our target audiences, we have established cooperative relationships with local community partners—including the Anthony Bowen YMCA, Girl Scouts Nation’s Capital, Access Smithsonian, and the Smithsonian’s Anacostia Community Museum—and contracted with Randi Korn and Associates, Inc., a museum consulting firm, to conduct evaluations.

In parallel, the team has researched numerous inventors and sports technology stories for potential inclusion in the exhibition, companion book, and associated public programming.  For example, we are in the process of collecting a Hawk-Eye camera used to automate the line calls at the 2020 US Open tennis tournament. In addition, the Center formally appointed legendary skateboarder Rodney Mullen and Professor Bill Robertson (aka “Dr. Skateboard”) as Lemelson Center Distinguished Research Scholars to facilitate our ongoing research and Innoskate programming.

In June, the Game Changers initiative debuted two videos co-produced with SportTechie that highlighted our research into stadium technology: Grand Stands: Stadium Technology and the New Fan Experience and 12 Game-Changing Stadiums in History.

In October, the team organized two conference panels on “Science, Technology, Innovation, and Sports” and presented their Game Changers research alongside other sports technology scholars at the Society for the History of Technology annual meeting. Team members also presented aspects of their research at the museum's colloquium in August and at the Consortium for the History of Science, Technology, and Medicine in October.

Looking ahead, we are developing a Game Changers companion book that will explore the myriad ways that science, technology, and invention have infused historic and contemporary sports; the inventors and athletes who have developed, used, and adapted sports technologies; and the social and regulatory processes by which technologies have been accepted as beneficial and fair, or rejected as harmful (either to the athlete or to competition) and banned.

Recovering Diverse Voices in the History of Invention

Recovering Diverse Voices in the History of Invention is an ongoing research and outreach initiative of the Lemelson Center. Focusing on the stories of women, people of color, immigrants, people with disabilities, and others whose stories often have been overlooked, undervalued, and sometimes lost, the project combines scholarly research and collecting with public outreach through exhibitions, programming, and publications to increase understanding of the work of diverse and underrepresented inventors.

During 2020, the Recovering Diverse Voices team concentrated on women inventors, completing the installation of the Picturing Women Inventors exhibition at the museum and working with the Smithsonian Institution Traveling Exhibition Service to transform and expand the exhibition into a set of posters that will be distributed free-of-charge to schools and community centers across the US in 2021. The team also conducted oral histories with Jogbra inventors Lisa Lindahl, Hinda Miller, and Polly Palmer Smith, and produced an edited video about their work for our YouTube channel. The oral histories and video were made possible through the support of the Smithsonian Women’s Committee. 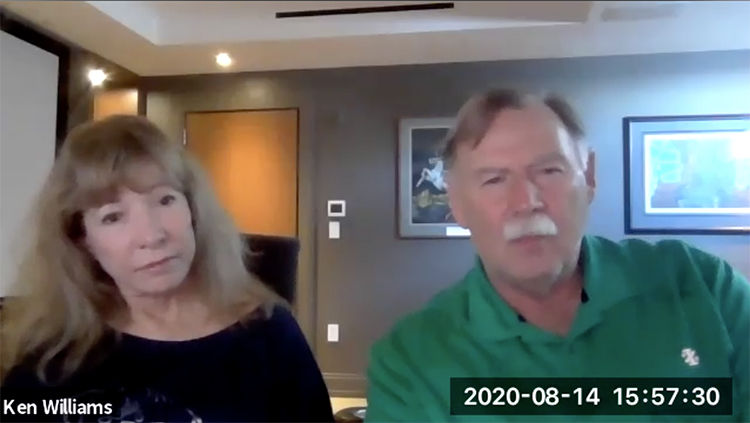 The Video Game Pioneers Initiative is developing into a world-class oral history collection, with plans to preserve original documents, source code, and other material culture documenting video gaming. Working at the Smithsonian and collaboratively with other institutions, we made progress in 2020 to complete oral histories with the inventors of Spacewar!, the founders of Atari, and numerous other creators of video and computer games in the 1970s and early 1980s. Also in 2020, Christopher Weaver, a Distinguished Research Scholar with the Lemelson Center, conducted an extensive oral history with Ken and Roberta Williams, who created numerous breakthrough video games and founded Sierra On-Line.

The Lemelson Center supports the work of scholars by offering residential fellowships, travel-to-collections grants, and a summer archival internship. 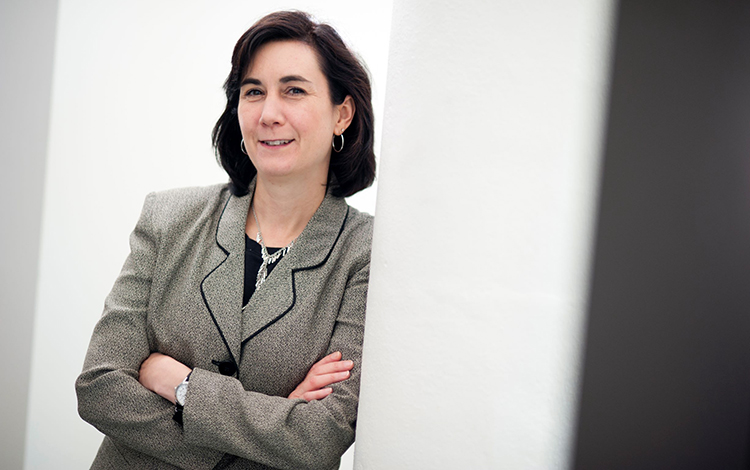 The Arthur Molella Distinguished Fellowship is endowed by the Lemelson Foundation to honor the Lemelson Center’s founding director emeritus, Dr. Arthur P. Molella, and his scholarly contributions in the history of American invention and innovation.

Dr. Kara W. Swanson, professor of law and affiliate professor of history at Northeastern University, was appointed as the 2020 Molella Fellow. Her research project is “Inventing Citizens:  Race, Gender, and Patents.” 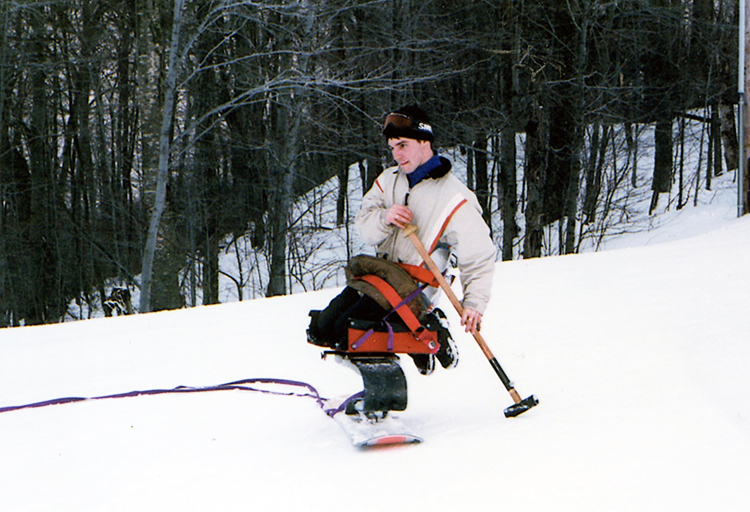 Through external sources of funding, scholars and practitioners spend time in residence as guests of the Lemelson Center.

Travel awards provide funds that help researchers access the museum’s extensive holdings in the history of invention and innovation. In 2020, we appointed five awardees who have not yet been able to join us in residence:

The Belgian-born American chemist, inventor, and entrepreneur Leo Baekeland (1863–1944) is best known for his invention of the first synthetic plastic—his near-namesake Bakelite—which had applications ranging from electrical insulators to Art Deco jewelry. Toward the end of his career, Baekeland was called the “father of plastics” and given credit for the establishment of a sector to which many other researchers, inventors, and firms inside and outside the United States had also made significant contributions. In Beyond Bakelite, Joris Mercelis examines Baekeland's career, using it as a lens through which to view the changing relationships between science and industry on both sides of the Atlantic in the late 19th and early 20th centuries. He gives special attention to the intellectual property strategies and scientific entrepreneurship of the period, making clear their relevance to contemporary concerns.

Mercelis describes the growth of what he terms the “science-industry nexus” and the developing interdependence of science and industry. After examining Baekeland's emergence as a pragmatic innovator and leader in scientific circles, Mercelis analyzes Baekeland's international and domestic IP strategies and his efforts to reform the US patent system; his dual roles as scientist and industrialist; the importance of theoretical knowledge to the science-industry nexus; and the American Bakelite companies' research and development practices, technically oriented sales approach, and remuneration schemes. Mercelis argues that the expansion and transformation of the science-industry nexus shaped the careers and legacies of Baekeland and many of his contemporaries.

Beyond Bakelite was published in March as part of the Lemelson Center Studies in Invention and Innovation series with MIT Press.

The Center responded to the growing pandemic with a series of blogs on COVID-related topics:

Arthur Daemmrich and Sherri Sheu, “Plastics Are Not the Savior We Were Looking For,” in “Fifty Things We’ve Learned about the Earth since the First Earth Day,” Smithsonian magazine (22 April 2020).