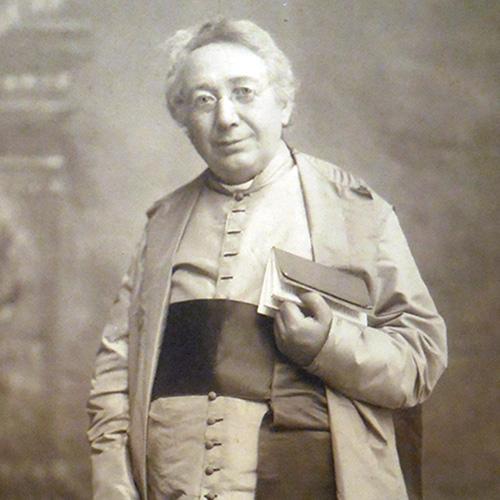 Michael Bouchet (1827–1903) was a Catholic priest who was born in France and immigrated to the United States in 1853. He not only had a respected ecclesiastical career, becoming a monsignor in 1899, but also a mechanical avocation. Called an “incessant thinker” by a contemporary, Bouchet’s inventive mind resulted in devising automatic snakes to frighten his acolytes, and a folding bed and fire escape for his own use.

Beginning in the 1860s, Bouchet invented adding machines to assist in keeping his diocese’s accounts. He only patented the later versions of the adding machine, including the one shown here, patented in 1885. It could add single columns of numbers and, as the patent states, the instrument was designed to be “cheap, durable, reliable, and not liable to get out of order.” 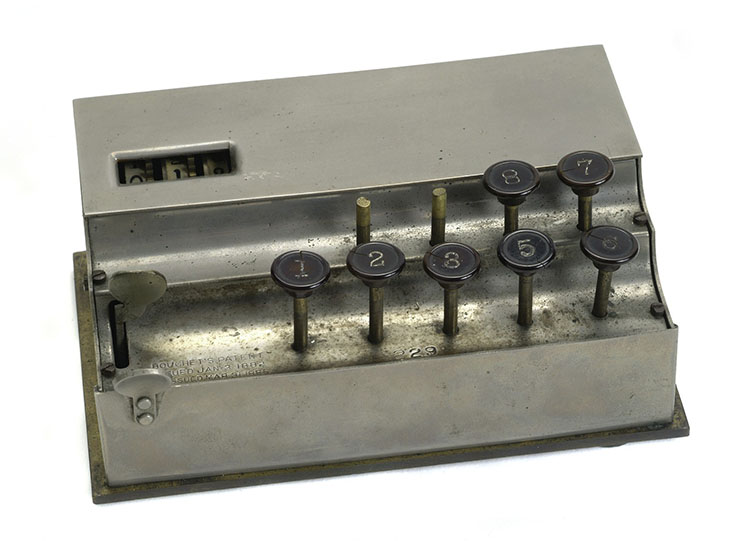 According to National Museum of American History curator Peggy Kidwell, “this machine was used to add single columns of digits. Depressing a key depressed a lever and raised a curved bar with teeth on the inside of it. The teeth on the bar engaged a toothed pinion at the back of the machine, rotating it forward in proportion to the digit entered.

“A wheel at the left end of the roller turned forward, recording the entry. A pawl and spring then disengaged the curved bar, preventing the roller and recording bar from turning back again once the key was released.

“Two additional wheels to the left of the first one were used in carrying to the tens and hundreds places, so that the machine could record totals up to 99. Left of the wheels was a lever-driven tack and pinion zeroing mechanism.”