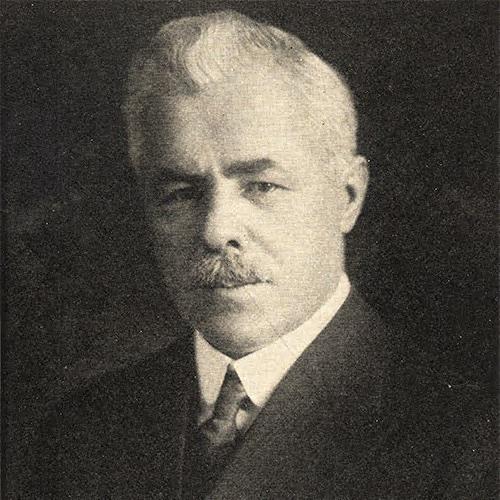 Charles (Karl) Nessler (1872–1951) was born in Germany and built the successful hair care business C. Nestle Co. in London. He had invented artificial eyelashes and eyebrows before he demonstrated his breakthrough machine in 1905 for permanently waving hair.

Instead of curling straight hair with heated irons (a process that only lasted until the hair was washed), Nessler’s invention heated sections of hair that had been soaked in a chemical solution and wrapped around rods. The wave produced withstood washing. 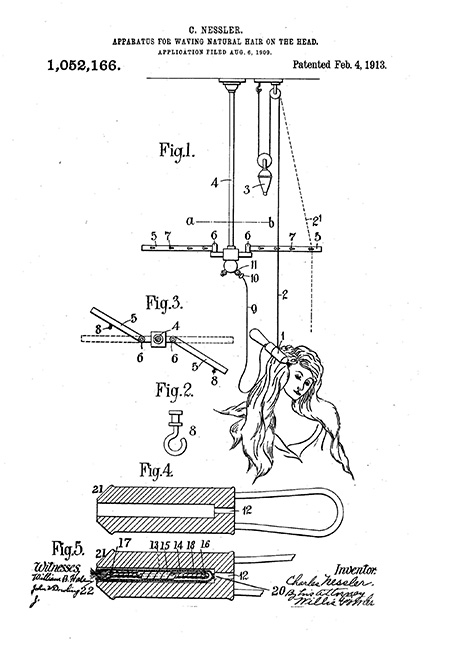 Charles Nessler’s US Patent 1,052,166 for a hair waving machine, 1913, is one of several that Nessler received for such devices. Courtesy of USPTO

During World War I, Britain seized the assets of citizens of enemy countries and Nessler fled to the United States in 1915. He re-created his success, leading to a merger that launched the Nestle-LeMur Co. in 1928.

The machine shown here represents one of the patents assigned to Nestle-LeMur and is a variation on Nessler’s original apparatus. 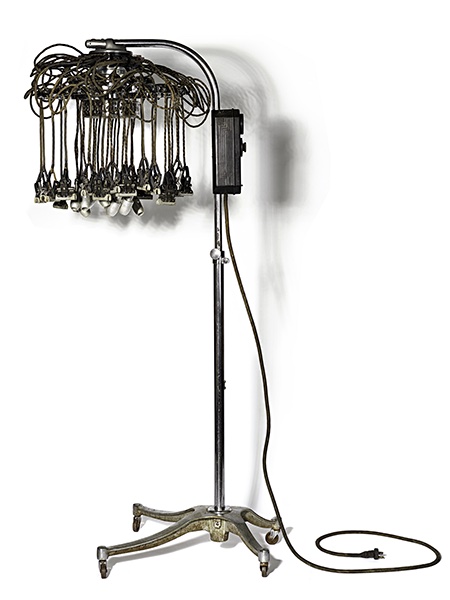 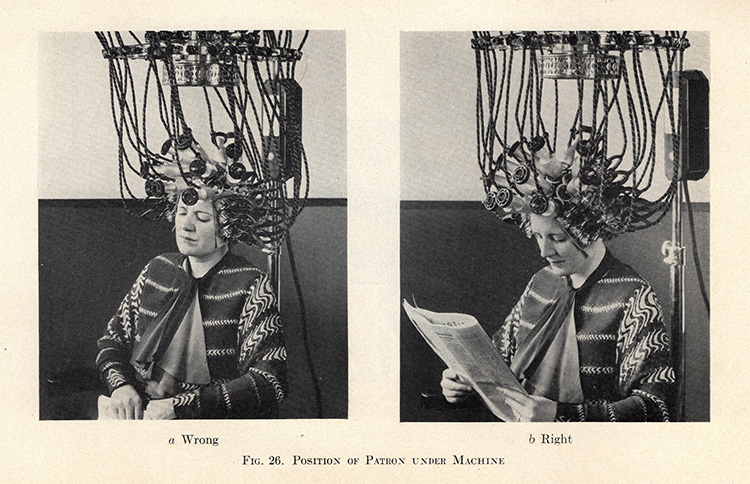 “Position of Patron under Machine,” from Basic Science of Hair Treatments, Nestle-Lemur Co., 1935.