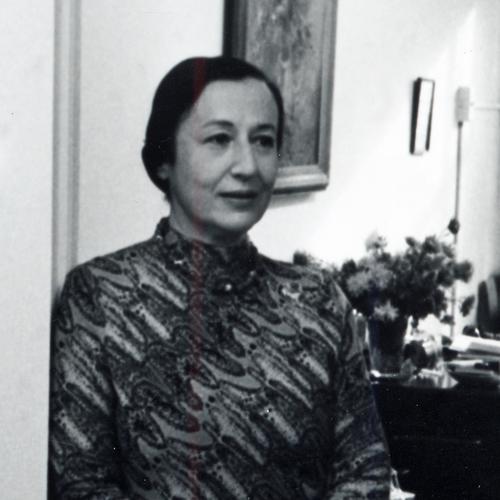 Charlotte Cramer Sachs (1907–2004) was born in Germany and came to the United States in 1924. Her creative talents extended to art, languages, music—and invention. 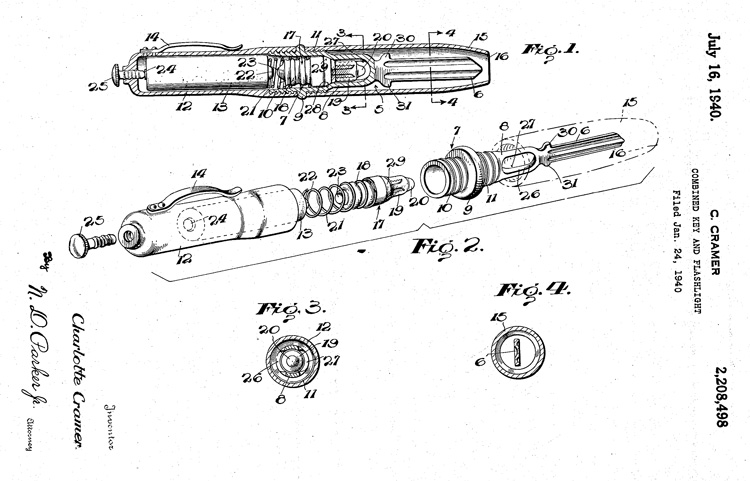 Charlotte Cramer Sachs received US Patent 2,208,498 in 1940 for a combination key and flashlight. Courtesy of USPTO

As a single working mother during World War II, Sachs experienced firsthand the demands on the growing number of women who worked outside the home.

Her line of instant cake and muffin mixes helped save time and ease the effects of wartime food shortages. 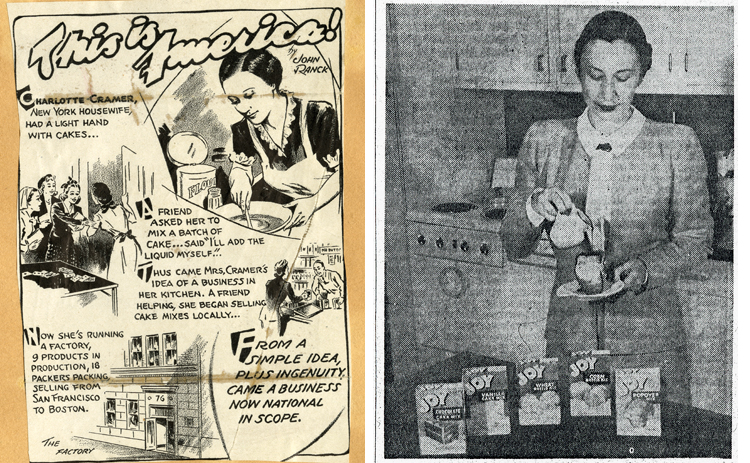 She revealed her delight in inventing in the name of her company—Joy Products. 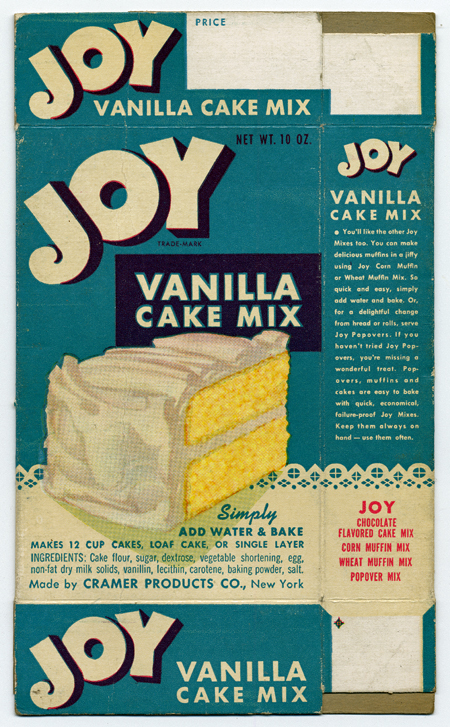 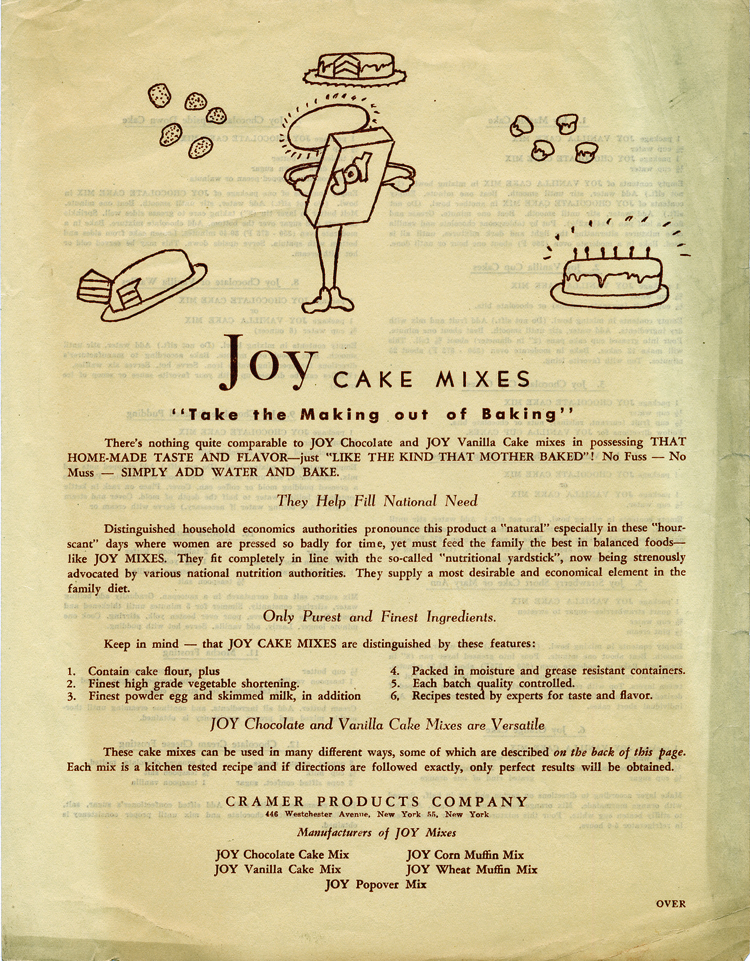 She designed several pet accessories in the early 1950s, including the “Watch-Dog,” a dog collar with a watch on it. 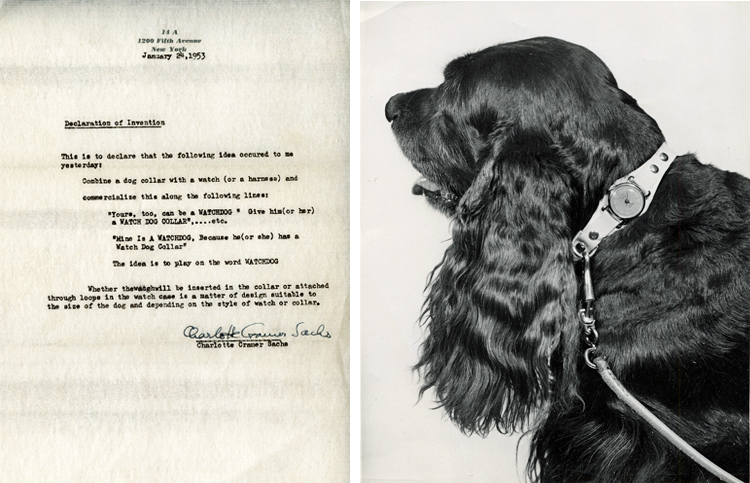 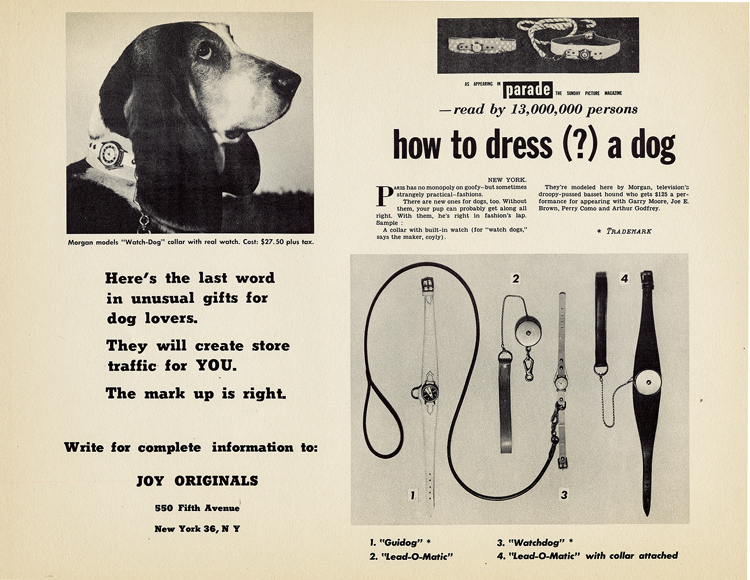 And for wine lovers, she invented the “Modern Wine Cellar” for storing wines at the proper temperature and humidity, and the “Bottle Bib,” to prevent drips.

Charlotte Cramer Sach’s “Modern Wine Cellar” stored wines at the proper temperature and humidity. With different size models designed to store between 25 and 61 bottles, the cabinet was, according to the ad, “ideal for apartment dwellers and the wine connoisseur,” AC0878-0000049. Charlotte Cramer Sachs Papers, Archives Center, National Museum of American History