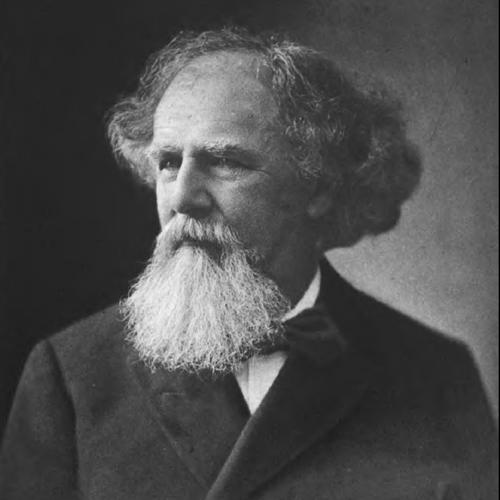 Smyth became a prolific inventor. National Museum of American History curator Joan Boudreau notes that Smyth was “granted patents for some forty inventions for clothing and book sewing, as well as mining and irrigation machines.” 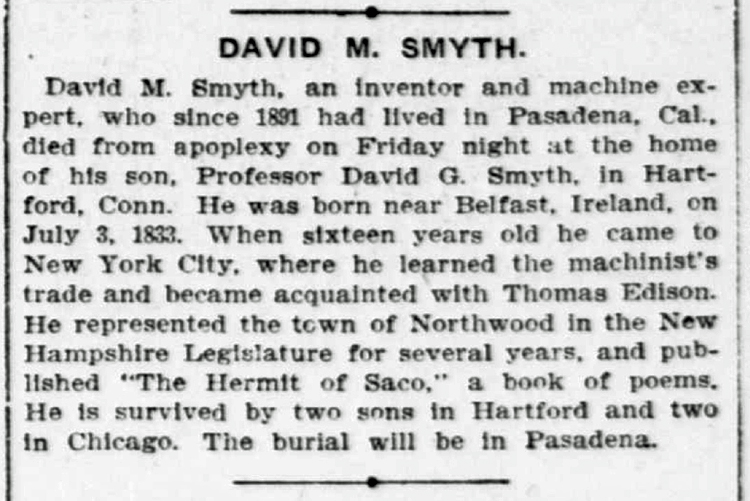 Smyth was especially known for his bookbinding equipment. His inventions were so influential that, as Boudreau points out, Smyth has been “memorialized with the term ‘Smyth sewn’ or ‘Smyth sewing,’ which refers to his inventions having to do with the ‘method of sewing together folded, gathered, and collated signatures with a single thread sewn through the folds of individual signatures.’ His many inventions inspired the formation in the 1880s of the Smyth Manufacturing Company in Hartford, Connecticut, which successfully produced examples of his machines for the market.”

The models shown here, part of the National Museum of American History’s collections, were submitted with Smyth’s patent applications for machines that stitched together groups of pages of a book, called signatures, before a cover was attached. 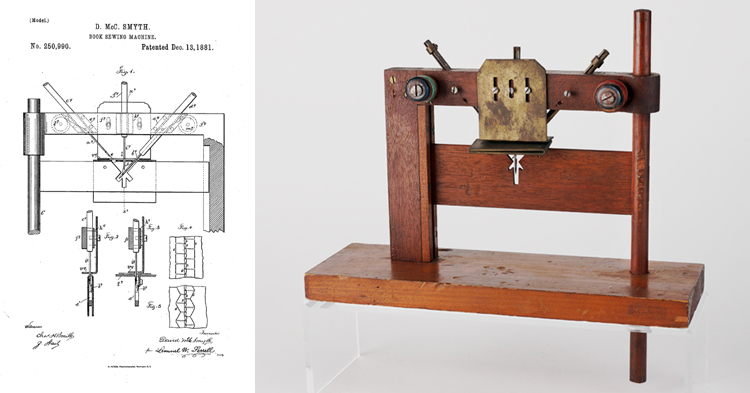 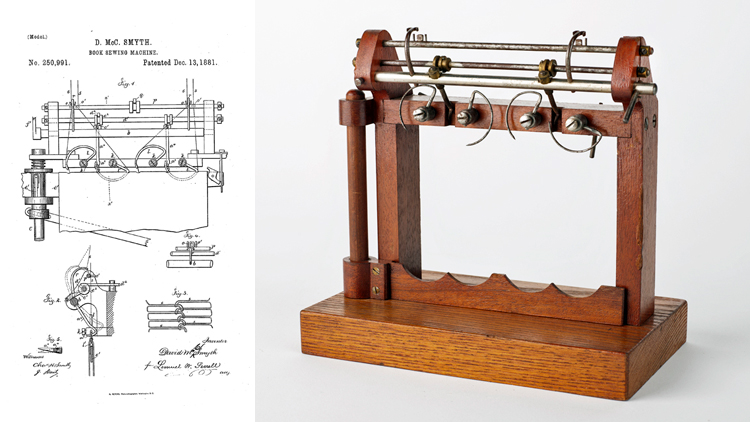