The guitar's history mirrors the cultural values, preoccupations, and norms in the United States over time. So, too, does the guitar's design, especially since the development of solid-body guitar construction by the 1950s. 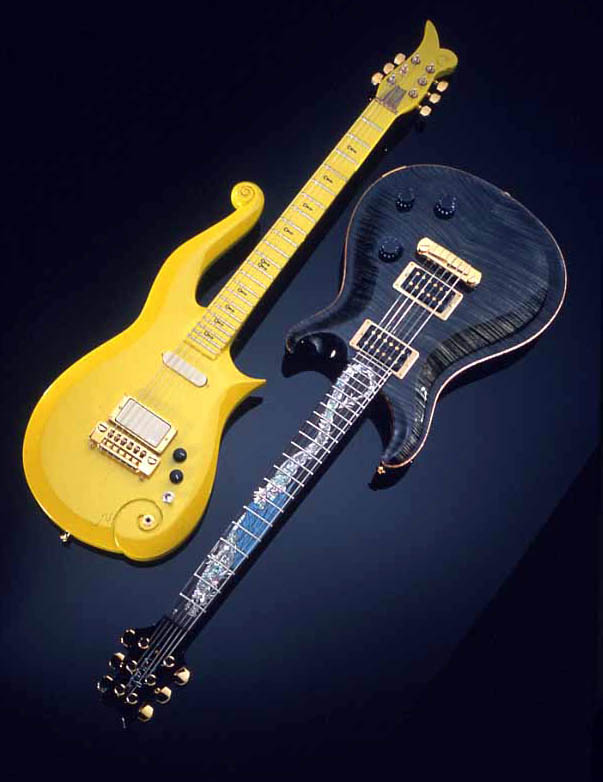 Because the sound produced by solid-body electrics does not depend on their shape, makers could experiment with a wider range of guitar designs. This era's seemingly radical instruments echoed the popular cultural focus on space-age modernity. The Fender "Strat" recalled the modern tail fins and imaginative colors of Detroit's cars, while the Gibson Flying V literally appeared ready for takeoff.

Once the electric guitar had been firmly established by the 1960s and 1970s, guitar designs became increasingly distinctive and reflective of popular music trends. And by the 1980s guitarists were more and more concerned with the look as well as sound of their instruments, regarding their guitars as identifying signatures. Eddie Van Halen decorated his guitar with colored sticky tape, and Prince has had guitars of all shapes and colors custom-created for his stage performances.

Country musician Junior Brown took the customization of his guitar a step further. To solve the problem of switching back and forth between a Spanish-style electric and a Hawaiian or lap-steel electric, Brown put the two together to form a new guitar, the "guit-steel."

Today, makers of electric guitars often emphasize materials, finishes, and overall design as much as the technological aspects of their instruments. Style and craftsmanship are and will continue to be especially important to the marketing success of electric guitars.