Patent Models and Prototypes on Display

To mark the issuance of the 10 millionth US Patent, we showcase ten nineteenth-century patent models and prototypes that are currently on display at the National Museum of American History.

On Tuesday, June 19, 2018, the United States Patent and Trademark Office (USPTO) will issue its 10 millionth utility patent (9,957 unnumbered patents were issued before starting a numbering system on July 13, 1836, so the occasion will mark the issuance of US Patent 10,000,000). One imagines that this milestone of human ingenuity exceeds even the founding fathers’ expectations when they called for a patent system in the Constitution “to promote the Progress of Science and useful Arts.” The identity of the inventor and the nature of the 10 millionth patent are closely held secrets, but we do know that the USPTO will mark the occasion with a special White House ceremony.

On the following day, Wednesday, June 20, 2018, from 1:00 to 2:30 p.m., the Lemelson Center will co-host its own public program to celebrate this milestone. “Two Centuries of American Innovation and 10 Million Patents” is co-sponsored by the USPTO and the Center for the Protection of Intellectual Property (CPIP) at George Mason University’s Antonin Scalia Law School. The panelists will discuss the patent system’s changing role in the American economy; describe the increasing participation of women, minorities, and foreign patentees in the patent system; and predict how the nature of invention and patenting might evolve in the future. The program takes place in the museum’s Coulter Performance Plaza, First Floor West; it is free and open to the public.

To accompany the event, we thought it would be fun to consider the history of patent models, describe the Smithsonian’s collection of 10,000 models, and highlight ten of the most extraordinary patent models and prototypes currently on display at the National Museum of American History. 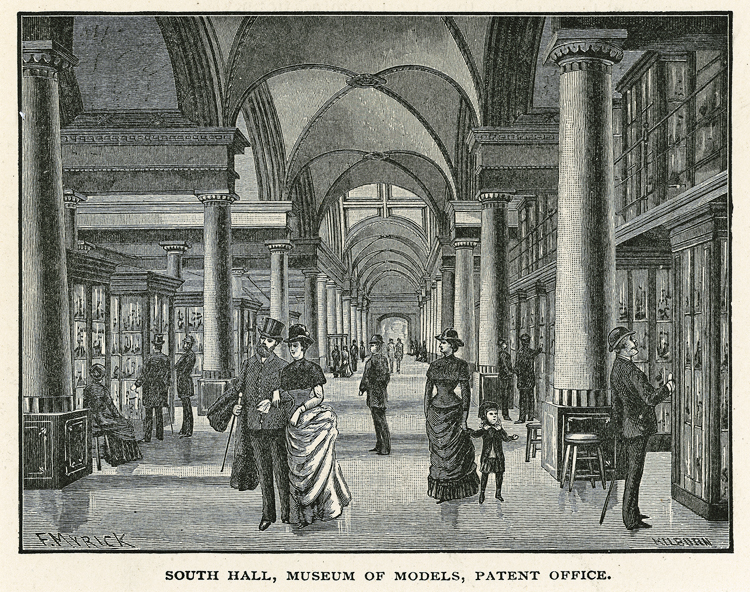 THE HISTORY OF PATENT MODELS

Congress passed the Patent Act of 1790 to help stimulate the development of new technologies. Between 1790 and 1880, the US Patent Office required inventors to submit both a written specification and a three-dimensional physical model with their patent applications. The model could be a miniature representation of a large invention (e.g., a printing press or plow), or a full-scale example of the manufactured product (e.g., a sewing machine or firearm). To save space, the Patent Office preferred the miniature models and asked that models not exceed one foot long in any dimension. The models did not have to actually work, but often they did.

The models of patented inventions were displayed publicly in four halls of the Patent Office in Washington, DC. Patent examiners referred to the models as a record of previous inventions, while aspiring inventors used the displays as a source of inspiration. And, as the image above illustrates, the Patent Office Museum of Models was a popular tourist attraction in Victorian-era Washington, DC. In his 1888 guidebook, Picturesque Washington, Joseph West Moore wrote:

The Museum of Models is contained in four lofty, magnificent halls, extending throughout the second story of the department building [the Patent Office]. Here are to be seen 300,000 models of patented articles, arranged in classes and subdivisions, and filling hundreds of spacious cases, all properly labeled and indexed. By means of these models one can trace the progress of every line of industry, from crude designs to the perfected machine, wonderful in construction and almost human in action. Here is the result of the profound study of countless men diligently working in all the industrial fields through many years, and it is a marvelous exhibition of human capability, and can be inspected for hours, even days, with plentiful profit and enjoyment.

The Patent Office suffered devastating fires in 1836 and 1877 and many models and patent records were lost. In 1880, the Patent Office rescinded the model requirement for new applications, citing the fire hazard and concerns of limited space. The model room remained open for another decade, but public interest eventually waned and the models were crated up and stored offsite.

THE ORIGIN OF THE MUSEUM’S COLLECTIONS

The National Museum of American History (NMAH) still cares for those 10,000 patent models. Exhibitions change frequently, but an informal walking tour of the museum suggests that there are approximately fifty patent models currently on display in June 2018. The models represent the leading edge of nineteenth-century technology; they also reflect the homogeneity of the white, male inventors of the period. Yet it is breathtaking to approach the models and realize that Thomas Edison or Isaac Singer had once held these objects in their hands.

PATENT MODELS AND PROTOTYPES CURRENTLY ON DISPLAY AT NMAH

Without further ado, here are ten of my favorite patent models and prototypes currently on display at NMAH:

We hope you will attend “Two Centuries of American Innovation and 10 Million Patents” on Wednesday, June 20, at 1:00 p.m. at NMAH. And like the Victorian-era visitors to the Patent Office’s Museum of Models, we hope you will stroll the halls of the museum to enjoy our remarkable collection of historic patent models.

…and the individual NMAH object records for the ten patent models, June 2018, searchable at http://americanhistory.si.edu/collections. 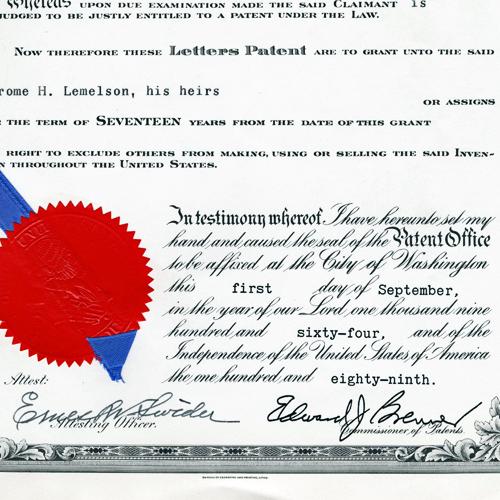 A Primer on Intellectual Property

The Lemelson Center exists to promote the study of invention and innovation.