Places of Invention is a new family-friendly exhibition developed by the Lemelson Center. Featuring six communities that represent a fascinating array of people, places, time periods, and technologies, the exhibition shows visitors what can happen when the right mix of inventive people, untapped resources, and inspiring surroundings come together.

California’s Santa Clara Valley wasn’t always known for high-tech. The area had once been an agricultural paradise, teeming with fruit orchards and canneries. Its sunny weather, attractive suburbs, proximity to Stanford University, and casual but fiercely entrepreneurial business culture attracted talented people and new businesses to the region. A booming electronics industry emerged in the 1960s and inspired the nickname “Silicon Valley,” after the main element in integrated circuits. In the 1970s and '80s, this cluster of cities south of San Francisco nurtured the invention of the personal computer. 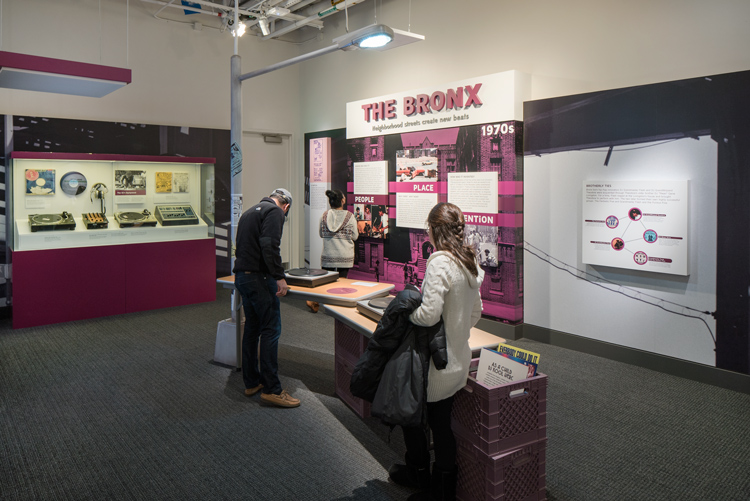 The Bronx in the 1970s was a paradox. Culturally rich with communities of African Americans and immigrants from Puerto Rico, Jamaica, and the Dominican Republic, it was also economically devastated. But it was the right environment for the invention of hip-hop. The residents’ diverse traditions influenced the sound of hip-hop, while the urban landscape provided the raw materials for its technical innovations. DJs mined the Bronx’s abandoned buildings, cars, and streets for the components they needed to craft the “best” sound system—and they made neighborhood spaces like public housing, parks, and schools their stage. 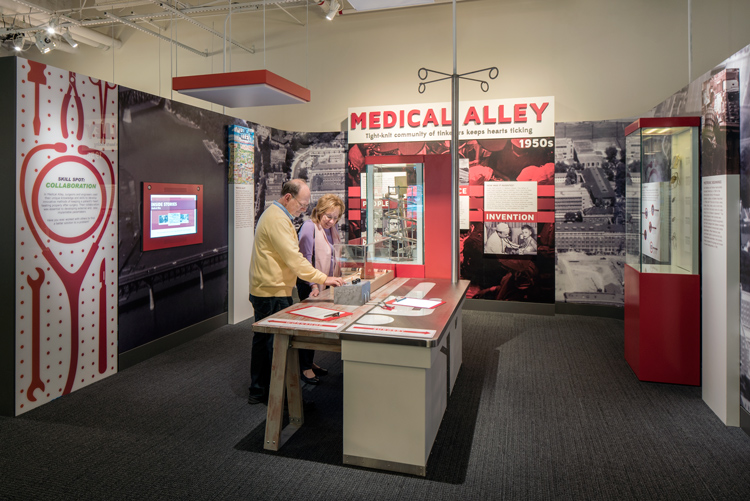 The first hospital in the United States devoted to heart patients opened in 1951. The Variety Club Heart Hospital, part of the University of Minnesota, soon became known for its culture of risk-taking and collaboration among doctors, clinical researchers, and engineers. Breakthrough inventions developed at the hospital included the external transistorized pacemaker and ways to keep oxygen-rich blood circulating in a patient during open-heart surgery. The university also served as an incubator for spin-off medical-device companies. 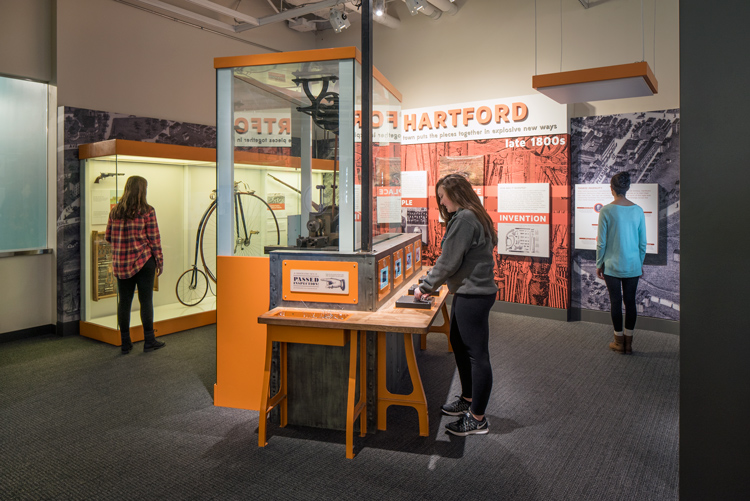 Hartford has always been a center for commerce and transportation. The city started as a trading post for goods shipped first along the Connecticut River and later by railroad. In the 1850s and '60s, Aetna, Travelers, and other firms were founded to protect the profits of maritime trade, making Hartford the “insurance capital of the world.” With the introduction of mass production using interchangeable parts at the Colt Armory and its neighboring firms, all kinds of products—including firearms, sewing machines, bicycles, and automobiles—were made in Hartford. 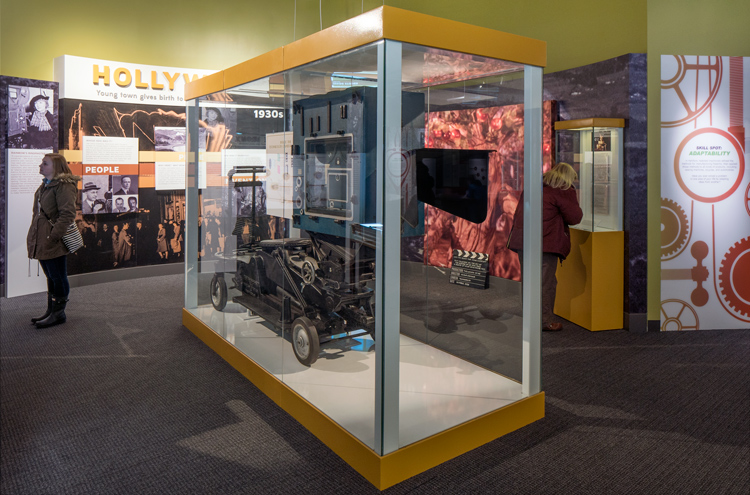 Oil strikes, real estate booms, and industrial jobs fueled a population explosion of more than 1,500 percent in Los Angeles County between 1900 and 1940. The cheap land, varied scenery, mild climate, and reliable sunlight of Hollywood had enticed most of the American film industry to move west. Supporting technologies invented in East Coast labs—including methods of making color motion pictures—made their way west, to the soundstages of Hollywood’s "Golden Age" in the 1930s. 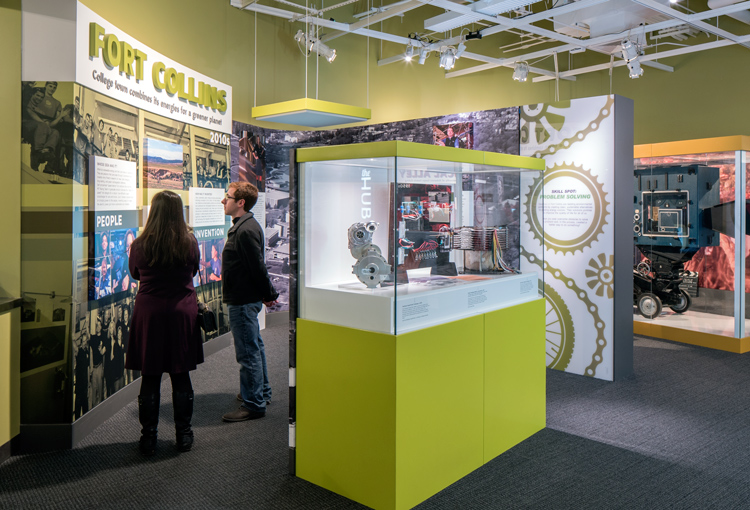 Situated where the plains meet the Rockies, Fort Collins, Colorado, is known for its abundant natural resources, good agricultural land, and outdoors lifestyle. The city is also gaining a reputation for breakthrough inventions in clean energy and socially responsible innovation. Colorado State University, the city, and community businesses actively pursue collaborations that result in local innovations with global impact. Seen as a place where a person can make a difference while enjoying life, Fort Collins is one of America’s newest places of invention.

We gratefully acknowledge the generous donors whose support made this project possible: National Science Foundation, Intel, the Charles Stark Draper Laboratory, Inc., and the Lemelson Foundation. 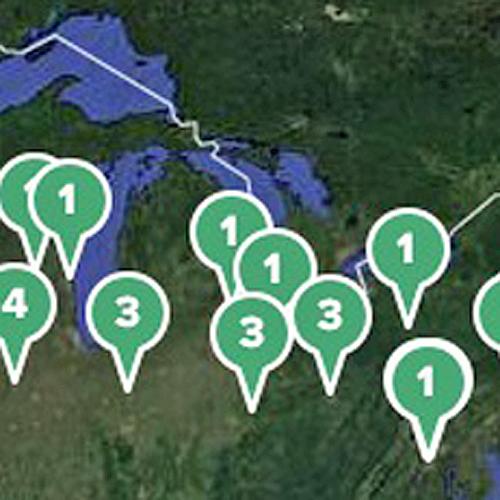 Tell Us Your Places of Invention Stories!

Know about a place of invention where you live? Add it to the Places of Invention interactive map! Or explore places that other people have shared. The world is an inventive place! 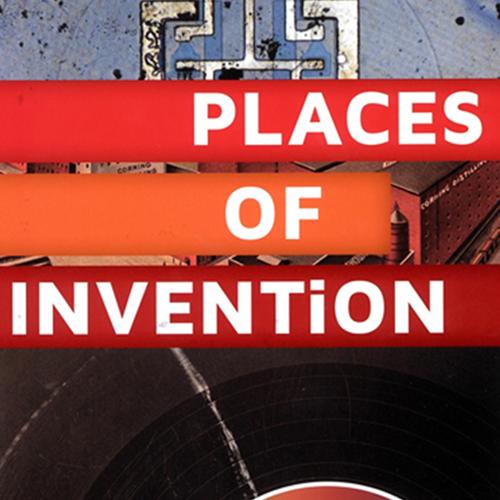 Places of Invention Comes to a Bookshelf Near You

What Do the Bronx, Silicon Valley, and a Colorado College Town Have in Common?

"Places of Invention" opens in just a few weeks! Get a preview of the six case studies--and find out a way that you can add your own story.