In an early Lemelson Center program, a young MIT researcher, James McLurkin, explains how his robots work like a group of ants.

James McLurkin was a young researcher at MIT's Artificial Intelligence Lab, where he was helping push the frontiers of robotics by combining ideas from engineering with biology. His robotic ants can work together to accomplish tasks. Hear what he had to say in 1995 and again in 2006. 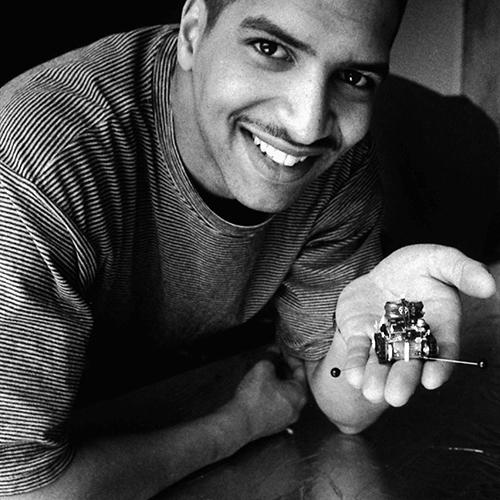 Innovative Lives: Question Everything and Never Give Up: The Story of Inventor James McLurkin

What turns geeks, dorks, and dweebs—fanatics of the attic and garage—into the movers and shakers of the world?