Re-Discovering the Lost Art of Tinkering

My wife Emma took a picture of her broken dresser with the missing middle drawer. It’s a scornful reminder of my mechanical ineptitude.

My wife Emma took this picture of her broken dresser with the missing middle drawer. It’s a scornful reminder of my mechanical ineptitude. 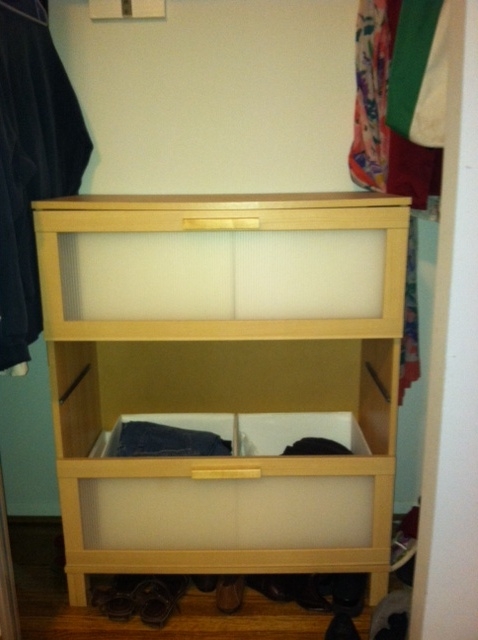 An un-repaired dresser with missing drawer. It mocks me.

One day last year, the middle drawer started sticking. I attempted to fix it, but it was a bad scene—mangled metal tracking and ball bearings rolling all over the floor. Emma quickly sized up my limited abilities and put the broken drawer out on the curb on garbage day—it would end up in a landfill. Eventually, Emma will lose patience with this two-drawer dresser and it will get discarded too.

Maybe it’s a cliché that a bookish historian like me is not so mechanically inclined. But this episode got me thinking about the lost art of tinkering, sustainability, and what it might mean for future generations of inventors.

The history of invention is filled with stories of young inventors honing their mechanical abilities by fixing broken stuff. For example, as a young girl, toy inventor and GirlTech CEO Janese Swanson learned to repair her family’s broken appliances because they lived on a tight budget. She discovered that tinkering was fun—she later took apart an old mechanical typewriter and re-arranged the keys so she could type in her own secret code! This kind of tinkering is basic training for inventors. Through tinkering, budding inventors come to understand the properties of motors, gears, and electrical circuits. They sharpen their manual dexterity and what Eugene Ferguson has called the “mind’s eye”—the ability to envision various technical configurations in the inventor’s imagination prior to actually building them.

We used to be a nation of tinkerers—just ask two of our former Lemelson Center Fellows. As Kathy Franz has observed, tinkerers reinvented the early automobile, developing new accessories to customize their famously standardized and mass-produced Ford Model T’s. Similarly, Kristen Haring, has described the fraternal technical community that coalesced around tinkering HAM radio operators between the 1930s and 1970s. In both of these examples, tinkering was more than just a technical matter. It was a hobby, a means of self-expression, and the genesis of new social communities. Tinkering was not just practical—it was pleasurable.

Since then, it has become more difficult for the average person to be a successful tinkerer. This isn’t entirely our fault. In the 1920s, Ford’s competitor, General Motors, famously adopted a strategy of planned obsolescence, in which the firm introduced the now familiar “annual model change.” Thus, instead of tinkering and fixing up your old car, consumers were enticed to trade up and buy a new car. This strategy now permeates the world of personal computers, software, and consumer electronics. If a laptop computer or cell phone lasts more than five or six years, it’s a dinosaur. And good luck trying to get Microsoft to support Windows XP or any operating system more than one or two generations old. As our technologies have become more complex while changing more rapidly, they have also become more disposable. As a consequence, many of us never learned the importance of tinkering (see Hintz, chest of drawers).

This does not bode well for our economy or the sustainability of our planet. If changes in our patterns of consumption have discouraged tinkering, then we are denying future inventors both the opportunity and the raw materials for their hands-on training. Plus, when people like me do not repair their broken things, they end up in landfills while straining our supply of natural resources to produce their replacements. It’s something of a Catch-22. Our policymakers encourage investments in research and innovation to help us dig out of a looming environmental crisis. And yet, that quest for relentless innovation, the drive for more and more new things, discourages the very culture of tinkering that would train the next generation of inventors who will be expected to invent us out of trouble.

Fortunately, our society is rediscovering the lost art of tinkering. In our current era of fiscal austerity and environmental awareness, consumers are now more inclined to fix their broken things, rather than buying replacements. A series of grassroots “fixer collectives” have sprung up all over the world; for example, in Amsterdam, the Dutch government has underwritten bi-monthly "Repair Cafés" where the mechanically challenged can have their appliances repaired free-of-charge by volunteer tinkerers who just like to fix things. Web-based businesses like RepairClinic.com now stockpile and sell discontinued appliance parts and provide troubleshooting guides to help DIYers fix their household items. And a half dozen Tech Shop franchises have sprung up in major cities, in which aspiring inventors can pay a monthly membership fee to tinker with the shop’s tools and equipment. Meanwhile, in the realm of sustainability, the ethos of tinkering is gaining wider cultural traction, as the traditional three Rs have been supplemented by a fourth (Reduce-Reuse-Recycle-REPAIR). There’s even a children’s song about it. 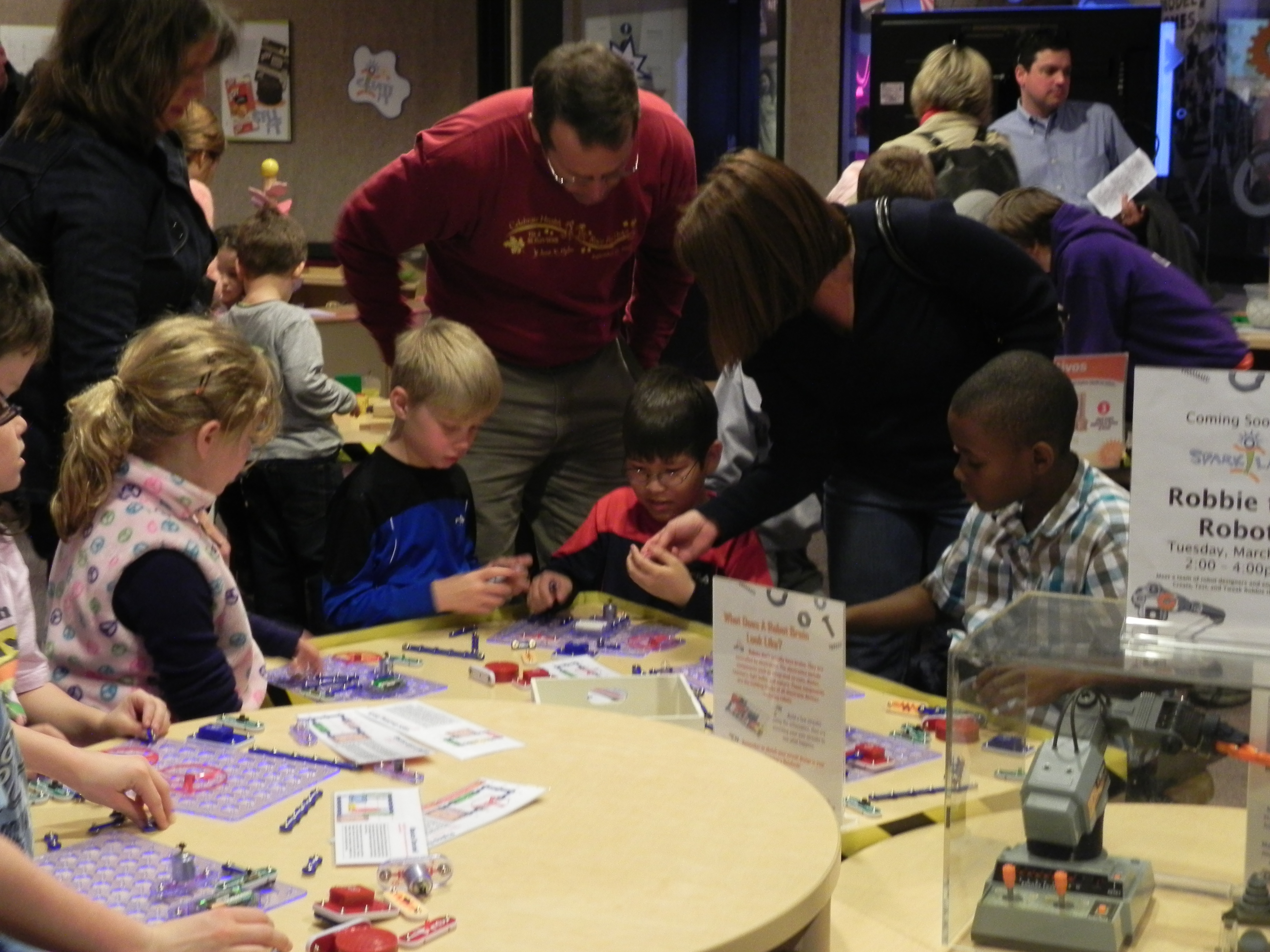 Kids and families are encouraged to tinker in Spark!Lab. Photo by Kate Wiley.

Here at the Lemelson Center, we try to foster this attitude among our visitors, especially in Spark!Lab. We want our visitors to get their hands dirty, to try things, to break something and re-build it, to experience the pleasures of tinkering. In our own way, by providing an environment where tinkering can flourish, we are helping build a nation of future inventors.

But these lessons are obviously lost on me. Just ask my wife, whose clothes are in a pile on the floor.