Examining the life and work of Solomon “Sol” Adler (1901-1989), an American-born inventor of sewing machines, provides a glimpse of one invention space.

We talk a lot about “place” of invention these days in the Lemelson Center. Center staff is exploring this topic for an upcoming exhibit titled Places of Invention. The exhibit will take visitors on a journey through time and place to meet people who lived, worked, played, collaborated, adapted, and took risks in order to solve problems and create new solutions. But what does a place of invention look like? Examining the life and work of Solomon “Sol” Adler (1901-1989), an American-born inventor of sewing machines, provides a glimpse of one invention space.

Adler’s personal papers, which are housed at the National Museum of American History’s Archives Center, contain numerous sketches and drawings demonstrating his precision as a draftsman. They provide insight into the drawing abilities he later used to prepare patent drawings. Adler also enjoyed metalworking. An expert machinist and toolmaker, his home workshop boasted a geared lathe, tilling head machine, drill press, bench grinder, and an assortment of hand tools. Living in New York City did not afford much room for a home workshop—some of this equipment and tools was set-up in closets! Adler, who devoted most of his inventive life to improving sewing machines, moved to Japan in 1954 to work for Brother International Corporation (BIC), a subsidiary of the Nippon Company, as a consultant. At BIC, Adler solved certain design and operational problems the company was having in developing a zigzag sewing machine for sale in the United States. While in Japan, Adler created this pencil sketch of his workshop, circa 1955. It depicts his vision for his “place of invention” and how it would be organized. 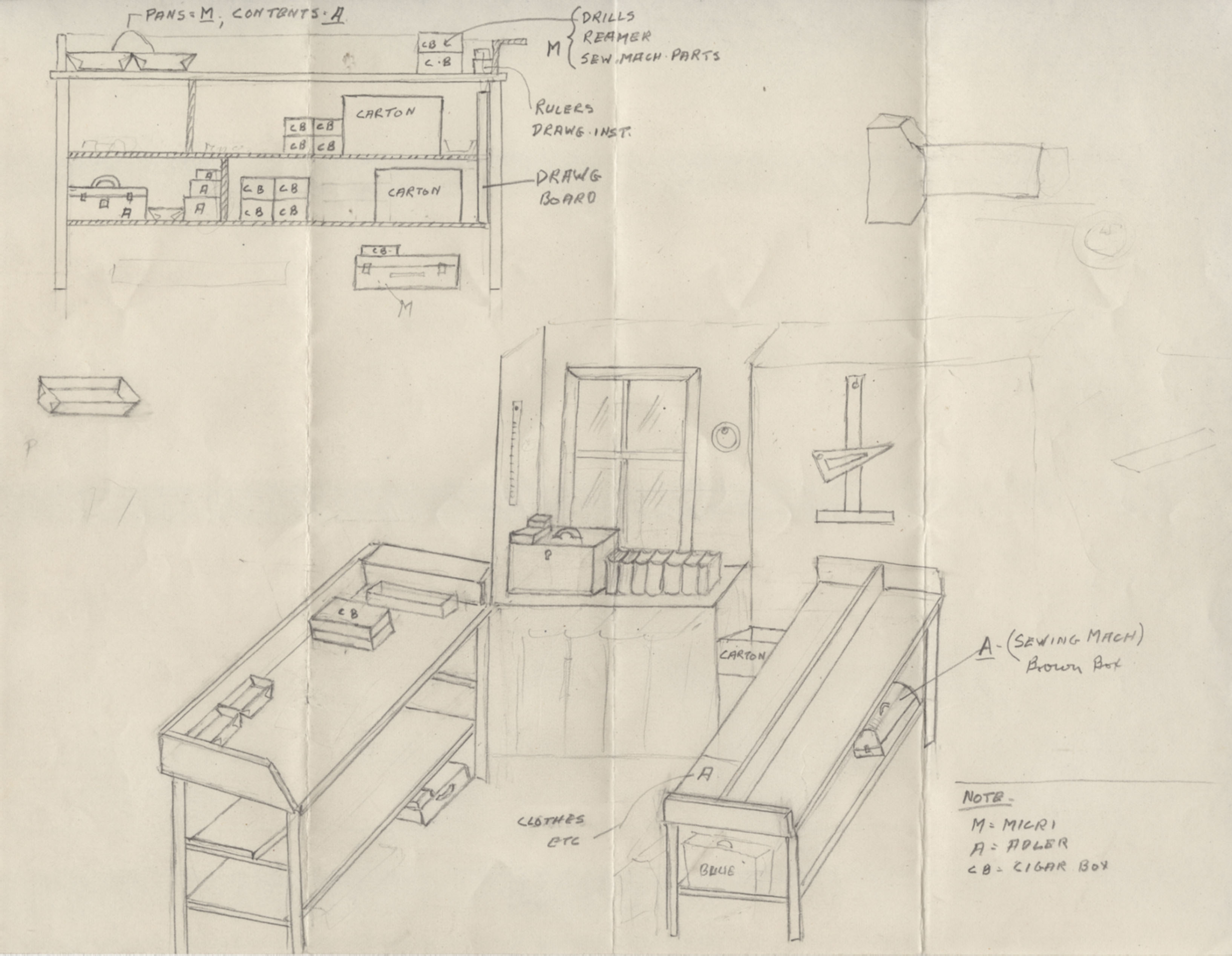 The same precision Adler used in his drawings is evident in his workshop. Tools and containers are precisely placed and labeled indicating he appreciated the economy of the space and how to make it function efficiently. Note Adler’s use of cigar boxes to organize his many and diverse machine parts. And, Adler (noted as “A” on the drawing) intended to share his place of invention and collaborate with someone named “Micri.” I don’t know if this workshop was ever realized, but Adler certainly captured it well on paper. Visit our website for more stories about invention and to learn more about Places of Invention. 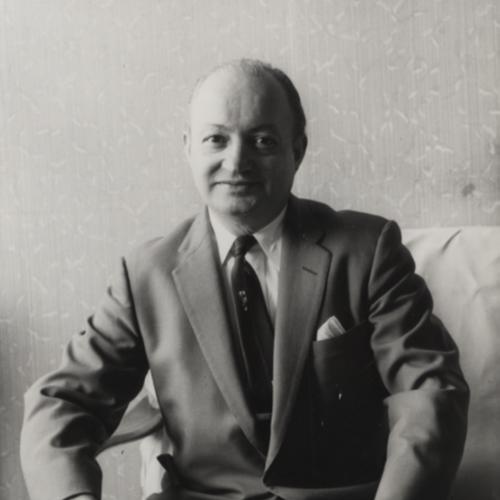 Sol Adler's portfolio of inventions, books, and theories are broad and impressive.