Arthur Ashe was the first African American tennis player to win the Wimbledon Men’s Singles Championship. This is his Prince tennis racket dated 1975. Gift of Arthur R. Ashe, Jr., courtesy of the Division of Culture and the Arts, National Museum of American History, Smithsonian photo 95-5507-8

The engineer behind Head skis and Prince tennis rackets revolutionized both sports.

I’m what you might call a “recreational sports dabbler.” Since childhood, I have enjoyed sampling a wide array of athletic activities, even as a vintage 1970s girl who didn’t have nearly as many role models or as much coverage of women’s sports to read as girls do now. I’ve briefly tried everything from archery, basketball, bowling, and canoeing, to Frisbee, golf, ice skating, ping pong, and pool, to running, skiing, swimming, soccer, softball, tennis, and volleyball. I even once tried the Winter Olympic sport of curling!

Why am I telling you this? Well, like anyone who tries a new activity, I quickly realized how much harder each sport was than it looked when played by professionals. So I could relate to the story of Howard Head (1914–1991), an aircraft engineer who used his knowledge and skills to invent better sports equipment—specifically skis and tennis rackets—for dabblers like him and me.

Howard Head was born to Dr. Joseph Head and Anne Wilkinson Head in Philadelphia on July 31, 1914, just a few days after World War I officially began in Europe. He earned a BA in Engineering Sciences at Harvard University in 1936 and, after a couple of years of random jobs, he joined the engineering department at the Glenn L. Martin Company near Baltimore, Maryland, which produced many important military aircraft, especially during World War II and the Cold War. (It later merged into what is now the Lockheed Martin Corporation.) The same year, 1939, he married writer Anne Wales Christensen with whom he had one child, Nancy. Sadly, they divorced when their daughter was only three years old. (As a side note, Anne went on to mentor famous novelist Pat Conroy.)

Head was a lifelong tinkerer, thinking about how to solve problems using the structural principles and materials from his experience as an engineer. “I invent when it’s something I really want. The need has to grow in your gut. People who go around trying to invent something generally fall on their tails. The best inventions come from people who are deeply involved in trying to solve a problem.”1 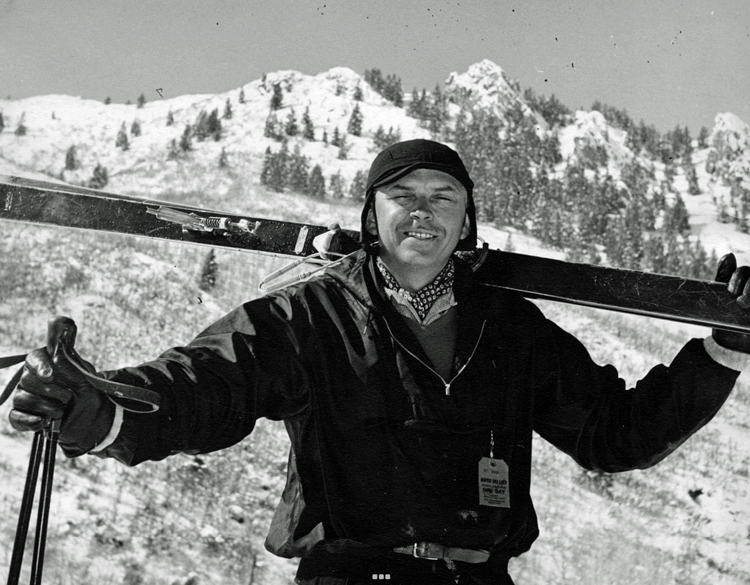 When Head first tried downhill skiing in 1947, he felt frustrated because he kept falling. He partially blamed the existing heavy, awkward wood skis for making the sport too hard. So he thought about how to design lighter, more flexible skis using metal-sandwich construction, which was common in the aircraft industry. Head envisioned skis made with two lighter layers of aluminum bonded to walls of thin plywood and filled with honeycomb plastic.

To test his early pairs of skis, Head took them to Stowe, Vermont, where he had learned to ski, and asked instructors to try them out on the slopes. Each time the skis broke, but he learned something new, made tweaks, and didn’t give up. Throughout the winter Head kept making pairs for supportive pro skier Neil Robinson to test, finally coming up with a design that was as strong as wooden skis but much, much lighter—and they no longer broke.

However, they weren’t perfect. To strengthen the skis further, he swapped out the honeycomb plastic for plywood cores. Also, the aluminum bottoms of the skis froze up and snow would build up on them. So Head covered the bottoms of the skis with plastic that could be waxed; eventually, he also covered the tops and sides of the skis with the same plastic. Another problem was that the skis’ aluminum edges dulled quickly. To harden them, he changed them to razor-hard steel edges bonded onto the skis. 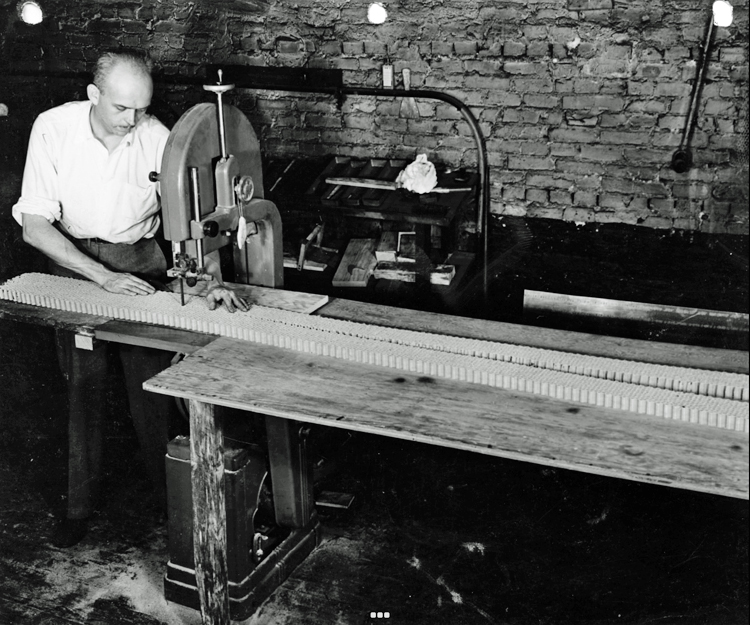 Head allegedly used $6,000 in poker winnings and money borrowed from friends to go into business making skis with three part-time associates, Frank Kaminski, Pete Myer, and Joe Waldych. Head said, “Not knowing any better, I assumed I could make a better ski out of aircraft materials than wood. It turned out to be harder than I thought. It took 40 versions before I came up with the ski that would work, and that was three years later.”2

In 1950, his company introduced the new Head ski commercially, and it was soon dubbed “the cheater” because so many more people could go downhill skiing safely and easily. Head earned US Patent 2,694,580 for it in 1954. His sandwich-construction skis quickly became the standard for the sport, both for recreational and professional skiers. In 1964, a pair of Head skis were worn by US skier Jean Saubert to capture three medals in the Olympics, and two years later most of the top racers used Head skis. Head capitalized on the popularity by forming Head Sportswear International, when the Head Ski Company was already grossing $25 million annually in global sales. 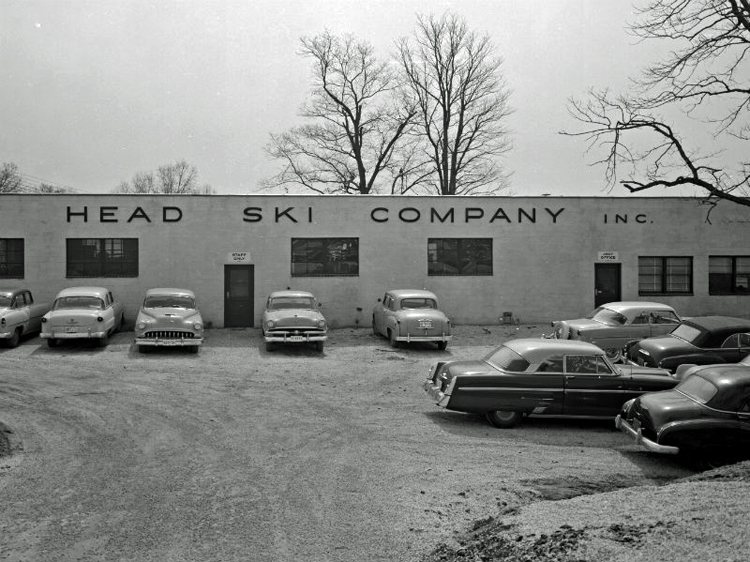 But he wasn’t done yet with sports. After selling his ski company to AMF, Head became chairman of the board for Prince Manufacturing, Inc. in 1971, and also took up a new hobby—tennis. Again he partially blamed the equipment for his difficulties playing the game. “’I found the racket twisted in my hand on an off-center hit,’ he explained. ‘And since I couldn't improve my own athletic skills, I set out to design a racket that would be more stable to an off-center hit.’”3

His experimentation this time led to the development of the Prince Classic tennis racket, which was made lighter and more flexible using aluminum, but was also initially derided by sports purists as a “snowshoe” for its oversized racket head. That said, recreational tennis players loved it because of its light weight, huge sweet spot, and resulting increased power. African American tennis pioneer Arthur Ashe adopted a Prince tennis racket around 1975. Professional players really took notice when, at the 1978 US Open, 16-year-old Baltimore native Pam Shriver shocked the tennis world by using a Prince racket to beat top-seeded Martina Navratilova and then coming a close second to Chris Evert in the finals.

According to a company history, “Prince captured its 30 percent U.S. market share and nearly 25 percent global market share during the late 1970s and early 1980s by selling its line of 108-inch rackets. Besides generating more sales from rackets than any other manufacturer in the world, Prince was able to generate some of the highest profit margins in the industry because its rackets were protected by [US Patent 3,999,756].”4

Head retired in 1982 after Chesebrough Pond's bought Prince (of which he owned a controlling share) for $62 million. He spent his later years doing philanthropic work in Baltimore and Aspen, Colorado, with his second wife, Martha “Marty” Becker Fritzlen, whom he married in 1984. For his innovative contributions to sports, Howard Head was elected to the US National Ski and Snowboard Hall of Fame in 1979 and, after he died, was also inducted into the US National Inventors Hall of Fame in 2017. 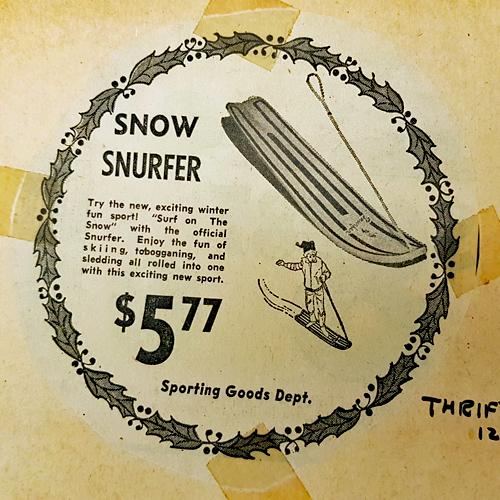 A look at the slippery slope of commercializing an invention.