When you think about sports, invention may not be the first thing to come to mind. The Lemelson Center hopes that may change through a new exhibition that will explore how innovation and ingenuity have continuously driven and shaped athletic endeavors. As we develop the exhibition, we realize we can’t include all the inventions that have literally been game changers. Consider, for example, high performance gear like the drag-reducing Speedo LZR swimsuit, banned as “technological doping”; recently invented sports, such as Segway Polo; athlete-inventors such as Marilyn Hamilton, creator of the Quickie wheelchair; or innovative techniques like the Fosbury Flop, a twisting, head-first, back-to-the-bar style of high jumping. So we sought to find out which ones our visitors considered most meaningful and engaging.

Gathering data about what our visitors think will greatly inform our exhibition, from the stories we decide to tell to the concepts and experiences we include. Our first step was to undertake an unconventional approach to test-drive some exhibit ideas with our visitors. We wanted to know what resonated with them and what piqued their curiosity. Were we on top of our game, with a good read on what was important and intriguing? Or were we, like a near-sighted referee, missing something significant?

Popular cards from a deck created to test audience response to an exhibit on invention and sports. Museum visitors connect to exhibit content in different ways. While some engage in stories about people, others enjoy pondering broad concepts, looking at objects, or participating in an interactive experience. © Smithsonian Institution; photo by Lemelson Center

The Lemelson exhibition team used a visitor-centered approach that the Smithsonian developed to help gauge general appeal and engagement. The approach is based on visitor studies that found that museumgoers engage in exhibition content based on individual preferences, be they a strong connection to ideas, people, objects, physical experiences, or some combination thereof. An appealing, impactful, and successful exhibition is truly inclusive, engaging visitors of all learning preferences, not just those interested in, say, objects or ideas.

The Lemelson team created a deck of cards—four suits with 12 cards per suit—about the exhibition. Developing the deck helped (forced!) us to think more equitably about innovation in sports and different ways in which to engage visitors in the topic. The suits corresponded to the learning preferences of visitors (ideas, people, objects, and physical experiences) and the cards conveyed examples of concepts and content we potentially wanted to include in the exhibition. Then we took our sporting invention cards to the museum floor.

Left to right: a People card, Idea card, Object card, and Physical Experience card. The Lemelson Center created a custom deck of cards to gauge audience engagement in an exhibition on sports and innovation. Suits in the deck corresponded with different visitor learning preferences. © Smithsonian Institution; photo by Lemelson Center

Visitors who participated in the game were first asked to separate out cards they found interesting from those they did not. The discards were put aside and those of interest were sorted into categories created by the visitor. Once the cards were grouped, participants then named their categories. In the last step, visitors selected the card they considered most important. We surpassed our goal of 50 participants, collecting data from more than 65 visitors.

The visitors’ overall positive response to the card sorting activity confirmed general public interest in an exhibition on invention and innovation in sports; many participants were excited to think about invention as applied to sports and expressed interest in attending the eventual exhibition. Participants were genuinely engaged in the card sorting activity, taking care in their card selection and categorizing. As evidenced by the different ways in which they categorized the same card, it was interesting to see they didn’t think about the topic in exactly the same way. While participants found the deck comprehensive and the cards apropos to the topic, many admitted they were unaware of the role innovation has played in the history and evolution of sport.

We found that visitors generally had at least some knowledge of sports and most could readily relate to the topic. Even those who confessed they were not “sports fans” engaged in the subject because it raised issues which were important to them. We were most pleased by the crossover appeal of the topic and the multiple ways in which participants connected to it.

Through a more formal evaluative process, the Lemelson team is gaining more substantive insights about our visitors to better inform our exhibition design. But our informal testing has shown that the exhibition has great potential to expand visitors’ understanding of sport, and of invention and innovation, as well as enhance their understanding of the larger narrative of American history, one that reflects the country’s insatiable desire for game-changing ideas and new ways of doing things. 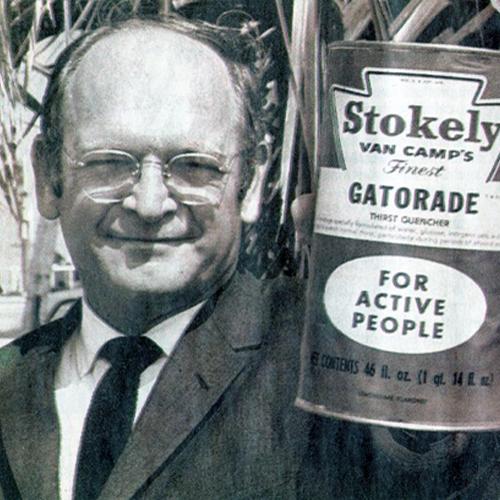 The Sporting Invention exhibition team is using the IPOP framework to test which Ideas, People, Objects, and Physical experiences might resonate with visitors.