Dr. Ellen Ochoa, a veteran astronaut shown here on the flight deck of the space shuttle Atlantis on April 15, 2002, is currently the 11th director of NASA’s Johnson Space Center. Courtesy of NASA

As part of the Smithsonian's celebration of Hispanic Heritage Month (September 15-October 15), I have enjoyed conducting research on historical and contemporary Hispanic inventors and innovators. I was surprised initially by the limited information available in peer-reviewed publications, credible online sources, and research data sets. Fortunately, the more I search, the more stories I unearth of Hispanic engineers, scientists, and other specialists developing inventions and innovations in fields ranging from aerospace and information technology to chemical engineering and medical devices. I am slowly compiling a database that hopefully will provide the basis for more in-depth research on Hispanic inventors and innovators for publications, programs, and exhibitions at the Smithsonian and beyond.

For now, I would like to share a few intriguing stories, primarily of people who have been documented at the Lemelson Center so far.

Let’s start with inventor Victor Leaton Ochoa, who was a fascinating character to say the least. Born in Ojinaga, Mexico in 1850, he moved to Texas and later lived in New York and New Jersey, becoming a US citizen in 1889. His primary invention was the “Ochoaplane,” created around 1908-1911, which underwent several designs over the years, starting with a simple version mounted on two bicycle frames, with a small motor in between, that weighed only about 250 pounds. A later version, shown here, had a framework of steel tubing with wings that he wanted to construct so they could fold back and over the plane so it could be stored in a barn or garage. Other inventions he patented in the US included: a reversible motor (US Patent 718,508), a “pen for fountain pens” (US Patent 825,153), rail magnetic brakes (US Patents 867,147 and 873,587), a windmill (US Patent 1,319,174), and wrenches (US Patents 1,417,196 and 1,454,333).

In addition, he was a journalist, writer, union leader, and political activist. Ochoa became most notorious as a Mexican revolutionary; in the 1890s, he had a $50,000 bounty on his head, to be delivered dead or alive to President Porfirio Díaz of Mexico! Ochoa ended up in prisons in the US for cross-border activities that violated US neutrality laws (he later escaped and was recaptured). When not in prison, he was busy filing for US and international patents and even incorporated the International Airship Company in Patterson, New Jersey, presumably to manufacture his Ochoaplane. In 1936, Ochoa returned to Sinaloa, Mexico, where he reportedly died nine years later. We are fortunate to have his papers in the Archives Center at the National Museum of American History. His life story would make a great Hollywood movie. 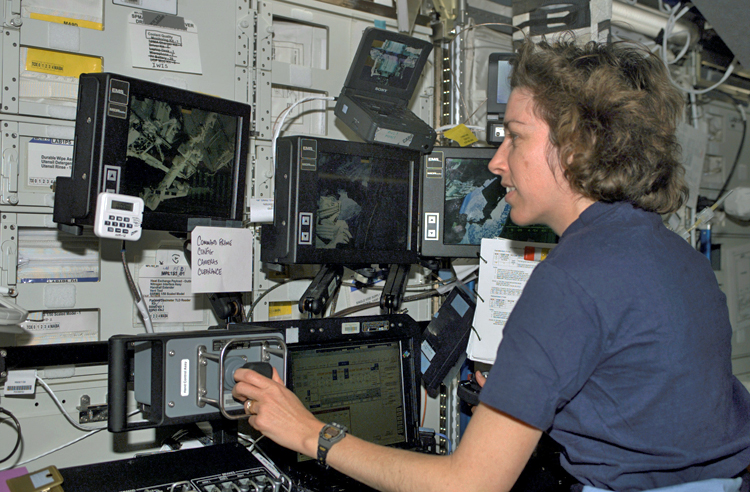 Born in Los Angeles, California in 1958, Ellen Ochoa is probably the best known example of a successful Hispanic inventor and innovator. With an undergraduate degree in physics and a master’s and doctorate in electrical engineering, she served as a researcher at Sandia National Laboratories and NASA’s Ames Research Center and is the co-inventor of three optics-related US Patents (4,674,824, 4,838,644, and 4,949,389). However, more famously, Ochoa was the first Hispanic woman astronaut, participating in four space shuttle flights for a total of 978 hours in space. Her first trip was a nine-day mission in 1993 to conduct atmospheric and solar studies from the space shuttle Discovery, which you can visit at the Smithsonian’s Udvar-Hazy Center. The following year she was the Payload Commander on the Atlantis mission. She returned to the Discovery in 1999 to help perform the first shuttle docking to the International Space Station, and her final flight was on Atlantis in 2002.

In 2012, Ochoa became the first Hispanic and second woman to be named Director of NASA’s Johnson Space Flight Center in Houston, Texas. Not only has she won numerous awards for her pioneering career and been inducted into both the California Hall of Fame and the US Astronaut Hall of Fame, but also she has six schools named after her in four US states. How many inventors can claim that?! More than two decades ago, and only three years after her first space flight, Ochoa spoke about her life and inventive career with middle-school students at a 1996 Innovative Lives program at the Lemelson Center. Ochoa was also featured in the Smithsonian Latino Center’s Our Journeys/Our Stories traveling exhibition alongside Mexican innovator Mario J. Molina, winner of the 1995 Nobel Prize in Chemistry with Paul J. Crutzen and F. Sherwood Rowland “for their work in atmospheric chemistry, particularly concerning the formation and decomposition of ozone.”

In 2005, the Lemelson Center featured Mexican graduate student inventor José Luis Hernández-Rebollar in our Innovative Lives program series. He spoke with students about his development of the AcceleGlove—an electronic glove that translates sign language into written and spoken form. Born in Puebla, Mexico in 1969, Hernández-Rebollar earned his bachelor’s degree in electronics from the Benémerita Universidad Autónoma de Puebla (BUAP) and his master’s degree in electronic engineering from the Instituto Nacional de Astrofísica, Optica y Electrónica. Courtesy of a Fulbright scholarship, he came to the US to earn a PhD in electrical engineering at George Washington University, where he received two US Patents (7,565,295 and 8,140,339) both for a “method and apparatus for translating hand gestures” for the AcceleGlove. Unfortunately, there isn’t a lot of detailed information about his invention career since then but, according to his 2017 TEDxBuap biography, Hernández-Rebollar returned to his native country and is now a professor and researcher at his undergraduate alma mater. 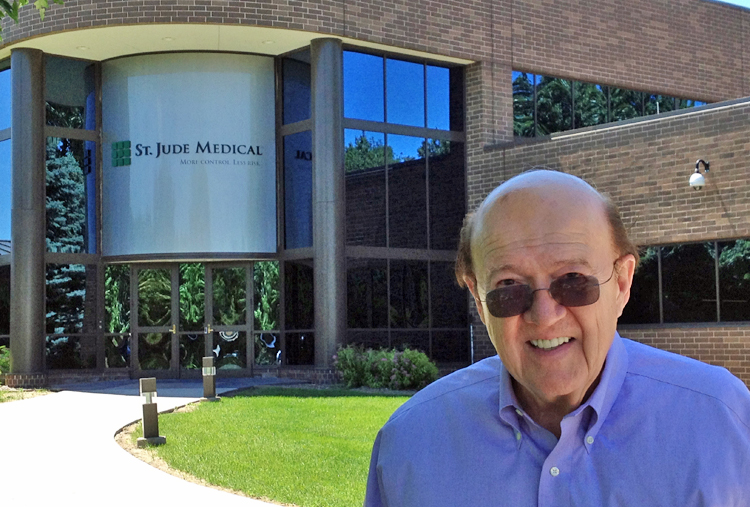 A more recent Lemelson Center connection was made with Manuel “Manny” Villafaña, who is briefly highlighted in the Center’s Places of Invention exhibition and whose papers are in the Archives Center along with his heart valve collection housed in the Museum’s Division of Medicine and Science. The son of Puerto Rican immigrants, he was born in 1940 and grew up in the Bronx, New York, where he received a diploma from Cardinal Hayes High School. As a successful medical salesman at Picker International, Villafaña was recruited by Medtronic co-founder Earl Bakken (also featured in Places of Invention) and relocated to Minneapolis, Minnesota. In 1971, Villafaña left to set up rival company Cardiac Pacemakers Inc. to develop a cardiac pacemaker using a new lithium battery invented by engineer Wilson Greatbatch (who was featured in another 1996 Innovative Lives program). Since then Villafaña has continued to be an innovator (with several patents) and a serial entrepreneur, founding another major company, St. Jude Medical—know for the St. Jude valve—as well as ATS Medical and several smaller companies. Most recently, Villafaña started a new venture, Medical 21, which aims to develop artificial blood vessels as a safer, less invasive alternative for coronary artery bypass graft surgeries.

Returning to the topic of Nobel Prize winners, besides chemist Mario Molina mentioned above, there are several Hispanic Nobelists in the sciences who deserve recognition. California-born Luis W. Alvarez was the sole winner of the 1968 Nobel Prize in Physics “for his decisive contributions to elementary particle physics, in particular the discovery of a large number of resonance states, made possible through his development of the technique of using hydrogen bubble chamber and data analysis.” He was also the first Hispanic inductee into the National Inventors Hall of Fame in 1978 for his “radio distance and direction indicator” (US Patent 2,480,208). Venezuelan Baruj Benacerraf won the 1980 Nobel Prize in Physiology or Medicine with Jean Dausset and George D. Snell "for their discoveries concerning genetically determined structures on the cell surface that regulate immunological reactions.” And there are two Argentinian Nobelists in Physiology or Medicine: Bernardo Houssay, co-winner with Carl and Gerty Corti in 1947 "for his discovery of the part played by the hormone of the anterior pituitary lobe in the metabolism of sugar," and César Milstein, who shared his award in 1984 with Niels K. Jerne and Georges J.F. Köhler "for theories concerning the specificity in development and control of the immune system and the discovery of the principle for production of monoclonal antibodies." 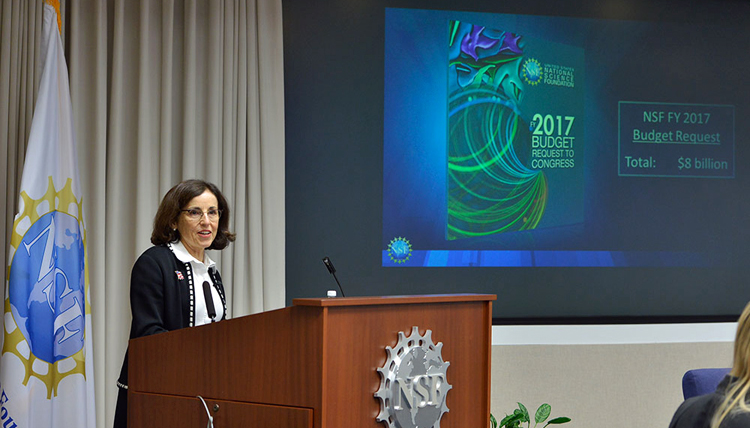 Of course there are many more inventors and innovators who merit further attention. For example, alongside Luis Alvarez, there are at least three other National Inventors Hall of Fame members who are Hispanic: Miguel Angel Ondetti, inducted in 2004 for captopril, the first of a new class of drugs known as angiotensin converting enzyme, or ACE, inhibitors (US Patent 4,105,776); Julio Palmaz, inducted in 2006 for the first commercially-successful intravascular stent, known as the Palmaz Stent (US Patent 4,733,665); and Alejandro Zaffaroni, inducted in 2012 for transdermal bandages for administering drugs (US Patent 3,598,122). Other notable names include astrophysicist France A. Córdova, the first women to hold the position of NASA Chief Scientist and now Director of the National Science Foundation; Mexican engineer Guillermo González Camarena, who invented an early color television transmission system; molecular biologist Lydia Villa-Komaroff, who conducted pioneering work in DNA technology and protein synthesis; and computer scientist Luis Von Ahn, a MacArthur Fellow who co-created CAPTCHA while a graduate student at Carnegie Mellon University and then invented ReCAPTCHA and Duolingo.

Please let me know if you have recommendations for additional Hispanic inventors and innovators to include in my database!

In putting together my thoughts for Hispanic Heritage Month, I called on my old friend Dr. Jose (Joe) V. Martinez.