Though not unexpected, the news still came as a shock: on January 19, 2012, the 132-year-old Eastman Kodak company filed for bankruptcy protection against its creditors.

Though not unexpected, the news still came as a shock: on January 19, 2012, the 132-year-old Eastman Kodak company filed for bankruptcy protection against its creditors. Unable to keep up with competitors, it was the victim of a major technological revolution—the shift from chemical film cameras to the digital camera. Ironically, Kodak engineers had invented several solid-state image sensors to convert light into digital images in the mid-1970s, and the company was among the first to promote digital photography for consumers. In fact, early on, they claimed a decent share of the digital camera market.

The problem was not due to any lack of enthusiasm for the new technology, but rather the inability to break with the old. Film manufacturing made the company what it was, and the firm was understandably reluctant to give up on it, living in the hope that film could never disappear. After all, Kodak was once one of the nation’s premier inventive companies, a laboratory of invention, and it had pushed film and film chemistry to their glorious limits. We, in turn, had become dependent on its products. Brand names like Kodachrome, Ektachrome, and Tri-X were once virtually household words. 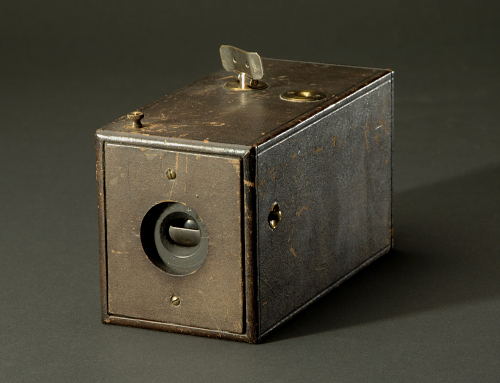 This Original Kodak camera, introduced by George Eastman, placed the power of photography in the hands of anyone who could press a button. Unlike earlier cameras that used a glass-plate negative for each exposure, the Kodak came preloaded with a 100-exposure roll of flexible film. After finishing the roll, the consumer mailed the camera back to the factory to have the prints made.

Eastman Kodak may find it difficult to emerge from bankruptcy, and a company that has been central to American industrial history may be lost. But, that’s capitalism, and it happens all the time. Yet, there would be a bigger loss to mourn—a large piece of American popular culture could be vanishing as well. Kodak was no ordinary company, but a fixture on the American landscape. Not only did its cheap, foolproof cameras with easy-to-load film rolls make photography available to the average American, the untold millions of images produced with the Brownie box camera and its successors uniquely recorded and shaped American popular culture for well over a century. 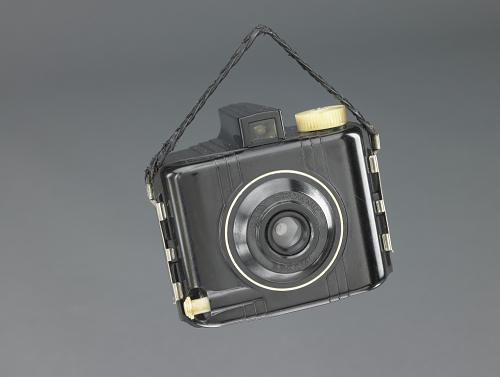 Popular from the 1939 World’s Fair into the 1950s, the Kodak Baby Brownie Special was a small black camera made of bakelite, with white shutter button and winding knob and featuring a braided strap. With a rigid view finder and focus-free lens, it produced eight 3¼ x 3 inch photographs from 127 film.

A few years ago, a real estate agent bought a shoebox-full of photos from a Chicago auction house, hoping to find images of old homes. They came from an unidentified storage locker containing thousands of photos. Instead of finding houses, the agent discovered strikingly beautiful images of Chicago street life from the 1950s to the 1990s. Last year he finally identified the photographer through her obituary. Dead at age eighty-three, Vivian Maier was not a professional photographer at all, but a nanny who took pictures on her days off. Her undiscovered talent is becoming known through a book, a documentary, and gallery shows in Chicago, New York, and elsewhere.

Almost all of us have had “Kodak moments,” encounters with photos of family and friends in some long-forgotten attic box—if not the material of art, the stuff of life. We cherish such moments. But I fear they will become much less common with shifts in technology. Of course a single digital camera can easily churn out images by the thousands, much more rapidly and efficiently than the traditional film camera. But it is nevertheless a mediated form. You need technology to view digital images, and that technology all too quickly becomes obsolete, and no one yet knows the true shelf life of electronic photos. Sure, they can be printed out, but it is far too easy to leave them in some compact digital form until they’re ready to be seen. Apart from the practical concerns, the mediated experience isn’t quite the same thing as discovering stacks of photos in an old box. 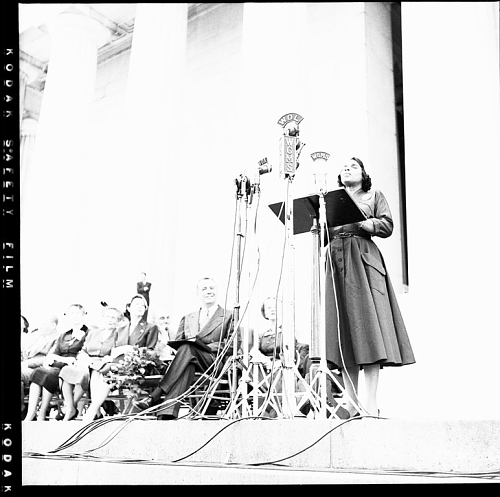 I am reminded of an episode from Mad Men, the television series about a Madison Avenue public relations/advertising firm in the 1960s. In a remarkable scene of industrial drama, Don Draper, the company’s quintessential pitchman, is trying to sell Kodak executives on an advertising campaign for their new slide projector, which they call the Wheel. Draper tells them that, while “newness” is a tried-and-true way to sell products, nostalgia can be just as powerful. The projector is not a spaceship, he insists, but a time machine. It takes us to a place where we ache to go again. It shouldn’t be called a wheel, he says, it’s a “Carousel.” “It lets us travel the way a child travels: round and around, back home again, to a place where we know we are loved.” On the verge of tears, the executives cannot resist and Draper wins the account. A made-up story, yes, but one with the ring of truth.

Fortunately, the George Eastman House in Rochester, New York, one of the world’s oldest and largest photo archives, preserves much of Kodak’s film legacy and, along with it, large pieces of American memory. Eastman Kodak has recently announced that it will stop making digital cameras as part of the restructuring of its business under bankruptcy. But maybe that news is not entirely regrettable. The company’s apparent return to its roots seems sound—seven of the nine films nominated this year for the best picture Oscar were shot using Kodak film. 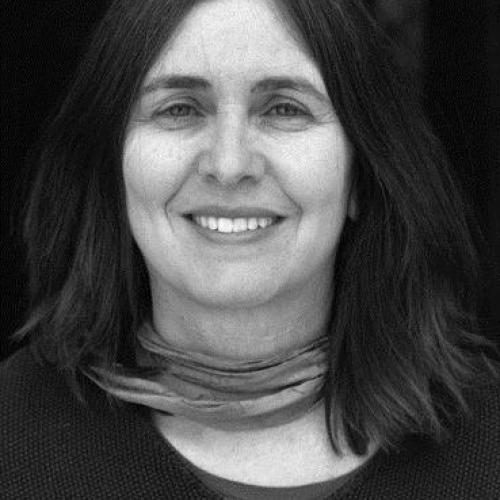 Where Art and Tech Meet

Over the years, photographer Peter Badge has never gone digital.This prompted me to reflect on the tools of photographers, human creativity, and machine “intelligence.”