The desire to increase the sound of the guitar existed long before the development of electrical amplifiers and speakers. Musical performances in the 19th century were characterized by ever-larger concert settings and ensembles. Musicians needed louder and more powerful instruments, which became possible by using new materials and designs. 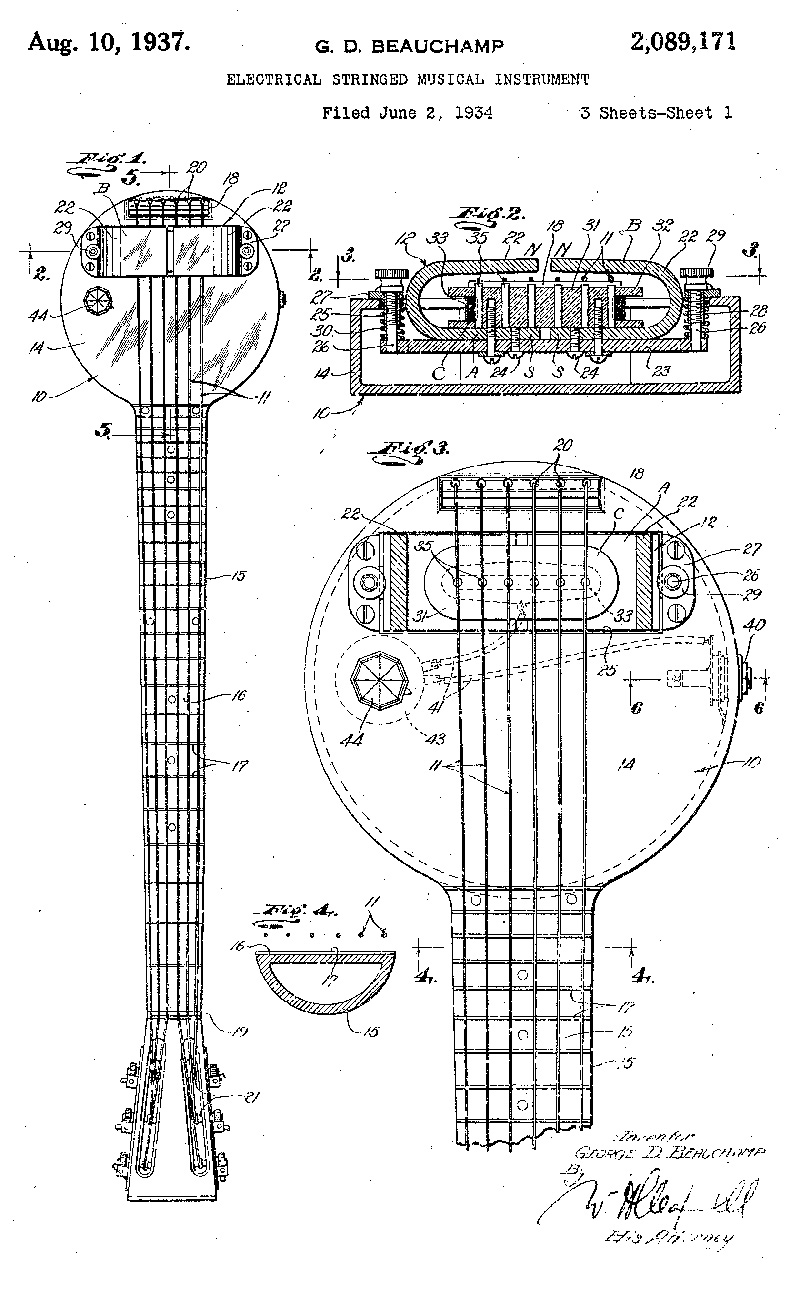 George Beauchamp's patent for the Rickenbacker Frying Pan, filed in 1934 and issued in 1937. US Patent office.

The introduction of steel strings in the 19th century meant not only greater volume, but greater tension on instruments. The traditional flattop guitar began to change in size and shape as a steel-string instrument. In addition, an entirely different design emerged, the stronger—and louder—archtop.

In the 1920s, as public dance music became more popular and the infant recording industry required high volume to capture a musical performance, guitar makers increased their efforts to develop ever-louder guitars. Some people continued experimenting with larger sizes and metal bodies; other innovators started to focus on electricity as a possible aid.

By the end of the 1930s, electronic amplification proved to be one of the most successful innovations for building a louder guitar, despite the misgivings of some traditionalists about the new technology. Country and jazz guitarists were among the first to champion the electric sound. Then in the 1940s and 1950s, players and makers began building Spanish-style electric guitars with solid wooden bodies, which led to new designs and new sounds.

The history of the electric guitar's development comprises a legacy of invention and innovation dating back well before the 20th century. Particularly since the introduction of the modern six-string Spanish-style guitar around 1800, there has been continuous interaction among guitar players and makers seeking ever-greater volume for their instruments.

By the 1850s, C. F. Martin had developed "X-bracing" to reinforce the guitar's body, as well as other innovationsleading to a new American flattop guitar design. In the 1890s, Orville Gibson's carved-body guitar not only increased its volume, it also set standards for instrument makers in the early 20th century and blazed the trail for the archtop guitar.

The quest for a louder guitar intensified during the 1920s with the advent of big band music, phonograph recordings, and commercial radio. To compete in these new markets, guitar makers began not only building larger flat top and archtop guitars, but increasingly experimenting with different materials and designs.

John Dopyera of the National String Instrument Corporation took the idea of acoustic amplification to its limit, designing a steel-body guitar with banjo-type resonator-amplifiers built into the top. 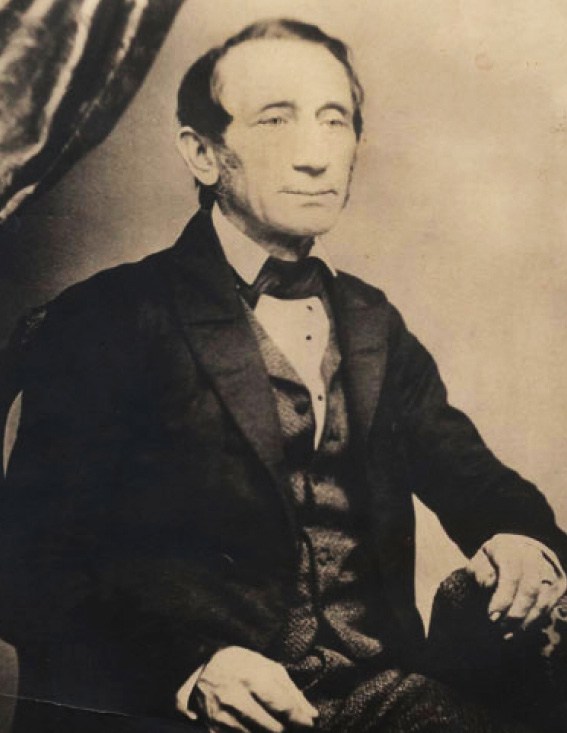 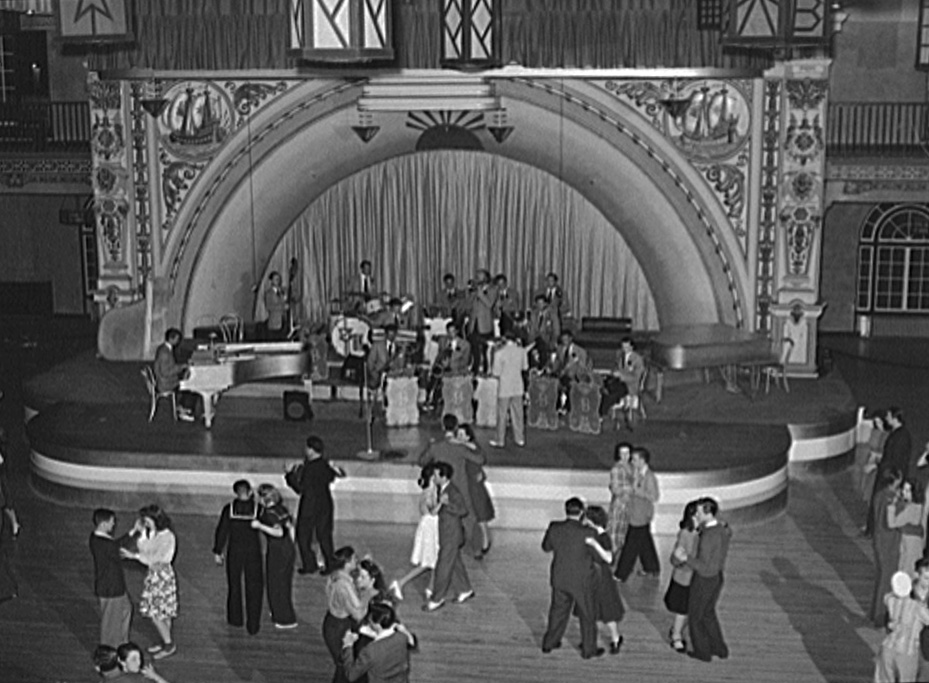 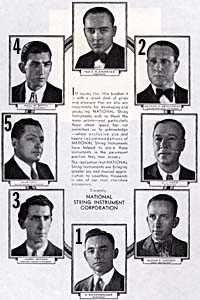 The idea of using electricity to create louder string instruments already existed by the end of the 19th century. But it was only during the 1920s and 1930s that engineers, makers, and musicians began to solve some of the challenges of electronic amplification.

Around 1931 George Beauchamp, working with Adolph Rickenbacker, produced an electromagnetic pickup in which a current passed through a coil of wire wrapped around a magnet, creating a field which amplified the strings' vibrations. Introduced on a lap-steel known as the Frying Pan, the pickup made this guitar the first commercially viable electric. 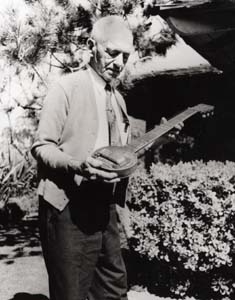 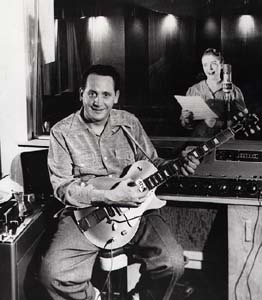 By the late 1930s other makers and players adapted the new technology to the more traditional Spanish-style hollow-body wooden guitars, but were troubled with distortions, overtones, and feedback—the amplification of vibrations in the body of the instrument as well as in the strings. Inventors began trying to address these sound difficulties by experimenting with solid, rather than hollow, guitar bodies. The Slingerland company commercially introduced a Spanish solid-body electric guitar in 1939. Around 1940, on an instrument dubbed "the Log," guitarist and inventor Les Paul mounted strings and pickups on a solid block of pine to minimize body vibrations. During the 1940s, Paul Bigsby and Leo Fender also began experimenting with Spanish-style solid-body guitar design.

During the early years of its existence, the electric guitar's viability as a "true" instrument was frequently debated. The instrument's detractors often claimed it did not produce a pure, "authentic" musical sound. Country and jazz musicians, most notably Charlie Christian, were among its first defenders, championing the electric guitar's louder sound and ability to compete with other melody instruments in ensemble performances.

Electric guitar pioneers of the 1930s and 1940s included artists such as jazzmen Eddie Durham and Oscar Moore, country pickers Noel Boggs and Merle Travis, and blues masters T-Bone Walker and Muddy Waters. All experimented with the instrument's tonal and harmonic possibilities. In the process, other musicians, makers, and audiences started to pay attention to the new electric sound.