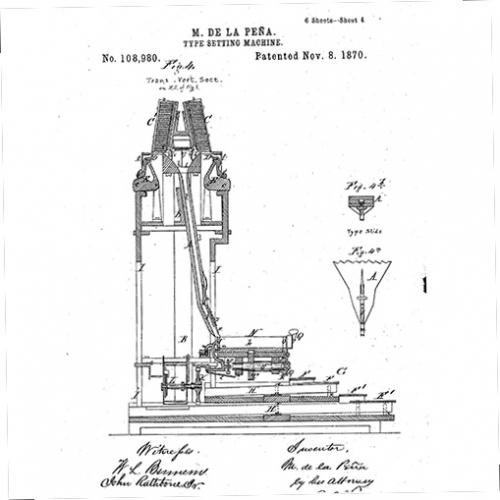 Little is known about the life of inventor Manoel de la Peña. His 1870 patent for a typesetting machine states that he was living in New York City, but was a citizen of Argentina.

The model shown here was submitted with his patent application. The invention allowed a typesetter to press one of the keys to release a piece of metal type. Gravity pulled the piece through the vertical slides on the machine to form a line of characters that could later be inked and printed with a printing press. 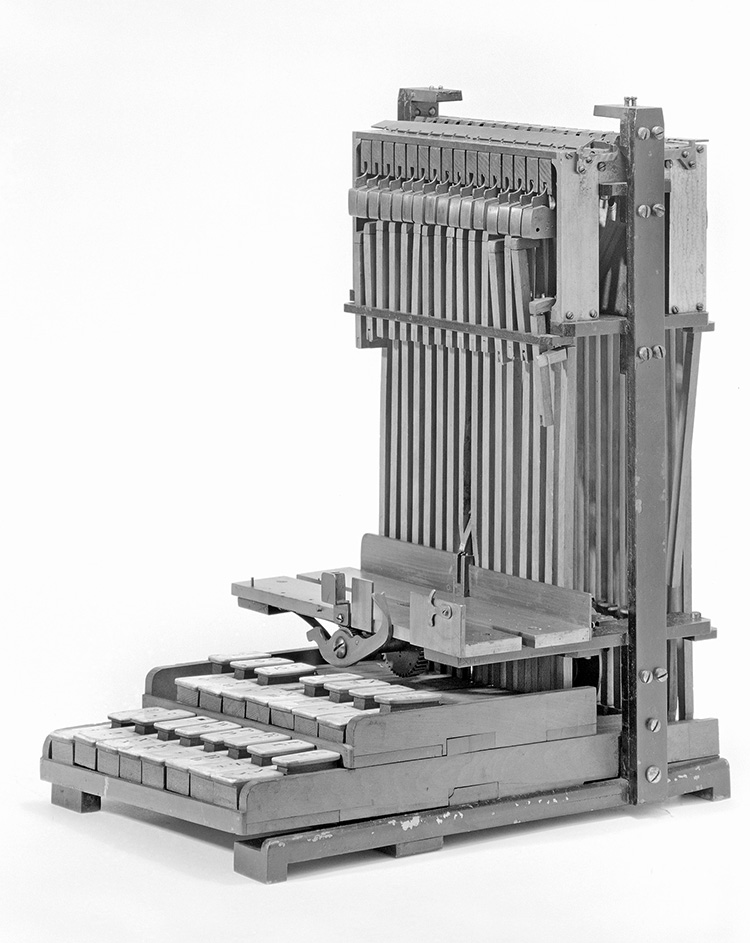