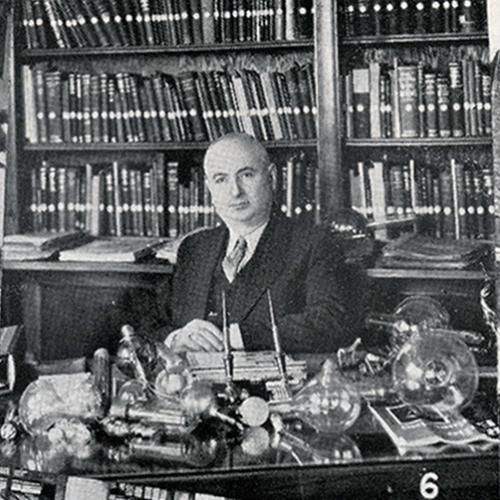 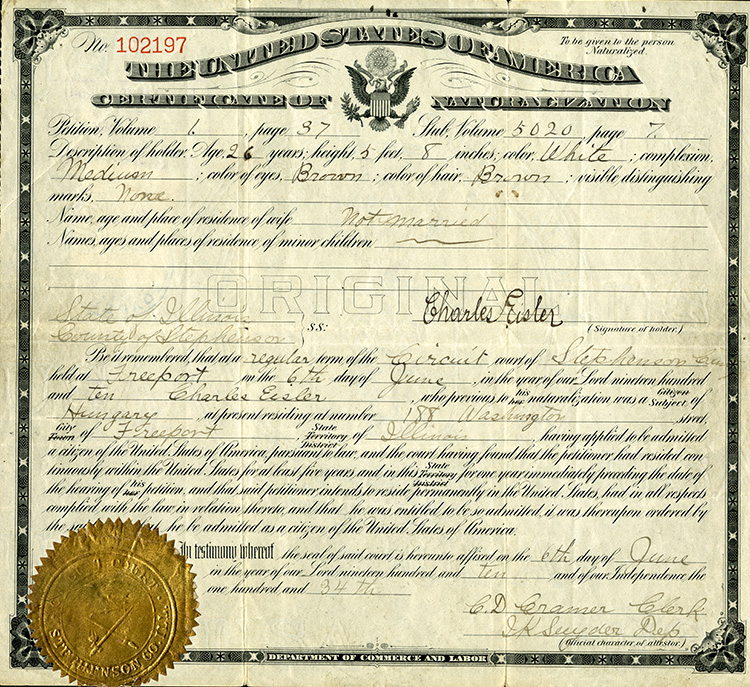 When Westinghouse bought the small company that Eisler worked for, he lost his job—and gained an understanding of how the big electrical companies (General Electric, Westinghouse, and RCA) squeezed out smaller competitors. He started Eisler Engineering in Newark, New Jersey, in 1920, in part to buck that monopoly. 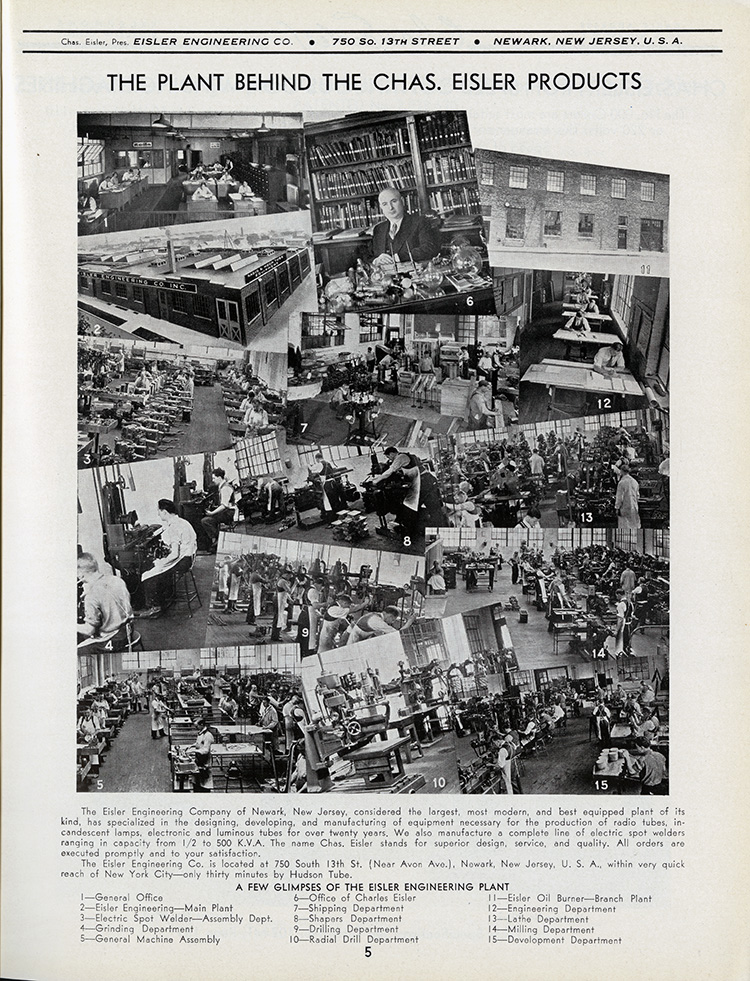 The foreword to the 1924 incandescent lamp-making machinery catalog states, “Mr. Chas. Eisler, Chief of Staff, has designed, developed and constructed more Automatic Lamp Machinery than any other individual.” 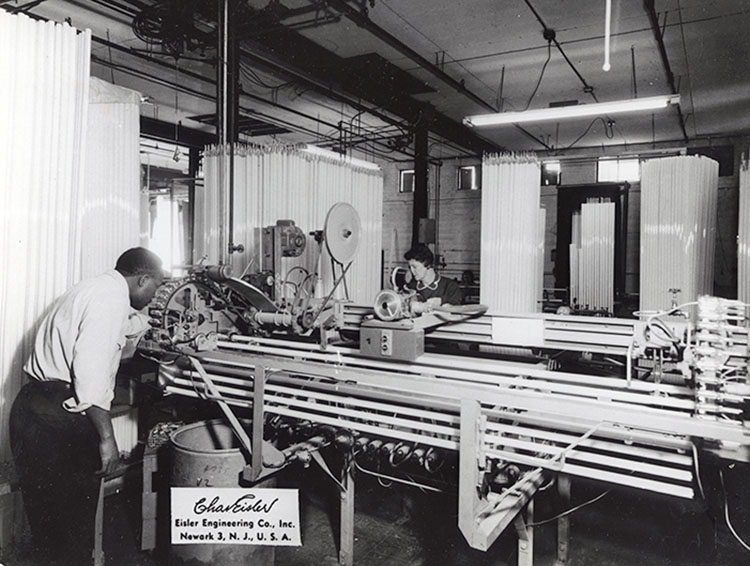 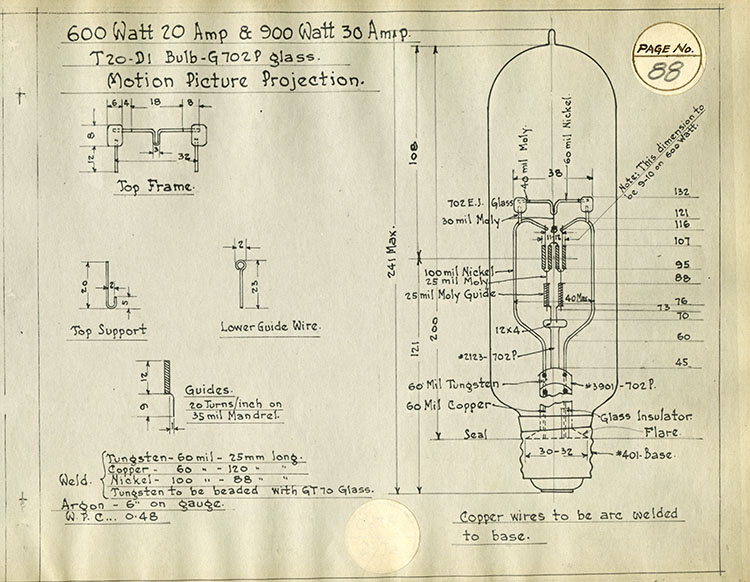 Eisler was active in the Newark, New Jersey, Hungarian community. He donated equipment, clothes, and money to a variety of organizations that assisted Hungarians in the United States and in Hungary.

A series of photographs marking the donation of two ambulances to the US Army by the Hungarian-American community of Newark, New Jersey on 25 July 1943. Left: Charles Eisler introducing Major General Herbert Hargreaves at the podium. Center: Women in traditional Hungarian costume on the steps of City Hall. Right: Eisler presenting the ambulance donation on behalf of Newark’s Hungarian-American community. From Charles Eisler, The Million Dollar Bend (New York: William-Frederick Press, 1960), p. 242.